The African bush. It’s what I miss most during long boarding school terms and what I can’t wait for during holidays. I’m not sure exactly how many times I’ve visited Sabi Sabi – at least once a year every year since I was three and I’m now 16. On our first visit, all those years ago, our ranger was Elliot Mgiba, a veteran guide who has worked at Sabi Sabi for twice the number of years I’ve been alive. And he hasn’t changed a bit. That’s the best thing about our visits, that the good things stay the same – the people, the wildlife, the bush, the game drives.

Of course lots of things have changed in thirteen years. There is the amazing EleFun Centre at Bush Lodge which Jessica and William (7 and 6) visited and loved. They met other children, played games, learnt about the bush, and did creative activities. Julia (15) and I went and played some soccer with them on the new soccer pitch, helped them around the new maze and watched them enjoying the photographic station. Then we left them there and went for lunch at Earth Lodge – our first visit there. 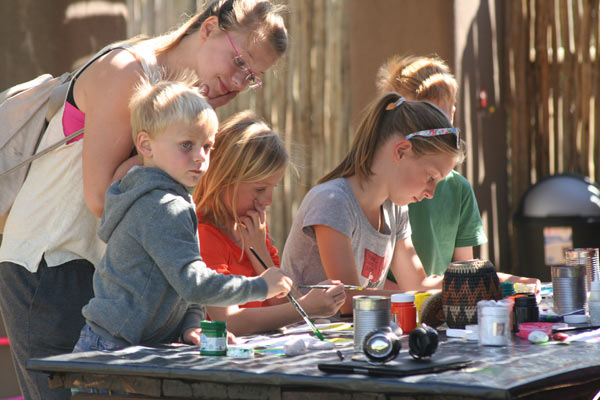 It was amazing to see the lodge we’ve heard so much about. We saw the huge suites with private pools, the new gym that has a huge glass fronted window facing a water feature where elephants often drink (metres away from your workout!) and the underground wine cellar with 6000 bottles of wine (we were allowed to look but not sample…).

Elliot then drove us to Little Bush Camp which is totally different – so small and tucked away in a bend of the river. Amazing to us that each suite has a spa bath on its deck and that such a small lodge has so many different places to have meals (on the river bank, in the boma, under the huge trees etc.)

Usually we visit in the dry winter months of June to August, but this time we visited last December which was very hot, and the bush was thick and green and absolutely full of the sounds of birds, insects, animals and frogs (very loud frogs). And around every corner were lots of tiny impala lambs which my little brother and sister loved.

Our first evening drive started with Elliot looking for a female leopard and her cub that had been on an impala kill earlier that day; but instead of the leopard we came across a lazy hyena. As we watched over the side of the Land Rover, William yelped and pointed – approaching from the other side of the vehicle was the leopard known as the Little Bush Female. It was exciting watching the leopard skirt the hyena, chase him off and call to her cub on a nearby hill. An unbelievable sighting that set the tone for the rest of the visit.

Our first morning drive and we were huddling under waterproof ponchos as rain started shortly after we left Bush Lodge. This was new for us – all these years and we’d never had a wet game drive. We never thought of not carrying on – the rain was warm and sometimes quite hard but we still saw amazing game and towards the end an awesome close up sighting of a female cheetah lying under a tree after quickly eating an impala lamb she had killed. Our first cheetah in ages – wonderful. 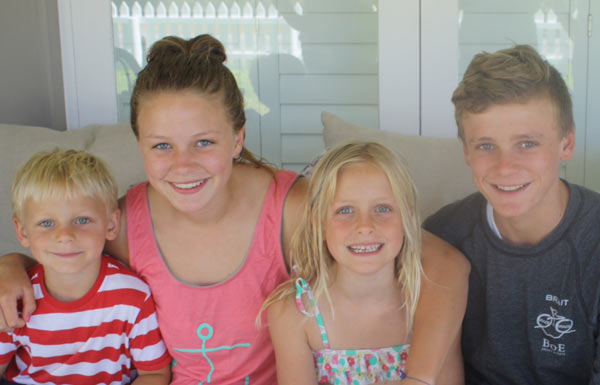 Some people ask if I ever get tired of the bush, but I never do. No two visits are the same; I learn something new every time and I realise how much there still is to learn. This time we saw The Big 5, cheetah, a stunning Martial eagle, other amazing raptors, a huge water monitor and much more. (And we were even treated to a massage at the spa.)

My mum says that Sabi Sabi has completely changed since we started visiting and she’s right; there have been upgrades and new furnishings, new buildings, a new lodge and many, many awards. But it’s still the same special place with an unbelievable safari experience, unbelievable spirit and unbelievable memories. As William said: Sabi Sabi is the best place and Elliot is the best ‘game driver’.