1. The impala is a gregarious antelope species encountered in large numbers at Sabi Sabi. Impalas have developed a number of adaptations that allow them to thrive. Grooming and tick removal are high on the list of survival skills. The impala is the only hoofed animal that allogrooms – mutual grooming from one animal to another – as well as grooming itself. 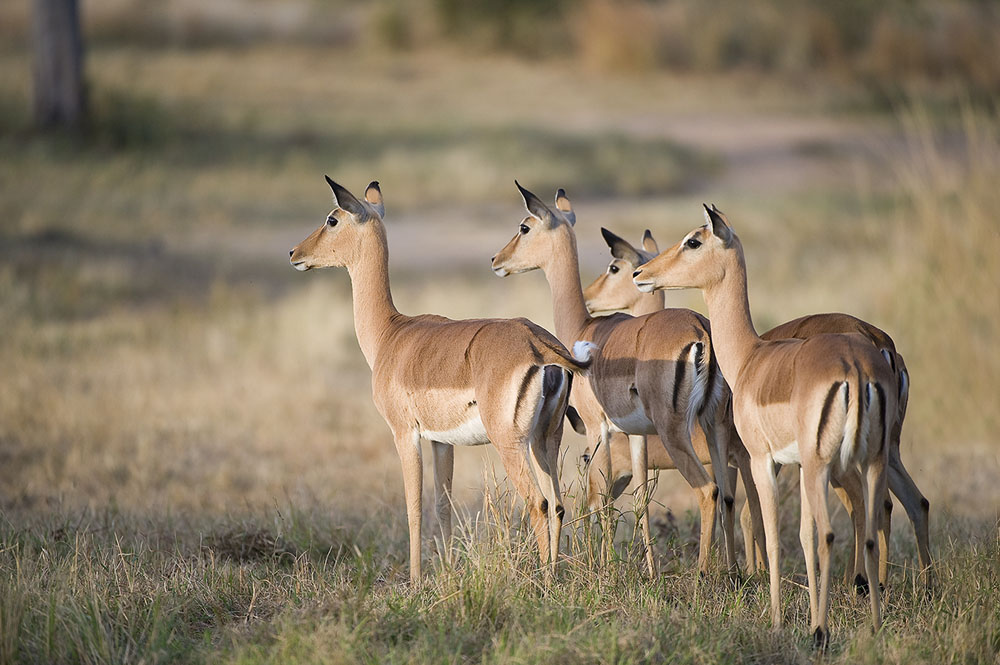 2. An herbivorous species, the impala has adapted to graze and browse, thereby maximising the availability of food. Impala will feed on grasses and herbs, as well as the leaves of bushes and shrubs

3. Male impalas are known for their elegant, spiral horns, which they use to challenge each other in tests of strength at mating time. The winning males herd together groups of up to 50 females, with the younger males or losing challengers joining “bachelor” herds.

4. The impala makes guttural grunts which are audible for a great distance. An alert impala will bark out an alarm that puts the entire herd to flight – and a fleeing impala is hard to catch. Impalas are very fast runners able to leap distances of up to 33 feet (10 meters). They use this technique to escape predators and sometimes, it seems, simply to amuse themselves 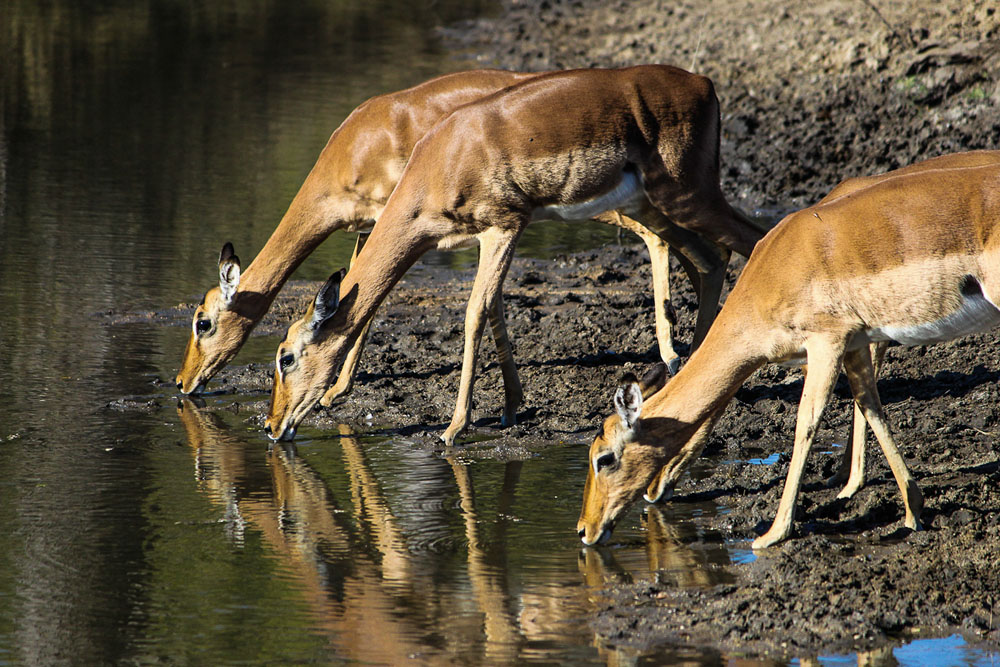 5. Impala have a 7 month gestation period and synchronize their calving so that they all give birth within a few days of one another. At Sabi Sabi, beautiful nursery herds of dozens of baby impala make for delightful viewing and photographic opportunities.