One of my favourite aspects of going out on safari is that you never know what you will see. You could turn any corner and find the unexpected right behind it – be it birds, tracks or animals, and on this particular drive what we saw was indeed very unexpected… 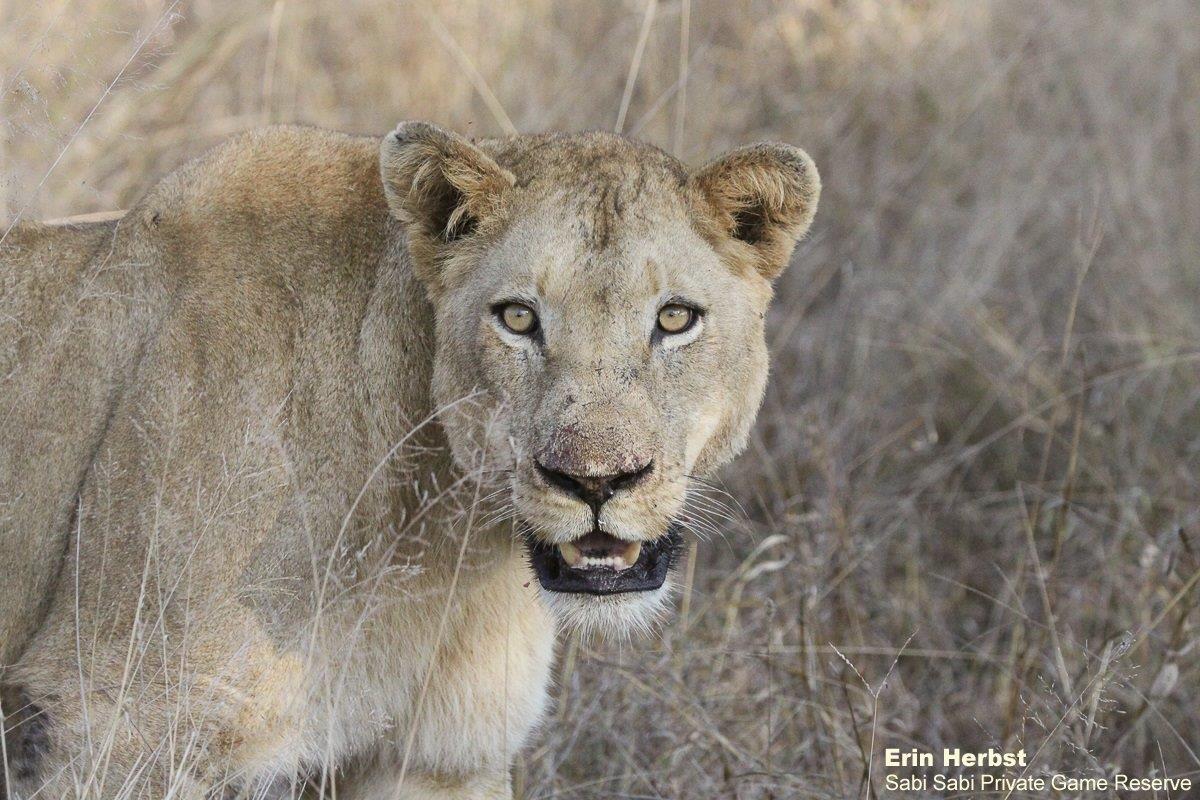 We had stopped for a cup of coffee overlooking a stunning open area. The day was beginning to heat up with the sun almost at its highest, and our safari was drawing to a close. Just as we had packed all our things and were ready for the drive back to the lodge, we were informed about lion tracks and with what seemed to be lion cub tracks too! 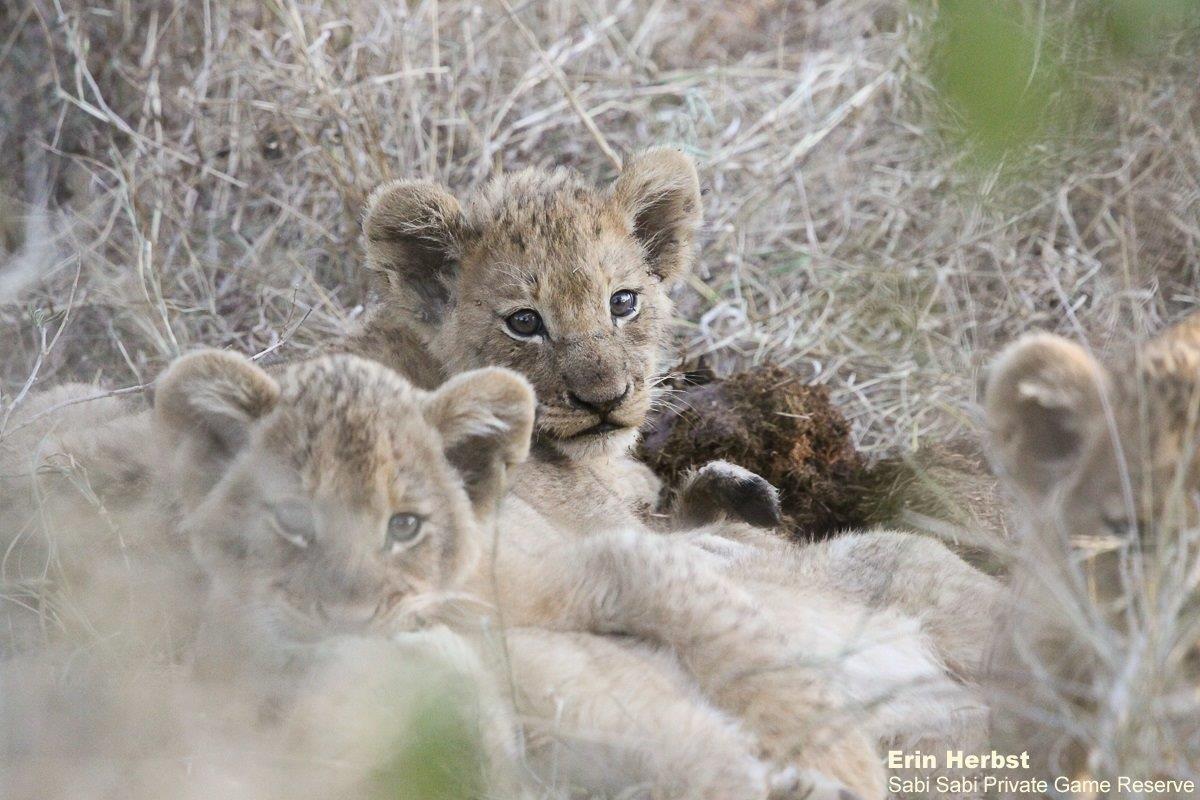 We made a collective decision to follow up on the tracks and hoped that with some luck we might be able to find them. A colleague, Jonas Mhlongo, and I started the search, driving road after road at snail’s pace making sure we wouldn’t miss any sign of them.

We had been tracking them for a short while when I heard him report that he had signs of them going into an area thick with trees. Shortly after he had entered the area, he found them! I made my way to join him, and as we approached, we could see small and stubby, black-tipped tails shuffling around a lioness who seemed even larger next to the small cubs. As we slowly moved closer, we could see two more lionesses accompanied by even more tails popping up from the tall grass. 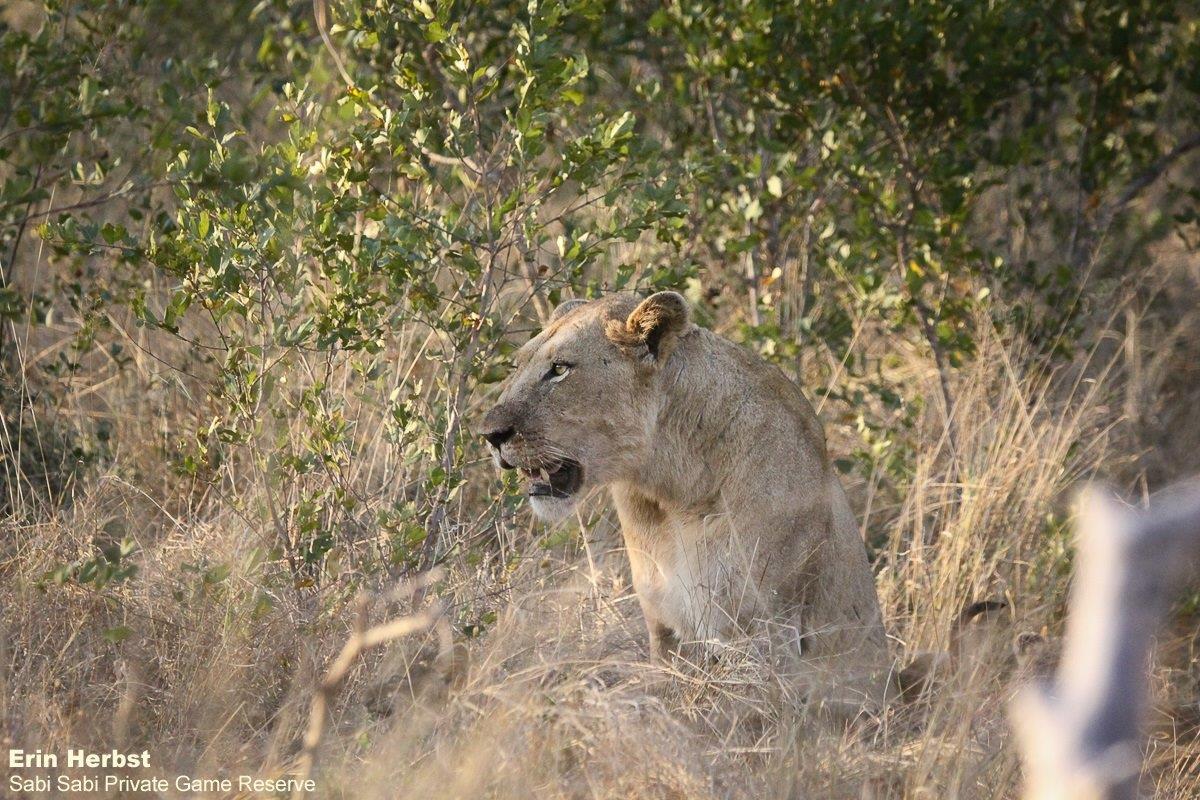 Just when we thought it couldn’t get any better, we noticed that the lionesses had successfully managed to kill a very large kudu bull. We were all in awe of the sight in front of us, and we sat in silence simply enjoying the little squeals and movements of the cubs. 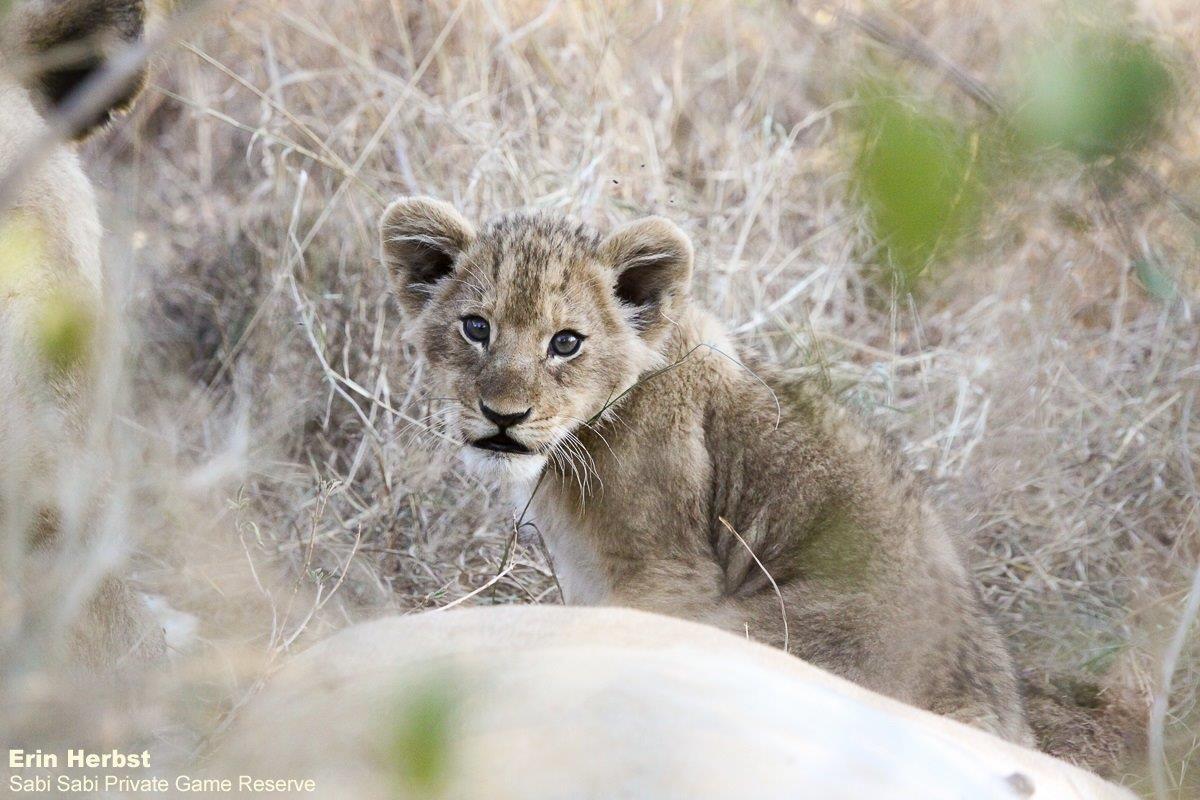 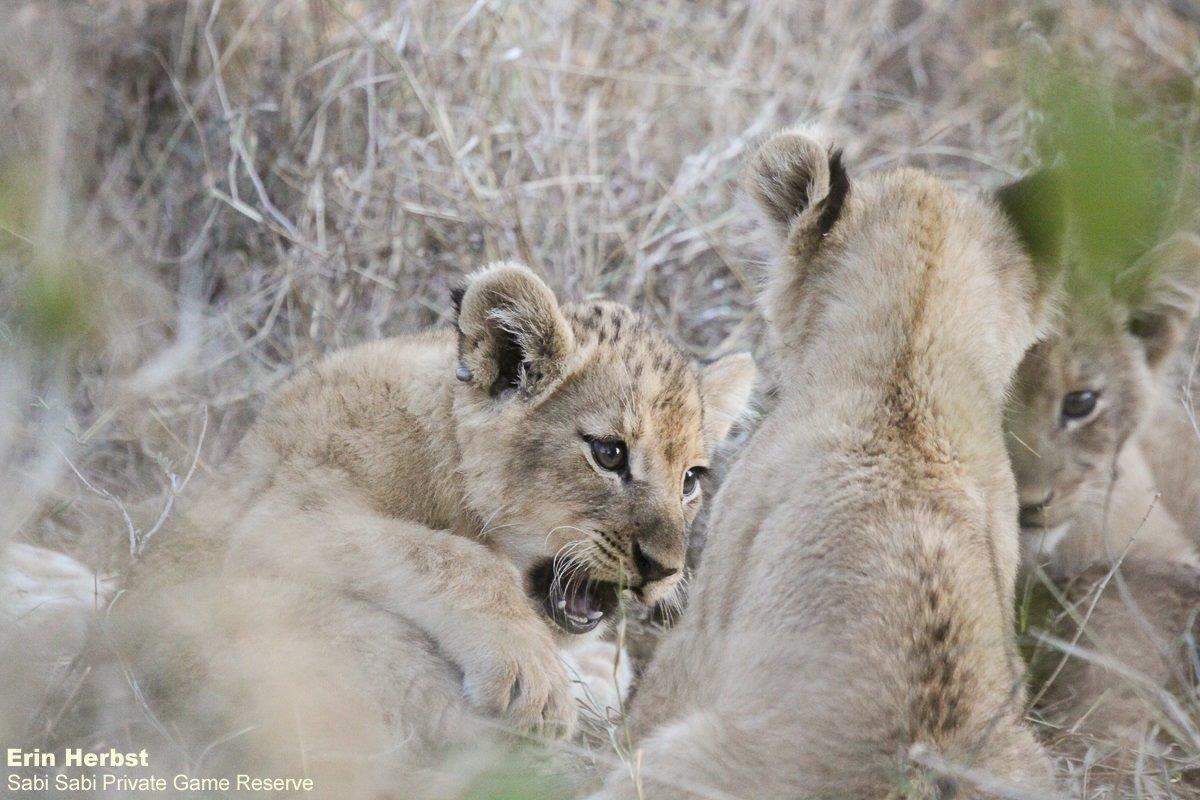 We counted seven small cubs moving in and around the grass and estimated them to be around 4-6 months old. Being this age and as new to the world as they are, we could see that they would need time and space before they would feel comfortable with the vehicles, and so we kept our distance to put them at ease. 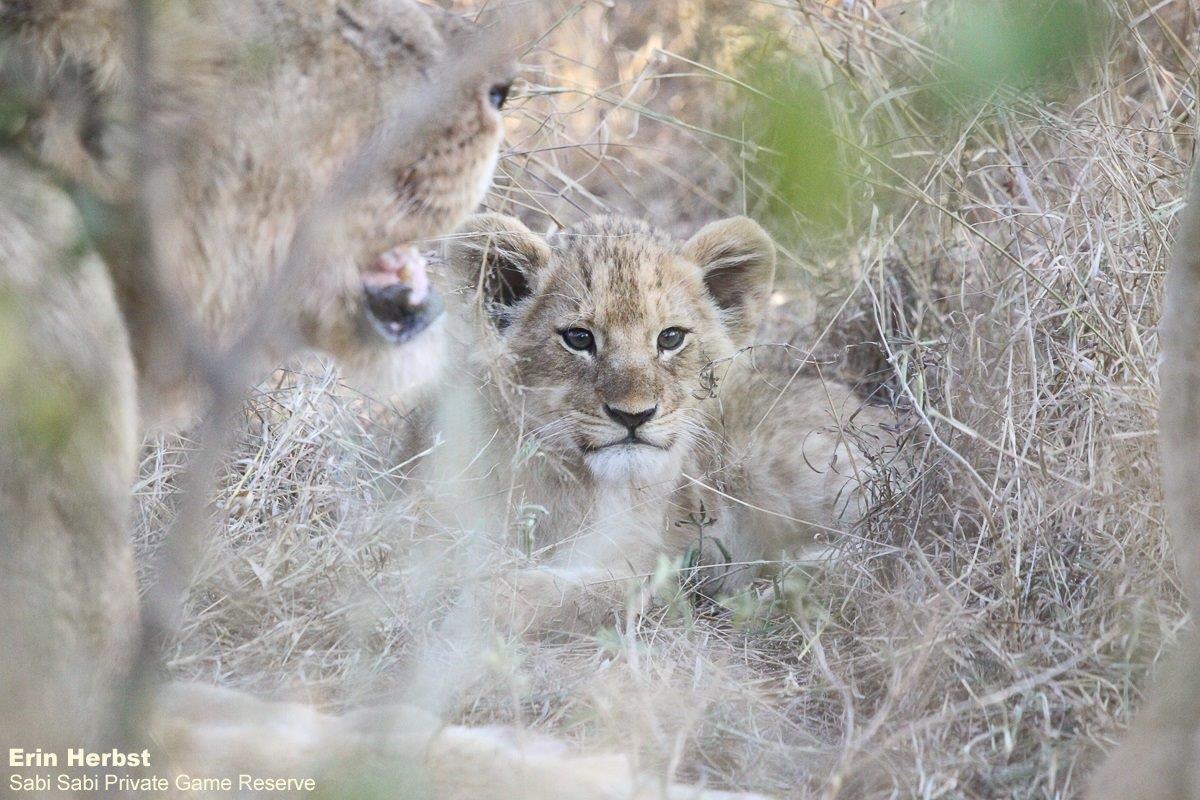 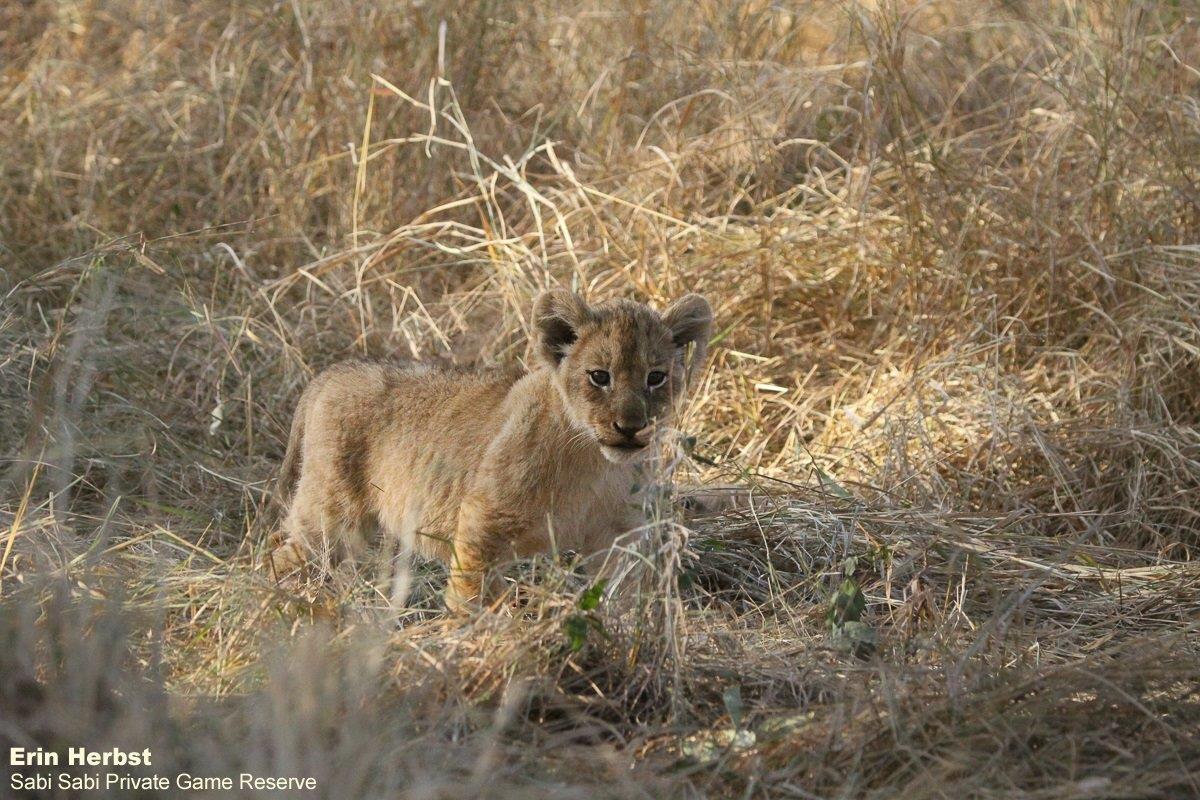 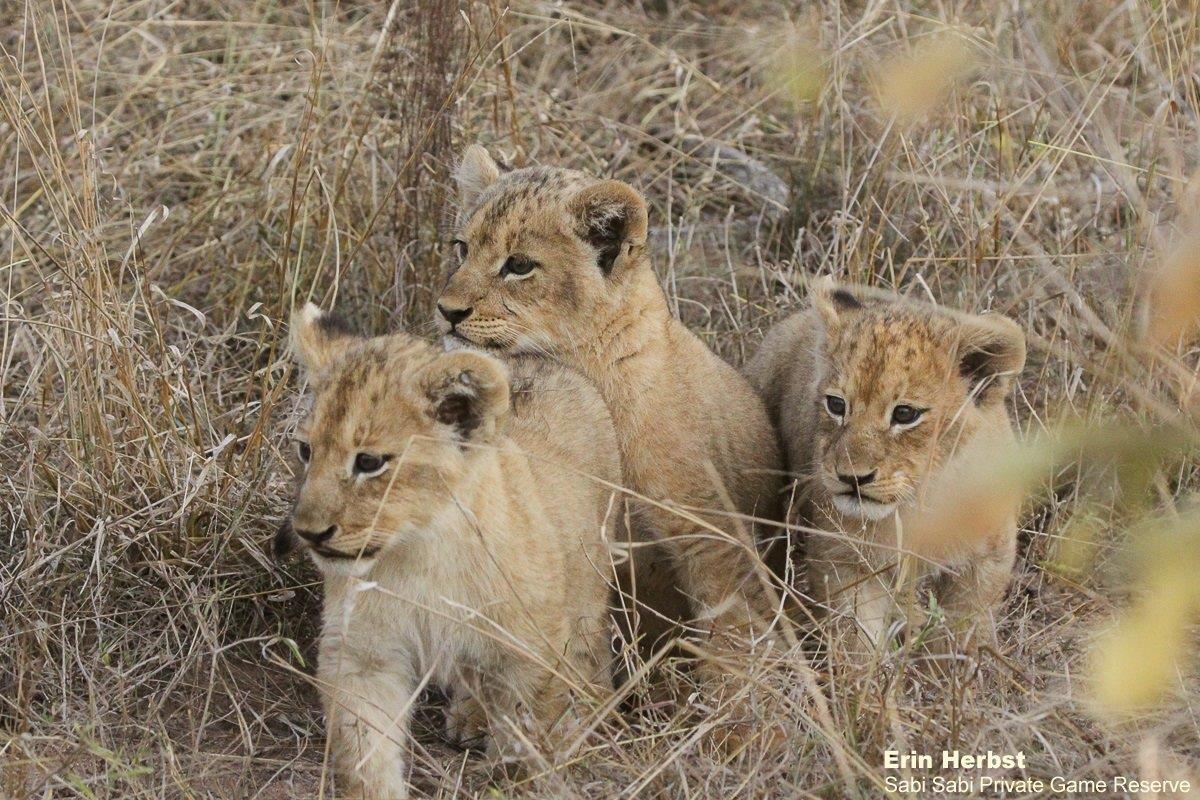 Over the next few days we were spoiled with sightings of them, but kept the number of vehicles with them low and carefully watched the reactions of the cubs and mothers – who were trying to escape from their squealing cubs, that were equipped with small sharp teeth wanting to suckle. 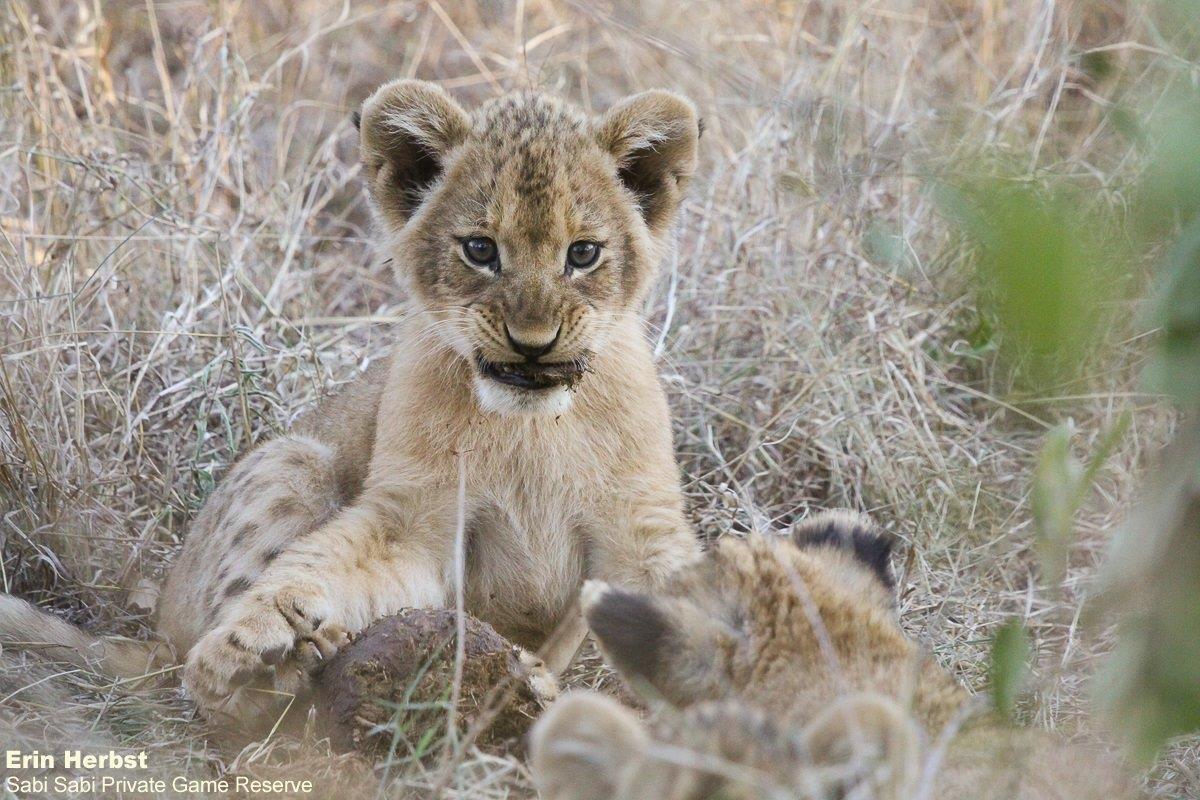 Seeing new life in the bush is a reminder that nature is fragile but can be beautifully resilient when it is cared and nurtured for, and the life of a lion cub is no different. They live in a hostile world with many animals bigger and stronger than themselves, and at this stage in their lives when they start to explore and become bolder in their movements, we hope that the care given by their mothers, and some luck, will see them through to adulthood! 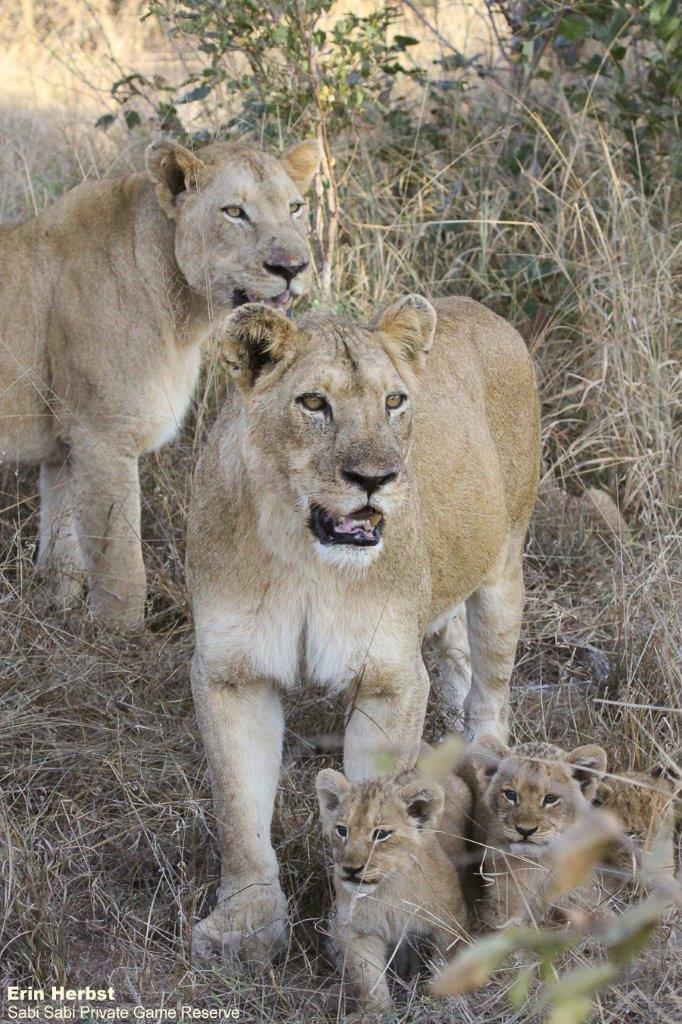