Wild dogs are social animals and live in what is known as a pack. Packs can vary from a few dogs to larger groups of just under 30 dogs. Wild dogs are cooperative breeders which means only one pair, the alpha pair, does the breeding. On the rare occasion that the beta female does have a litter of pups, these are either killed or stolen by the alpha female. The beta pair moves into the alpha position on the hierarchy if anything happens to either of the top dogs. 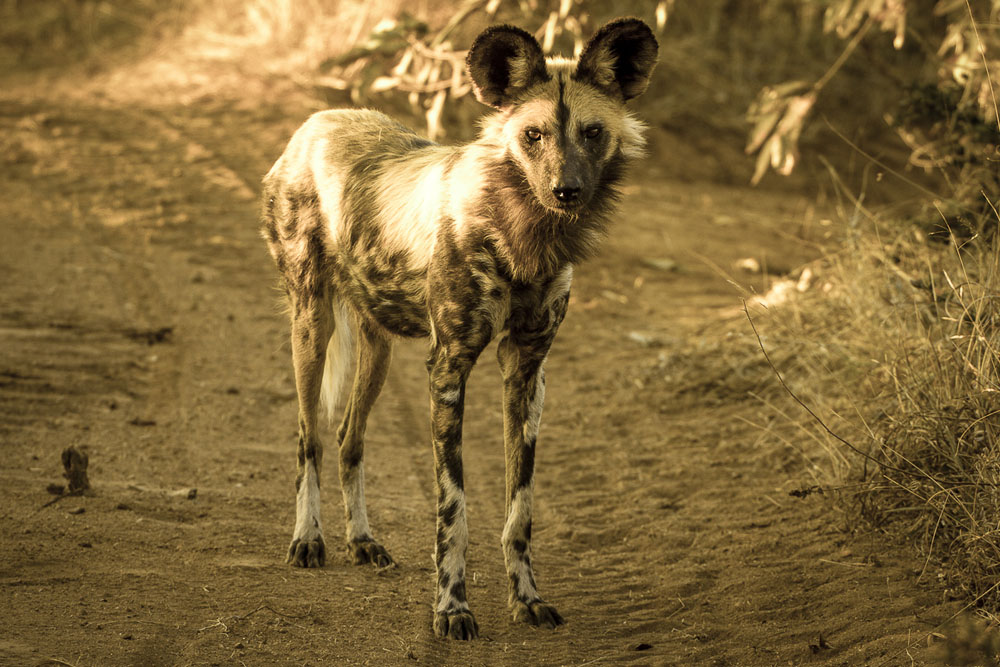 The denning of wild dogs takes place towards the end of the rutting season of impala, usually in May. There are large numbers of male impala that are worn out from the intense competition of the rut and these weakened animals become an easy target for the dogs. Den sites are often abandoned Aardvark holes in termite mounds and these sites offer protection for the growing pups. Litter size varies with 8 pups being the average, but litters of up to 21 pups have been recorded. An adult dog is left to guard the den while the rest of the pack goes out to hunt. 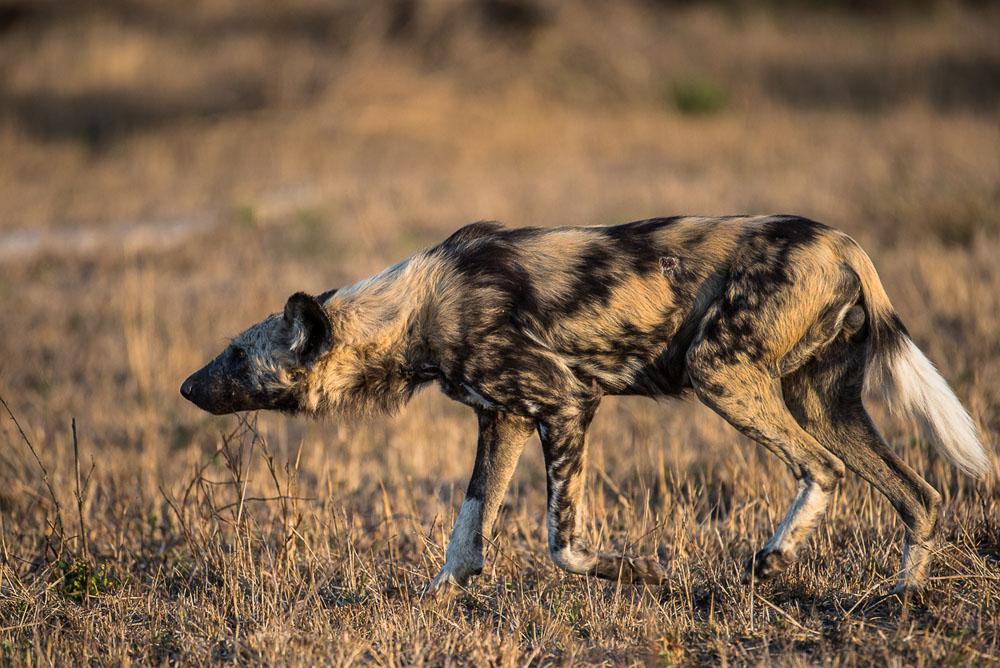 Once a hunt has been successful, the dogs involved will quickly consume their kill, only taking around 15 minutes to finish off an impala (depending on pack size). The meat will then be safely transported in the bellies of the dogs back to the den. On arrival at the den the pups will beg from the adults, often licking their faces to encourage regurgitation. Whole chunks of meat will be brought up and eaten by the youngsters, as well as the den guardian who had remained behind.

This process will take place until the pups are roughly 2 ½ months old. At this stage they will start to move with the pack. During hunts the youngsters will struggle to keep up with the adults and sometimes become separated – but they will then use scent and hearing to relocate the rest of the pack. If this fails the pack will come to find the youngsters, or pack members that get split up during the hunt will take them back to the kill. The cooperation of these dogs is crucial to their survival, and allows them to take down bigger prey than they would manage if they were solitary hunters.

Over the last few weeks we have been very privileged to see these beautiful creatures. They have moved their den onto our reserve and because of this we thought it would be appropriate to teach you a little more about these fascinating creatures.

The African Wild Dog is listed as highly endangered and is the second most endangered mammal in Africa. Their numbers are thought to be less than 5000 with as few as 300 in the Kruger National Park. Now, if you consider that the Kruger National Park is over 5 million hectares in size, you can understand how rare wild dogs really are. With home ranges extending anywhere between 200 and 1000 square kilometres per pack, it is a treat to see them. 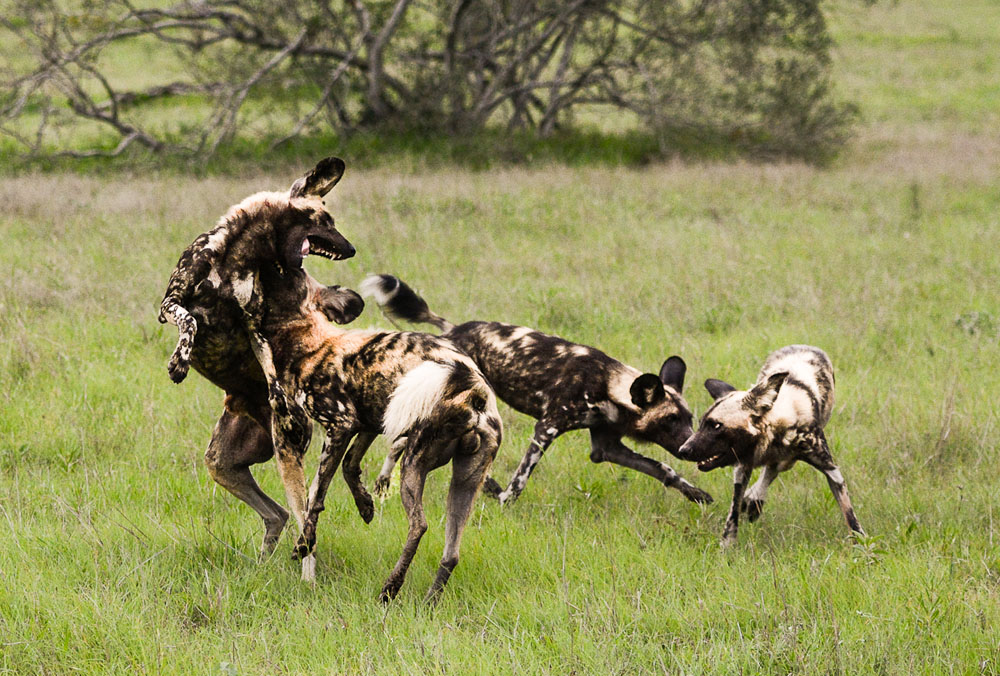 The dogs have an amazing hunting strategy, making them the most successful hunters of any of the predatory mammals on the continent, with a success rate of around 80%. The packs chase their prey down over long distances, maintaining a running speed of 60km an hour for several kilometres. This leads to the weaker animals in the prey herd falling back and putting them in the perfect place for the dogs to catch and kill their prey. When feeding, these animals will devour their kill in 10 to15 minutes.

The pack is led by an Alpha Male and Female who do most of the breeding and can have anywhere up to 20 pups in a litter. There is a high infant mortality rate because of competition from lions, leopards and hyenas. When the pups are young the dogs will stay put in a relatively small area, hunting, eating and then running back to the den to regurgitate food for the pups and the den guardian. The den needs to be moved every so often to get relief from the parasite loads that build up during their stay. 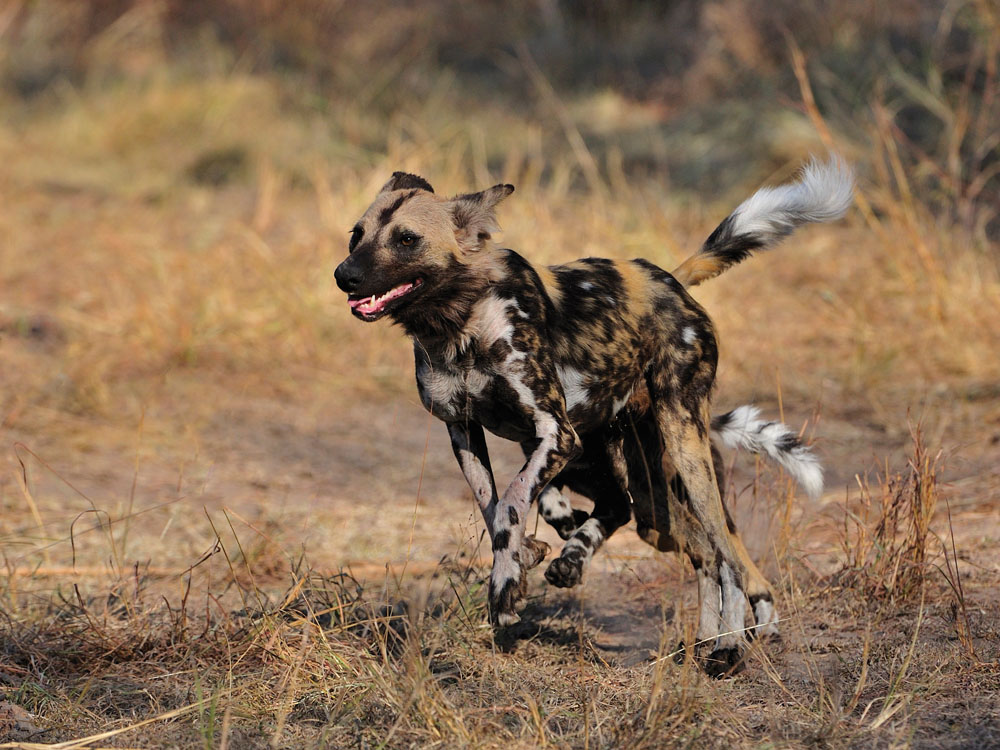 As much as there is a desire to help this amazing species before it becomes extinct, it is incredibly difficult to find places to let them roam free. With the large home ranges required and the huge food consumption (sometimes as many as 3 impala in a day) there are not many places that are large enough to contain them or are willing to lose huge numbers of game stock. Hopefully we can keep expanding reserves so that we can get their numbers back to an acceptable level.