The waterbuck is one of the many antelope species that we have here at Sabi Sabi and is one that we rangers can sit and chat about for hours. This photogenic antelope boasts a number of evolutionary adaptations that have made it a major success in the bushveld environment.

As the name suggests, these animals are very water dependent and will never be seen too far from a permanent water source. They have been known to evade predators by rushing into water as the predatory cats, such as lions and leopards, are very reluctant to get themselves wet – even if it means missing out on a meal. 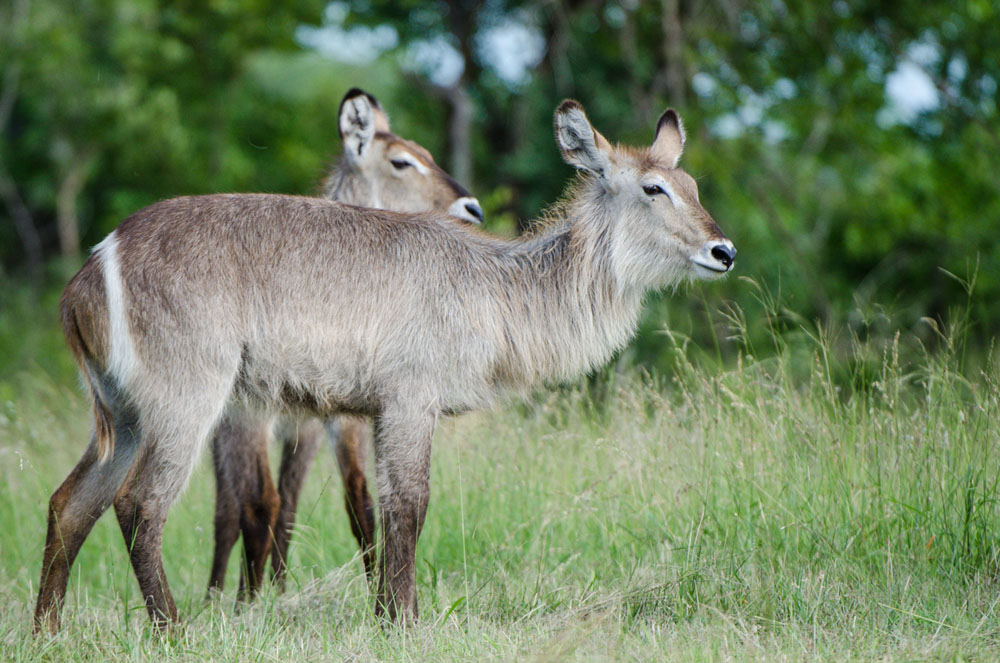 The trademark white ring around the waterbucks’ hindquarters is used as a “follow me” sign. If one of the group spots a predator and runs, the rest know where to follow to avoid becoming dinner for one of the hungry cats. This white ring has also led to many myths about waterbuck. My favourite fable is the one where it is told that they were the first animals to climb onto Noah’s Ark and were the first to use the toilet before their long journey. The newly-installed toilet seats on the Ark were still wet with paint and left a distinctive white ring for everyone to see. 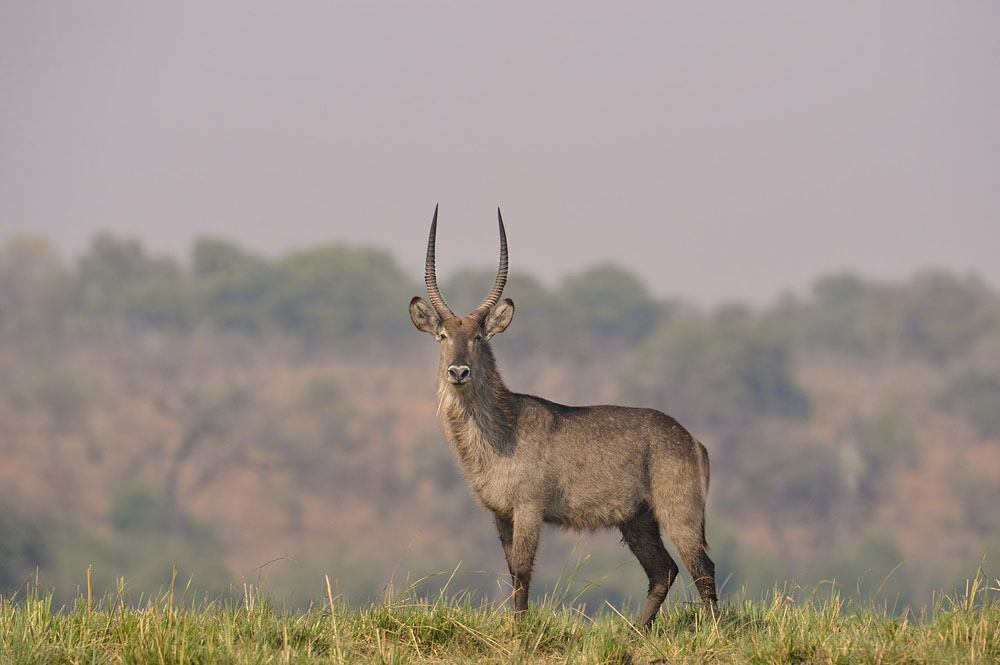 Waterbuck have a lot of hair around their necks neck making them look as if they should be living in much colder climates, but there is a functionality to this hair as it is all hollow. The hollow hair allows for extra buoyancy when swimming, helping the waterbuck to keep their heads above the water. Now as we all know, hair can become saturated with water and if this was the case with the waterbuck the hollow hair would do the exact opposite of its intended function. To stop this saturation and keep the functionality of the hollowness, the waterbuck release a special oil over the hair which repels the water and keeps the hair dry.

This oil has a foul smell and for a long time was believed to be distasteful to crocodiles thus keeping the waterbuck from being eaten when they enter the water. This theory has however been disproved over and over again. On 2 occasions last year we actually witnessed crocs feeding on waterbuck. The latest theory on the oil is that it may aid as an insect repellent and minimise the number of ticks on the waterbuck.