The Tamboti tree, Spirostachysafricana, is a medium sized deciduous tree which grows in the warm regions of Southern Africa (excluding Lesotho). The name loosely translates as “spirally arranged African tree”, referring to the spiral manner in which the flowers grow. In South Africa the Tamboti is a protected species due to the unsustainable overuse of its wood. 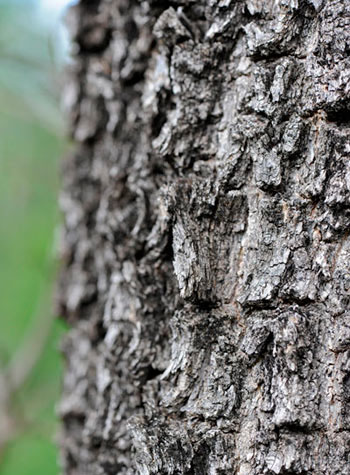 Although Tamboti trees will grow in most soil types, they flourish along rivers, streams and drainage lines with brackish clay soils. They tend to grow in single species thickets which can be clearly seen at Sabi Sabi where there are small Tamboti “forests” with a mix of juvenile, sub-adult and mature Tamboti trees. In these copses the differences between the various aged trees is easy to compare. Young Tamboti trees have grey branches, while the older trees have a dark grey to almost black bark with a distinctive rectangular pattern. The rounded canopy atop a straight, bare trunk has deep to light green leaves that turn bright red before they drop in winter.

The trees are monoecious, meaning male and female flowers grow separately on the same tree. In this species there are large quantities of golden pollen covered male florets all situated in the top of the tree and a smaller quantity of red female florets growing lower down. The flowers, which are borne on drooping, catkin like spikes 15 – 30 cm long, appear in spring before the leaves.

The Tamboti is well known for the milky latex it secretes which is poisonous to humans, but not to animals. It is a very popular food source for many species of antelope, for elephants and monkeys; black rhino are particularly partial to the Tamboti and porcupines enjoy the bark to such a degree that they sometimes ring bark the trees causing them to die. 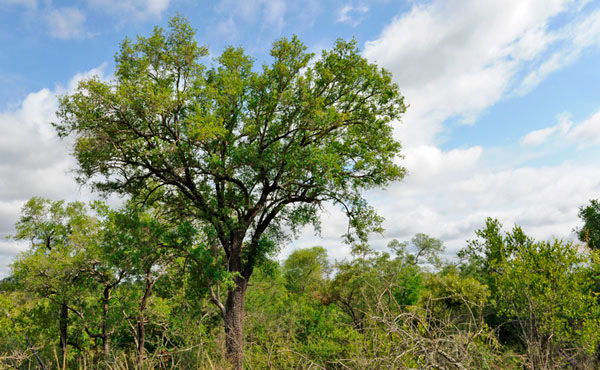 The fruit of the Tamboti looks like a three lobed capsule. In the summer months when they ripen, these capsules burst open with an audible sharp clapping sound before dropping from the tree, heralding a great feast for francolins and guinea fowl. Some of the seeds can be seen “jumping” around on the ground – hence the nick-name “Jumping Bean Tree”. This jumping movement is caused by the larva of a small grey moth from the Pyralidae family, which contorts inside the seed making it move around. 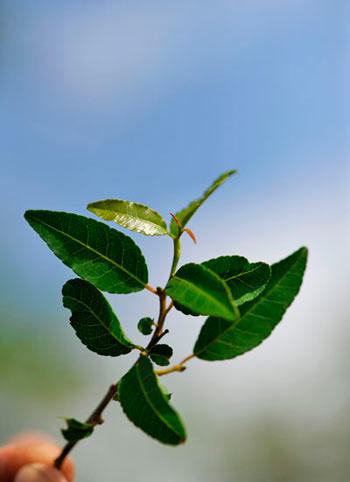 The Tamboti has a host of practical and medicinal uses. Tamboti sap is used by indigenous healers for the relief of toothache. The extremely hard and beautiful wood is highly sought after in the manufacture of furniture. Cutting the wood needs to be done with great care, as the tree sap and sawdust can cause eye and skin irritation. Smoke from burning the wood is also very poisonous and can cause severe stomach upsets. However, this highly scented wood is highly effective in keeping away insects. Tamboti clothes hangers keep fish moths away – even a small piece of wood placed between clothes will be effective. The Herero tribe in Namibia make sweet smelling beaded necklaces from the wood. It is said that if you scrape a one hundred year old piece of Tamboti wood it will still give off its strong sandalwood-like scent. The milky latex which oozes from the tree has been used for centuries by the local tribes for poisoning fish to make for an easier catch, and for applying to the tips of spears when hunting.