Talon grappling and tumbling is a frequently seen behaviour in raptors, associated with territoriality, courtship, and possibly in play.

In a place as unforgiving as Africa there are often occasions where animals will compete for territory either with the same or with other species. Birds are no different and will often engage in very elaborate displays to figure out who will stay and who must go. Large raptors, such as eagles, will fiercely defend their territories and engage in talon grappling as one of the mechanisms to figure out who will be the victor. 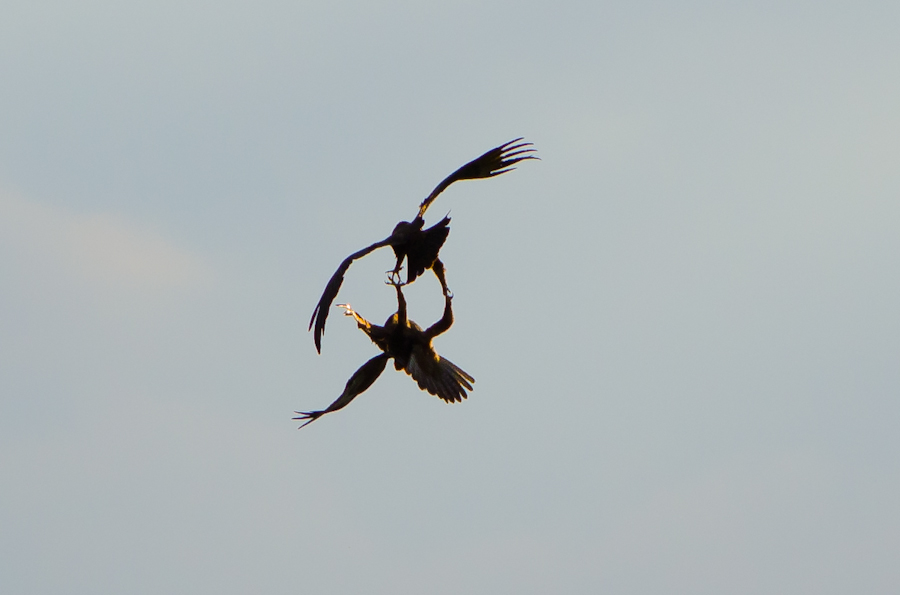 As seen in the above photograph, the two birds grab each other’s feet, cling together and then tumble through the air. The aggressor flies down at a steep angle – an action called stooping – and with open, extended talons tries, from behind, to grab the interloper which has flown into its territory. To defend itself, the intruding bird rolls onto its back mid-flight with its powerful claws at the ready, and the two birds lock talons, gripping and holding on as they tumble towards the ground. As they fall through the air both birds will start trying to fly, which causes them to spin in a circular motion called cartwheeling. With legs extended and talons locked they may only complete one or two revolutions before finally letting go. 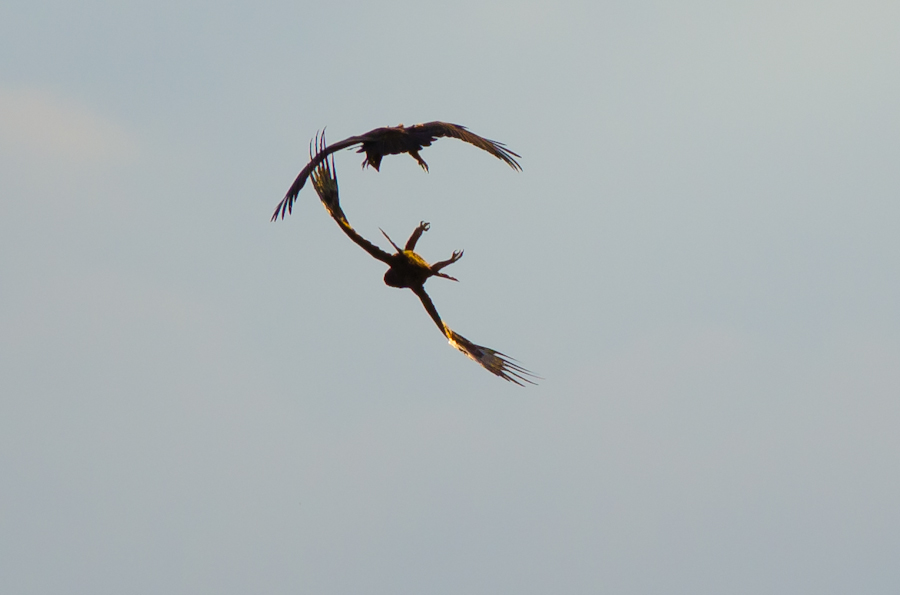 There have been documented cases of birds being unable to “un-lock”, remaining joined together until they crash to the ground. Some birds survive the impact, remaining dazed on the ground for a few minutes before recovering sufficiently to fly off. The unfortunate ones don’t survive.

Talon grappling is seen during courtship displays by paired adults and in what may be play or learning behaviour by immature eagles. However, because it so often occurs between unpaired birds of the same species and sex, (and even on occasion between different raptor species such as Bateleur Eagles and Yellow-billed Kites), it would appear that talon grappling is, in the majority of instances, an aggressive method used to resolve territorial conflicts.