Spotted hyenas, (Crocuta crocuta), are the largest and most common of the hyena species in Africa. Brown and Striped hyenas are the other two. The Spotted, also sometimes called the Laughing Hyena, is found in sub-Saharan Africa, living in drier environments such as savannah, bushveld and desert. 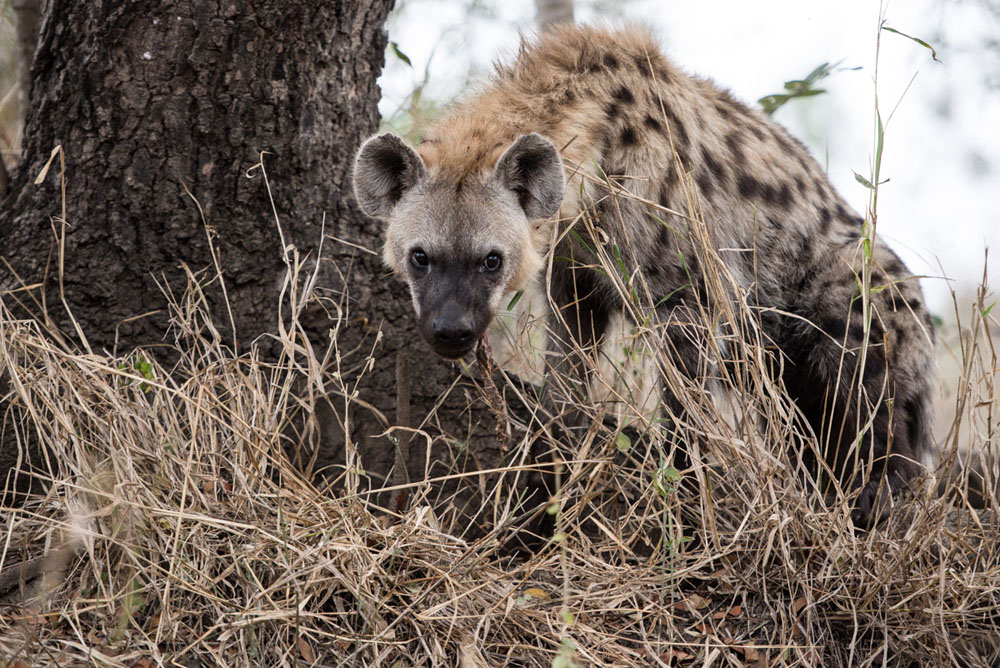 These powerfully built animals are the second largest four-legged hunters in Africa – next to their mortal enemies – lions. They are often known as scavengers, eating the leftovers of other predators. But they are actually extremely intelligent and successful pack hunters, taking down various plains game. Being omnivores, they will also eat birds, lizards, snakes, insects and plants. 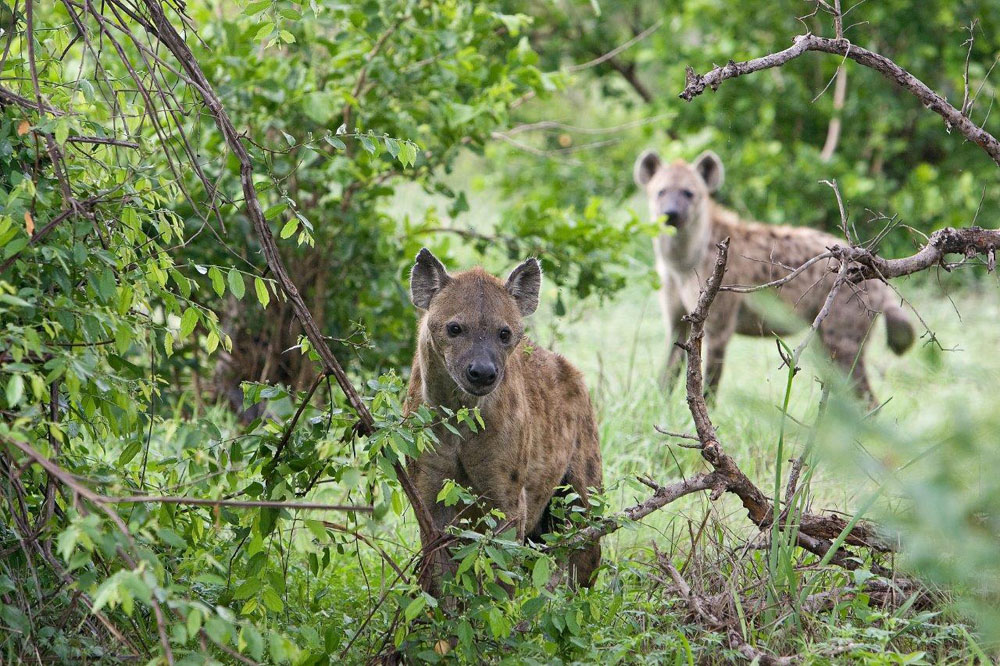 Although hyenas appear fairly similar to dogs, they make up a separate biological family that is more closely related to cats and to the mongoose and meerkat family. Unlike most other mammals, the female of this species is larger than the male.

Spotted Hyenas live together in groups called clans that may have up to 80 individuals, with females dominating and far outnumbering the males. The matriarch or alpha female is generally the oldest and most experienced member of the clan. Her young are of high ranking and will often take over leadership should the matriarch die. 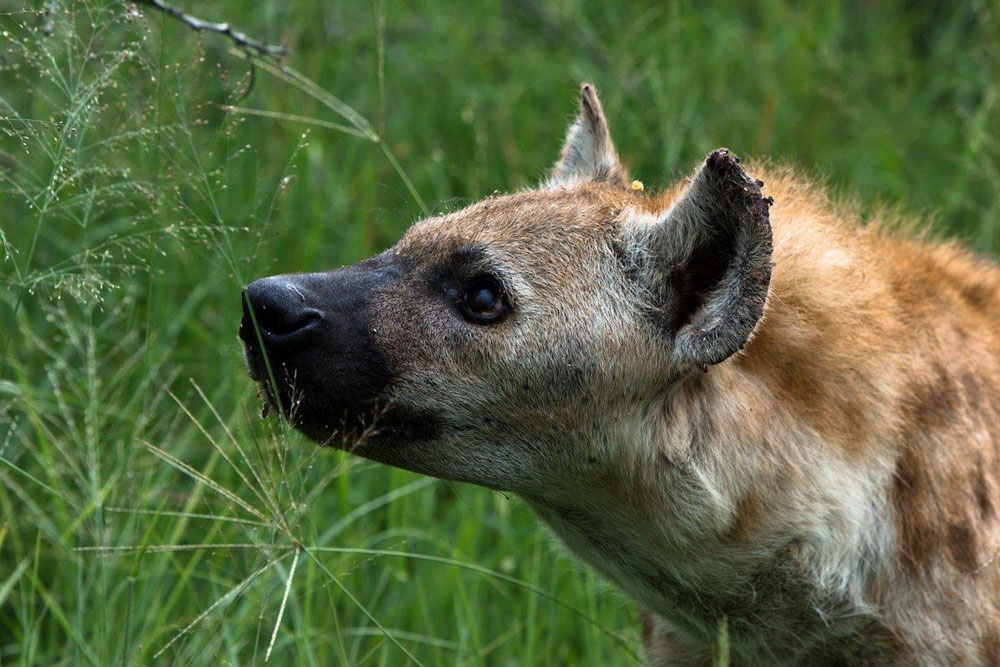 The jaws of the spotted hyena are said to be the strongest in the entire animal kingdom, although there is some debate whether or not the Tasmanian Devil has stronger jaws proportional to its size. The hyena is capable of crushing and grinding even the largest of bones.