1. Scorpions are from the class arachnida, and are very closely related to spiders. There are almost 2000 scorpion species, of which only a small percentage have deadly venom. 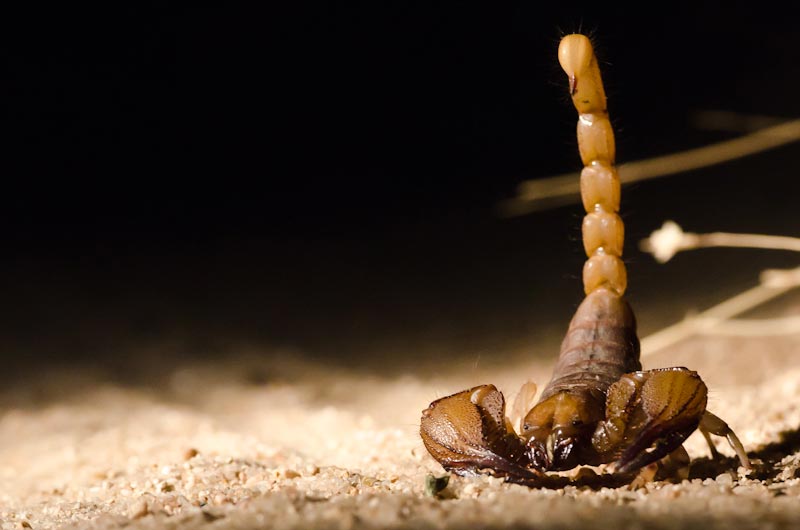 2. There are 2 main families of scorpions.Buthidae are more venomous and have small pincers and a large tail: Sconpionidae, with their large pincers and relatively smaller tail are slightly less dangerous.

3. Scorpions are found in almost every type of habitat on earth, except in areas of permafrost or very dense grass. Being burrowing creatures they are unable to survive without loose soil.

4. Scorpions are great survivors: they can be totally submerged in water for 2 days without suffering ill effects: They can survive in temperatures below freezing and above 50ºC: 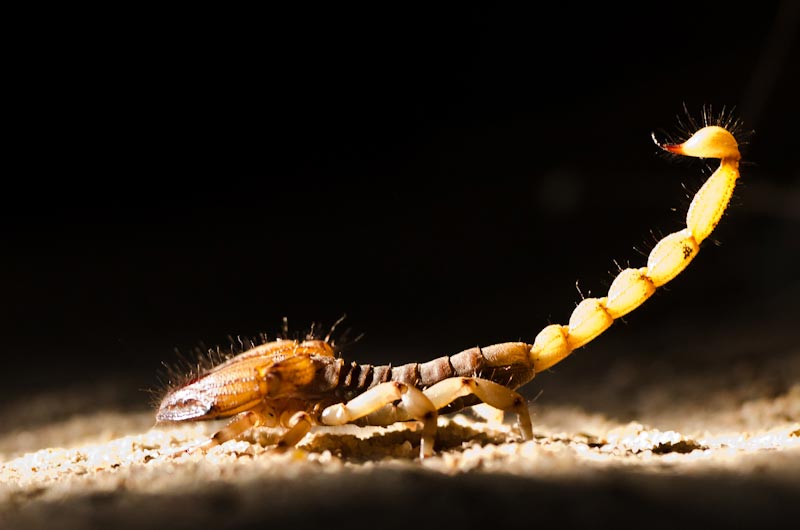 Some species can survive with eating just a single insect a year.

5. Scorpions typically eat insects, but their diet can be variable. The sensory hairs on the scorpions’ pincers can detect prey movement up to 50cm away.

6. Scientists aren’t sure why, but scorpions are fluorescent under ultraviolet light.