Have you ever wondered why insects, especially moths are drawn to lights and flames – hence the saying “Like a Moth to a Flame?”

The theory is that these insects use light, such as the moon or the sun as their mechanism for navigating flight. By keeping the rays of these “infinitely distant” bright sources of light at a constant angle to their eyes, the insects are able to fly in a straight line. During the day this is no problem, the sun is the brightest light source to be used as their point of reference, but at night an artificial light source confuses them. By trying to keep the angle from this nearby light source constantly the same, the moths keep readjusting their flight path, and eventually fly around in circles. Moths also use their antennae as flight support. Previously these were thought to be used just for smell and touch but research has shown that moths also use their antennae as a “gyroscope” to stabilise their flight. The antennae will measure the pitch and angle of flight allowing the moths to orientate themselves and follow a specific course. 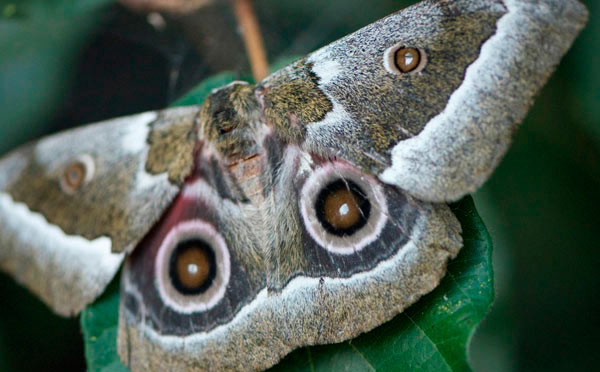 Other senses used by moths would be those of sight and sound. Apart from using their eyes in celestial navigation, adult moths may need to see in order to find food. Their eyes are covered in a special film which does not allow any reflection of light. This film both protects the moth from predators and also allows it to see better in the dark. Scientists are trying to mimic the properties of this anti-reflective coating to make solar cells more efficient. 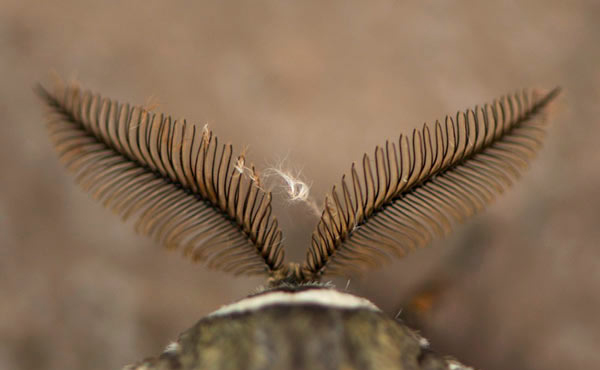 Although not all moths have ears, some have super-sensitive hearing which helps them to evade any bats which may be out looking for dinner. They will escape from these predators by changing their course of flight or by tucking in their wings and dropping to the ground. Some moth species have even evolved the ability to emit their own sonar pings which disorientate the bats’ echolocation mechanism. 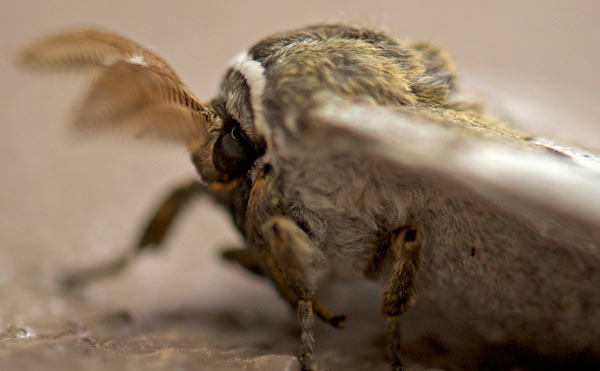 Moths belong to the order Lepidoptera which actually means “scaly wing”. A moth’s wings are made up of layers of a hardened protein called chitin which forms thousands of small scales that are light enough for flight, but strong enough to support the insect’s body. These little scales are very easily damaged. If you have ever handled a moth and got the “hair” off the wings, those are actually scales. Moths often have “eyespots” on their wings, which are used as further protection against predators. When the moth opens its wings and shows these eyespots, it appears extremely large, fooling predators into thinking that the moth is too big to eat. 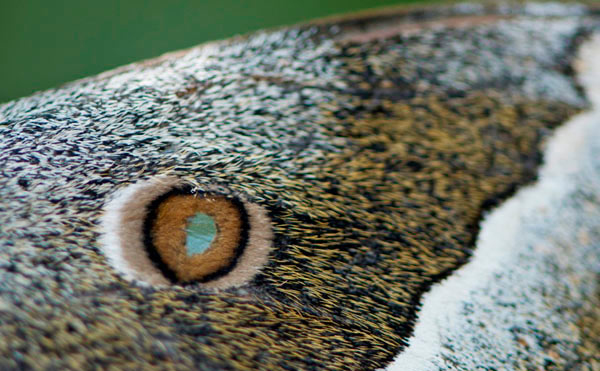 All in all, this amazing insect has evolved perfectly; it can navigate, so is able to move from one place to the next, and it has learnt to evade predators. But what is its purpose? There are 3 main ecological functions which moths fulfil.

1) Moths as plant controllers: The caterpillars of moths are herbivores and feed heavily on certain plant species, which in turn controls the plants. (However, in cultivated areas there are some moth caterpillars which have become major agricultural pests.)

2) Moths as pollinators: Moths pollinate many different plants species and there are certain plants that would not exist were it not for moths.

3) Moths as a food source: As good as they are at evading predation there are still moths that end up on the dinner menu. Many nocturnal hunters including bats, some owl species, chameleons, spiders etc. eat moths. In various indigenous tribes moth larvae are a nutritious delicacy.