1. The largest of Africa’s cats, Lions are heralded the world over as symbols of strength, pride and courage.

2. Uniquely for cats, Lions live and hunt in groups, called prides. They have a highly evolved social structure in the pride, which consists of several related females and their cubs, and two or three territorial males, usually brothers. 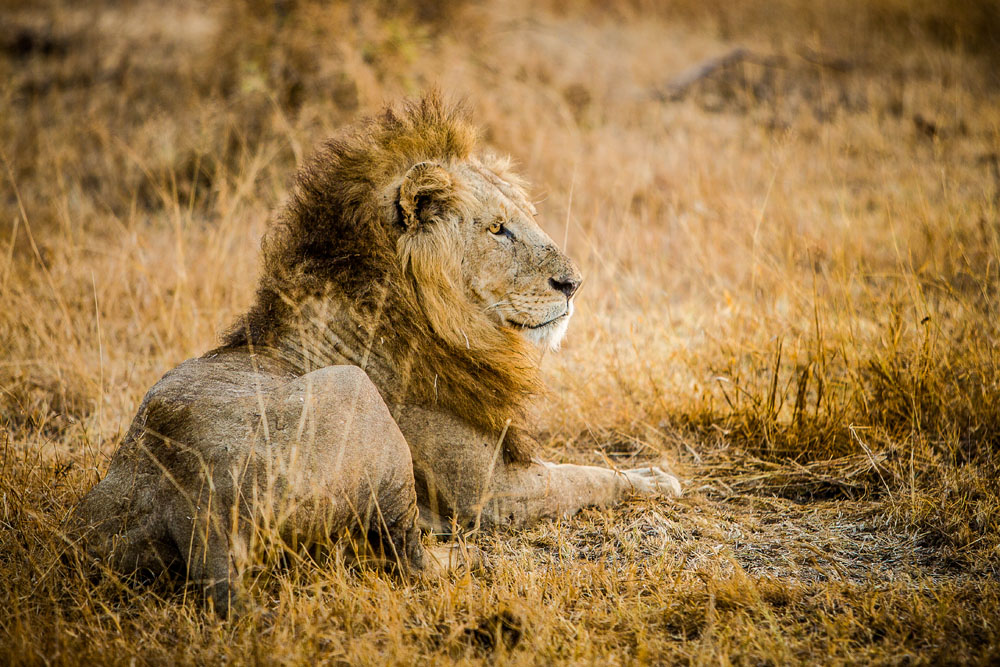 3. Lions will spend between 18 and 20 hours a day lying down and sleeping, often using this time display affection by rubbing and licking other pride members.

4. Male Lions are the only cats with manes.

5. Although a sophisticated system of teamwork (mainly amongst females) make Lions formidable hunters, almost half of all their food is scavenged by scaring other predators species off kills.

7. At Sabi Sabi ….a large pride of lions have formed a lethal hunting group taking down animals that include Giraffe and Buffalos.