Leopards are carnivorous mammals in the family Felidae. The genus, Panthera, contains 4 species of big cats; tigers, lions, jaguars, and leopards which are the smallest of the four. They are found in a variety of environments – from coastal mountains, to desert, to the bushveld. Due to loss of habitat and hunting area, the population of leopards has decreased rapidly, and is now mainly found in Sub-Saharan Africa and in parts of Indonesia and China. According to the IUCN, the leopard is especially endangered outside of Africa and has been listed as “Near Threatened”. 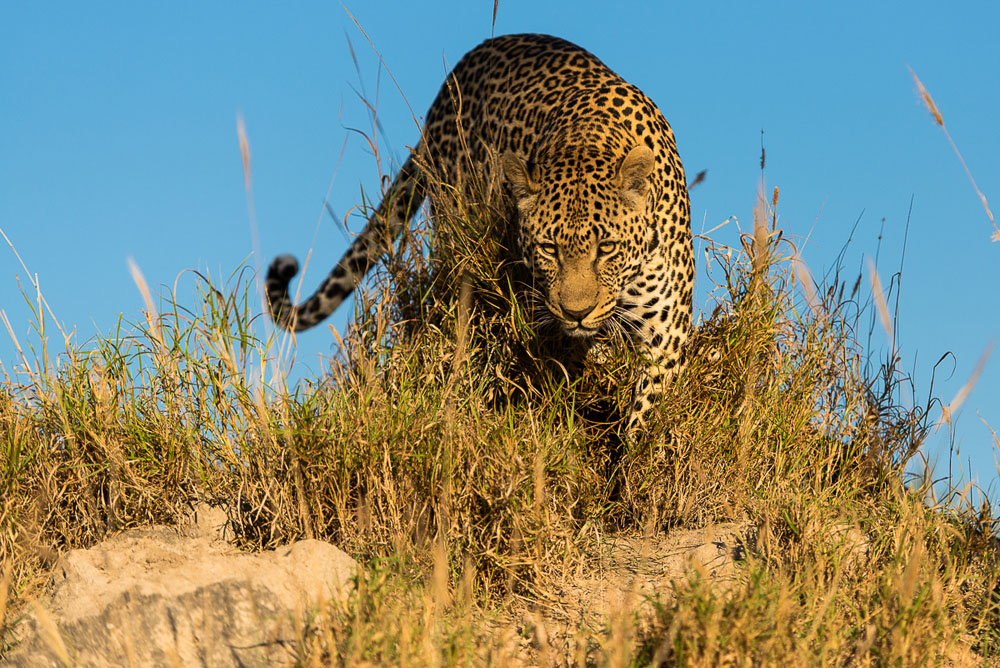 The males of the species are much larger than the females, with large males in the bushveld weighing as much as 91 kilograms and females up to 60 kilograms. However, male leopards in the coastal mountains of South Africa are less than half the size of their bushveld relatives, possibly because of the scarcity of prey in their home range. The species is extremely territorial, and marks its territory with urine and claw marking on trees. 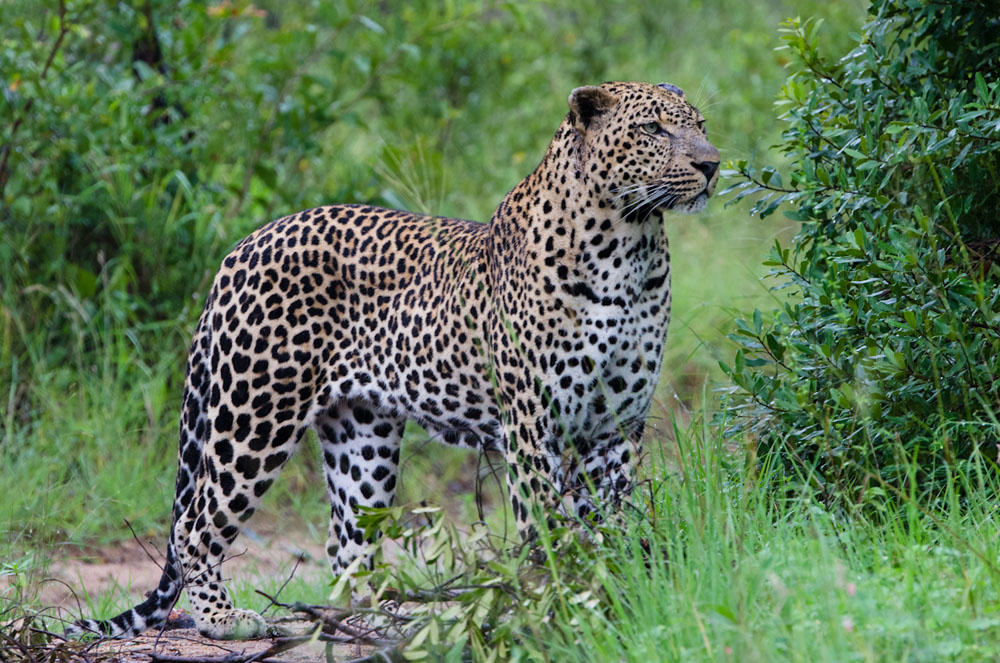 Leopards are very opportunistic, stealthy hunters, eating almost anything that they can catch. With extremely strong necks, massive skulls and very powerful jaws, they are able to catch and kill prey as large as an eland, but will also consume rodents, termites, insects, birds and reptiles. If at all possible, they will choose to hunt species which are the least likely to cause them injury, and favour monkeys, impala and other small antelope such as duiker, bushbuck and steenbok.

An extraordinarily muscular upper body, neck and legs allows leopards to carry animals as much as two to three times their own body weight into trees, a necessary ploy to avoid their kills being stolen by lions and hyena. No other cats hang their prey in branches this way, but lions have been known to climb trees to steal the leopards’ hidden carcasses. The leopard sometimes stays in the same tree for days eating and protecting its meal, eventually descending down the trunk head-first.

Other than when a female has cubs, leopards are a solitary species, only coming together to mate – at which stage they will stay together for several days. Mating can take place at any time of the year, with the resulting litters being 2 – 4 grey coloured cubs. Unfortunately the mortality rate of leopard cubs is very high, and usually only 1 or 2 survive the first year. Being very good mothers, the female will keep her cubs with her until they are fully independent (roughly 2 years).