Being the beginning of winter, the impala have gone into what is called the rut. At this time of year when the days get shorter and the nights get longer, the impala rams’ testosterone levels start skyrocketing and they begin to fight for territory and dominance over female herds.

The dominant males will dispatch any competition, forcing the losers into bachelor herds. The noise of the rut can be heard for long distances as the winners proclaim their territories with snorts and growls and chase the other males out. The victorious males then take charge of their herds of females and attempt to mate with as many as possible. They never mate with the same female more than once. 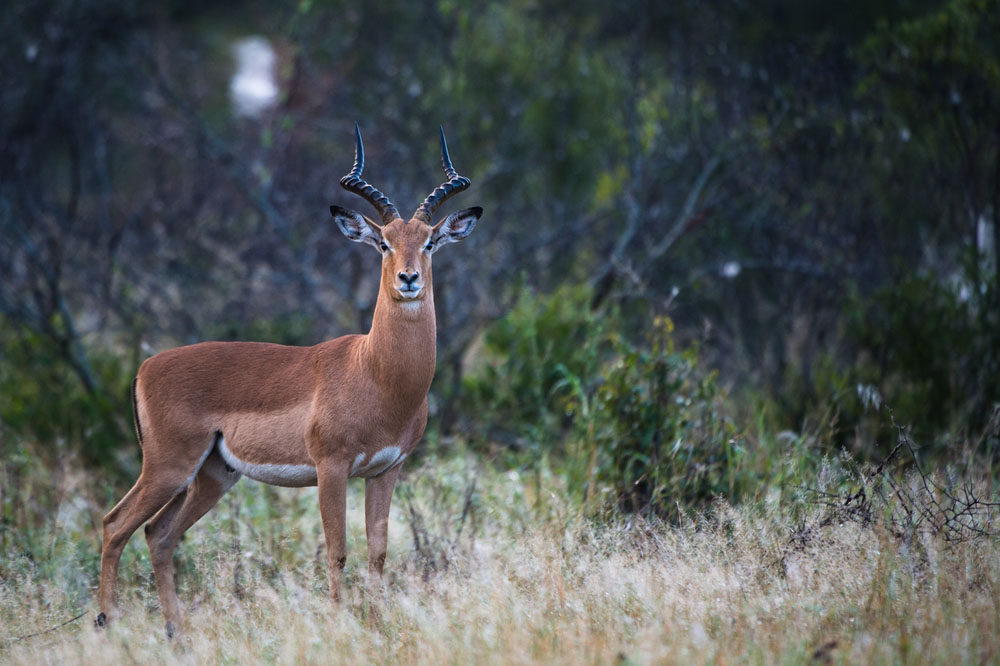 Once a male has taken over a territory he then has to protect it, which is by no means a simple task. He is so busy mating and chasing other bachelors away that he hardly has time to eat or to groom himself. The amount of ticks on his body doubles and he loses condition really quickly. This weakens him, giving his competitors the opportunity they need to push him out and get some of their genetics into the mix. During the height of the rut, dominant males will sometimes maintain their territory for as little as 8 days before being pushed out by a stronger challenger, which will then take charge. The male who has been deposed won’t just slump his head in defeat; instead he starts feeding and conditioning himself until he is ready to compete for his herd again.

The mixing of genes is very important in nature and if only a few males challenge for a breeding herd, only their genetics will be available to the females and subsequent young. Nature has however built in a mechanism which will mix the so-called genetic pot. That mechanism is wild dogs, which mainly prey on impala. A single pack can kill up to 3 impala in a day and this plays a vital role in the mixing of the impalas’ genetic pools. This is caused by their style of hunting. Wild dogs are known as coursers and will chase their prey over huge distances, splitting herds and sending them into areas, which they wouldn’t have moved to by choice. This then allows different genes to be moved into new areas ensuring that the survival of the fittest continues and that the impala genetics remain strong.