Taking photos at night and capturing the night sky can often be a bit tricky as there are a lot of black areas that either need to be well defined (like choosing a nice subject), or minimised. However with photography in darker conditions water can be a photographer’s lifeline. I have chosen the below image and broken it down so you can see how water has played such a vital role in the picture. 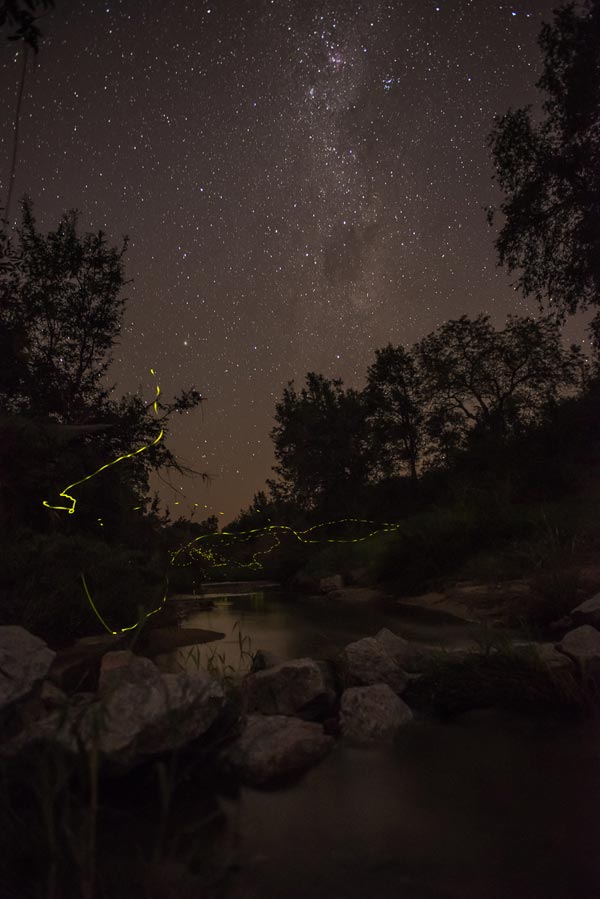 What you will need

For this first photo, I had planned on going out to capture some of the flickering lights of the fireflies that seem to congregate around the Msuthlu River after the sun has set. This would definitely require a bit of extra exposure time and the right angle along the river so that I could capture the Milky Way at the same time. Once I had found the spot I wanted I then set up my tripod and aimed it towards the Milky Way to ensure that the river was flowing into the image too. The reason for the river was to add some of the light that would be reflected off it and into the photo. This would then cancel out a whole lot of black space. This allowed me to capture the fireflies in their habitat and show the beauty of the night sky in the photo. The picture was taken with a Nikon D610 and a Nikkor 24-70 lens at a shutter speed of 20 seconds, aperture of f2.8 and an ISO of 2500.