Using flash for wildlife photography is not always successful, but in some cases it can be the difference between an average photo and a cracking one. I have decided to use the cheetah as an example of this as a cheetah has sunken eyes, where it can be difficult to get the colour to pop out. The eyes are often in shadow unless the animal is looking straight into the setting or rising sun. In the below image the light was just right to get the eyes to show beautifully as he was looking back towards the sun. 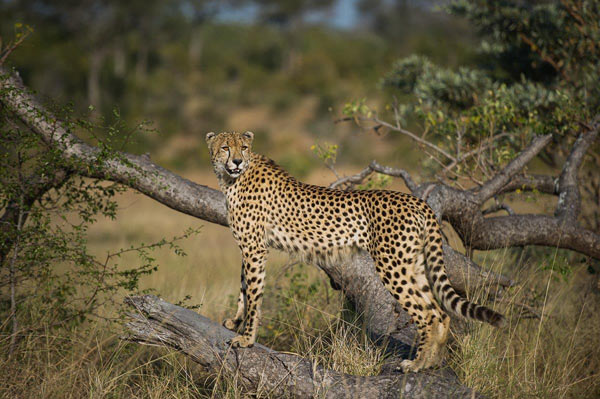 Now how would you get the eyes to shine out if he was lying in the shade and you had a bright background? This is when a flash will come in handy as you can set the camera up to expose correctly for the background and use the flash to fill in the front and add some light to the eyes. The picture below was taken without flash and you can clearly see how dark the eyes come out. 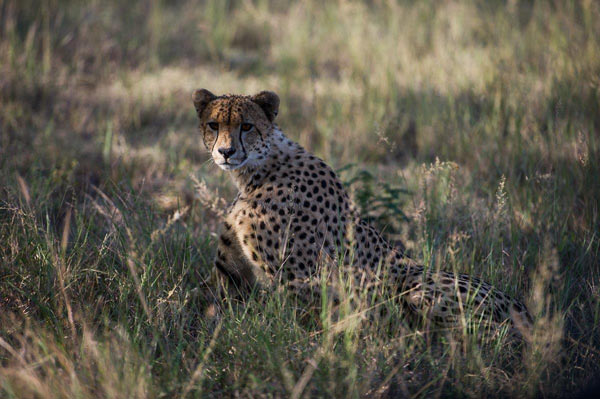 The correctly exposed picture allowed me to correctly expose the background while still getting enough light onto the cheetah. This picture was taken with a Nikon D3s, at ISO 400, a shutter speed of 1/4000th of a second and aperture of f2.8. Now add in the Nikon SB910 flash and voilà. In order to get the correct exposure for the background I used Manual Mode and set all the variables myself and then left the flash in TTL mode which then allowed the camera to choose the level of flash needed to get the right exposure. 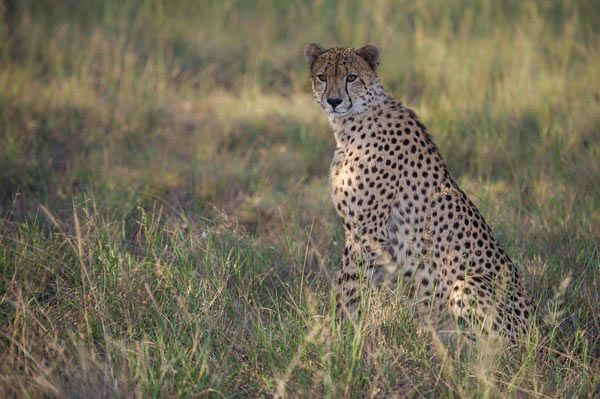