While trying to take the perfect photograph for Earth Hour, I sat playing with my camera trying to get the exposures correct; and trying to get both the light from the lanterns and the stars into the same photo. But this always led to the over-exposure of the lanterns.

Suddenly I remembered a little function called “multiple exposures”. The idea behind this is that you take more than one photo on the same “film”. This allowed me to expose perfectly for the lanterns, then remove the lanterns and place them behind the camera allowing their light to fill the foreground while exposing perfectly to capture the stars. For this it is imperative that you use a tripod to keep the camera in the same position for both exposures. 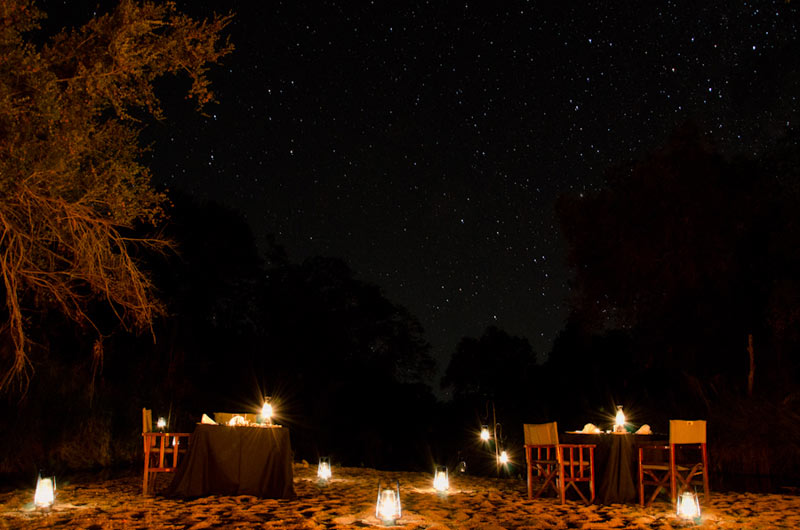 I then took a few test frames to make sure I had the correct aperture and shutter speed for both images. The first image I took of the lanterns I set the ISO to 2000; the aperture was set to f13 to get good depth of field; and the shutter was left open for 6 seconds.

The second exposure was again set at 2000 ISO; the aperture was brought down to f2.8 to allow as much light in to get the stars correctly exposed and the shutter was left open for 20 seconds. This was taken with a Nikon D7000 with a Nikkor 18-105mm lens.

The result turned out quite well. This is a trial and error photograph, but when you get it right it is sure to put a massive smile on your face.