I am sure that on some occasion you have tried to capture an image of the moon with it ending in disappointment. Every 30 days the moon rises just after sunset on our horizon and normally it looks spectacular. So how do you photograph the moon? If it’s just the moon you want to photograph then it’s actually fairly simple. Set your camera to manual, set your F-stop to about 7.1 so that you get some definition on the moon, use your longest lens i.e. 300 to 600mm or even more if you have converters, and then finally use a speed of about 1/1000 of a second or in some cases when the moon is very bright, even more. You will need to play around with the speed depending on your ISO and how bright the moon is on that particular night. 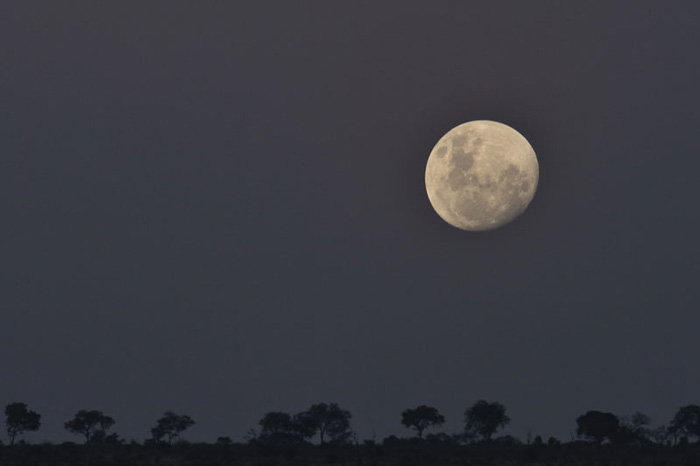 Then to take the photograph a step further and create a dramatic scene, try a multiple expose on one frame. Most modern cameras have this function. All you need to do is to set the camera to multiple exposure – it will then ask you for how many frames. Normally two is enough. Think this through because once you have captured the moon you need to make sure it is in the correct place on the photo so that when you take the second image it will be framed or set where you wanted it to be. In this case I used my 600mm lens and took the first frame. I then used the same lens in the opposite direction and took a photo of an almost dark horizon. Having put the moon in the top right corner I made sure I placed the horizon in the second frame in the correct place. In order to make sure that I only achieved a silhouette of the horizon I under-exposed the picture by 3 stops to make sure that it turned out nice and dark. There was a little haze which softened the photo nicely, making it look like moonlight.