All of today’s cameras are masters of reading light. In the days of film one would either have to do the metering using light meter readers or by ‘feel’ – and hope that the resulting image would come out as desired. Today’s digital cameras have these light meters built in and we all rely on them to ensure that the exposure is just right. However the new cameras have 3 or more different modes to set and these change the way that the camera looks at the light in and around the photo. 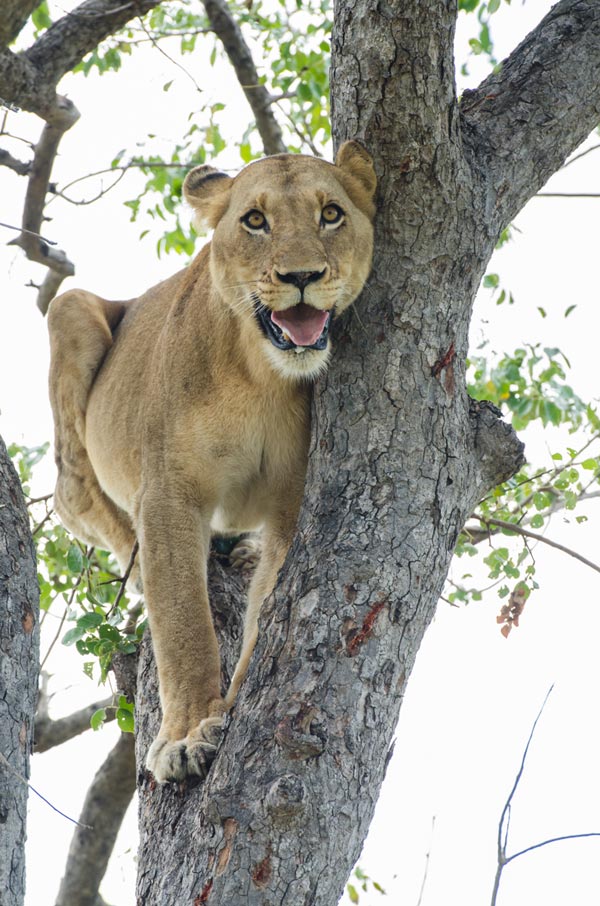 The three major metering systems are as follows:

Evaluative – evaluates the light over approximately 90% of the photo and then tries to balance out the highlights, mid-tones and darks to get the correct exposure.

Centre weighted – looks at approximately 75% of the intended picture but focuses mainly on the central point or focal point of the photo to get the correct exposure.

Spot – this only takes into account 5-10% of the light around the centre or the focal point which you have chosen in order to ensure that only that area is exposed correctly.

For this particular photo I chose to use spot metering as the bright clouds in the background were wreaking havoc on my exposure. When I tried the same photo with evaluative metering it came out with the image below. 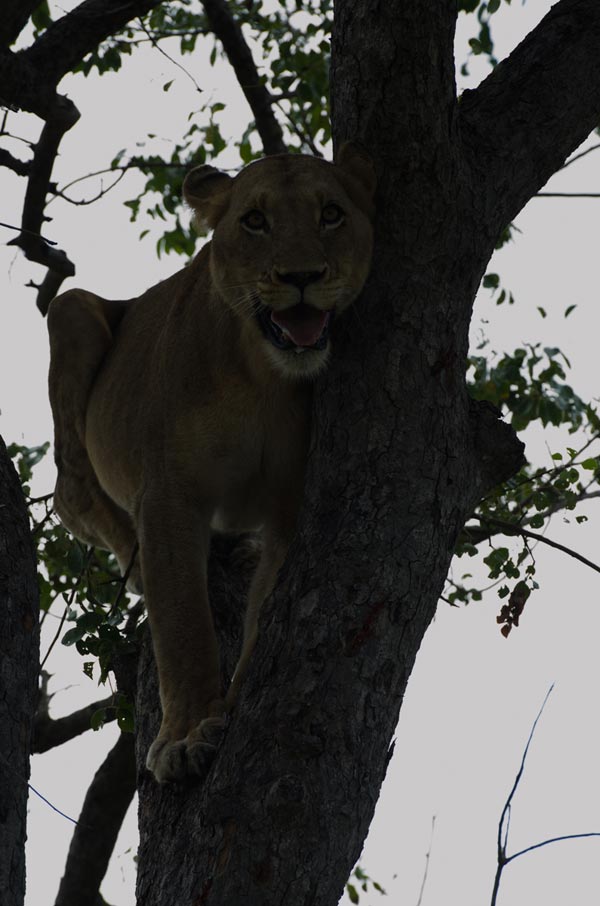 Once changed to spot metering the camera knew that it should expose the photo for the lion and not the sky. This resulted in the sky being blown out into a bright white but I was still able to capture the essence of the situation because everyone can now see the lion. In aperture mode I set my aperture to f5.6 and my ISO to 320. The camera’s light meter then calculated the shutter speed necessary to expose the lion, which was 1/400 of a second. When using the evaluative metering the shutter speed shot up to 1/2000 of a second, meaning that the sky was not so blown out but the lioness was terribly underexposed.