A lion’s eye is without doubt one of the most humbling things in nature. Having walked into many lion on foot over the past 10 years I can tell you that those deep yellow eyes will make anyone’s blood run cold and put a shake in your hands. I have always wanted to get a real close-up of a lion eye, but I wanted one that would make me feel like it was looking right through me.

One very cold winter morning I found this lioness mobile down one of the northern roads in the reserve. The light was still warm and soft but was just at the right angle that it would highlight the eye but not put too much shallowness into it. I parked my Land Rover close to a corner knowing that the lioness would eventually come round it – as long as she stayed on the same track. As a photographer knowing your subject is often crucial to getting that amazing shot. 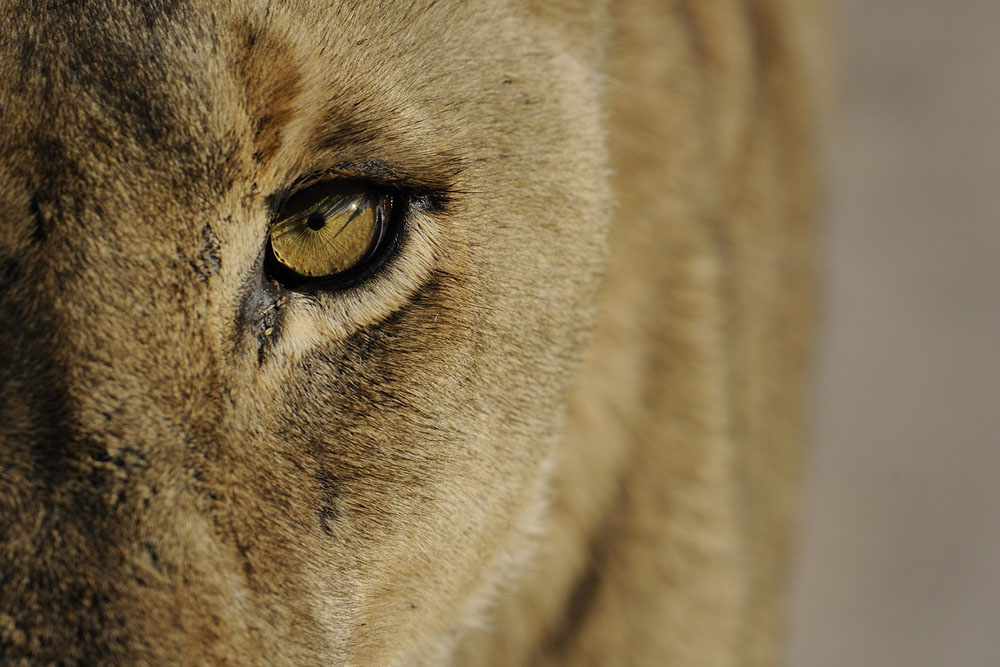 I took out my longest lens, my 600mm F4, and set my camera to Aperture Priority. I knew that with this lens I would need a bit of depth in order to focus on the eye and also the area around the eye. I set the aperture to F8 and the ISO to 640 so that I would have enough speed to freeze a slowly moving lion. The speed was automatically set at 1/2000 of a second – nice and fast -ensuring that the lion would be very sharp. I placed the focus sensor directly over the eye to make sure its focal point was the eye itself. This had to be a sharp as possible. I waited. Eventually the lioness rounded the corner and I fired off a burst of 11 shots to get this one amazing photograph.