The majority of people who live in cities are unable to observe the beauty of the night sky because light pollution prohibits any form of star-gazing. Naturally then, one of the highlights for many of our guests is a chance to observe the unobstructed splendour of the Milky Way. 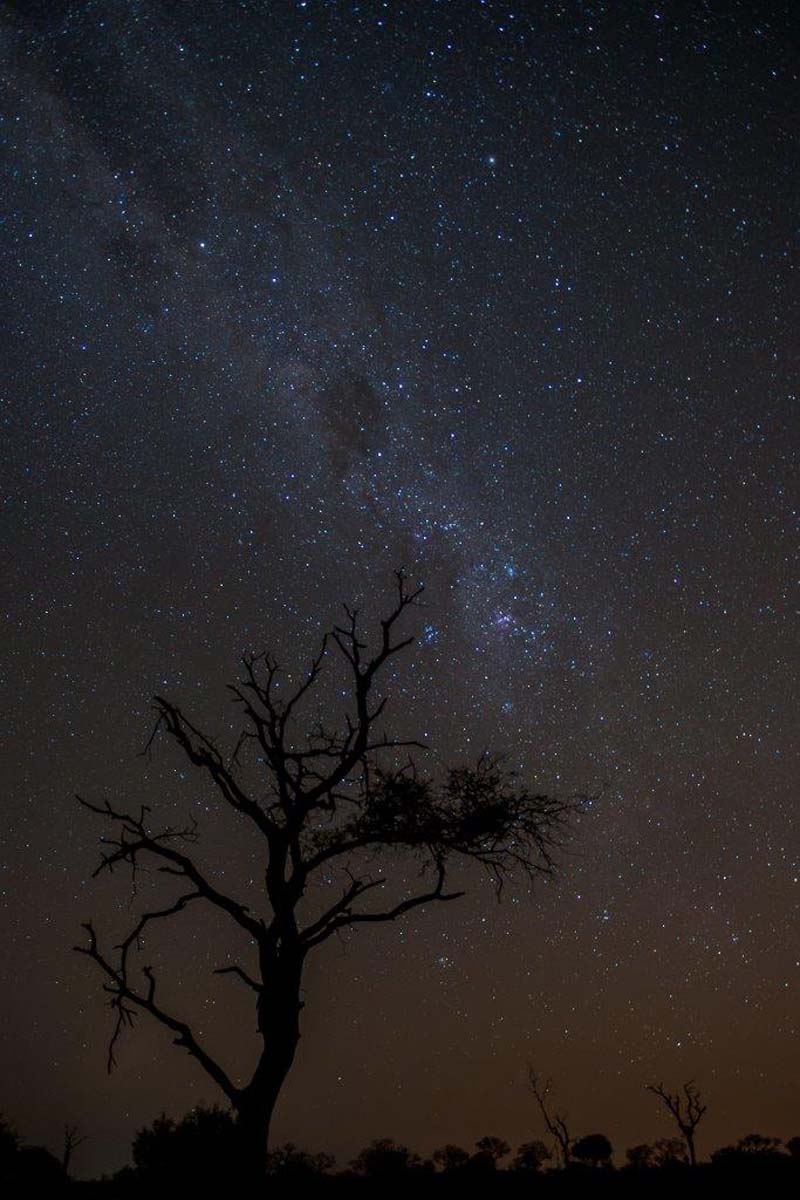 Sabi Sabi’s prime location, well away from city lights, means boundless stargazing opportunities, regardless of the season. Most winter nights are cloudless and thousands of stars are visible to the naked eye. Our trained rangers provide enlightening and entertaining commentary about the southern hemisphere constellations, most notably the magnificent Southern Cross (or Crux to use the formal term). Too far south to be viewed by latitudes north of 25°, this constellation was for centuries a sailor’s navigational best friend once they crossed the Equator. Together with the Pointers, comprising Alpha and Beta Centauri, it can still be very effectively used to find south, even whilst out on safari. Also visible however is the False Cross which lies 25° west-northwest of the Southern Cross. Regrettably it proved the nemesis of many a captain trying to steer his ship around the Cape of Good Hope.  Mistaking it for the Southern Cross they would think they were further south than they were and, turning their ships to round the Cape, ran aground. Numerous shipwrecks along the Cape coast are testament to its deceptiveness. 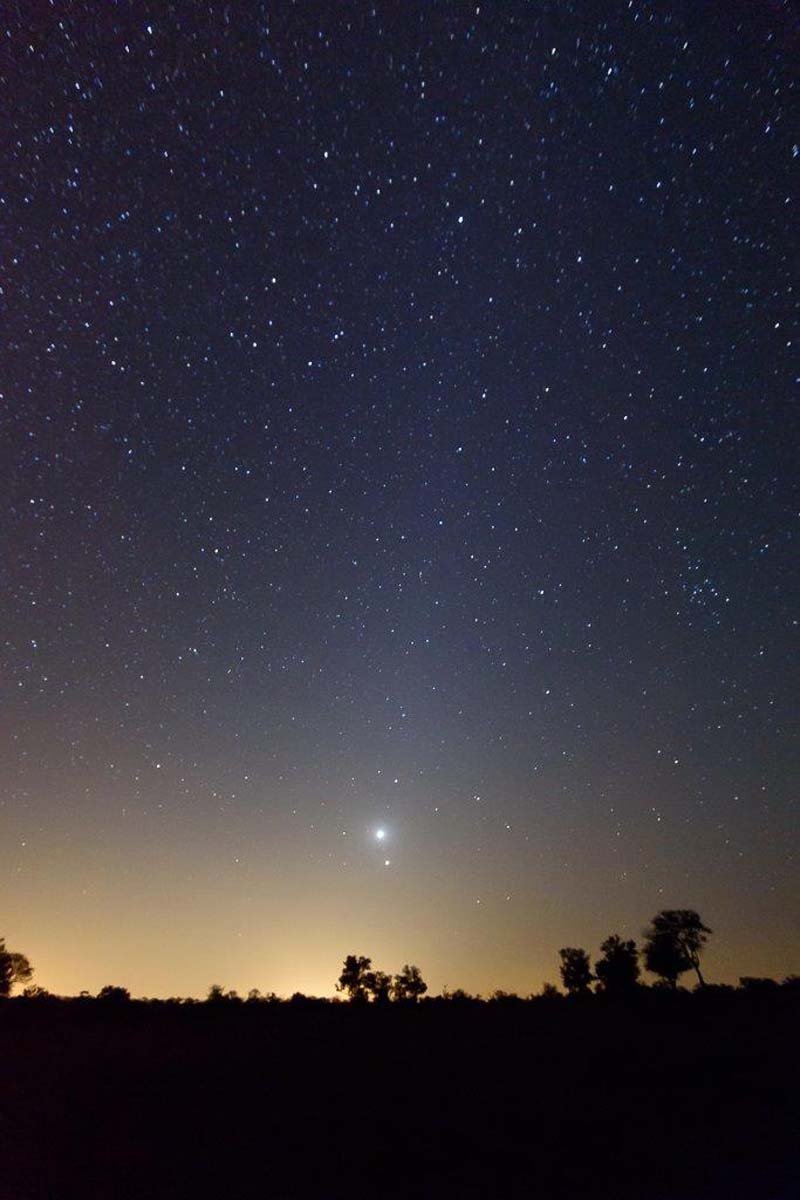 All stargazing at Sabi Sabi is tailored to our guests’ requests – either by the ranger whilst on evening safari, or by one of our senior rangers who can set up a telescope and together with the use of sky maps and a laser pointer take you on a dedicated sky safari. Stargazing is always weather permitting and subject to conditions of operations. Requests can be made and will be considered accordingly.

Winter stargazing (May – August) covers constellations such as Scorpius, Sagittarius, Libra, Canis Major and Minor, Crux with its jewel box and coal sack, the Large Magellanic Cloud and any planets that are above the horizon at the time; Saturn, Jupiter and Venus being the most common. Jupiter is of particular viewing interest to many guests as through a relatively small telescope its four closest satellites can be clearly seen. Sirius, the brightest star in the night sky, is also a firm favourite; its name coming from the ancient Greek meaning ‘glowing’ or ‘scorcher’ due its incredible luminosity.

Summer stargazing (September – April) can be equally rewarding although cloud cover may occasionally interrupt viewing. Typical constellations seen in summer are the Pleiades, commonly known as the Seven Sisters, the great hunter Orion – viewed upside down in the southern hemisphere – Taurus the bull and Gemini the twins.  In local culture the Pleiades is known as the ‘digging stars’ as it signals the time of year for the planting of crops. Orion is most easily located by his right ‘shoulder star’ a massive red giant called Betelguese.

Binoculars are great tools that allow us to see hundreds more stars than the naked eye so make sure to bring a pair along. Choose a period of the lunar month where the moon is as close to new moon as possible. Obtain a sky map that focusses on the southern hemisphere.