The first of September is celebrated as Spring Day in South Africa.  Normally this seems a bit premature, with the winter weather persisting just a bit longer, but this year it is actually pretty spot-on, because things are changing here at Sabi Sabi, writes ranger Amy-Leigh Roberts.

The morning safari is going out earlier, and the afternoon safari is going out later, as the days become noticeably longer. We also don’t need all our layers of clothing when we depart on our morning drives, and we are enjoying sundowners in short-sleeved shirts, instead of rushing to put on the layers the moment the sun starts to dip towards the horizon. 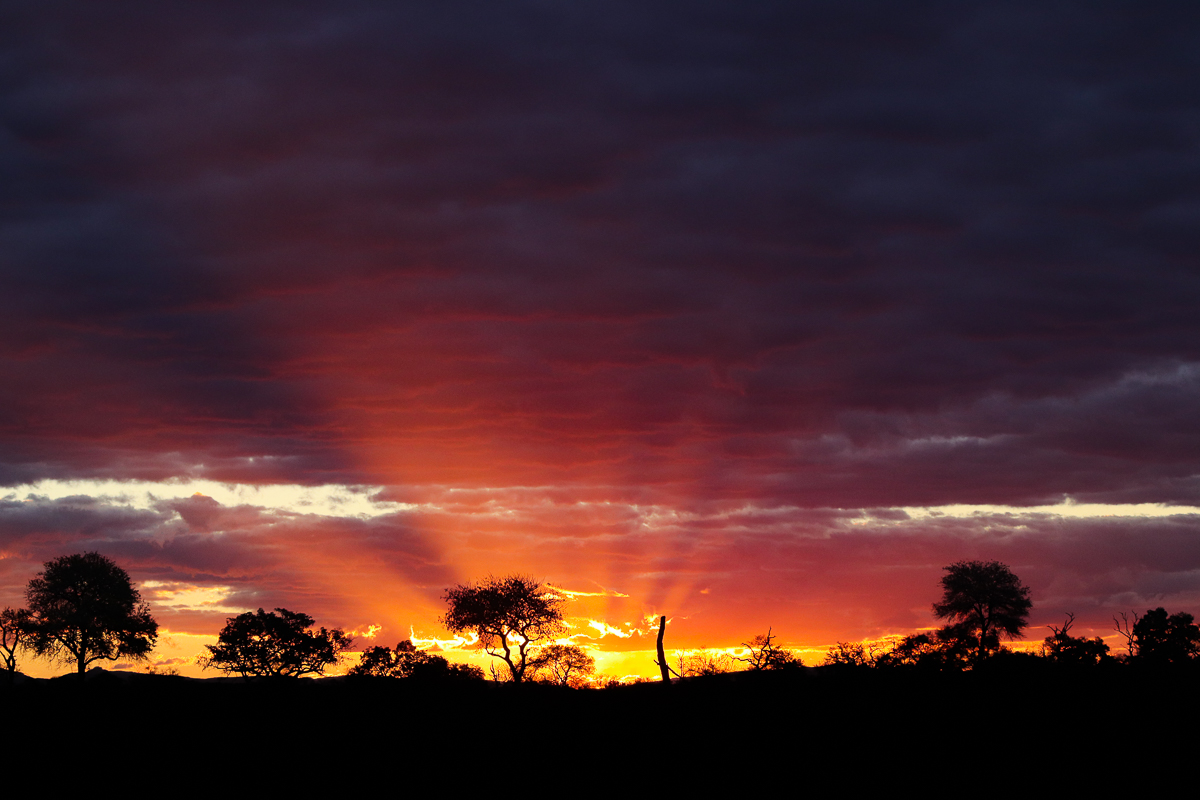 Whilst we have not hit summer yet, already the days are hot, and the evenings cool, not cold. This transitional time of year is actually so lovely, because we have not yet reached the extremes of the summer heat, nor are we exposed to the winter cold… it all feels just right. 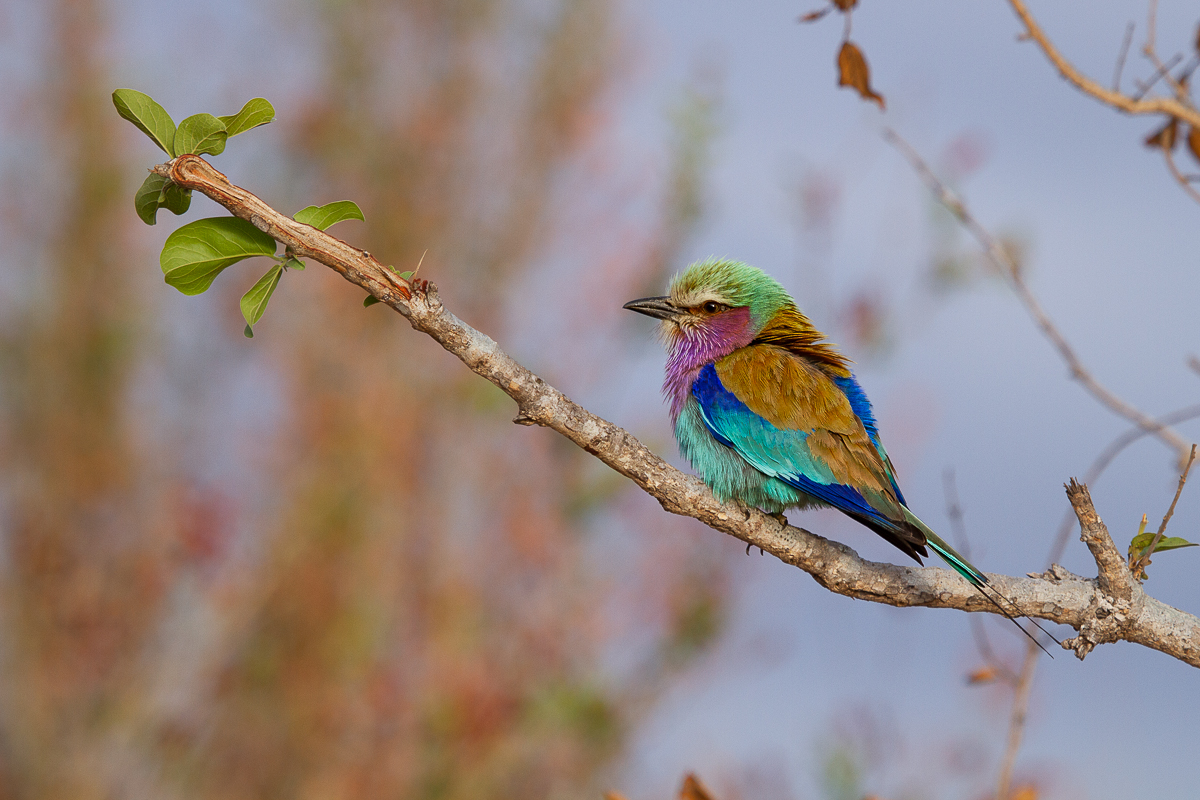 The vegetation also indicates that summer is on the way. The branches of trees that have been void of leaves since June, now have the tiniest of green shoots beginning to emerge at their tips. The Red Bushwillows and Silver Cluster-Leaf trees will soon be full and dense again, but luckily for now, we still have good visibility through the almost bare branches. 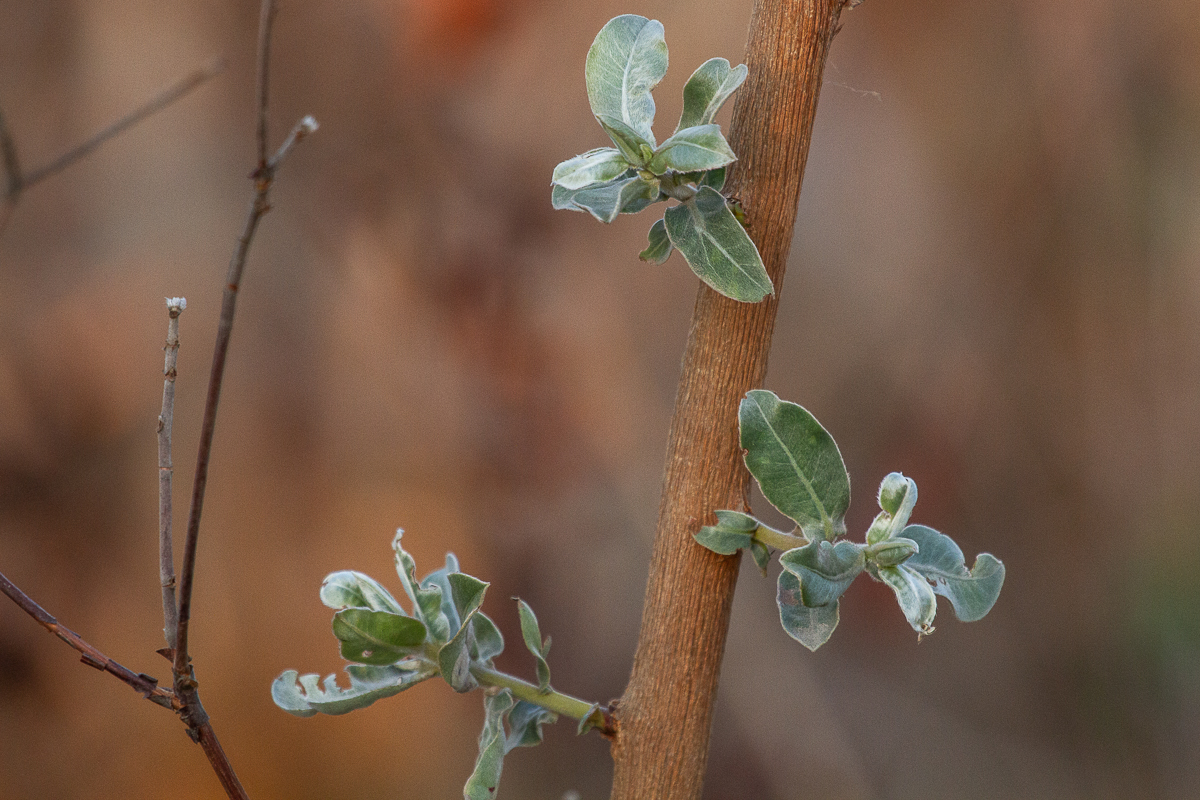 This makes spotting animals a bit easier, although the gold and grey vegetation allows for them to camouflage incredibly well within their environment. It is quite strange to look around and imagine the place shaded with vibrant green, as it was in summer, and looking back at photographs taken in the rainy season, it’s hard to believe it is the same place.

Changes to the landscape seem to be moving faster than normal this year. It is perhaps due to the excessive rainfall we received from December to February, associated with the cyclone that passed along the Mozambican coast.  As a result of the warmer weather there are other splashes of colour appearing – and I’m not just referring to green shoots. The Knobthorn trees have been blooming for weeks already, with their fluffy, pale yellow inflorescence attracting all the bees and flying insects to them for pollination, resulting in a constant din of buzzing in the bush. More recently, though, we have seen the bright yellow flowers of the Long-tailed Cassia and a few Tree Wisteria with their purple blooms, and we now eagerly await the deep reds of the Weeping Boerbean. 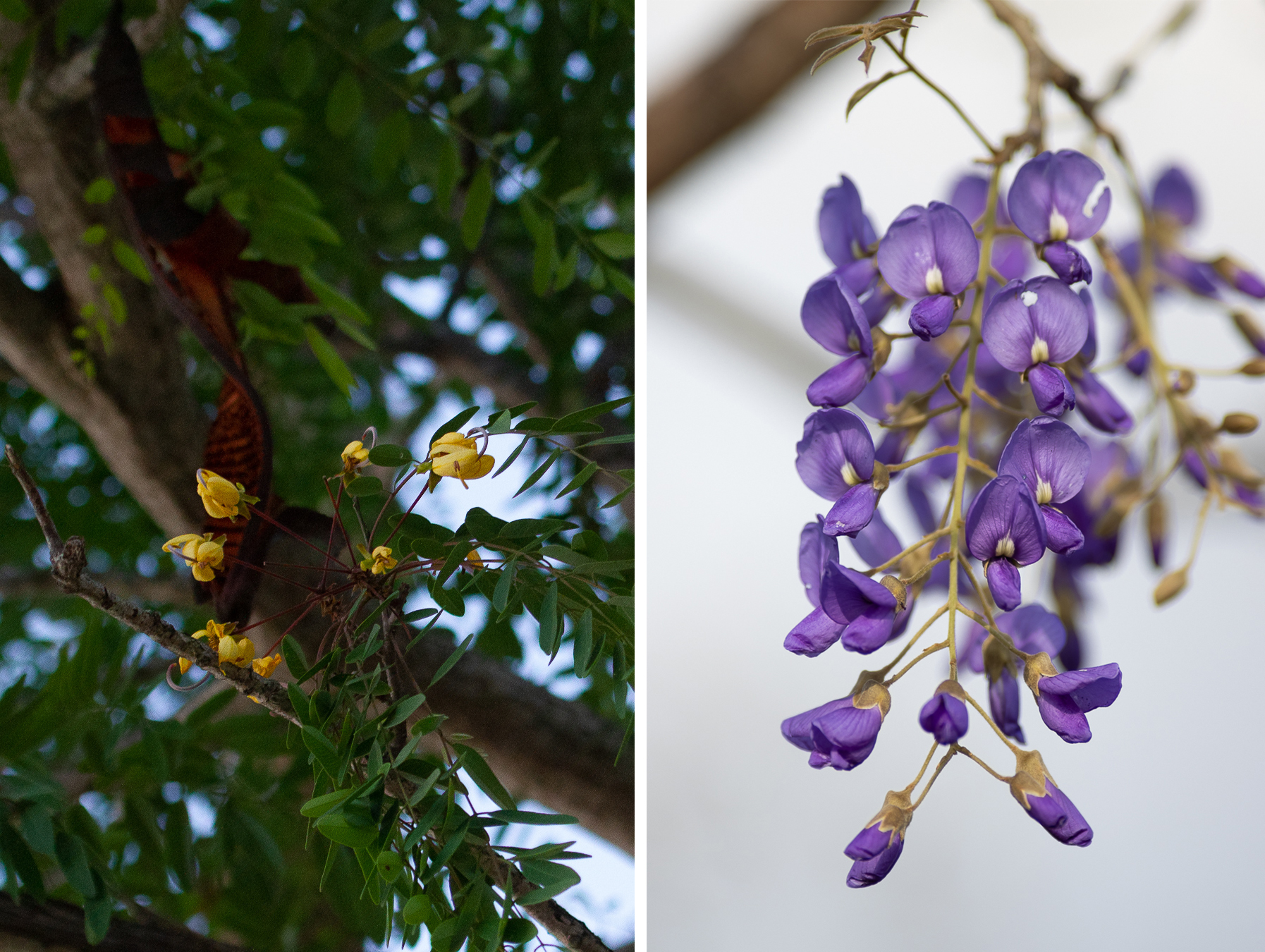 The birding is also due to start picking up as we approach summer. We traditionally have great birding at Sabi Sabi throughout the year, but summer adds another dimension. Now we are seeing the male birds of certain species begin the gradual transformation from their non-breeding plumage – where they are dull and resemble the females – to their much more extravagant breeding plumage, to try and impress their potential mates, as the season arrives. Their calls are also beginning to change as we move into breeding season. Until now, birds have been focused on finding food and nutrients to get them through the dry months, but their priorities will change!

The call of the Greater Honeyguide and the Square-tailed Nightjar are beginning to emerge from the silence, and they will become more common as we move further into spring and summer. We may even see the male Weavers start building their nests, always so prominent in the trees, getting ready for what spring may bring.

Meanwhile, all our migratory birds are currently making their way on their great journey to southern Africa. In fact, it appears that some species have already started arriving, with the Wahlberg’s Eagles soaring over us, their long wings and straight tails already becoming a regular sighting on safaris. 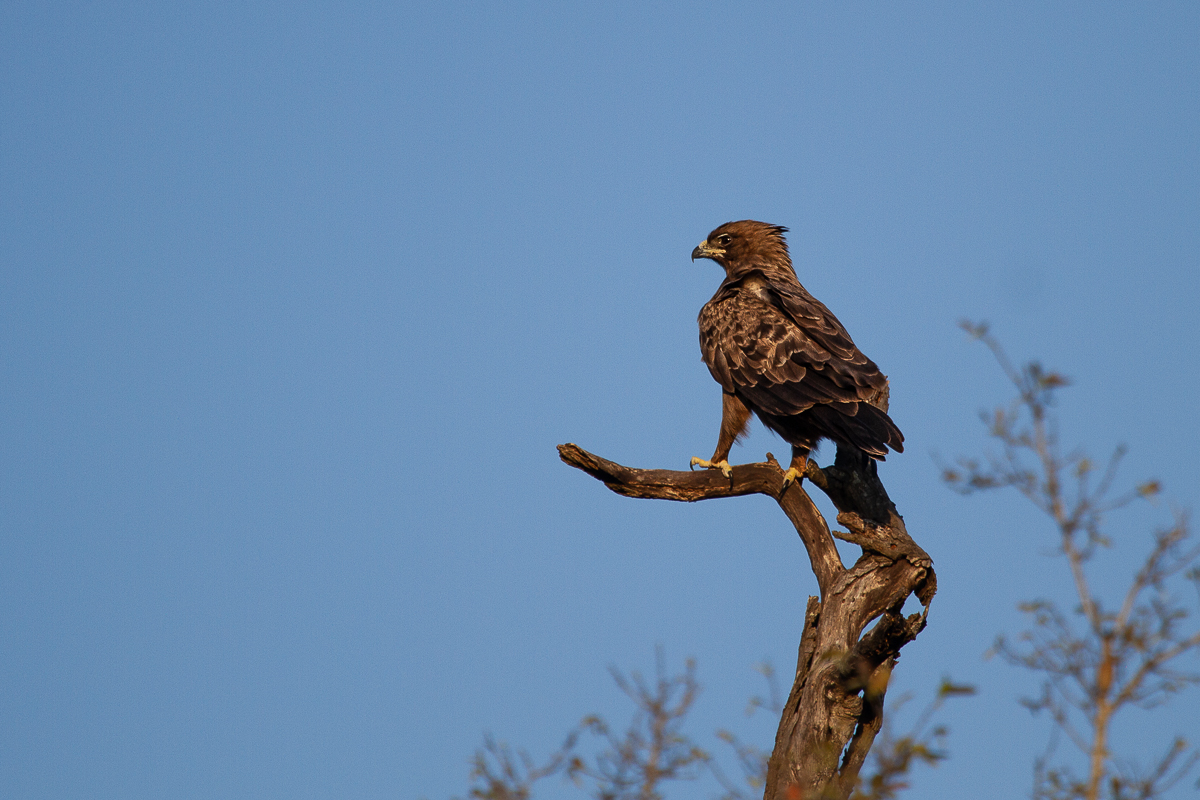 Just like the Wahlberg’s Eagles, we are also happy to have welcomed some other foreign visitors to Sabi Sabi, as travel restrictions have become less severe. The odd American accent or European language can be heard around the fire in the boma, as people enjoy their dinner under the stars. Perhaps it is a sign of change in all aspects of our lives… Just as the birds migrate from the north, crossing the Equator in search of warmer climes, the hope is that humans will follow their lead, and come and see what South Africa has, that keeps everyone coming back for more – and what the South Africans have been enjoying for themselves over the last few months. 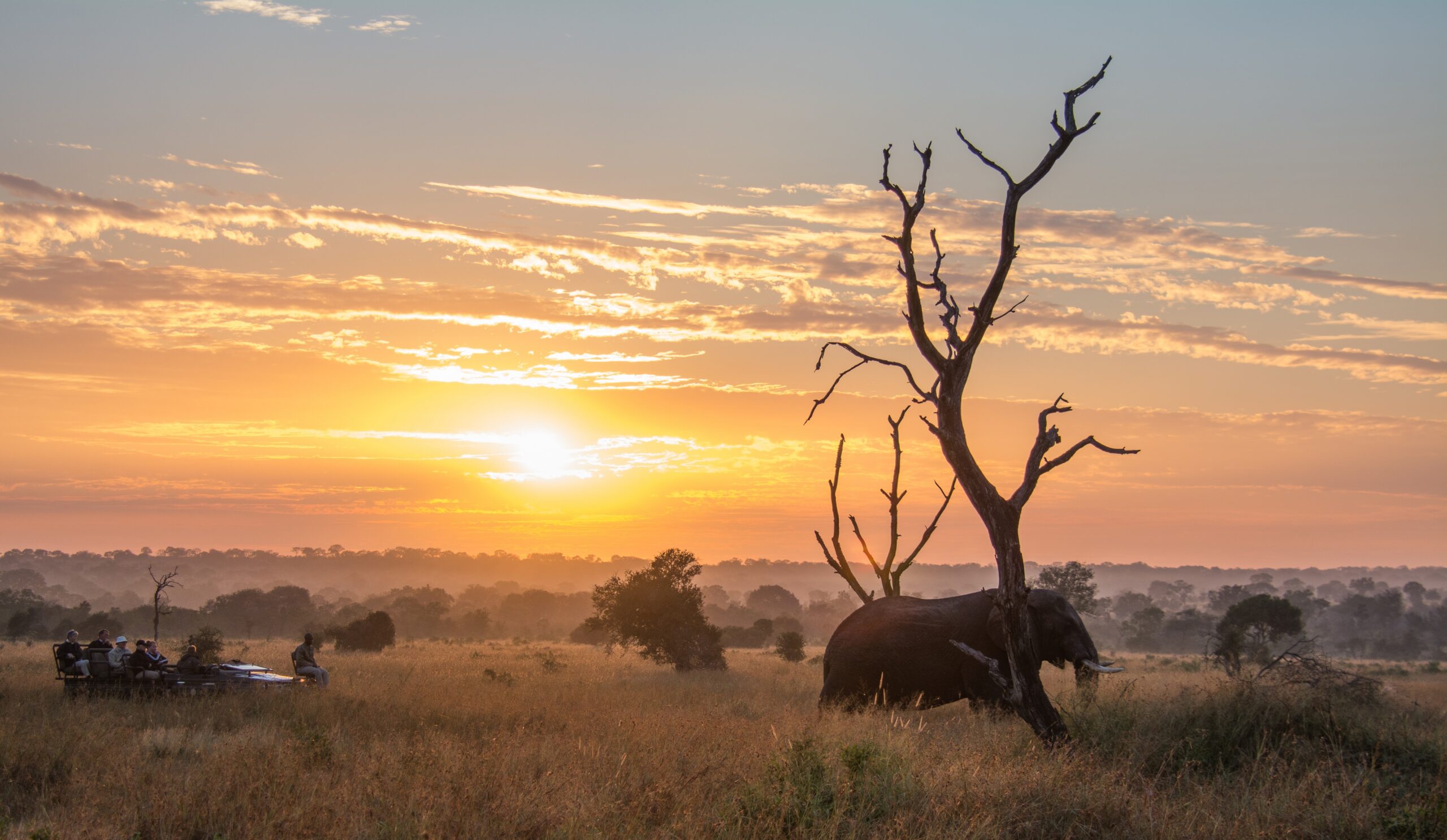