A while ago we updated you all on the super pride of lions, the Southern Pride, which has its territory around Sabi Sabi. Since then we have kept the story updated on many different media forms such as our blog, Facebook and Twitter but now it is time to give an overall round up of what has been happening. 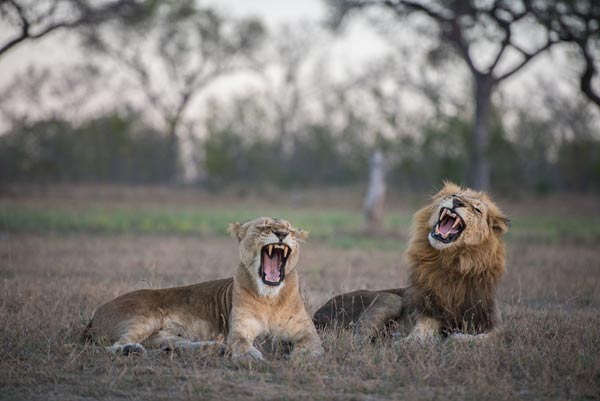 This super power of the Sabi Sands was growing at a rapid rate. With the two Kruger male lions trying to take over the pride that at the time had eight lionesses and ten cubs it was not going to be an easy task. In most situations the males will go out of their way to kill off all the cubs of a pride that they are taking over which would bring the females back into oestrus. The males being almost twice the size of the females, makes any effort by the females to protect the cubs almost futile but when you have eight females combining forces to protect their offspring the two males ended up punching above their weight class. The more they tried, the more eight snarling, fighting females met them with aggression leaving them unable to get to the cubs.

We then witnessed abnormal behaviour where the Kruger males would join them on buffalo kills and feed with them without showing any aggression toward the cubs. After a while it almost seemed as if they were going to have to accept that the cubs would stay alive, until one day when one of the cubs became too relaxed and was killed by the new males. Again the tension rose and the females were back to showing aggression. As luck would have it though only three of the females were rearing cubs and Floppy Ear female had already lost her cubs to malnutrition, which left the four younger females available to mate with the males. The younger females at first distracted the males with the opportunity to mate whilst the rest of the pride took the cubs to safety, but the younger females eventually started to fall pregnant and the Kruger males adopted the remaining youngsters whose numbers had dropped down to six. The other 3 fell victim to elephants, other lions and malnutrition but the 6 remaining were strong and looking great. Seven new cubs were brought into the world by 3 of the younger females but one was killed by a herd of buffalo. The numbers steadily dropped from six, to five, to four and all the way down to one. The death of one of the Kruger males could be seen to be a major reason for this and confrontations with other lions probably another factor to consider. The number of lionesses also dropped as one adult disappeared without a trace.

The loss of one of the Kruger males left the remaining brother fighting to hold onto the newly expanded territory. Solo and the Eyrefield male started to push in from the east while the four male coalition from the north, the Majengilanes, pushed south and the young Sandriver males started to push in from the south. Floppy Ear even had two new cubs but we think that they were killed by some of the new males pushing in and this immense pressure left the pride with no choice but to move and move they did. They pushed about 15 kilometres north of their usual territory to get away from the testosterone driven rivalry that was building in the middle of Sabi Sabi.

The Kruger male seemed to be out of his league with his lack of support but he stood firm, no fights broke out but there was a lot of posturing and passive rivalry in terms of roaring and scent marking taking place. On the odd occasion the pride would wander back south for a scouting mission and upon seeing that there was no resolution to war went straight back north. However a few of the older females were pregnant and they knew that they had to support the Kruger male if their cubs were to survive. The pride was now split with the four older females, about 15 years old, back together with the Kruger male and the remaining 10 stayed in the north. 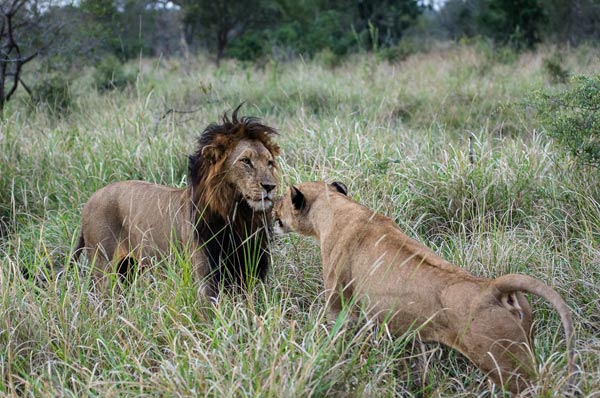 One of the four females used sex as a distraction to keep the other males at bay whilst her sisters and the Kruger male took up residence in the south of the reserve. That brings us to now, and a vast majority of the pride has again come back together with two young males and two young females still hanging in the north. It is going to be amazing to see how this all pans out with the other males still hovering around the area waiting for a chance to get in.

You can read about our latest sighting in the blog.

This update was as of 21st June 2013 – please keep up to date on the pride on ourFacebook page.