Life will never be the same in the Marula Village of the Huntington community, one of the villages neighbouring Sabi Sabi Private Game Reserve. Until recently, the community members had to walk an arduous path down to the nearest open water source to collect water in buckets. Sometimes children as young as six made this back-breaking daily trip, and the community never knew what the quality of the water would be. Standing next to the open water source, which has almost dried up, is Marula village community member Esther Khoza. “We used to struggle a lot with water. We had to wake up very early in the morning around 4 am, waking each other up, to come here, to the open source. We’ll always come in a group because we’re scared for our lives because boys would try to attack us while coming to the open source. Some of the time, we will find that animals have escaped Kruger National Park, come to our village, and attack us here in the open source. During the winter season, the water has dried up and then we’ll have to dig deeper so that we can find water. We’ll also find snakes, even when we’re collecting water. We would like to thank Sabi Sabi, Innovation Africa, and the generous donors, because at the moment, we feel very safe, very free as we’re able to get water nearby.” 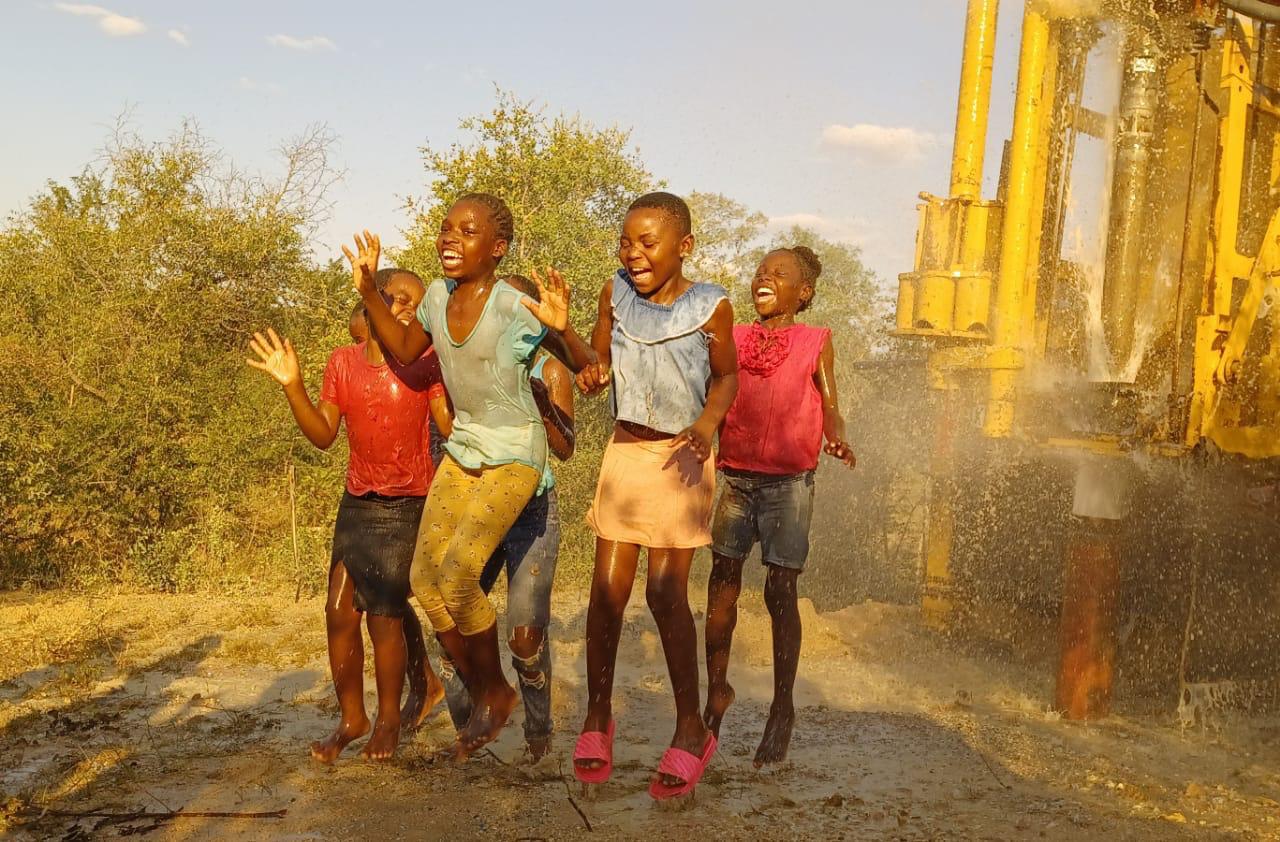 Now, the community has access to 11 water taps set at strategic points throughout the village, bringing a steady flow of more than 54,000 litres a day of life-changing fresh water to their community.

The Marula Water Project was initiated by the Sabi Sabi Foundation to uplift a community that many Sabi Sabi staff members call home. With funding from the Gillespie Foundation, the amazing team from the not-for-profit company Innovation Africa South Africa (iASA) was brought on board to coordinate the project. The plan was to find an underground water supply near the village and then build a solar-powered well and water pump, connected by a network of pipes from the central stand to various tap points in the village, as selected by community members.

Drilling at Marula found water in an underground aquifer at a depth of 80 metres, with enough water to ensure a sustainable supply for the Huntington Community for years to come! Construction of the water tower, pump and solar installation began shortly after that, with iASA employing 10 community members (5 men and 5 women). Upon completion of the project, each temporary worker received a training certificate, assisting them to gain future employment. This sustainability model aims to provide the community members with not only skills and training but also ownership. 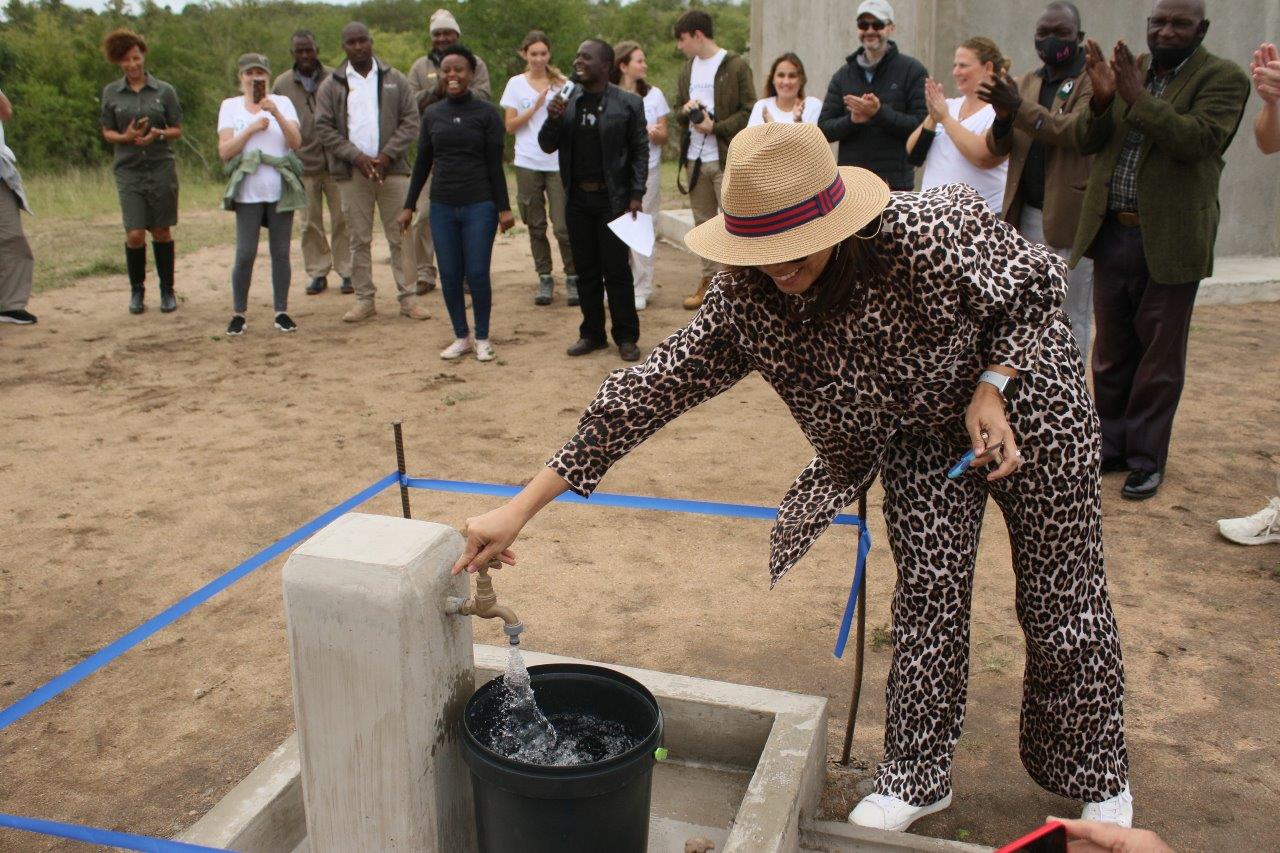 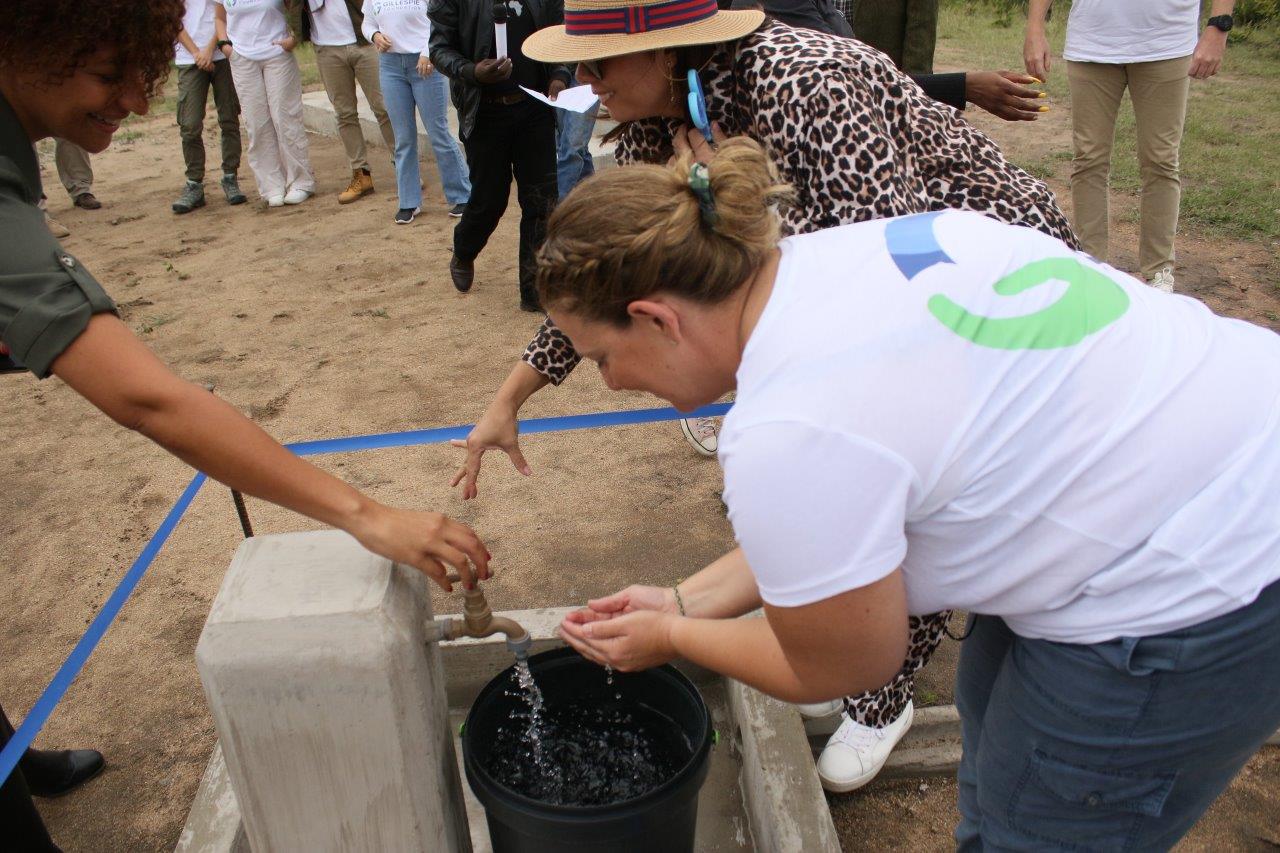 The new taps were officially opened on the 20th of April in a ribbon-cutting ceremony attended by trustees of the Gillespie and Sabi Sabi Foundations, the village Induna and Ward Councillor, and various stakeholders and community members. It was a day of celebration, gratitude and hope, filled with singing, dancing and speeches of thanks as the people of Huntington started a bright new chapter in their history. 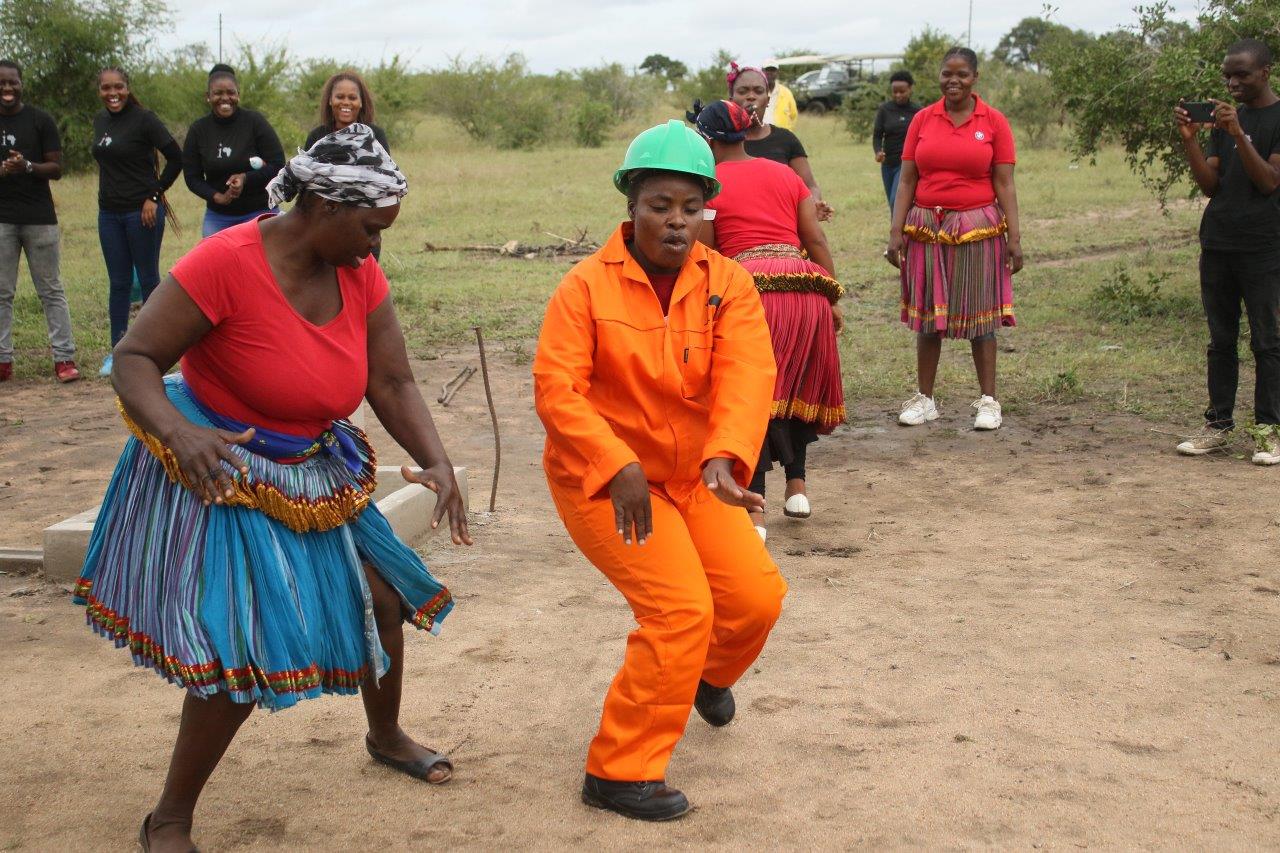 It was an amazing privilege to share this special day with the people of Marula, The Gillespie Family, Foundation members and Sabi Sabi staff. We were honoured to hand over the keys to this completed project to the Induna (Community Headman). 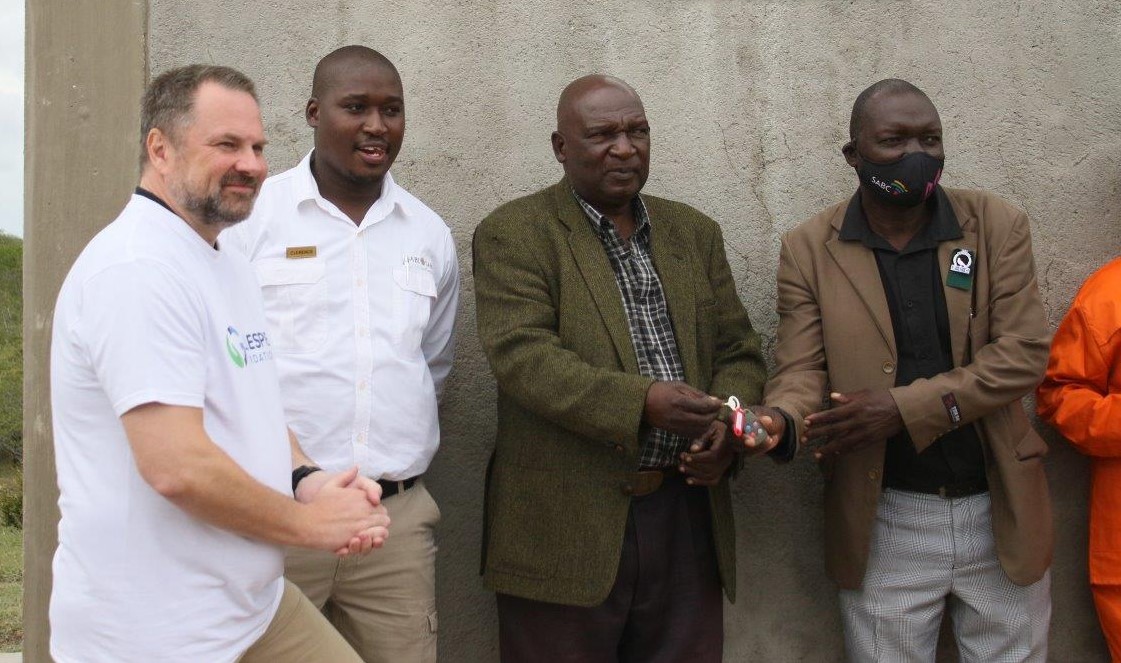 While the community’s initial excitement is predominantly thanks to having running, clean water ‘on tap’ right in their village for the first time, the impact of this water project will actually be far bigger, as it will provide added employment and resources for community members. They will now be able to grow crops, keep livestock, start up small businesses, and more. Furthermore, thanks to the skills passed on to the community through the work done by iASA, members of the community have been trained not only in the operation of the system but also in financial management, administration skills and reporting. This water pump now belongs to the community and is managed by the community. 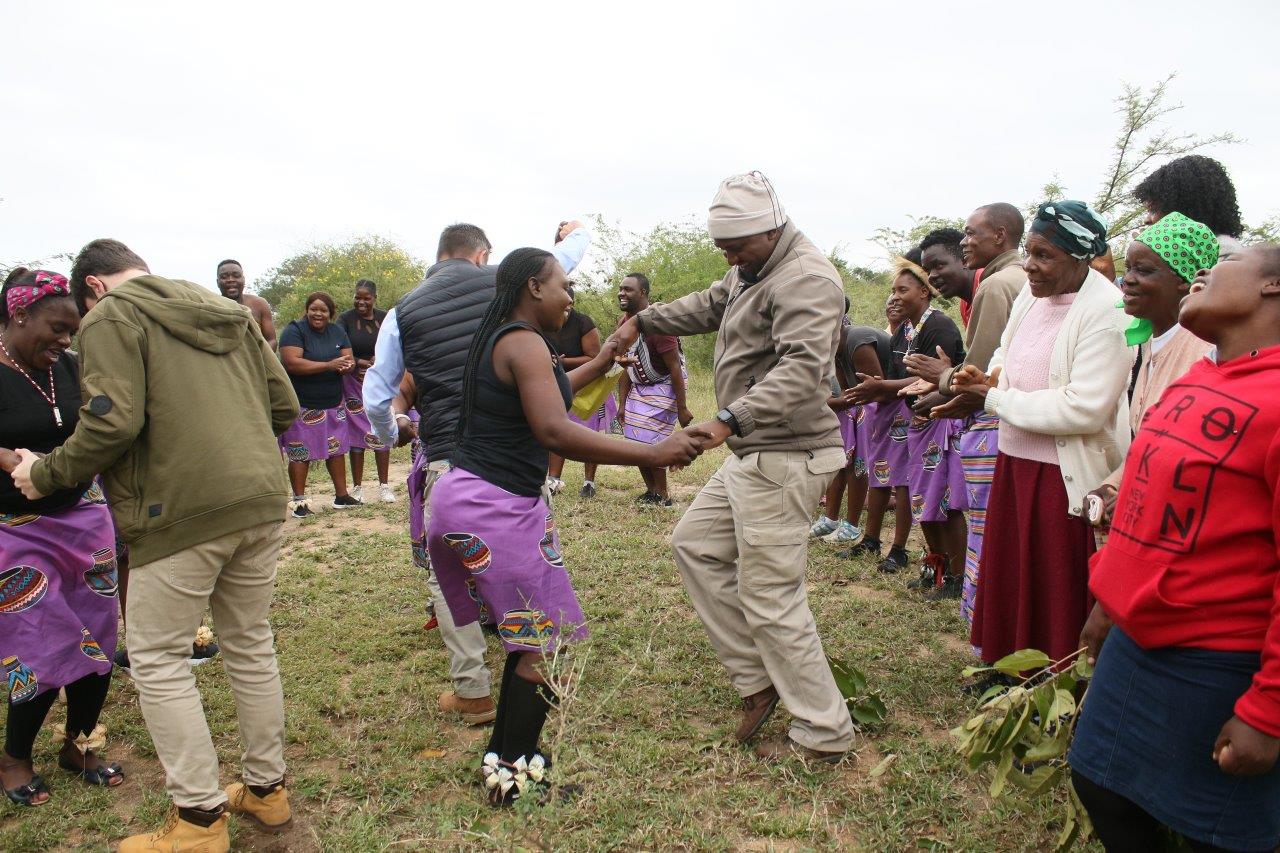 The Sabi Sabi Foundation is both humbled and grateful to have worked with the Gillespie Foundation in manifesting this project. Their generosity and partnership will be evident for many years to come and embodies the very essence of our collective visions – creating opportunity and a sustainable future for the very people that call this place home! 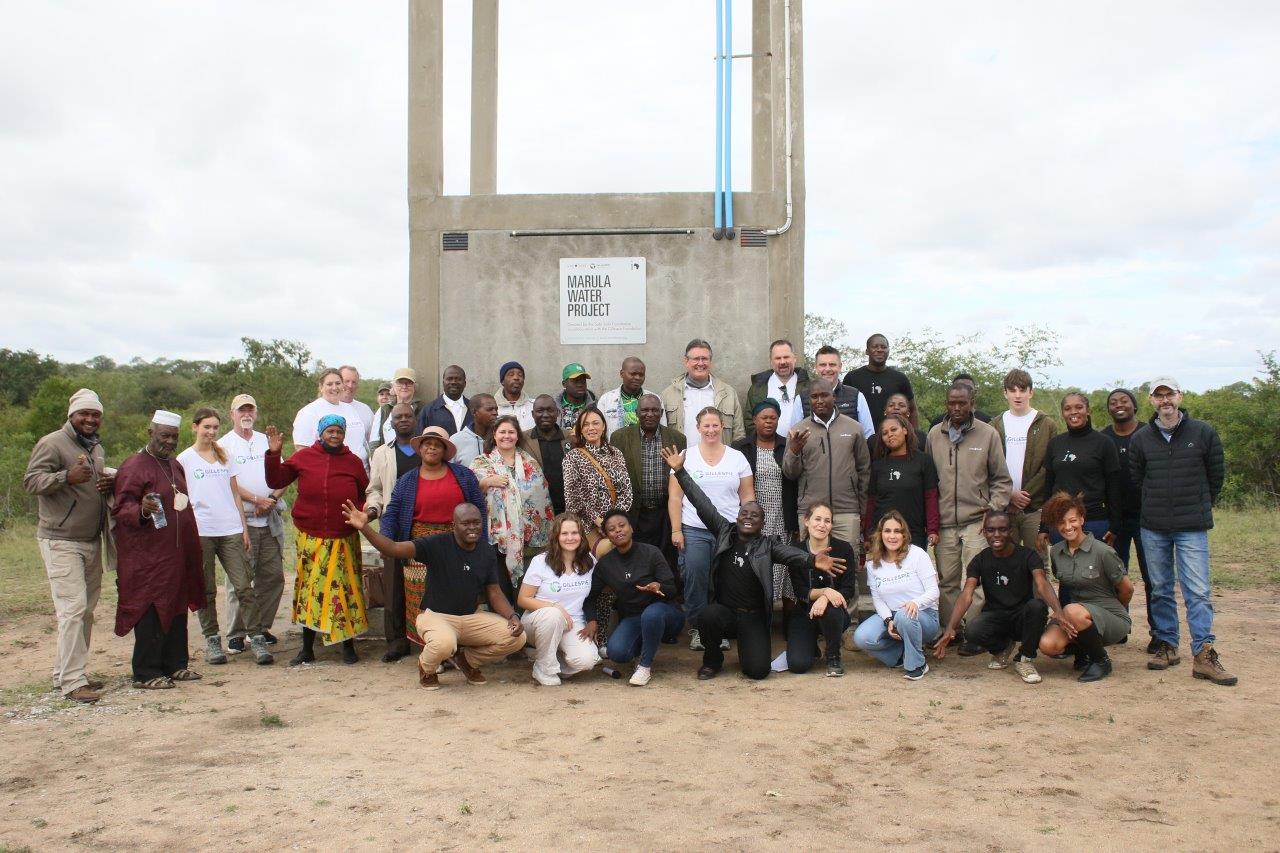 To date, the iASA model has positively impacted over 1.5 million people in 10 African countries, and will shortly bring much-needed relief and upliftment to even more of our staff, and other households in the area, as two additional water projects are planned in other villages adjoining Sabi Sabi.

Just as every eco-system in the natural environment relies on the sum of all its parts for survival – every animal, bird, insect, tree or plant – so too must a conservation company commit to a sustainable and holistic programme that incorporates all aspects of its environment, including the people that call that environment home. This means not only providing employment for local community members but also encouraging education and thereby creating a future full of new possibilities for that community.

The majority of Sabi Sabi staff hail from the local communities of Huntington, Lillydale and Justicia, and some have been part of our story since the very beginning, more than 40 years ago. Today, there are also second-generation employees working across our four Sabi Sabi lodges, in the hospitality and safari spheres as well as in the security force protecting the properties.

These community members that we employ at the Sabi Sabi Lodges are dependent for their livelihood on the success of our tourism enterprise, and every one of us in the company carries with us that responsibility and pride. The Sabi Sabi Foundation, therefore, supports a number of initiatives that aim to foster the success and upliftment of the communities bordering the reserve, including the Marula Water Project.