In years gone by, when hunting was a way of life in the wild African Bushveld, a name was given to those animals which were the most dangerous to hunt on foot – The Big Five. And they were indeed dangerous. Many a hunter lost his life to an injured buffalo which circled back and lay quietly in wait to wreak revenge on his aggressor, or to an elephant or rhino, whose enraged charge carried him on to crush his foe. Nor would anybody with bush smarts ever underestimate the incredible speed and lethal jaws of a stalking lion or skulking leopard.

The days of the big game hunter are long gone, but the allure of the Big Five lingers on. These are now the most sought after animals to find during a safari. And Sabi Sabi certainly delivers. The reserve is famous for its big game viewing, with a particularly enviable record of Big Five sightings. 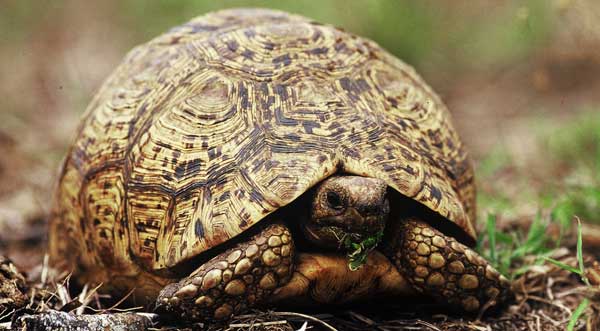 There are however, some other really fascinating and interesting categories of living things in this pristine part of the bushveld – creatures the rangers delight in showing to their guests. One of these groupings is the Little Five, whose members bear the names of their much more impressive namesakes; the rhino beetle, buffalo weaver, ant lion, leopard tortoise and elephant shrew.

Elephant shrews, while very common throughout South Africa, are not often found. They are tiny, well camouflaged, rodent-like mammals. Their only similarity to the huge, majestic slow moving elephants that are seen daily at Sabi Sabi, is that both species have long snouts. Ant lions bear no resemblance to the fearsome cats that prowl the reserve in prides. They are aggressive little insects with an interesting technique of capturing their prey. Leopard tortoises are so called because of the distinct spot pattern on their hard outer shell that so resembles the rosettes of the beautiful, predatory leopards that call Sabi Sabi home. Buffalo weavers are sociable birds which build huge, untidy and seemingly unstructured communal nests from twigs and coarse grasses. Many of these giant nests can be seen in the trees while on safari. The final member of the Little 5 is the rhino beetle, a very large, scary-looking but harmless horned beetle that looks quite a lot like a fully grown rhino. 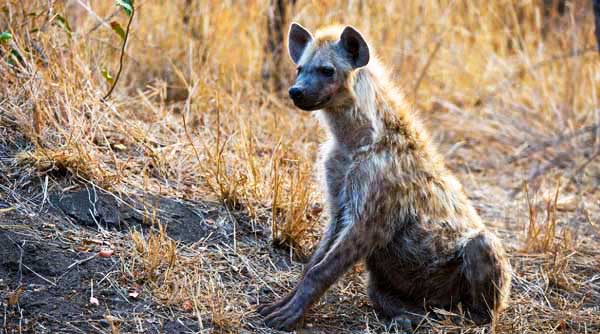 The rangers have coined the name Ugly Five, for what are perceived as being the 5 ugliest creatures to be seen in the bushveld – but this is neither a scientific nor a formal category. The unfortunate recipients of this award are; the lappet-faced vulture, marabou stork, baboon, hyena and warthog. However, although not beautiful, each of them has their own wonderful story to tell.