In a previous newsletter we outlined some of the medicinal uses of the plants and trees which grow in the Sabi Sabi Reserve. While each lodge carries a fully stocked first aid kit and there is a 24-hour emergency medical team on call should our guests or staff ever need them, it is interesting to note that centuries-old natural medicine is still used in the local village and communities surrounding the reserve. The biodiversity of plant life in the Sabi Sabi area is a veritable “medicine chest”, providing a valuable selection of natural remedies.

The Magic Guarri bush has many medicinal uses, and is also associated with several mythical beliefs. The scientific name of the Magic Guarri is Euclea divinorum, a clue that the bush, which is said to have supernatural powers, is sometimes used in divination. The wood is considered so sacred that it is never burned for fuel. Twigs or pieces of the branches are carried as good luck charms and branches of the bush are used in many African cultures as a divining stick to find water – the branch is said to quiver when close to a water source. The Shangaan people grind the roots and apply a poultice to the skin as a cure for leprosy. The same ground roots can be used for the relief of toothache or to prevent tooth decay and can even be used as a “bush toothbrush” as depicted in the images. A paste made from grindings is rubbed onto the skin to stop convulsions. Many traditional healers use the Magic Guarri as to help abdominal pains associated with pregnancy and to prevent miscarriage. A handful of cut up roots is boiled and drunk after cooling and flavoured with star anise – this is apparently very effective and completely safe for use in pregnancy. The same mixture can be used to help with female infertility. Whereas fruit from the Magic Guarri is an effective purgative, a teaspoon of the pregnancy/infertility infusion will cure diarrhea. 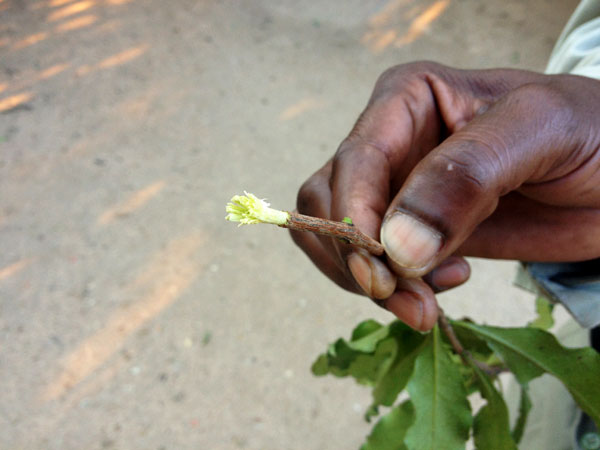 topping nosebleeds is easily done by staunching the flow of blood with leaves from a Sandpaper Raisin tree. The leaves, when infused in warm water for half an hour are also effective as ear drops to relieve earache.

The Sausage Tree is sacred and is protected by tribal people in many parts of Africa. A Sausage tree in full fruit, with its distinctive, massive hanging “sausages” is a source of fascination for all Sabi Sabi guests. Just about every part of this tree is used in traditional medicine. The unripe fruit can be crushed open and dried out in the sun before being ground into a fine powder which will create the base of an ointment to cure skin blemishes. The powder is also used to create a paste which will cure many other skin ailments and irritations including boils, ringworm and fungal infections. (This same ingredient is used in modern herbal cosmetic creams for the treatment of eczema and psoriasis. There is current research into the use of extracts of the tree in anti-inflammatory medications, anti-ageing treatments and as an anti-oxidant.) The sap of the tree is used to treat rheumatism and an ointment made from the bark is said to prevent sun damage and assist in the healing of skin cancers. Legend has it that the tree will keep away evil-spirits and even tornadoes. 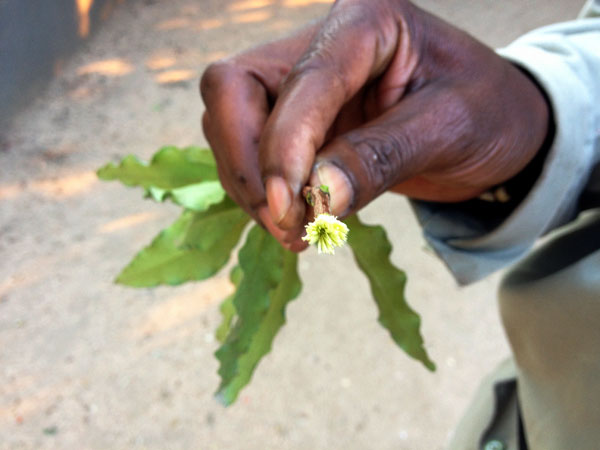 The Fever tree contains ingredients which are very popular and are widely traded amongst South African herbalists. The bark of the tree is yellow and sickly looking, creating the belief in the past that it was the tree which caused malaria. It is this yellow bark which is mainly used in traditional medicine, and which is the basis of many compounds to heal fevers and eye infections. The bark can also be infused as an emetic to induce vomiting. To cure a cough or bronchitis, 8-10 leaves from the Fever Tea tree steeped in boiling water will do the trick. Local folk lore has it that if a bath is taken with ground dried bark from this tree, you are allowed to wish for whatever your heart desires. Some witchdoctors use a tea brewed from the bark of the Fever tree to enter into a dream state in which they receive messages from ancestral spirits. 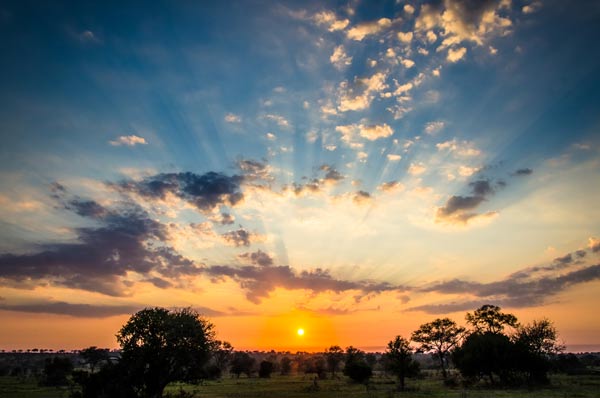 Traditional healers are highly respected and skilled in their work, and as such have recently been recognised and are partly regulated by the South African Department of Health. Their healing methods include a belief that the body, soul and ancestral spirits are an integral part of any illness, and must all be in harmony to facilitate healing. Many guests at Sabi Sabi visit the local villages as part of a community tour, and at the same time take the opportunity to experience a visit to the sangoma, the village healer.

*’these remedies have been used for centuries and handed down to local people with an in-depth knowledge of their local environment. Practice caution and get advice before trying any of them.’