With the pace of sightings this week, it was a pleasure to take a moment to enjoy an incredible sunrise on a cool autumn morning…

We continue to enjoy regular sightings of a female cheetah and her cub. We were fortunate to spend time with them and watch as the female made an attempt to hunt a male impala. We watched as she patiently crept forward, a meter at a time. When the impala unknowingly walked right past her, she took chase, but unfortunately, her target dashed into the thickets, leaving her empty-handed. She reunited with her cub and took time to cool off after the chase. 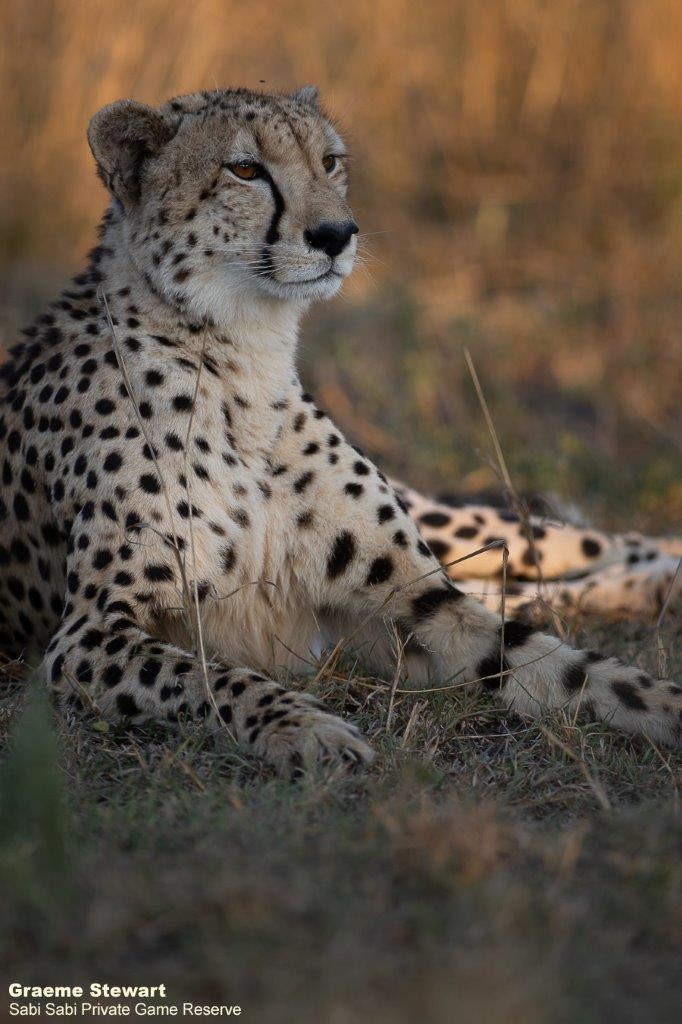 A pack of wild dogs were on the move one morning, in and out of thickets and across open plains. An action-packed safari followed them as they looked for something to hunt.

The N’weti male leopard has been seen almost every day this past week. With a young kuku strewn up in the tree above him, he tried in vain to find a comfortable position in the branches of a Marula tree. Shifting here and there, but refusing to move from the tree where his food was waiting.

The following day, he was still feeding on his kill before descending the tree to rest. Some hyenas came to look for scraps but were out of luck!

A leopard we seldom see – the Mashaba female. She was hunting impala until having a run in with N’weti before they went their separate ways.

After successfully hunting a rather large impala, this leopardess knows she has her work cut out for her as countless scavengers, such as hyenas, will often come in and steal her kill, she is extremely aware of what’s happening around her. Later in the evening, she found a nice branch to rest on for the night.

A few days later, she was once again using the height advantage of a tree to see if there were any potential prey species in the surrounding area. Once she comes down, her visibility will be much less as she is surrounded by thick vegetation. After approximately 30 minutes of stalking impala, she made a dash for it but was unfortunately unsuccessful. 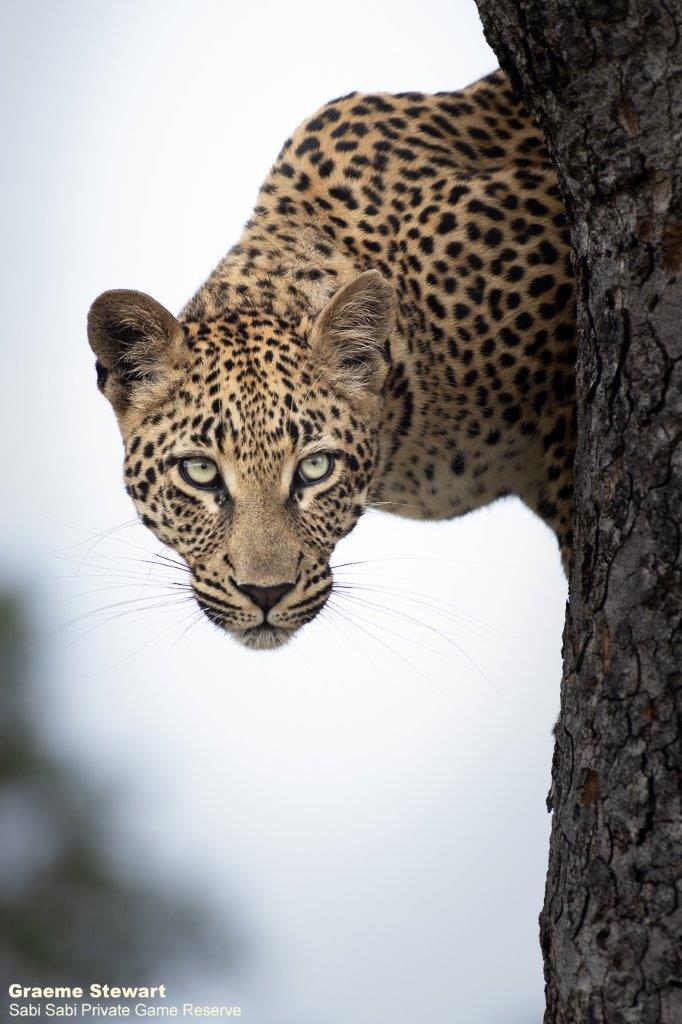 After hoisting her kudu kill high into branches of a Marula tree, the Kigelia female leopard and her cubs took turns to feed in the hazy soft rain of morning game drive. 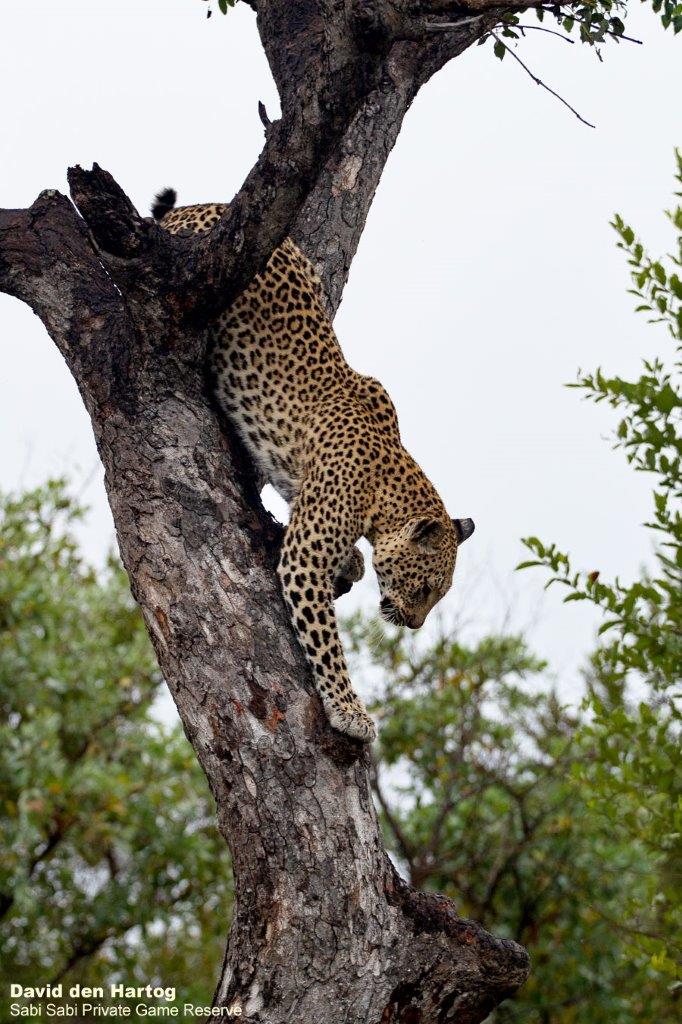 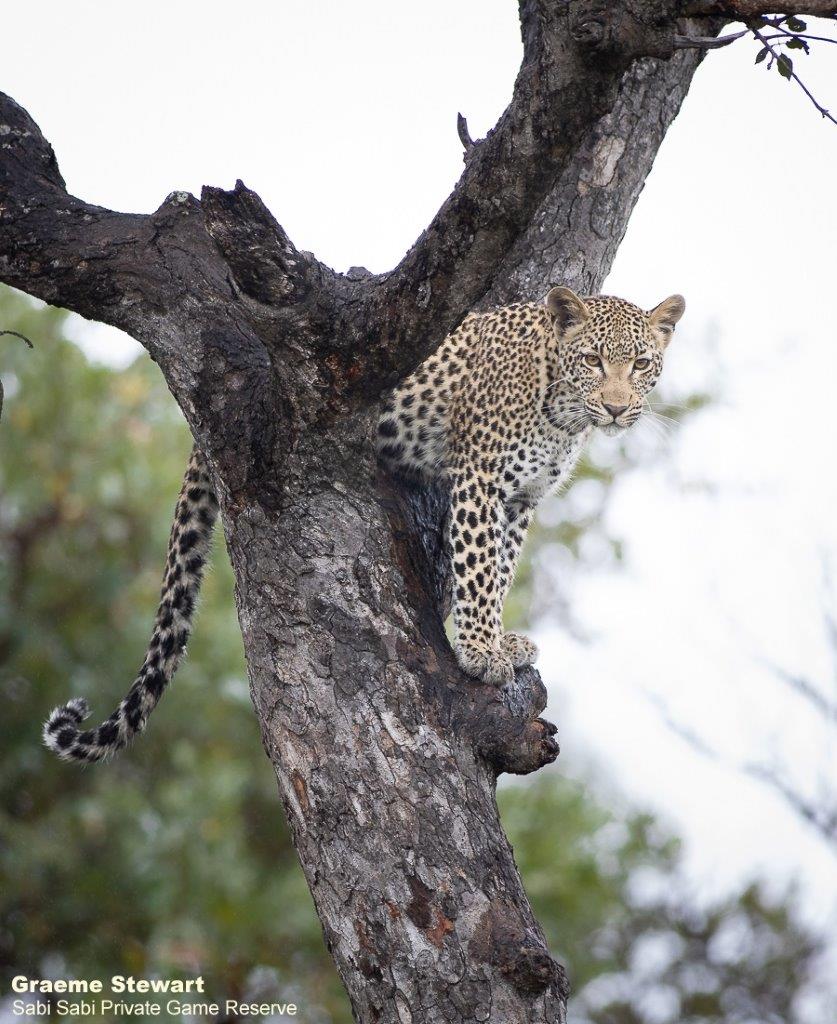 Following the Southern Pride and understanding their behaviour, we predicted they would move to a nearby waterhole. We decided to wait it out at the waterhole and as luck would have it, they made their way straight there. We watched as they took turns drinking before heading out to our northern plains on the hunt for zebra.

We came across this young male lion and young lioness together, resting in the shade. They were not far from another pride of lions that had made a buffalo kill. They were very relaxed but alert to their surroundings, showing evidence of hyenas being close to them, so possibly chased by the hyenas but unsure if there was any confrontation.

The Mhangeni Pride managed to take down a large buffalo bull in the early hours one morning. The whole pride was found looking well fed and should have a good meal for the next couple of days.

After noticing a committee of vultures resting on a dead tree, we made our way towards them and found a pride of lions and their cubs finishing off what seemed to have been an impala kill.

The bond between the N’waswishaka coalition is strong – years of hunting, playing and fighting together has cemented a deep connection between all of them. 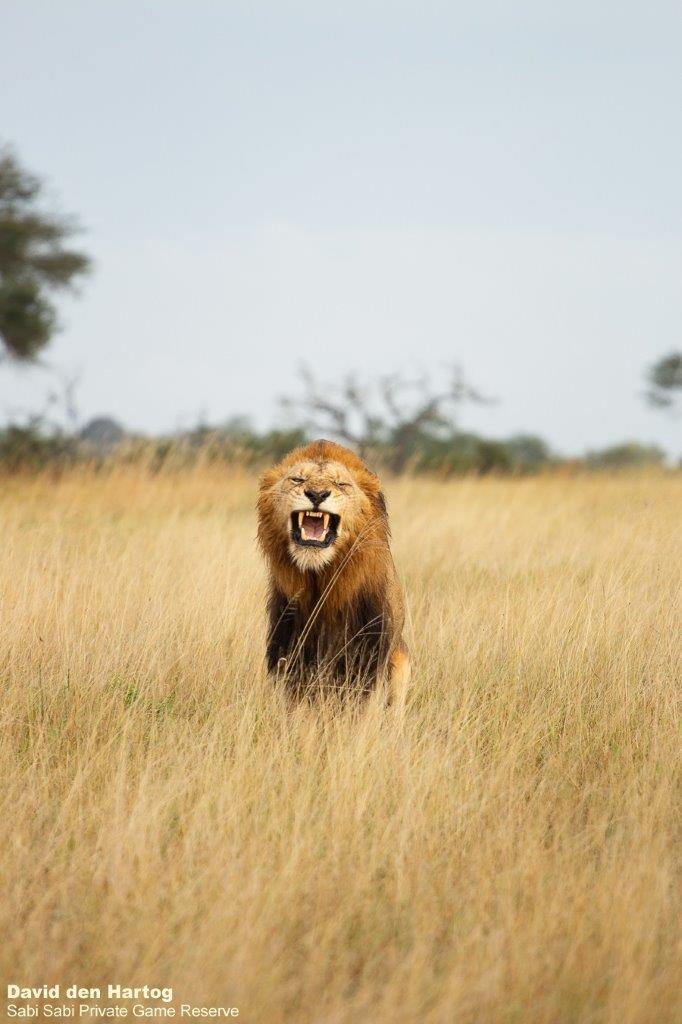 We came across a pride of lions finishing a waterbuck kill. The male was keeping the remains for himself, not allowing the females to eat – so much so, that he just about fell asleep on the carcass!

Flehmen response – a male zebra checks if one of his females is in oestrus by smelling her urine.

With the frenzy around the Marula season and the bush being so dry, the reserve has plenty of elephant pathways around, all leading to the Marula trees.

The Tawny Eagle is a powerful and opportunistic eagle that will not hesitate to attack other raptors even larger than itself.

Oxpeckers have adapted to occupy a niche where food, in the form of ecto-parasites, is readily available without competition. They have special claws to move about on mammal’s hides as well as specialised bill and tails.

Owls enjoy excellent binocular vision. Their large eyes help collecting light, the large eyes restrict movement in the skull and therefore only have visual field of about 110 degrees. To overcome this, owls, such as this Spotted eagle-owl, have very flexible necks which allow them to turn 270 degrees to see behind themselves. 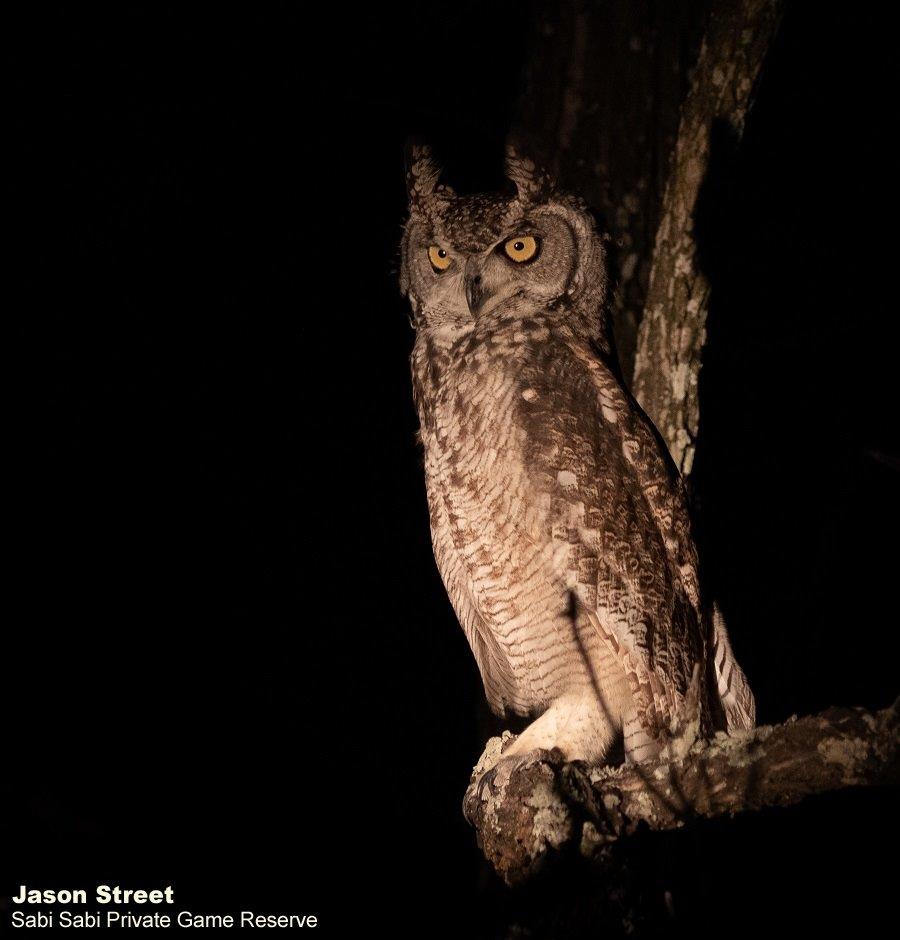 Up close and personal with the king of camouflage, the Flap-necked Chameleon.