A Lilac-breasted Roller waits for any insects to fly up from the ground as a breeding herd of elephants moved through the area.

We stumbled upon a very odd-looking female buffalo, but despite the strange way her horns have grown, it sure hasn’t stopped her!

We spent some time with a herd of elephants playing in the mud, drinking and splashing around!

One morning, while having our morning coffee we heard the frantic alarm calls of Guineafowls just outside of Bush Lodge. We gulped down our last sips of coffee and now charged up on caffeine, we headed straight towards the commotion and found the Styx Pride making their way towards the watering hole.

Two days later, they were seen again… a formidable force in the making… It is hard to describe the feeling of lions, such as the Styx Pride, walk towards you and then spending the morning with them watching them stalk and almost catch some impala. We could see the outlines of their large muscles working as they ever so gently were able to put one foot in front of the other. The concentration was evident on the faces of the lionesses while the cubs stayed back for a while before trying to catch one impala of their own as it ran towards them after being chased in their direction, perhaps still a bit too big for the youngsters! 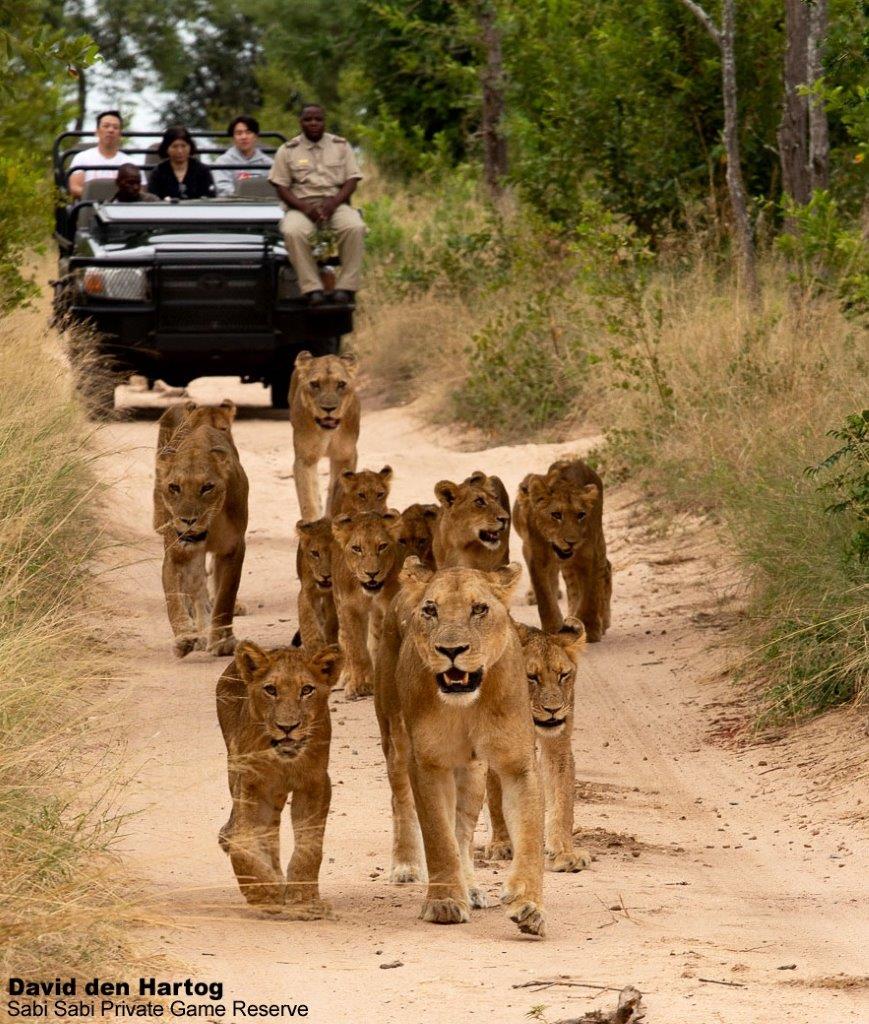 A male lion we have not seen in a very long time – the last of the Birmingham coalition has snuck onto Sabi Sabi. Male lions often enter a second nomadic phase after they become too old to hold their previous territory.

The Southern Pride lioness and her two cubs were also a welcome sight this week. They have slowly been moving into the Northern sector of Sabi Sabi. This has been due to the sudden presence of three unidentified male lions in her original territory, the Southern sector of Sabi Sabi, and so they have pushed North, assumingly to keep her cubs safe. If this movement becomes permanent, this lioness and her cubs will find themselves deep within the Styx Pride’s territory, yet another threat to the Southern Pride. 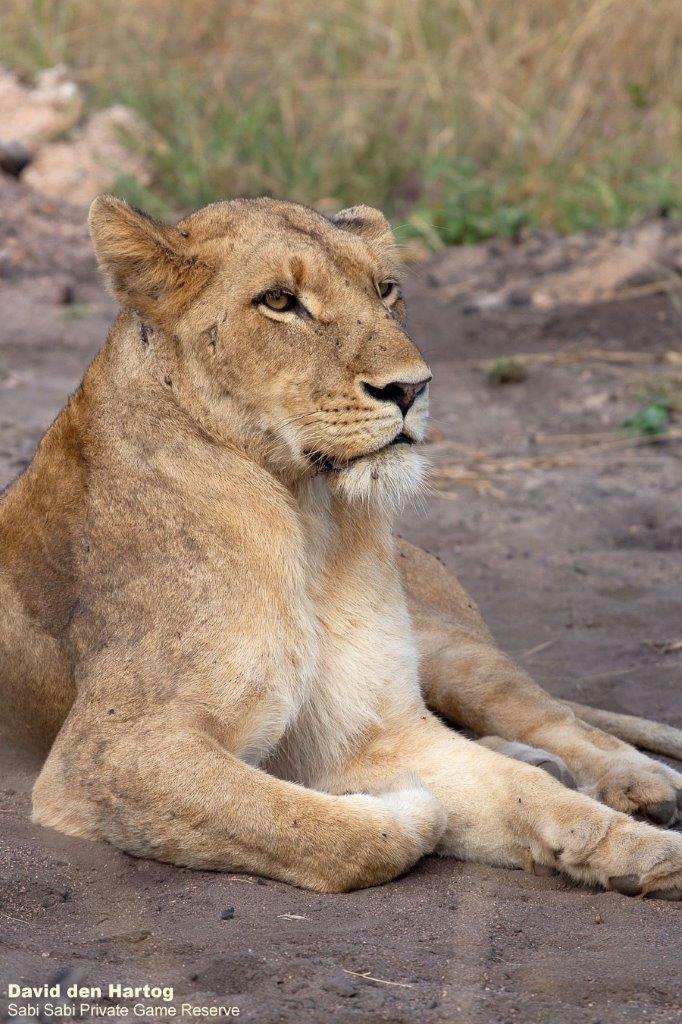 The following day, on our morning safari, we noticed some lion tracks and decided to follow them. We did not have to search for long before we found the Southern Pride lioness and her two cubs trying to hunt some impala. The cubs kept disturbing the hunt until the lioness gave up, but the cubs continued to chase some impala around and as we were following them, we came across one of the N’waswishaka male lions with an impala kill himself. It was surprising that the lioness and the cubs did not see the male make a kill and the male never let his presence be known, at least that is how it appeared to us.

We decided to try and find the Kigelia female leopard and her two cubs that were seen earlier in the day with an impala kill hoisted up a tree. We were happy to find them quite easily, resting under the trees. The cubs were hiding in the long grass for quite some time, but we were patient enough and eventually had a good view of them.