With being in the bush every day, all day, for 6 weeks, you see a thing or two which make it worth every second. This cycle has been incredible as always, I know I keep on mentioning it, but Sabi Sabi is a very special place.

During the course of these 6 weeks, we have seen everything from wild dogs, cheetah, countless leopard and lion sightings including cubs and a pride of lions that we have not seen in some time at Sabi Sabi, even a new female cheetah and a male leopard who made a reappearance from the north, last being seen at Sabi Sabi in 2018.

After having so much rain over the last couple of months, the bush has become incredibly thick with grass almost as high as elephants so finding animals has become quite challenging but with help of our trackers, we have managed to have some incredible sightings.

The green grass makes every photo that much more beautiful, adding a welcoming warm colour to any photograph – a perfect example of this would be this lion cub stalking the vehicle. As the cubs grow older, they become more and more confident with the vehicles and sometimes even using us as practice in some ways. The beautiful green made this lion cub stand out perfectly, yet still incredibly camouflaged at the same time, it is amazing how nature works. 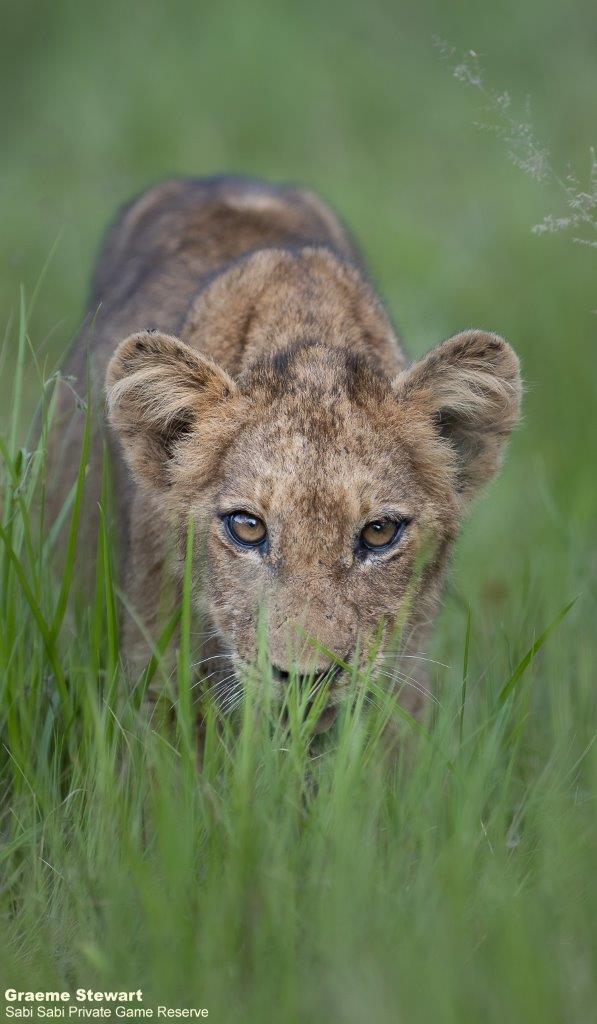 Another highlight of this cycle must be that of the dominant male leopard often seen only in the eastern section of Sabi Sabi who has begun to push his territory deeper into the heart of our reserve, and with him extending his territory, this allows us more opportunity to view him. On one of my first ever drives at Sabi Sabi we drove past a large granite rock with a beautiful Fig tree growing behind it, I can remember thinking to myself if I ever see a leopard on this rock, it would be a day I would never forget. Well, a few weeks ago that day happened, and I will never forget it. I still don’t know how my tracker spotted it, but we found N’weti male leopard lying below the rock and as we approached him, he sat up and looked up at the rock almost as if he was calculating how he was going to climb up there. 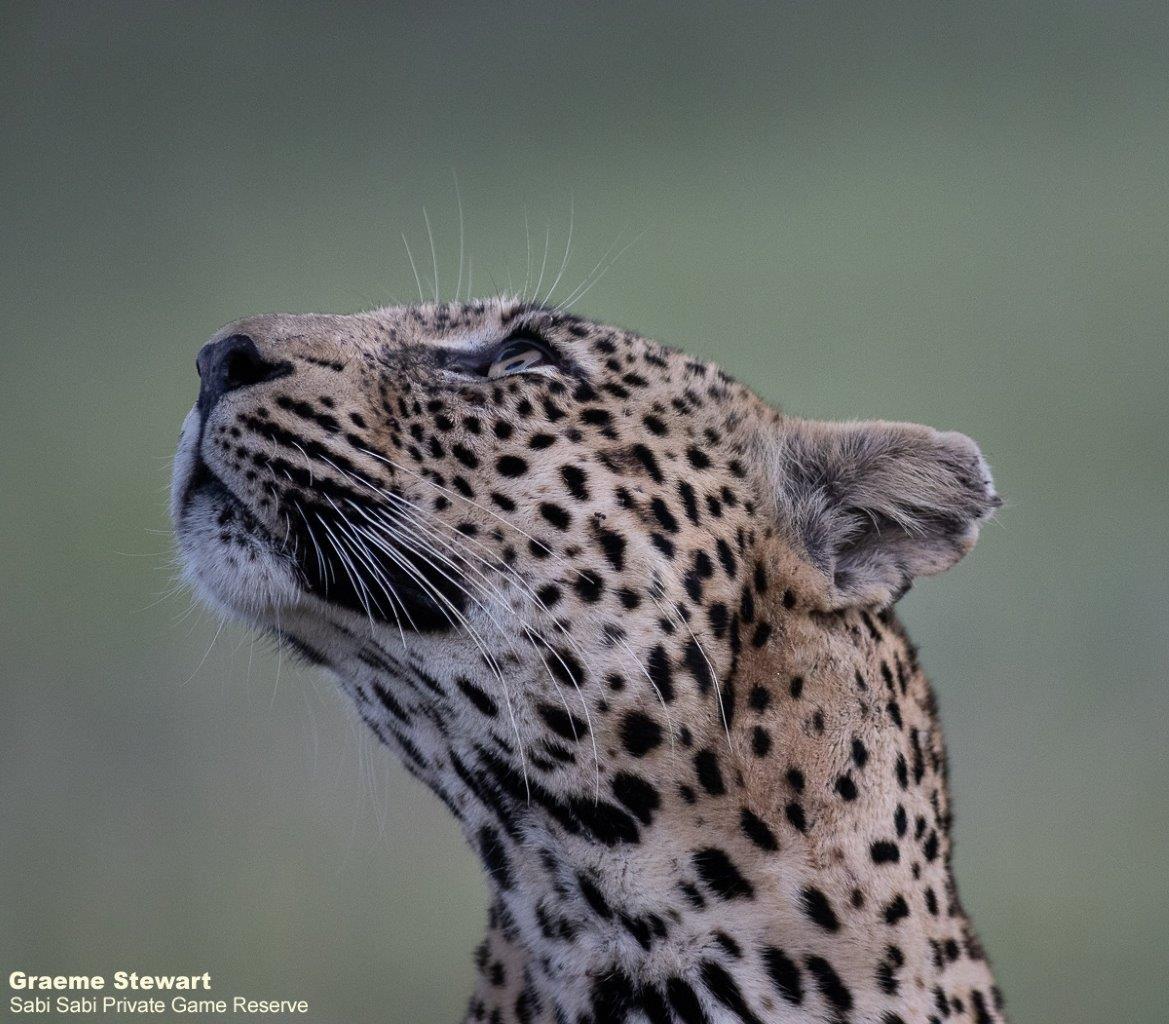 I asked my tracker, “Is he going to do it? Is today going to be the day I get a photo I have been dreaming of for nearly 3 years now? Is today going to be the day?”, and just like that he was up on top of the rock. On the inside, I was jumping around screaming and shouting but on the outside, calm and collected, but still jumping with joy in my seat. I probably took over one hundred photos of this male lying on this rock.

What made this sighting even better, as if it could get any better, it started to drizzle slightly which made the male leopard get up and move. We were expecting him to go into a thick area to try and escape the rain, but he had another idea, he decided to climb up the Fig tree and seek shelter under the canopy of the tree, and as you can see in this image he was incredibly comfortable.

So, after all that excitement of having this male leopard on a rock and then up in a large Fig tree, I didn’t think that my cycle could get any better, but there is a young female leopard by the name of Golonyi who has very recently become independent from her mother, and she has quickly stolen my heart. She is confident and has the beauty to match that, a perfect combination for a leopard.

Over the last couple of months, we have watched this young leopardess grow up to become an incredible individual and has really spoilt us with sightings, from lying beautifully in a fallen over Marula tree to walking through the grass as if she owns every blade of it, every sighting we have of her is one for the books and I cannot wait for the next time we see this leopardess. 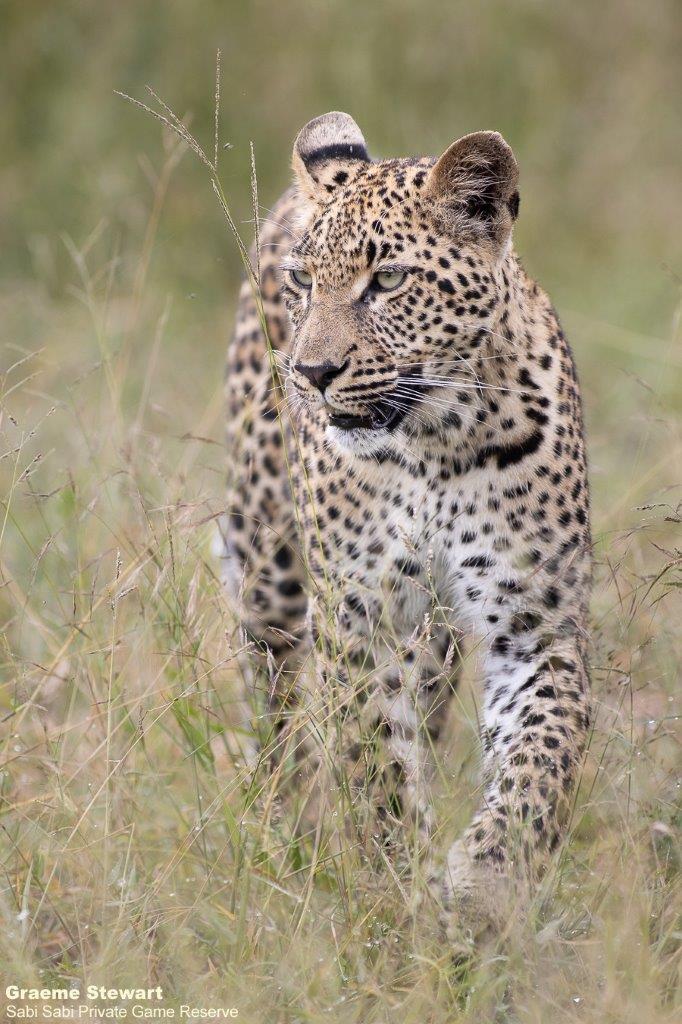 After everything that has happened over the last couple of weeks makes me not want to leave. I’m always so worried about what I may miss out on or what sightings may happen when I’m on leave, I get serious FOMO (fear of missing out) but that’s what draws us back, the unknown as to what may happen when you least expect it.