With the rain the night before, the crisp remnants of cloud against the bright blue canvas produced a beautiful sunrise. This set the scene for the week of amazing sightings…

The sun peered through a small gap in the clouds illuminating this African Fish Eagle which was perched in a dead tree in front of Earth Lodge.

As the sun was warming up, wildlife began to look for places to cool down. Here we were treated to a special sighting of impala and elephants at a waterhole.

Like mother like daughter. We are starting to see more and more impala lambs on the reserve and this was Graeme’s first sighting of one this season. 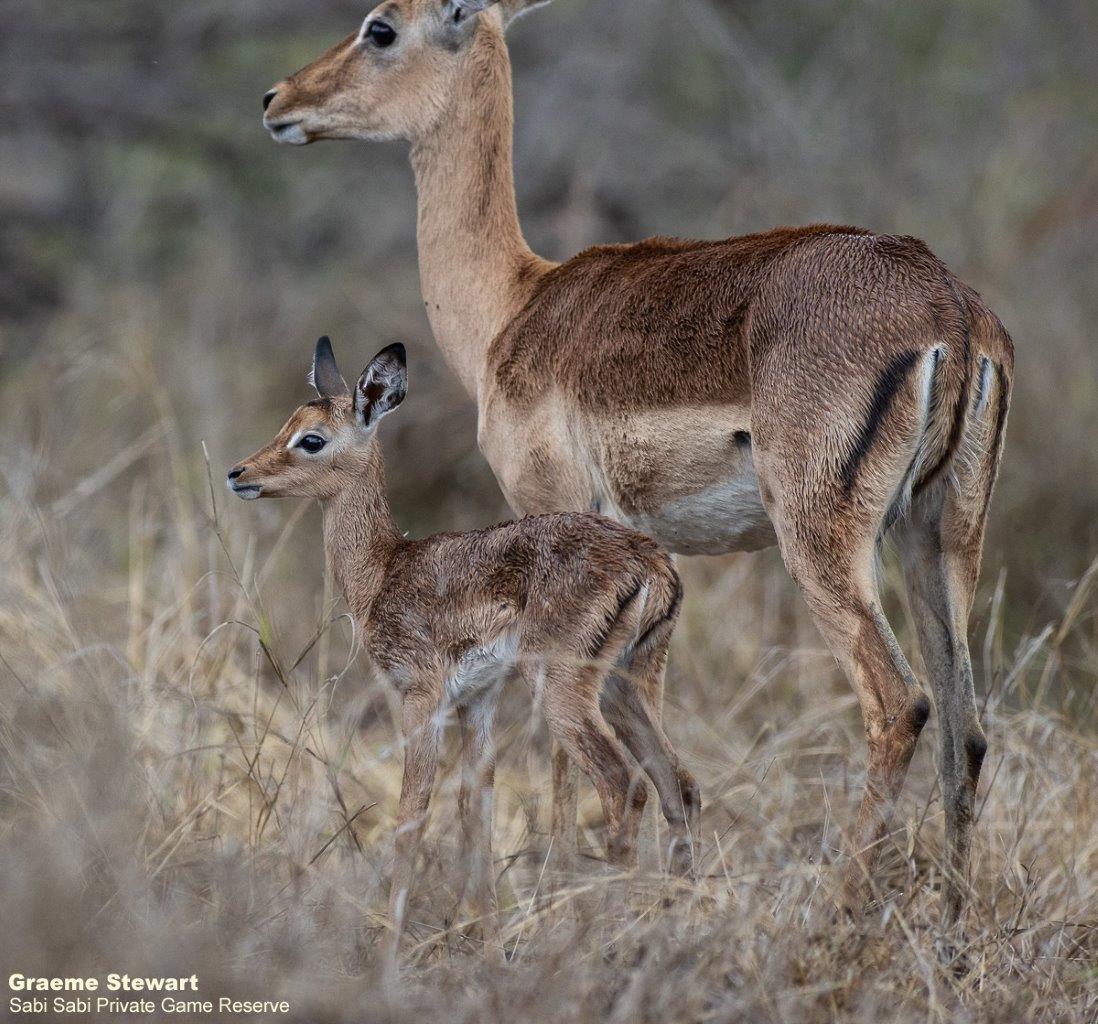 We see quite a few different Sandpiper species in the little water sources around Sabi Sabi, the Green Sandpiper is always a special one for Amy because the first time she ever saw one was at Sabi Sabi!

After successfully killing a kudu, this hyena fed as fast as she could before the vultures made their way to feed.

This male Bennett’s Woodpecker darted up to the branches of a dead tree as it saw us approach. It was sitting on the floor which may seem strange for a woodpecker, until you realise that its diet is predominantly ants.

A leopard new to our reserve, who we believe is the Ndzutini female, was seen making her way through some long grass. Just a very brief sighting of this beautiful female. 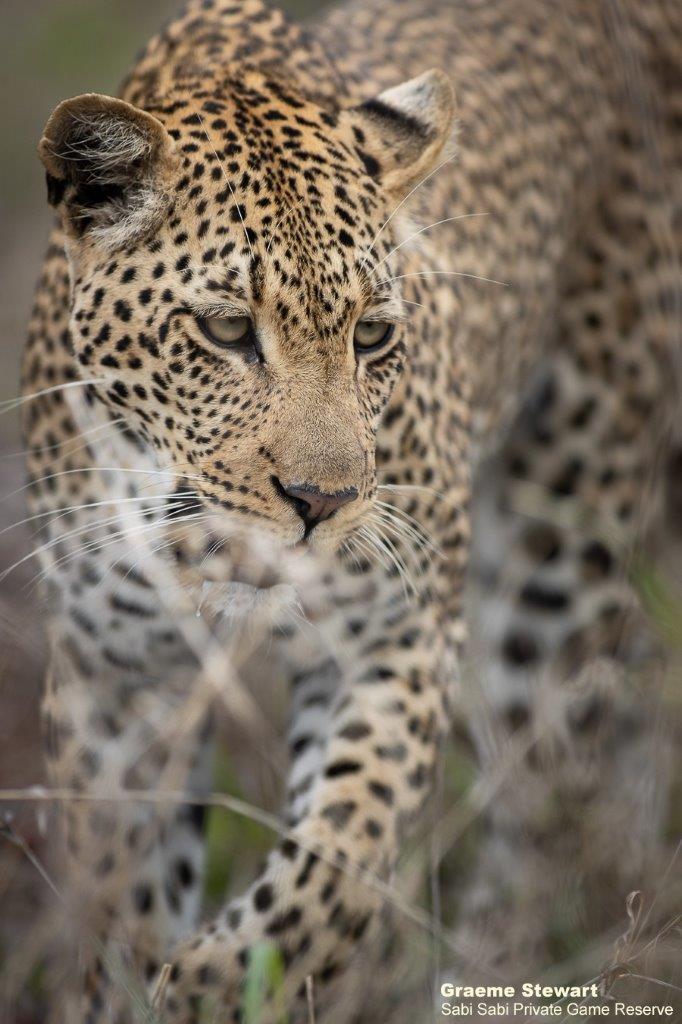 After responding to its mother’s call, Kigelia’s cub crept up the banks of the dried riverbed and began to stalk its mother. This was the first of numerous sightings of Kigelia and her cub for the week. 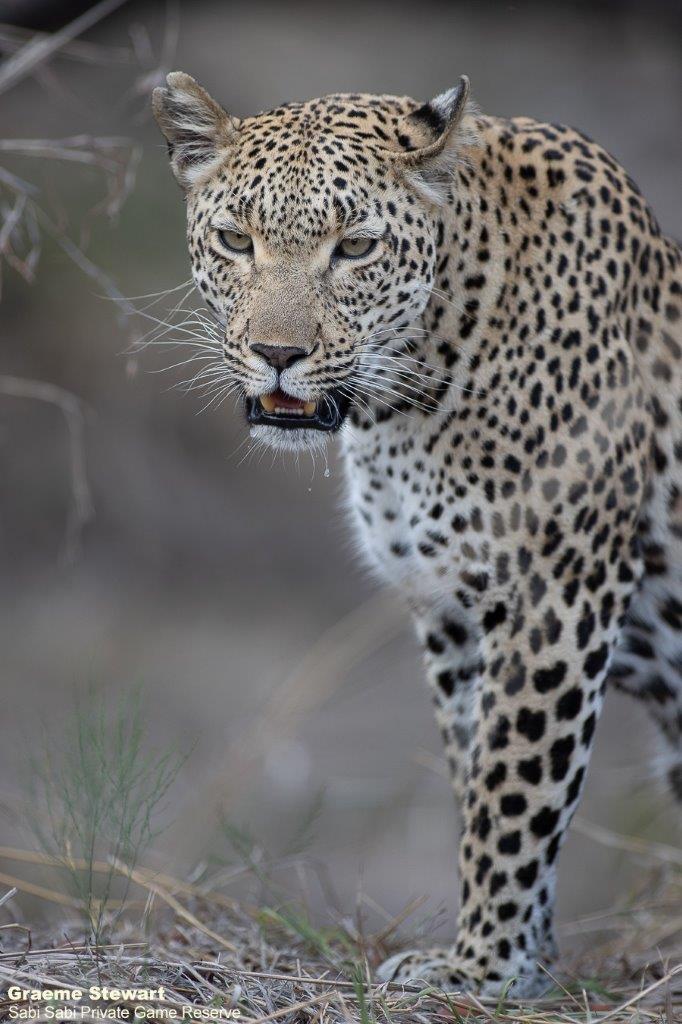 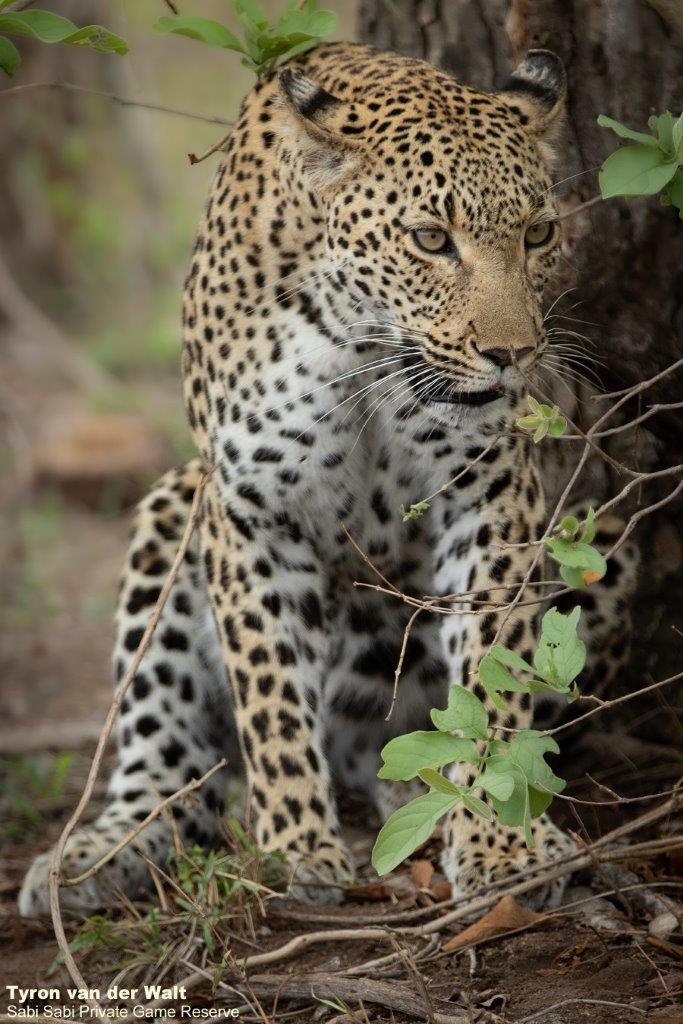 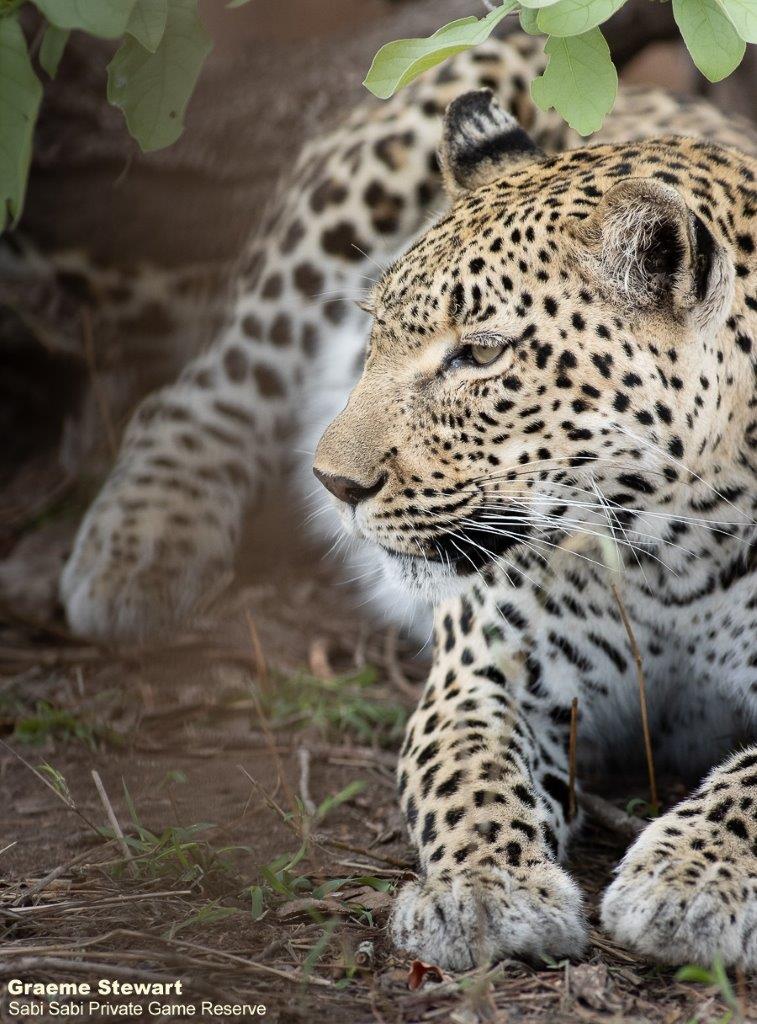 After feeding on his kill from earlier in the day, the Dewane male leopard made his way towards a drainage line to rest. 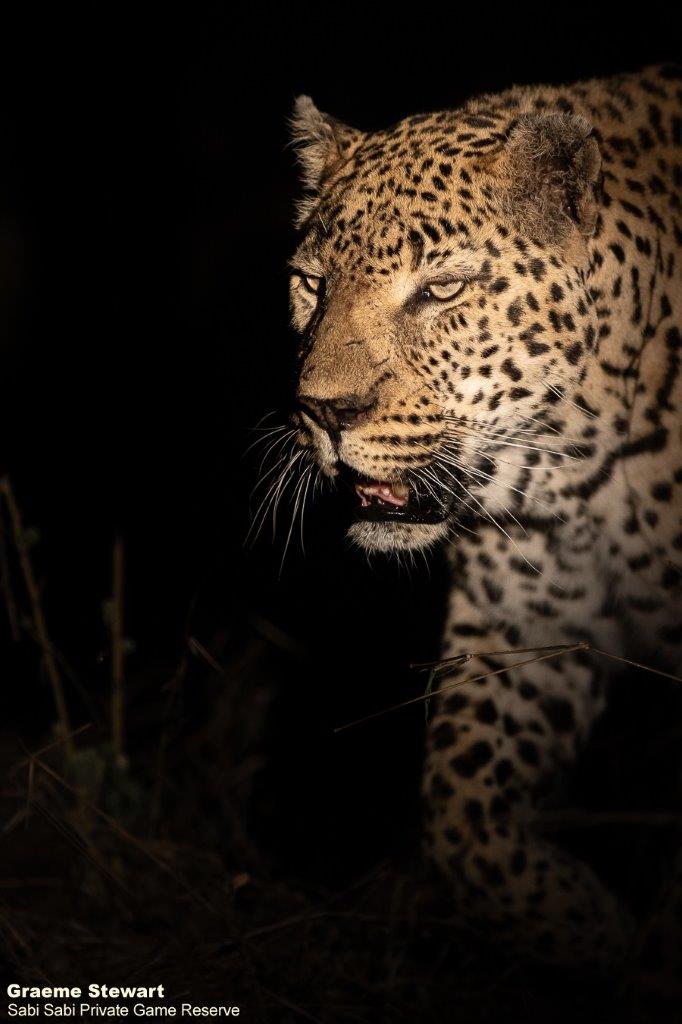 After a quiet start to the afternoon, we were surprised when we came across this pack of wild dogs lying in the road. You never know what’s around the next corner! 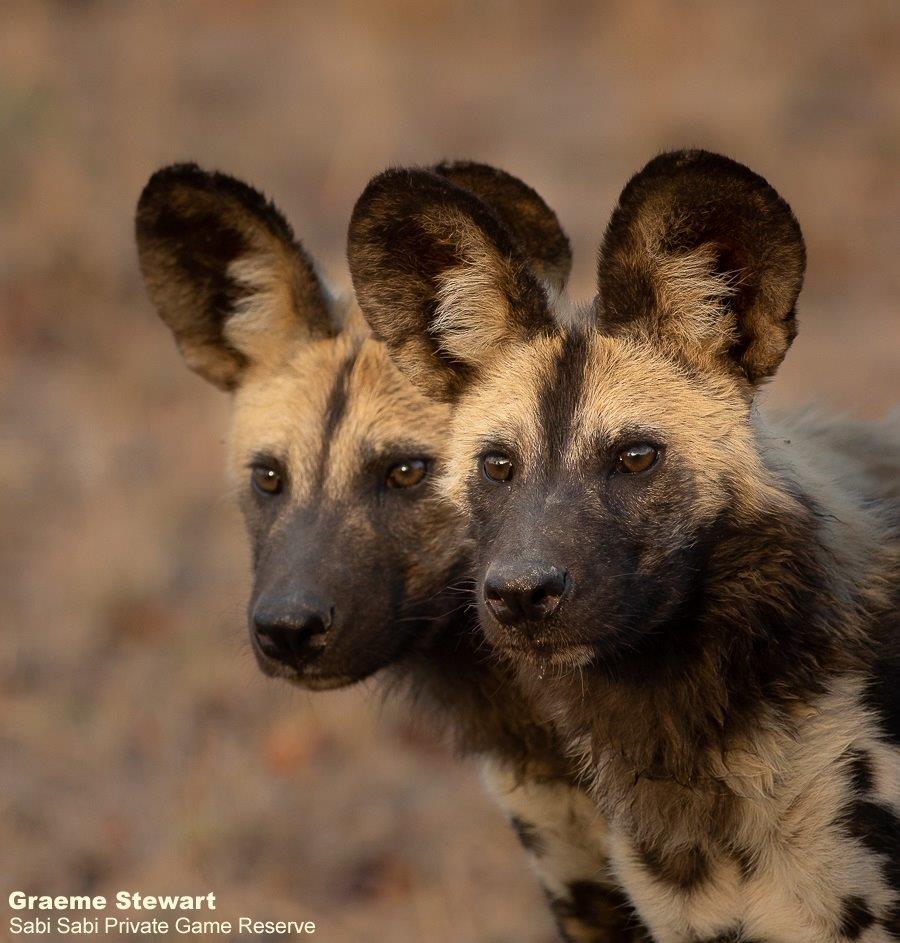 After leaving the lodge, we spent nearly an hour following the tracks of lions and we were eventually successful. We found two of the N’waswishaka male lions, the three Styx lionesses and their cubs feeding on a large male kudu that they had killed earlier in the day. 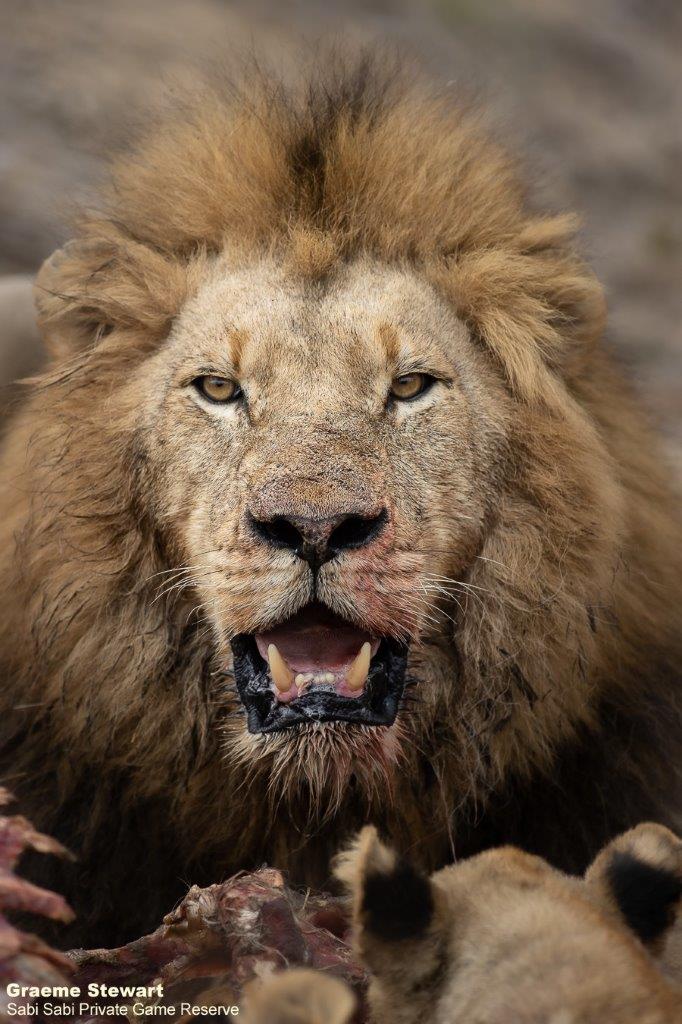 As the morning’s heat began to set in, the Styx Pride slowly made its way into the dried riverbed to rest in the cool sand.

With the rest of its family resting peacefully in the shade with full bellies and trying to stay cool, one of the cubs could not resist the urge to investigate an intruder… They say curiosity killed the cat, but all this Millipede did was leave a bitter taste in the cat’s mouth. 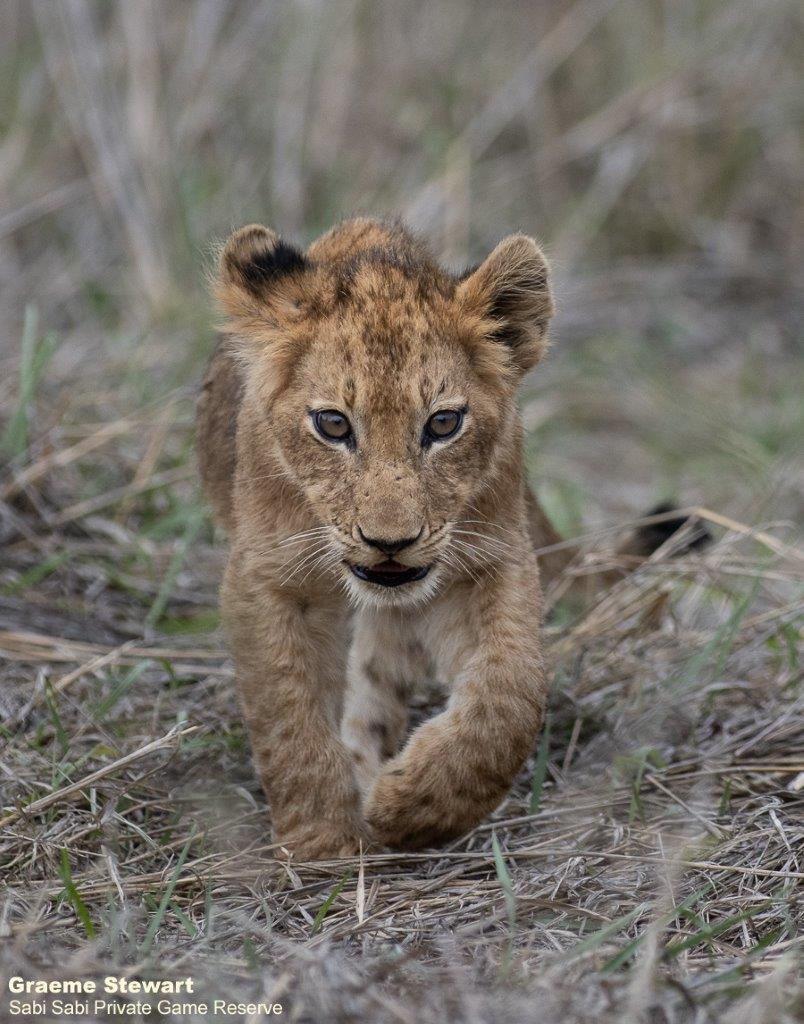 When everything around you is a playground!! As a mother lion, your personal space, your time and your tail are no longer your own; and a Millipede gets the better of this curious cub…

As the Styx Pride rested in a cool open area, the three adults noticed a few hyenas moving in their direction. As they came too close for comfort, they ran after them and chased the hyenas away while their 11 cubs stayed and watched from a safe distance. 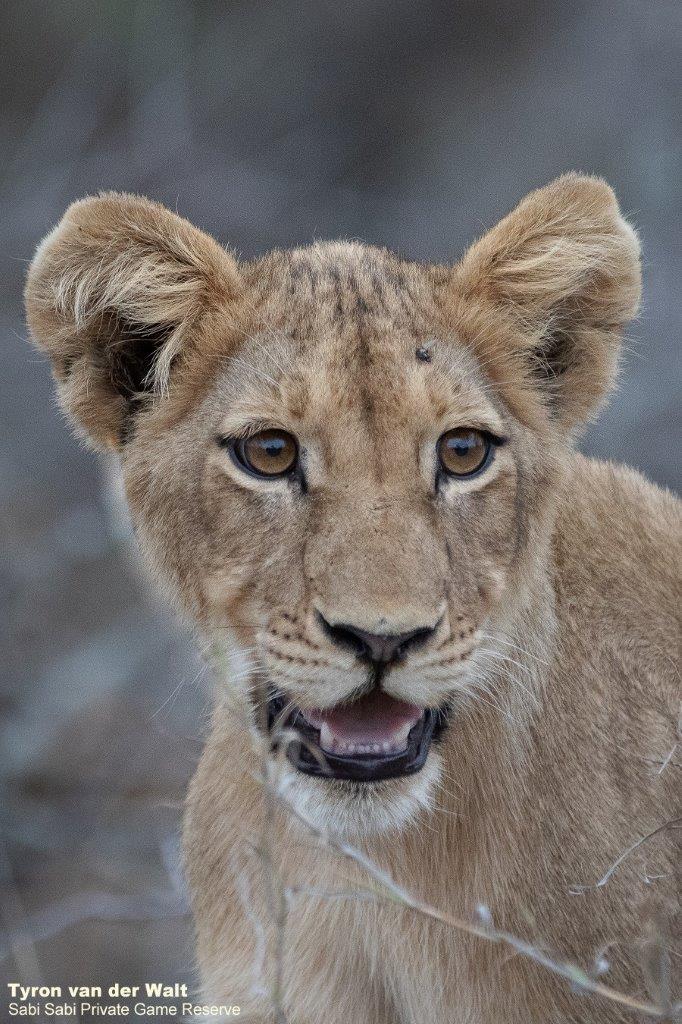 An experience of a lifetime! This female cheetah successfully brought down an impala lamb just metres in front of the vehicle. 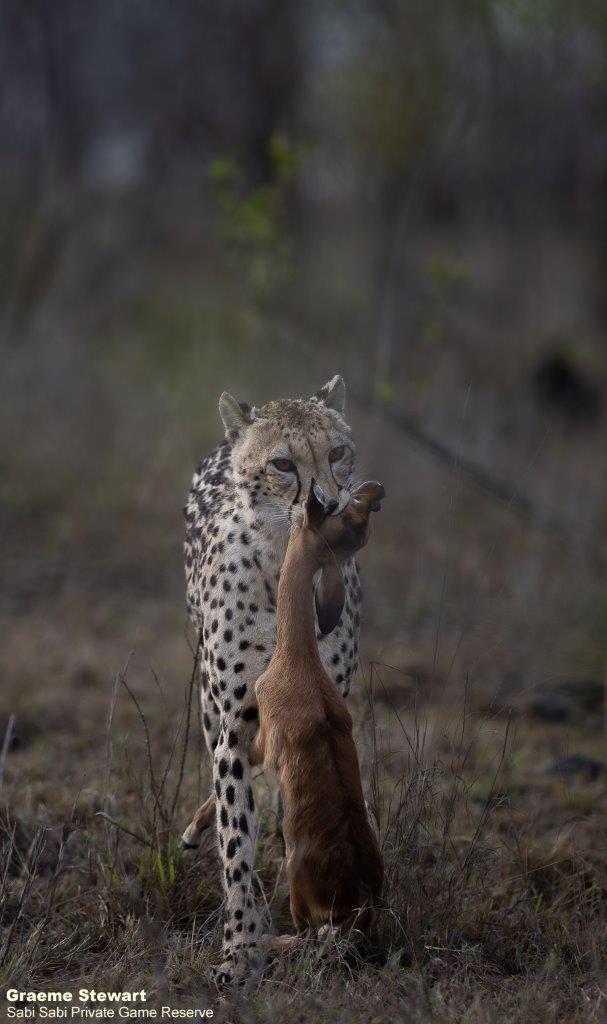 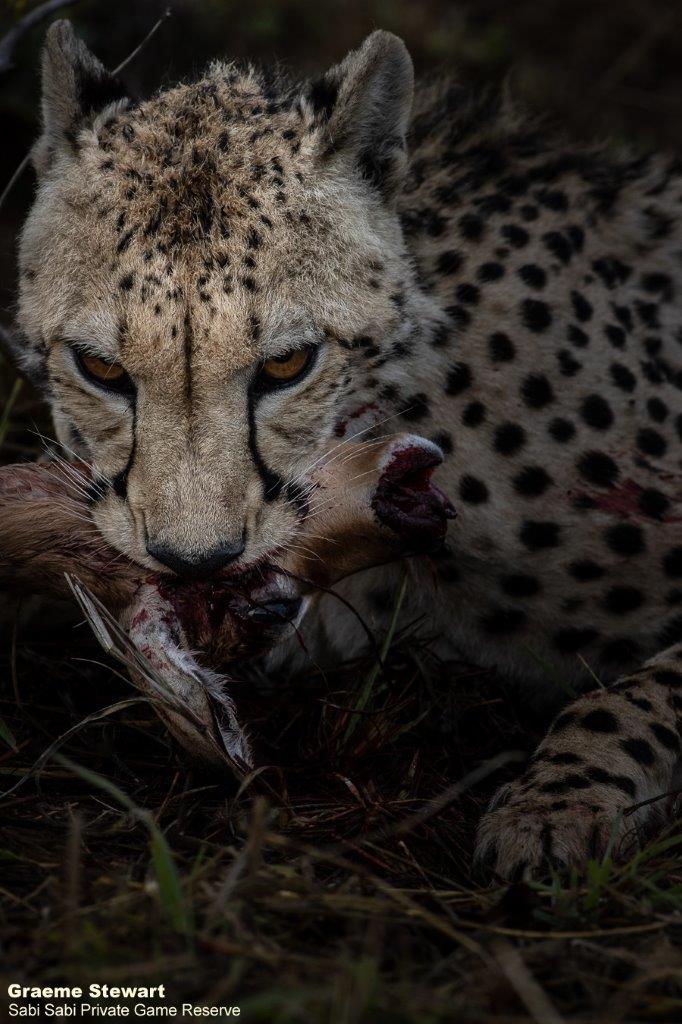 A few days later, they were on the move and in search of another meal.

Early one morning we found the remains of a kill made in the early hours of the morning. We followed the tracks ad found a very full male cheetah resting in the shade.

After hearing word that there was a male cheetah seen earlier in the afternoon, we decided to go and see if we could find him. As we approached an open area, we spotted him lying in some shade while observing the open plains.