Do you ever look at your cat and wonder if it still has a wild side, or if it truly is just a house cat? By nature, wild cats are a lot more aggressive, whereas domestic cats are more friendly and are more likely to form memories and strong relationships with humans through interaction and contact. Domestic cats are also able to learn through reward-based stimuli. Although house cats are seen to be a lot more docile, they do still share many similarities with their wild relatives, making your house cat wilder than you think. 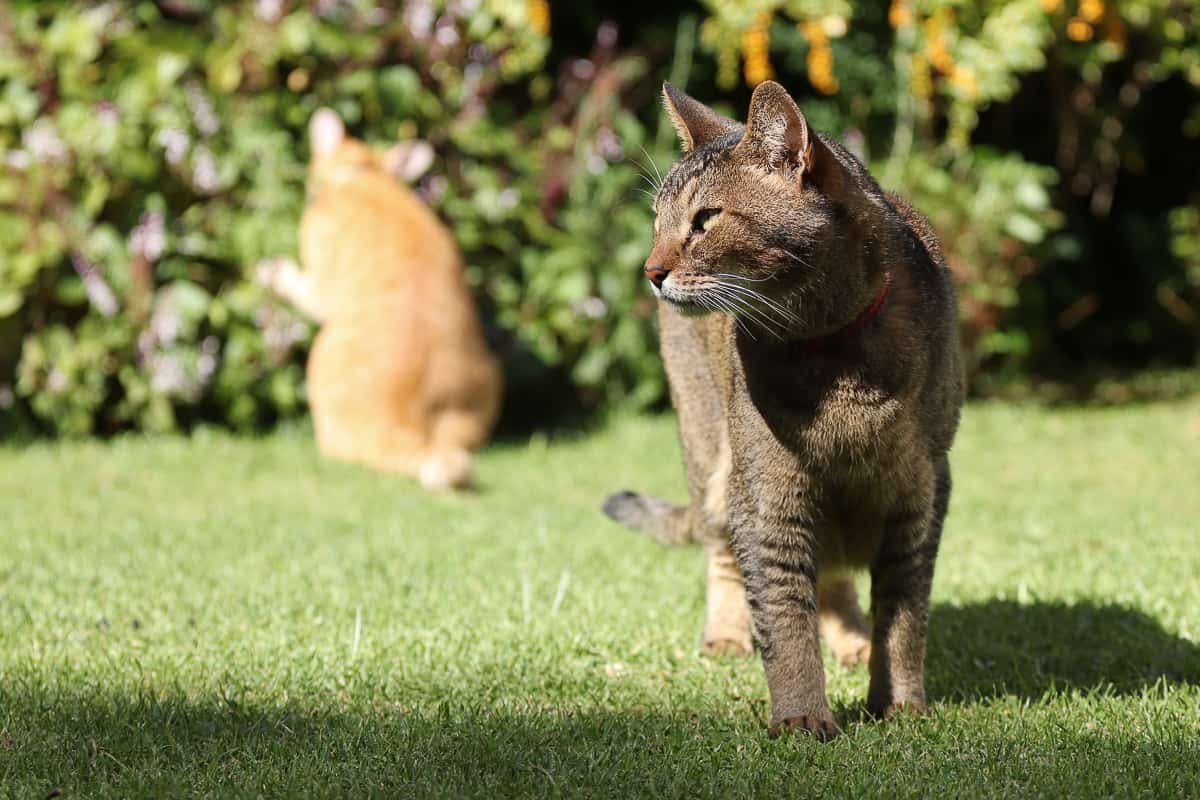 Their hours of activity are very similar to that of their wild relatives as they can sleep for approximately 20 hours per day, mainly sleeping during the hottest hours of the day. They become most active at night but particularly at sunset and sunrise where they are a lot more playful and begin to search, or in the case of house cats, beg, for dinner. Even though house cats get their dinner served to them on a silver platter, their hunting ability has not been lost and they will actively stalk and hunt small birds and rodents given the opportunity. With the adaptation of their eyes being situated on the front of the cat’s face, their binocular vision as well as their depth perception is greatly perfectly adapted for the hunt. 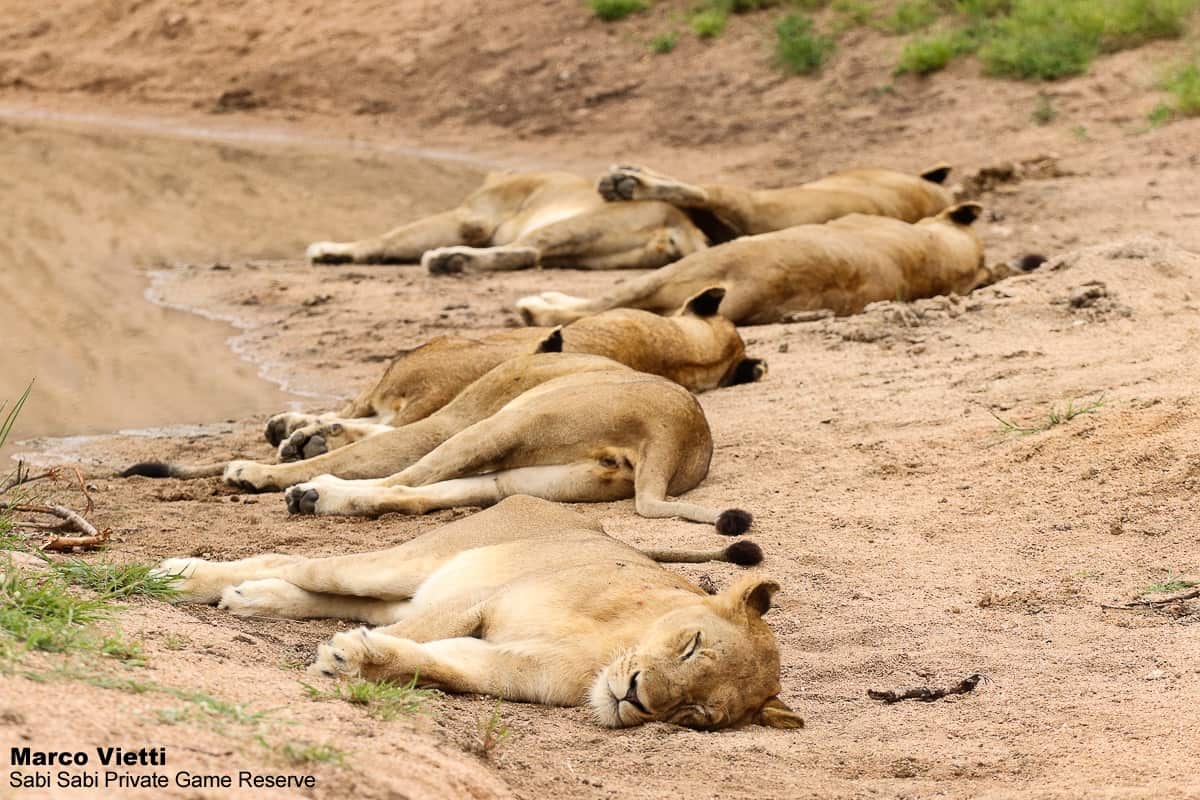 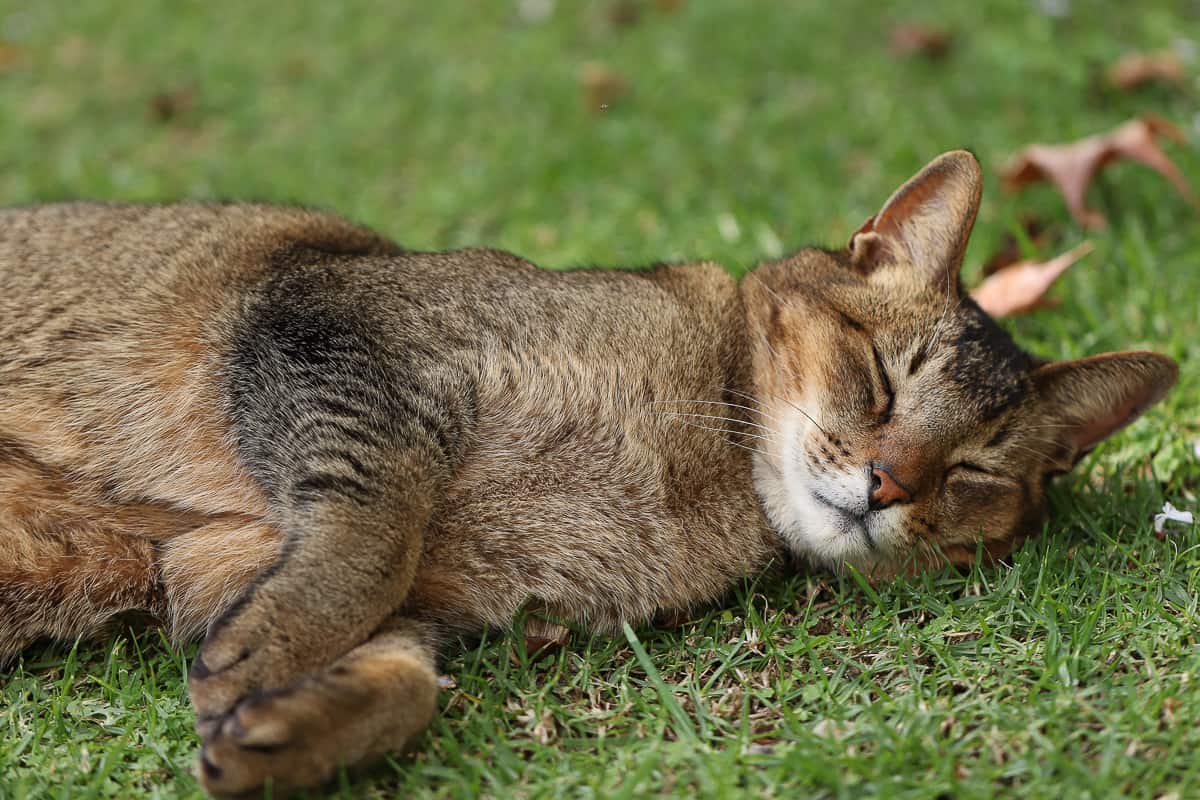 For cats to hunt at night, they all possess and make use of a reflector system known as the tapetum lucidum. This reflector is located behind the retina and its function is to provide the light-sensitive retinal cells with a second opportunity to be stimulated by the available light, to enhance visual sensitivity at low light levels. This gives cats the ability to see better at night than humans. 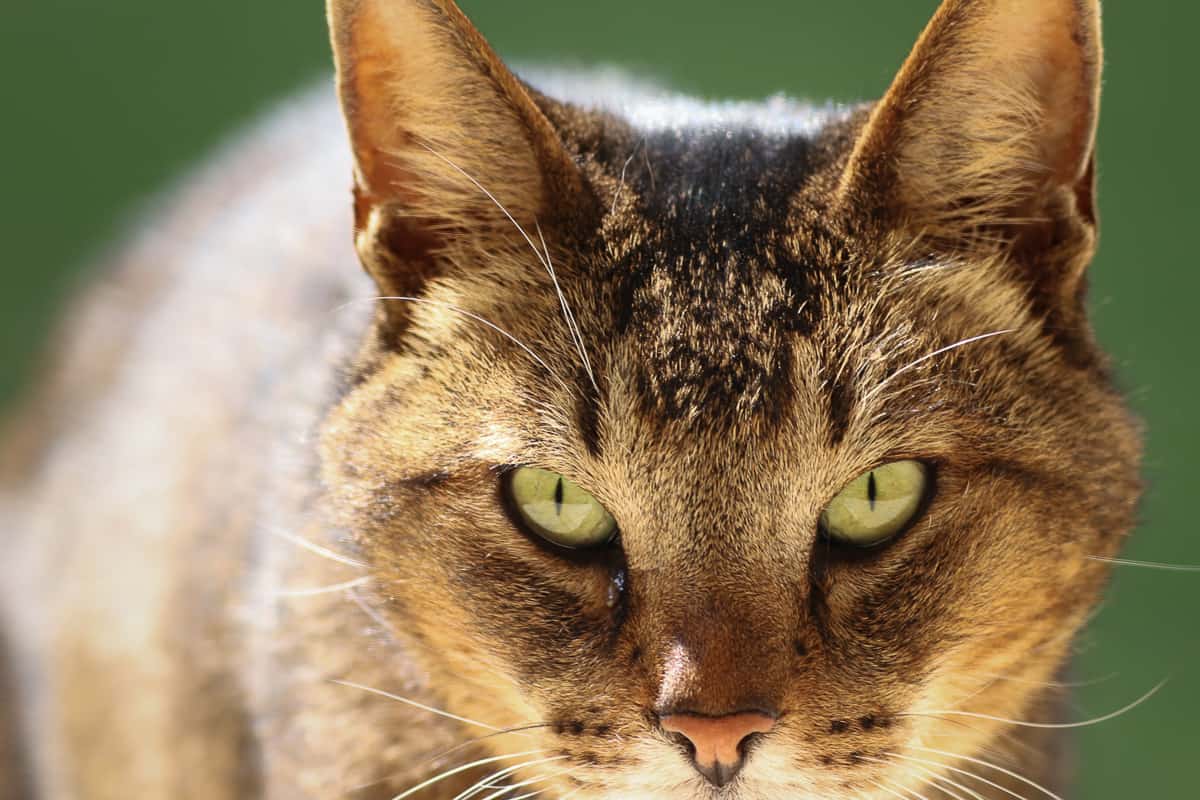 Their ability to hunt is not only influenced by the cat’s eyes, but also by their claws. Domestic cats, much like lions and leopards, possess protractible claws which are covered by a sheath of skin when they are not in use and then protract outwards when grabbing onto their prey. These are unlike the claws of a cheetah, which are semi-retractable and are used for grip when running at their top speed of up to 70 miles per hour. The similarities with regard to cats’ claws are not only physical, but also the way in which cats tend to their claws. For example, a lion will clean its claws using its tongue and teeth in an attempt to remove any debris as well as using trees as scratching posts to sharpen their claws. This is seen as identical behavior to that of domestic cats who will also lick and bite around their claws in order to clean them and instead of using trees to keep their claws sharp, they will generally settle for your furniture. 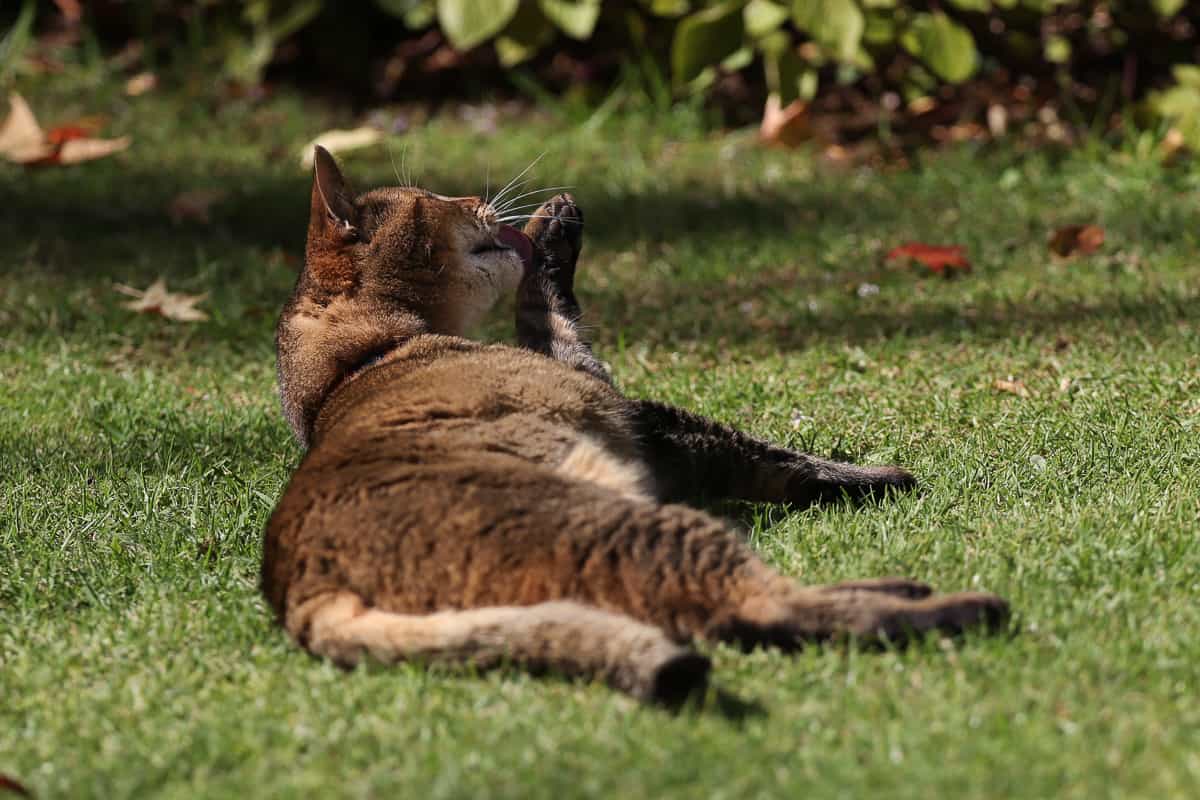 Domestic cats are also seen to be territorial, and although their territories aren’t nearly as big as lions, who can hold a piece of land of between 28 and 280 square miles, they do still actively mark their territories, generally via spraying of urine as well as face rubbing. For domestic cats, their territory can include a neighborhood or even just a single house and garden. This is dependent on the density of cats in the area as well as the social hierarchy amongst other cats in the area. For example, two cats living in the same household will still be confined to the same area. However, between the two cats, there will be a dominant cat and then a submissive cat. These two cats won’t necessarily fight over the house they live in, but rather the hierarchy can be seen when the two cats play. One of the cats is generally more dominant over the other, and the submissive cat will more often than not lie on its back with its belly facing upward, indicating submissive behaviour. This behaviour is present in wild cats too, as altercations will often end in one of the cats being submissive and showing that they are no match to the dominant cat. 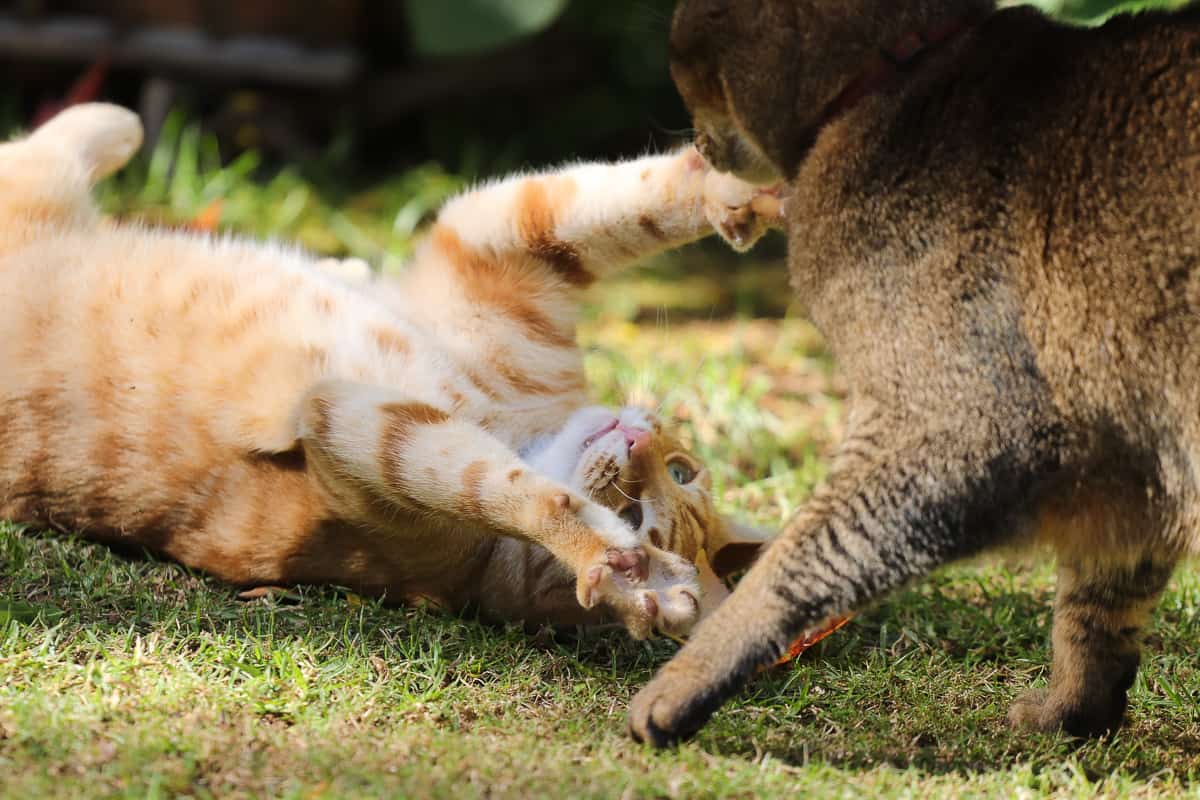 So, the next time you are looking at your cat, just know, it’s wilder than you think. 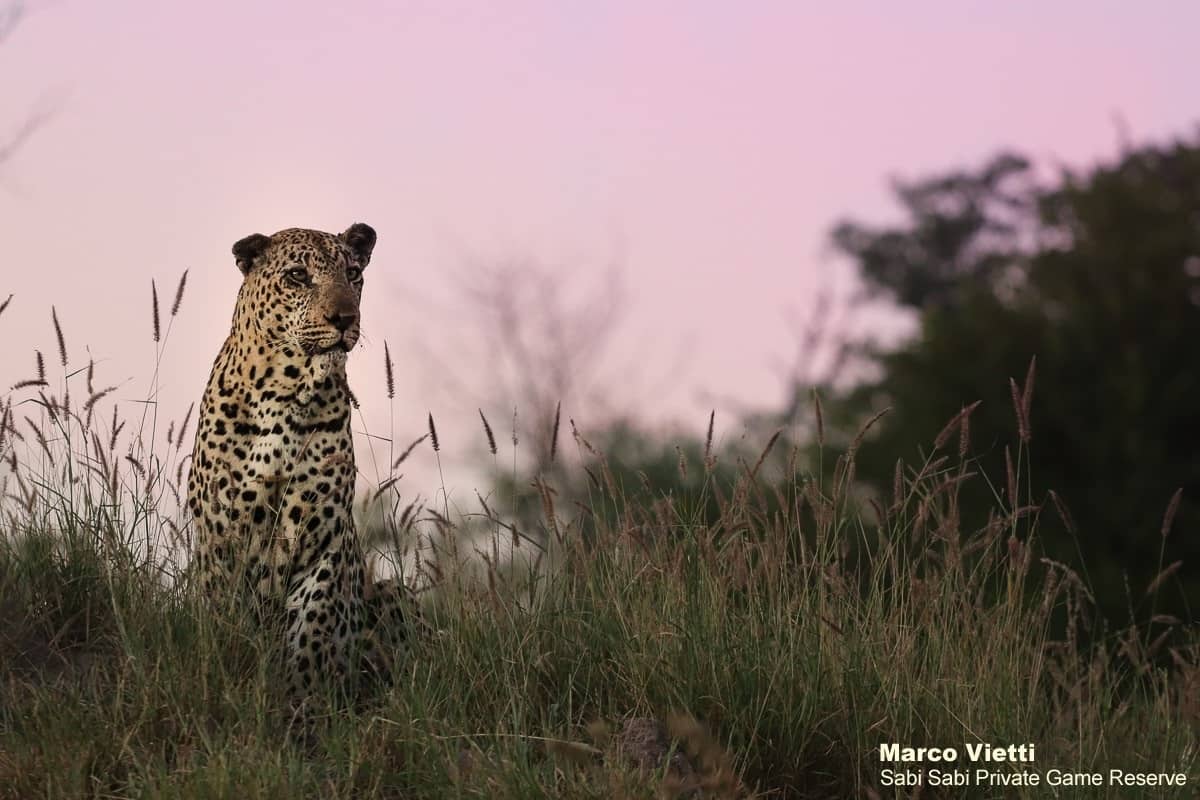