Morning safari is always my favourite drive of the day. Looking at the fresh tracks and trying to interpret what could have happened during the night is always fascinating.

Not far from Selati Camp, we found tracks of a male leopard and after a short time we found a drag mark on the road and followed it to find the White Dam male leopard with an impala kill hoisted in a tree. We spent some good time with him and then moved on. 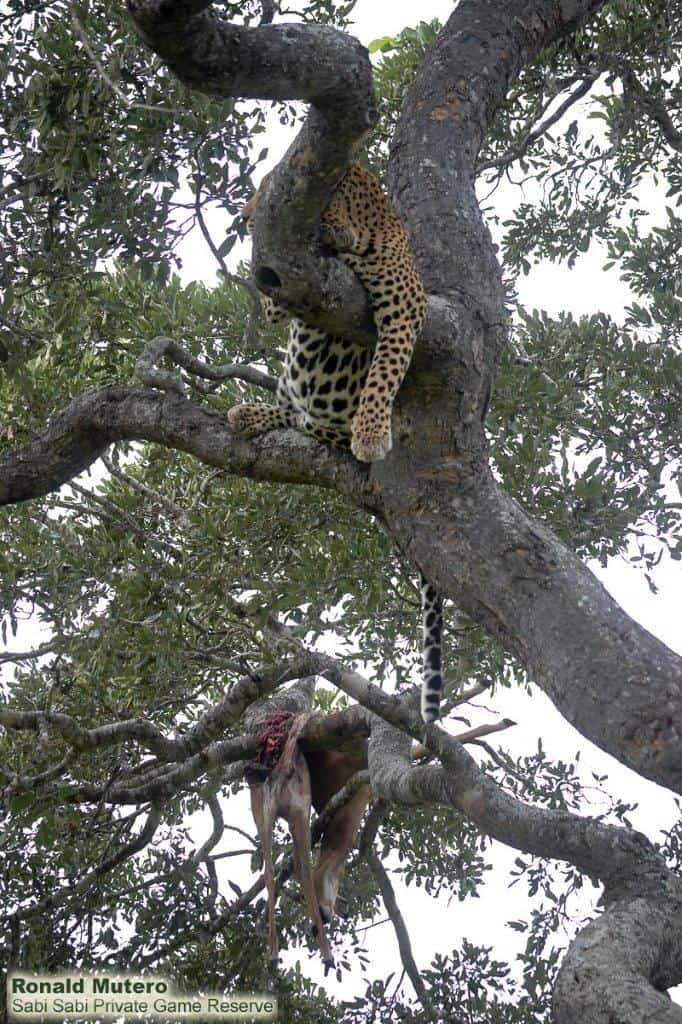 On the same road, about 700m away from the male leopard, Mike our tracker signalled to stop, and he pointed up a Marula tree and there was a Common Grey Duiker hoisted up the tree. We looked around but there was no leopard around, only tracks of a female leopard. We decided to move on. About 60m on the same road we found a fresh drag mark on the road and looking at it, it was going in the opposite direction from the duiker kill in the tree. As we were about to get off the vehicle to follow the drag mark, we happened to look up in the direction were the drag mark headed and we saw Kigelia female leopard  with a very fresh young kudu hoisted in a small tree. We stayed for a while and the leopard moved from the kudu kill to the tree with a duiker kill several times to secure and make sure her kills were still in a good position. 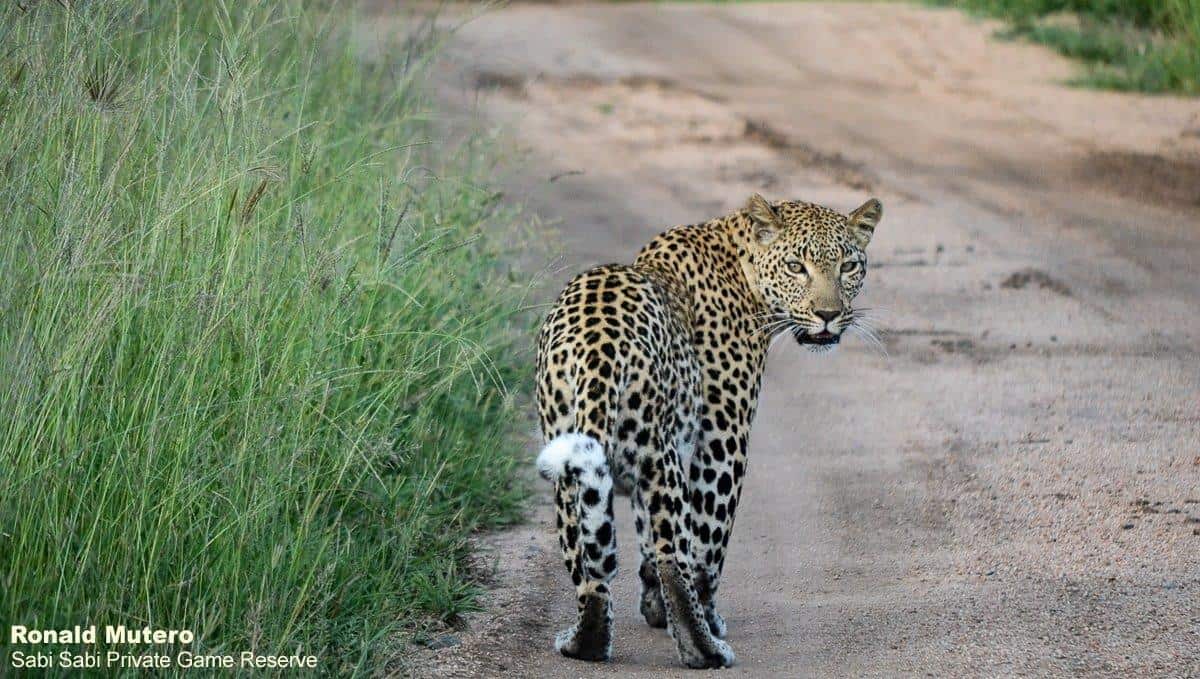 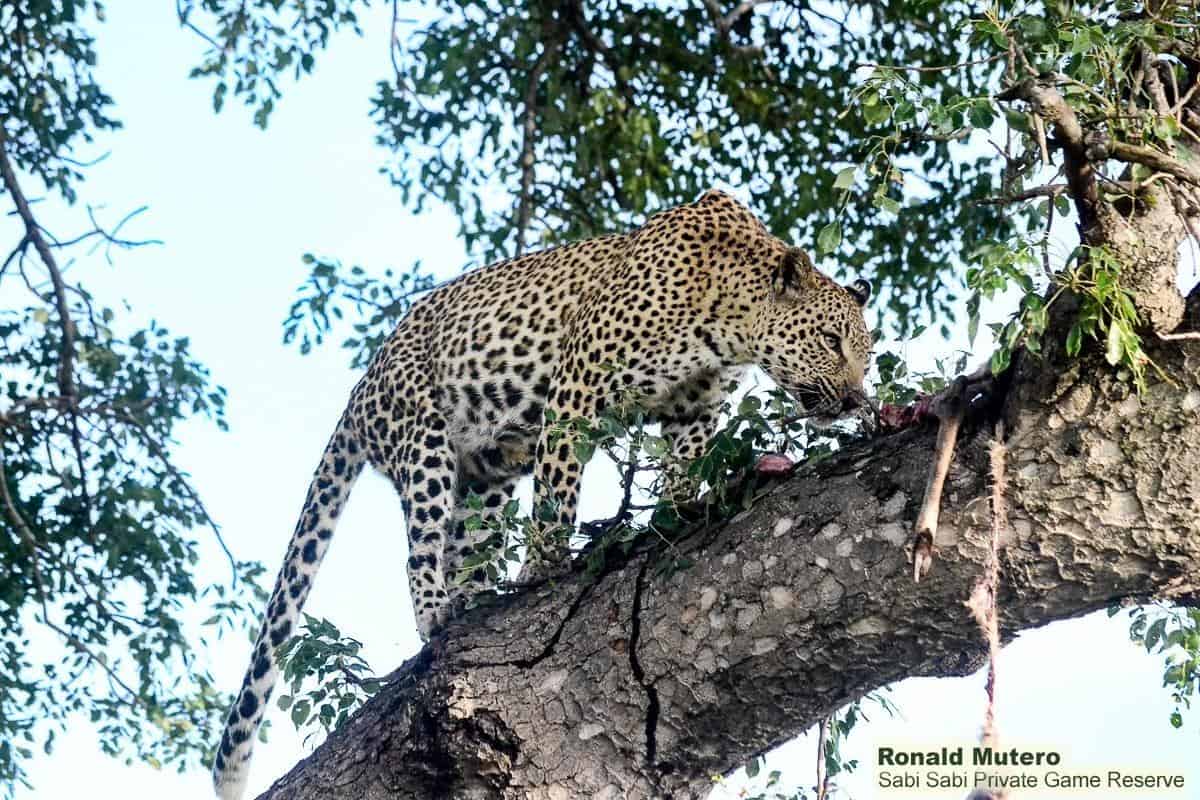 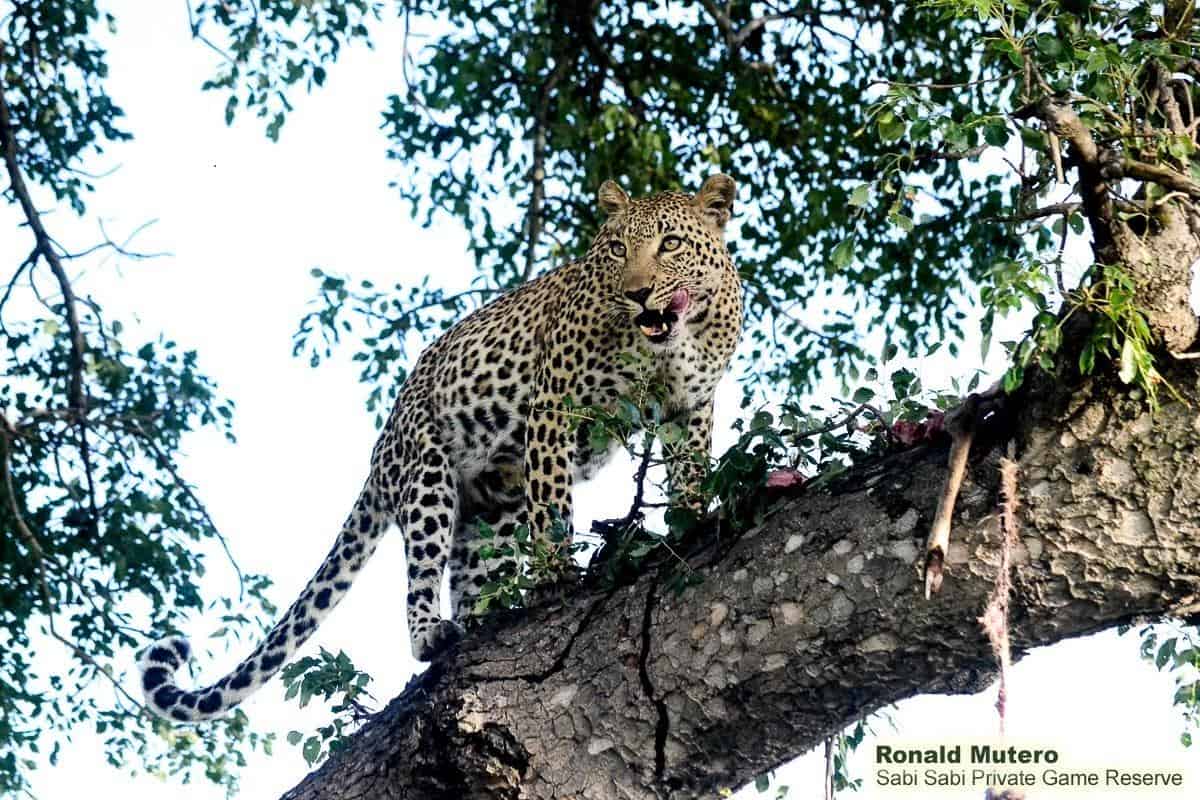 It was fascinating to see 3 sightings of leopard kills hoisted up in trees so close to each other.

As if it was it wasn’t enough, a few meters from where we had found Kigelia, another ranger called in a female leopard in the process of hoisting its kill, this time – Msuthlu female. All this happening a few minutes’ drive from Selati Camp, and on the same road. 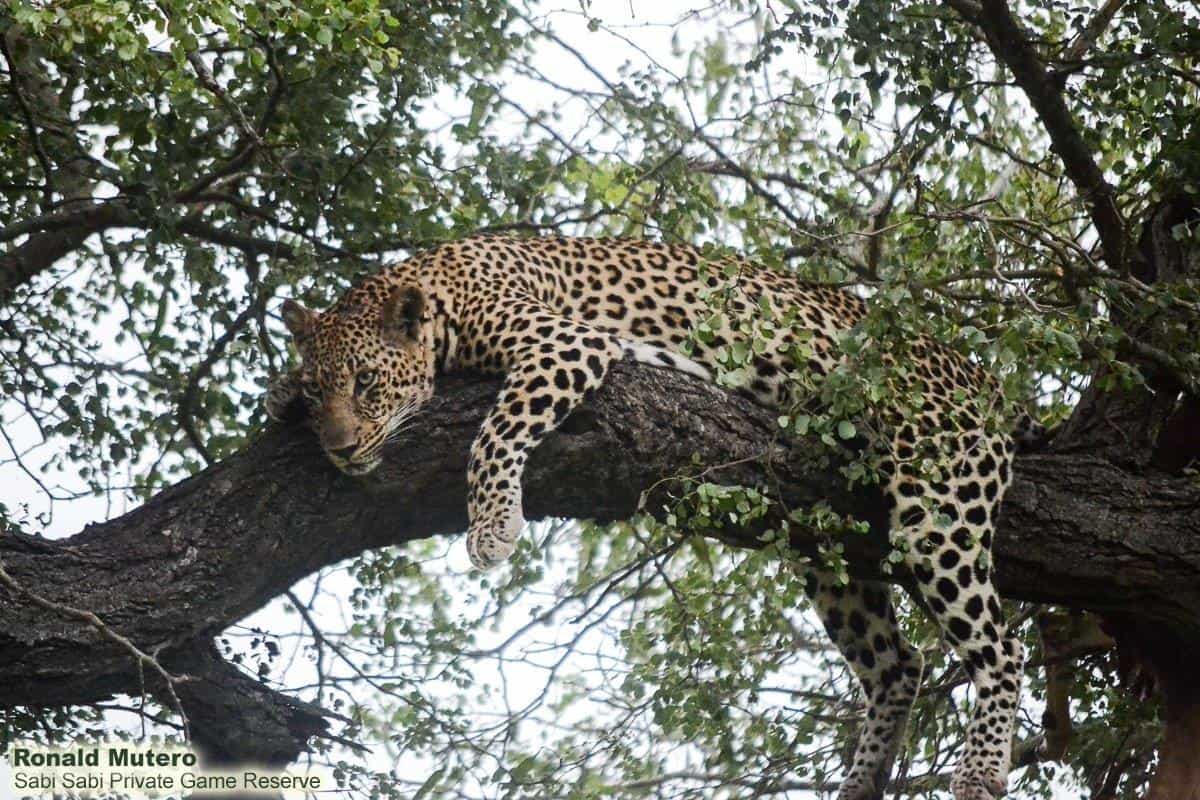 Three leopards within a space of 100 meters from each other, each on their own kill, hoisted, with one of the leopards with 2 kills feeding interchangeably between them was something I haven’t seen.