It has been an all-round fantastic week here at Sabi Sabi – and we have received some good rains.  Watching the reserve turn a brighter shade of green almost overnight was incredible to witness!

Before the rains set in, we experienced extremely high temperatures, with the animals making most of the waterholes to cool down.

We found Ntsumi female leopard who seemed to have enjoyed a rather large meal as she was breathing heavily and had a well-rounded stomach. While resting in some shade, a pair of hyena came to disturb the peace and sent her leaping into a tree for safety. 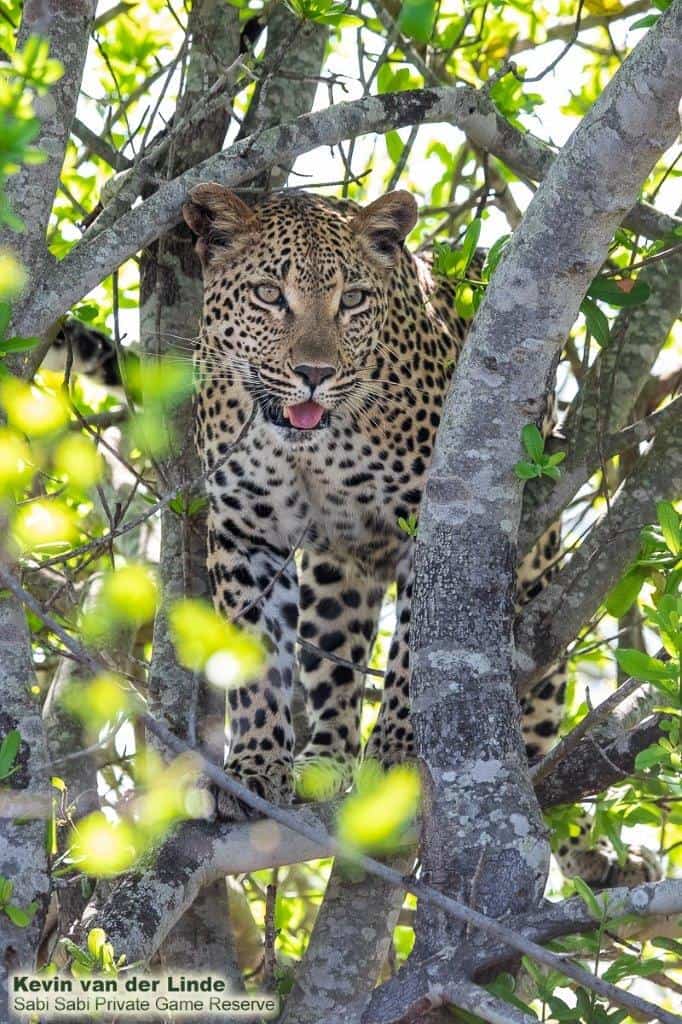 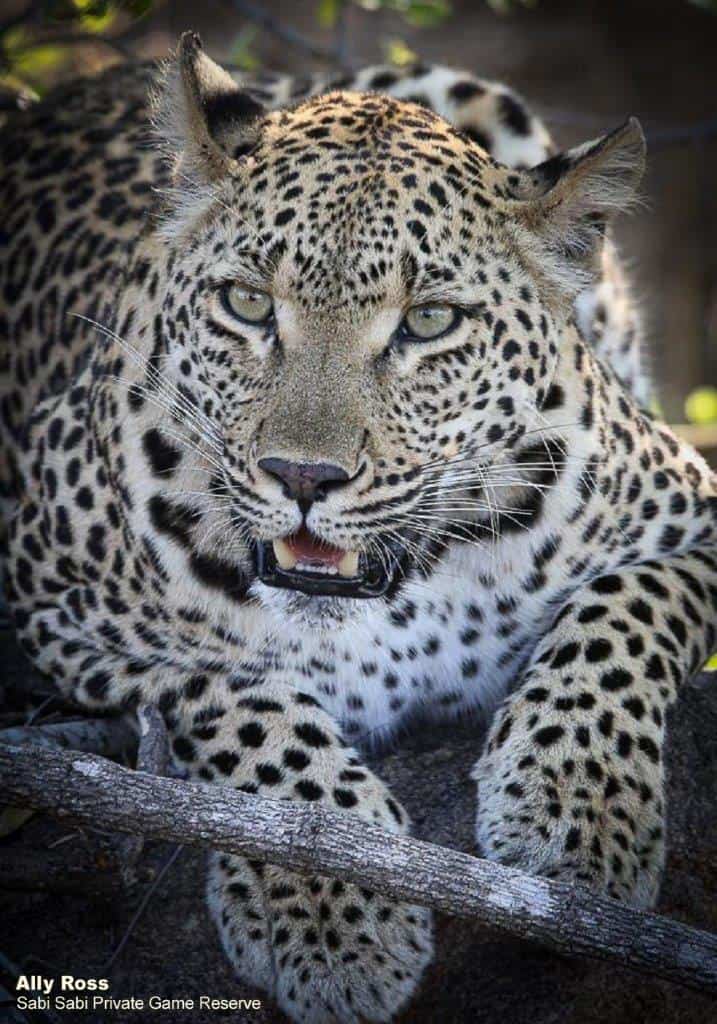 After a few days of tracking, we eventually located Scotia and her cub and were afforded some wonderful sightings of mom and cub as they fed on a duiker and shared some tender playful moments. 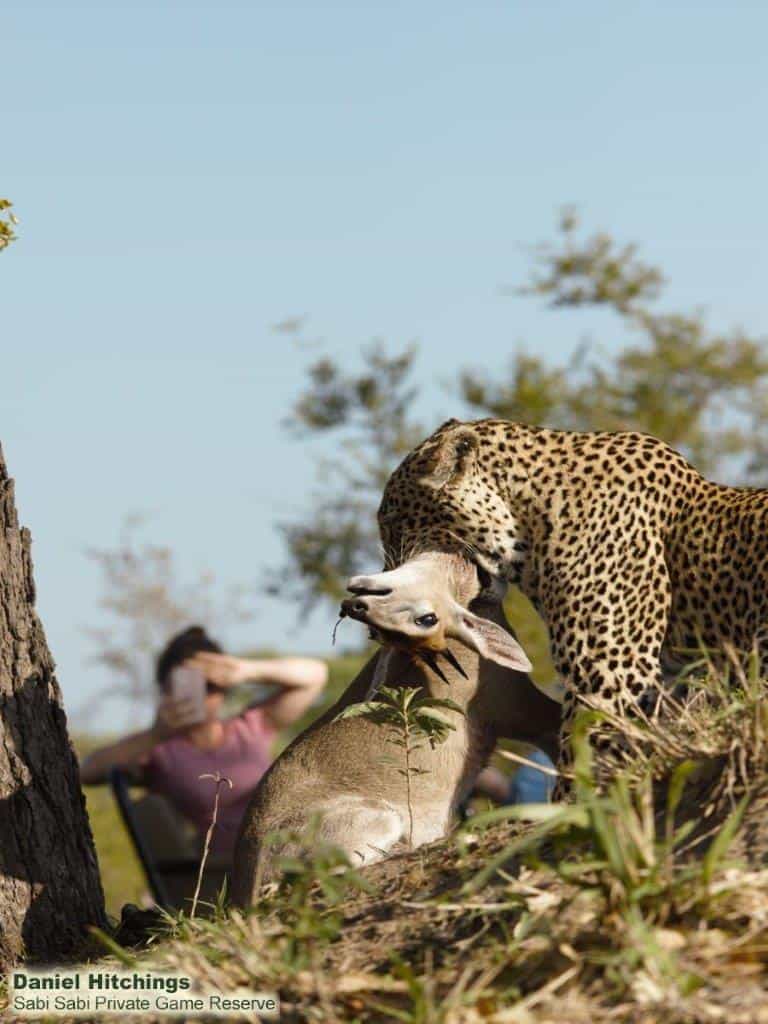 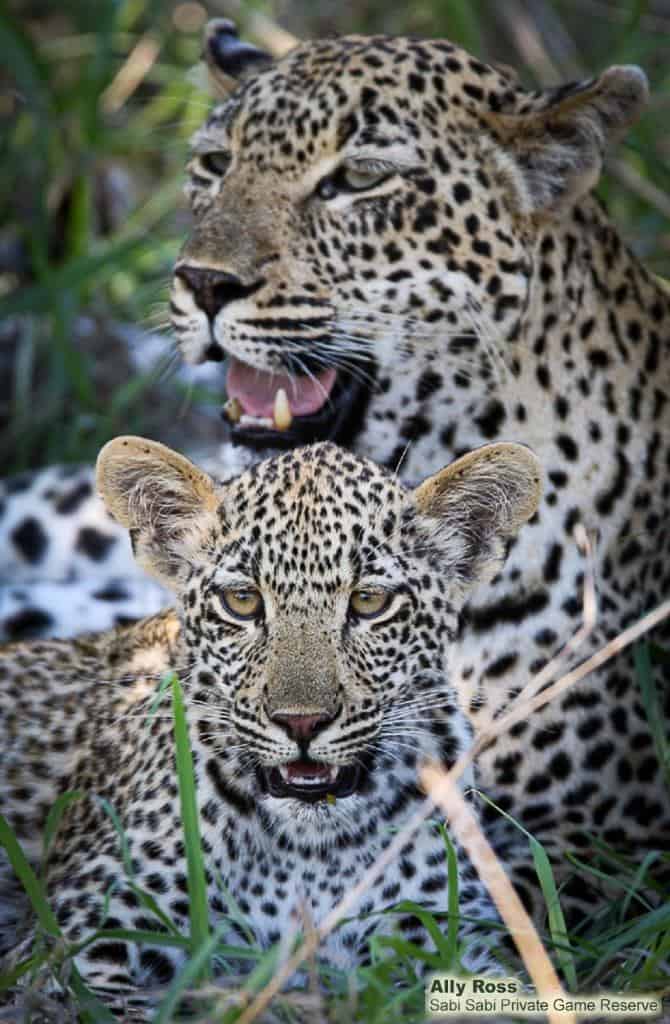 Kigelia female leopard was quenching her thirst at a watering hole on an afternoon drive. As she was about to leave, a hyena approached the now obviously busy watering hole. She went up a fallen tree and hissed at the hyena.

We followed the N’waswishaka coalition of lions as they were trailing a herd of buffalo. They seemed to have already eaten previously but they still stayed within proximity so that when they do get hungry again, their food won’t be too far away. 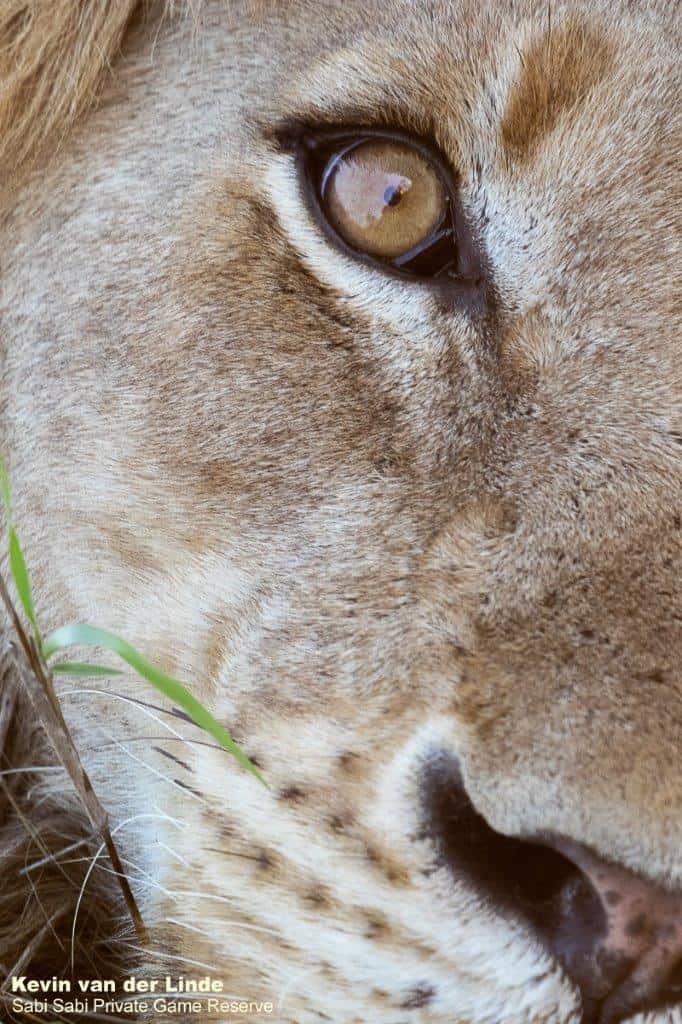 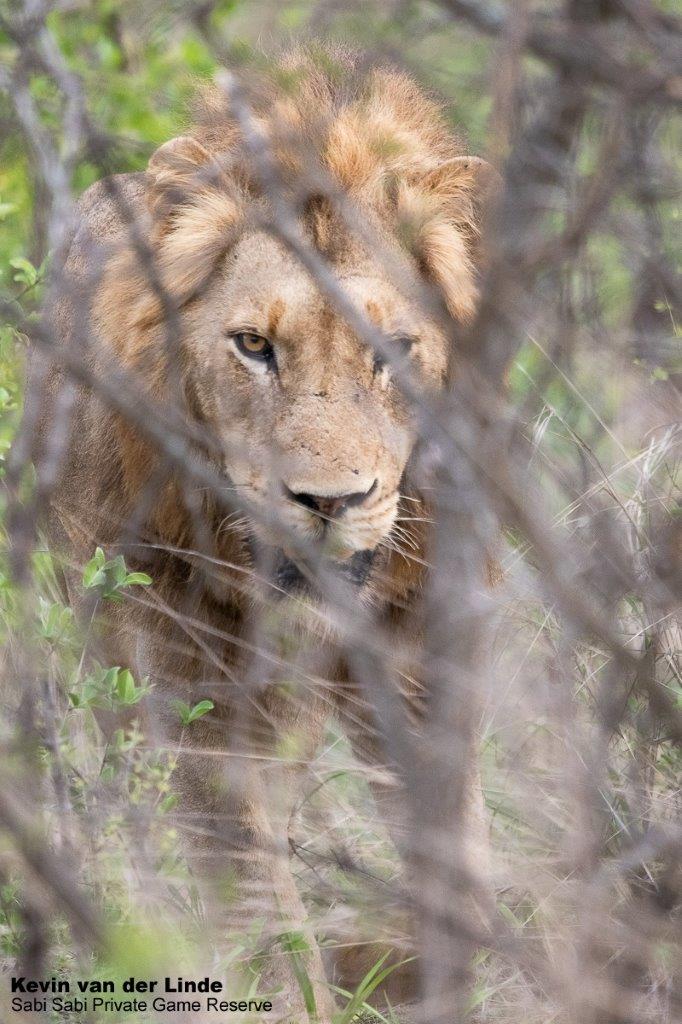 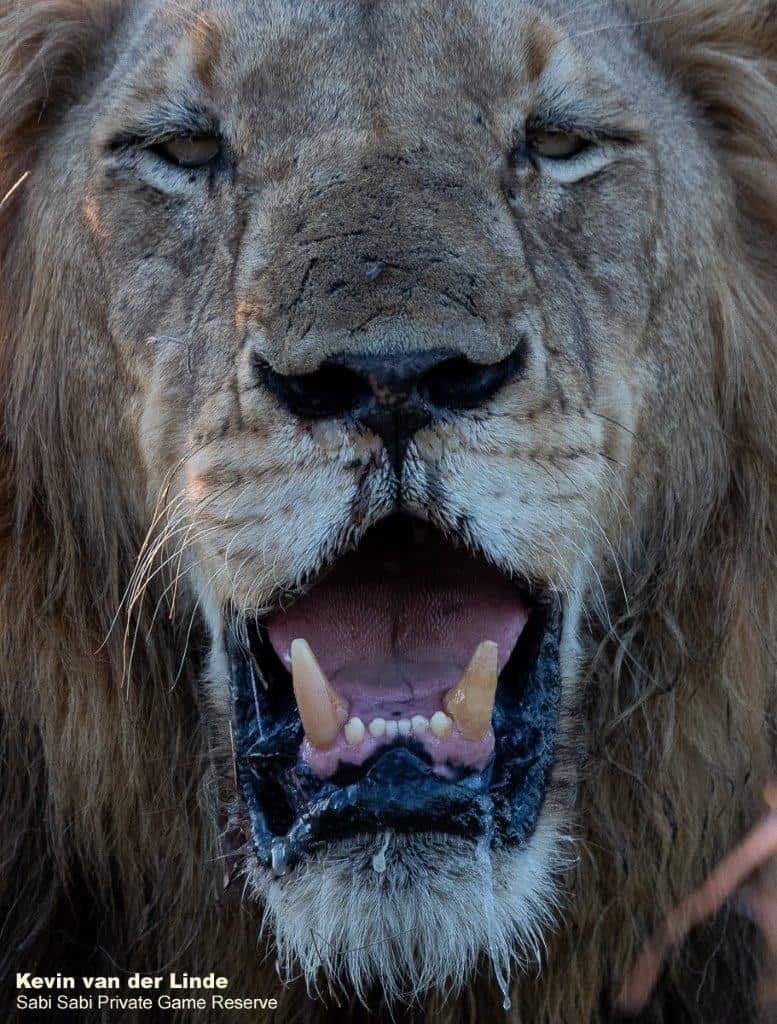 A little visitor to Earth Lodge! 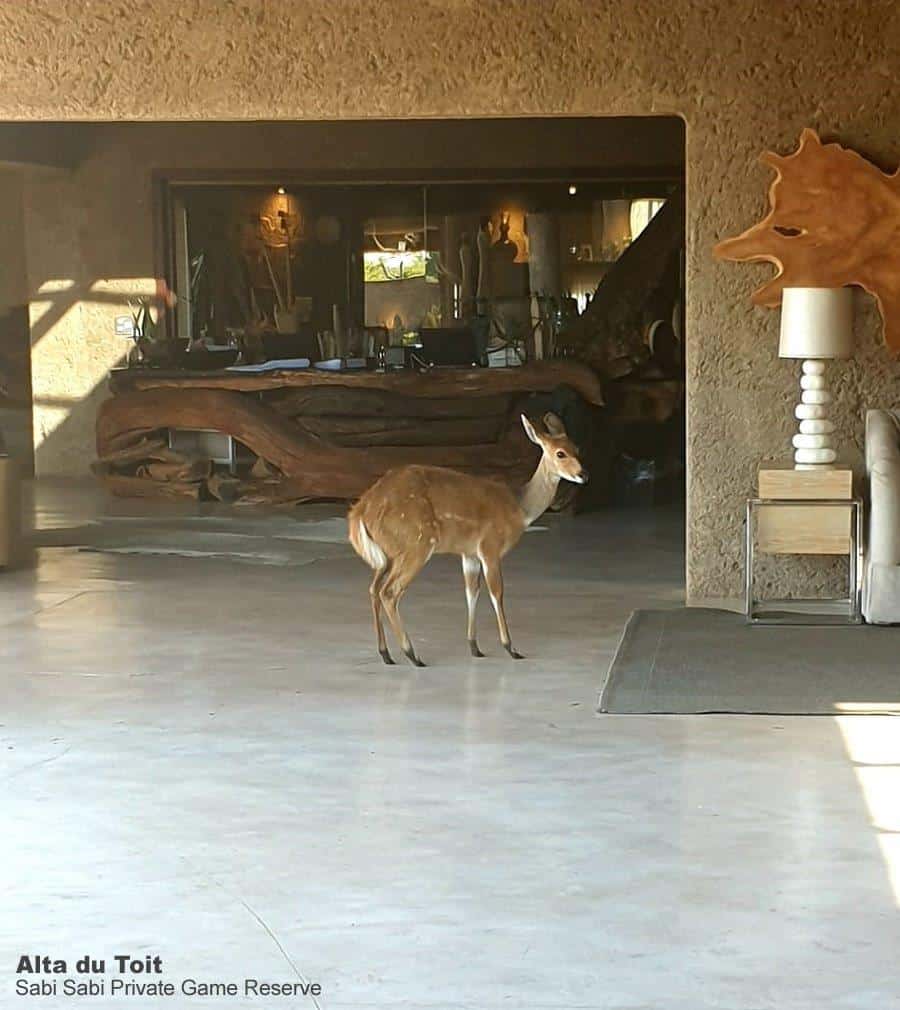 A Tree Creeper illuminated by a UV torch.

It’s that time of the year again when the Hornbills start searching for nesting sites and this male was seen bringing new nest lining for the female.

A large herd of buffalo made their way through the reserve during sunset.

Silhouetted guineafowl sits on a termite mound and calls aloud before heading off.

A family of Dwarf Mongoose sunning in the last of the sun’s rays, along with the newest member of the pack! 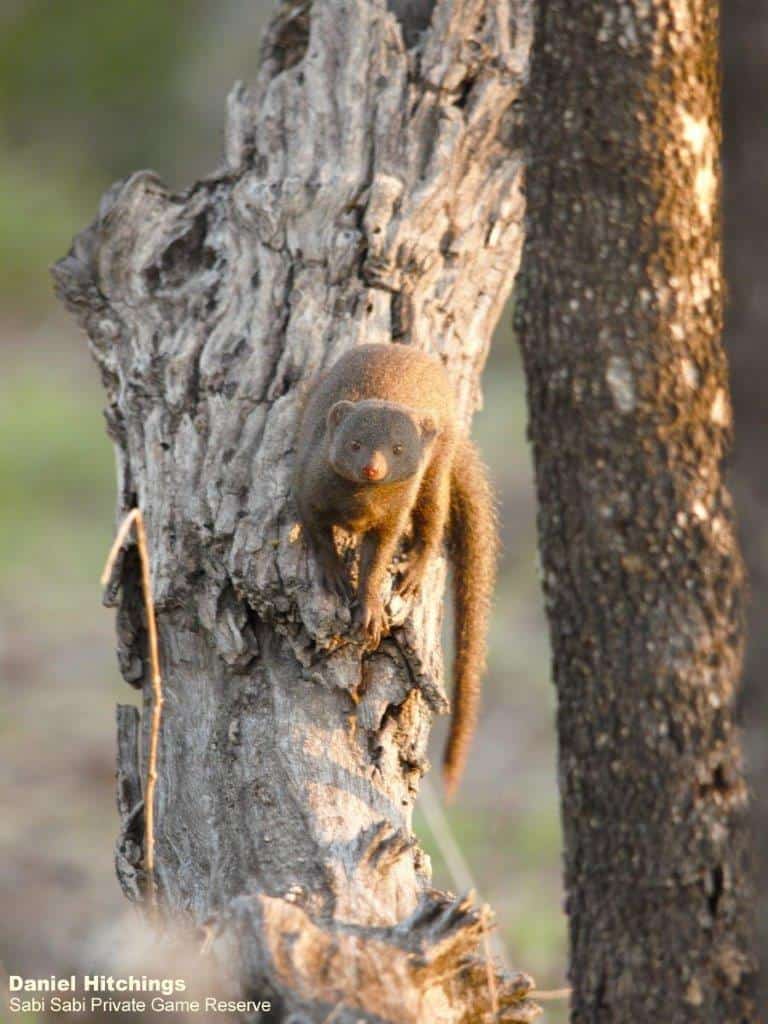 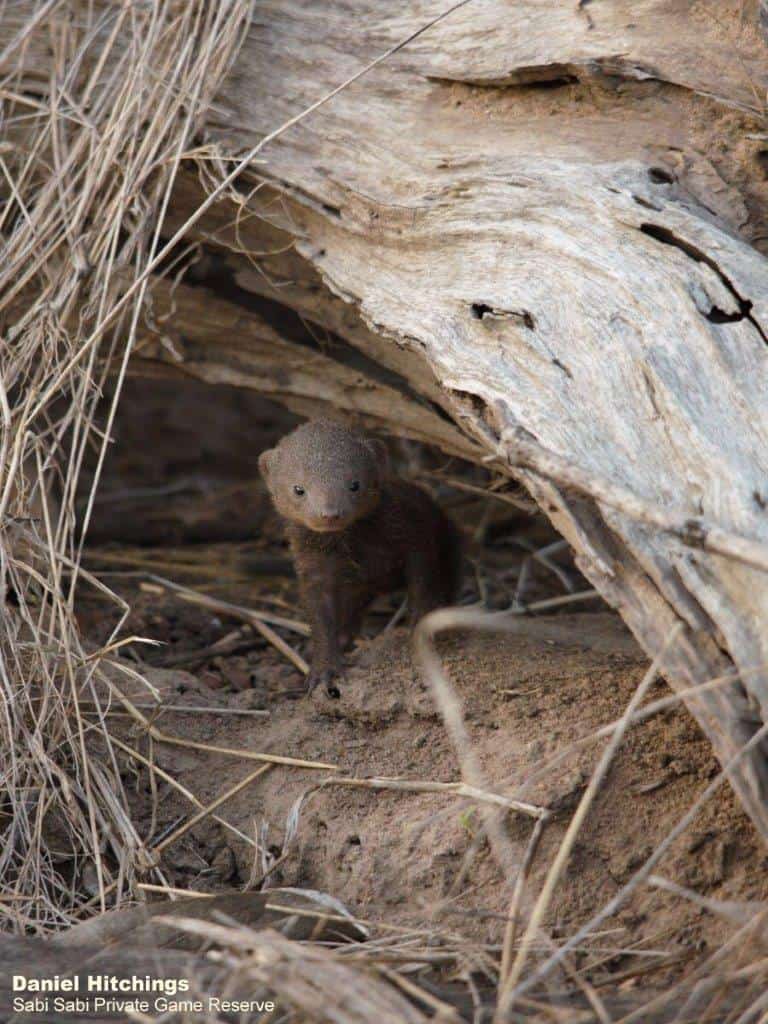 “Raindrops keep falling on my head…”

We found a clan of hyenas feasting on an impala carcass which we believe a leopard had killed prior.  One hyena decided to pick the carcass up and run as fast as it could towards a riverbed. Vultures were already taking an interest as they started to land close by, waiting for the opportunity to get their share. 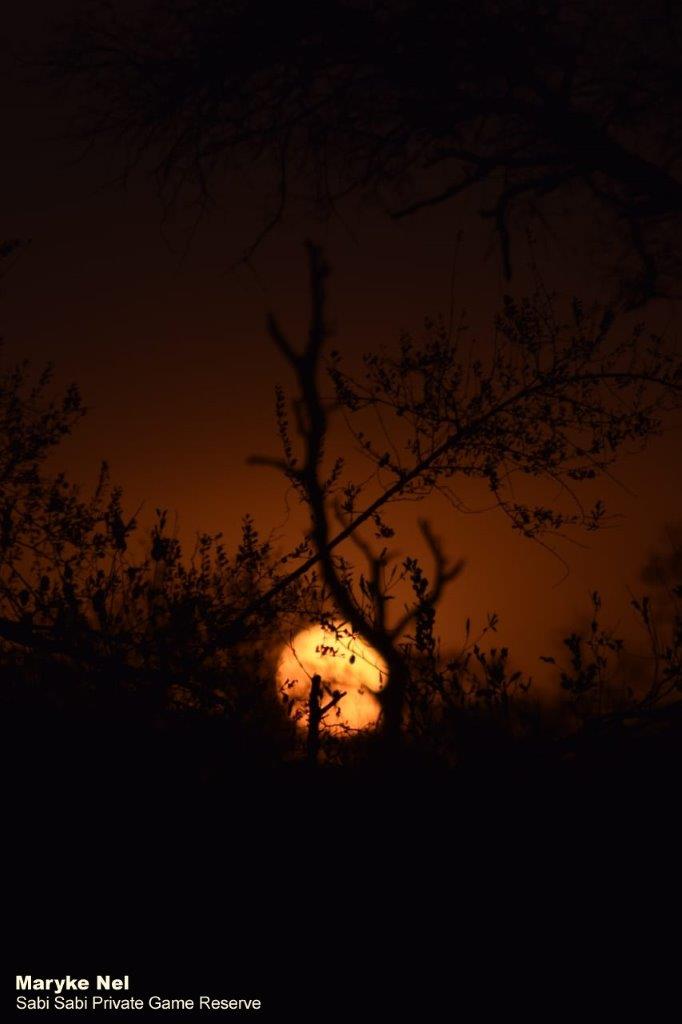