What an incredible week we have had again!   We hope you enjoy this week’s safari highlights!

Scotia female leopard afforded us some wonderful sightings of her cub between bouts of hunting and doing what cats do best – sleeping!

Shaun and his guests were busy watching some lions having a snooze in the afternoon heat when they heard some kudu alarm calling and decided to investigate. After a couple of minutes, they were rewarded with the beautiful Kigelia female leopard posing in a Marula tree before climbing down and moving off. 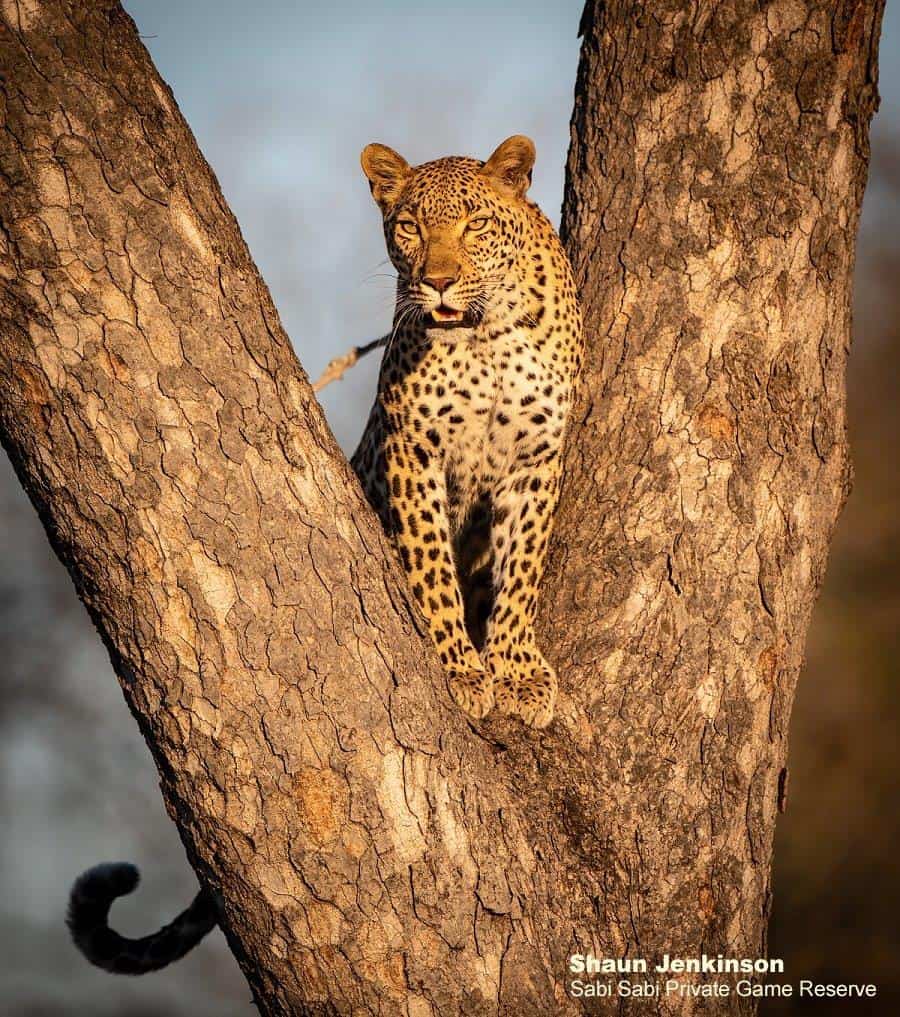 We found N’weti male leopard laying close to a waterhole.  After a while he started moving around, heavily marking his territory although he looked like he had some injuries on his body from a possible fight with another leopard.  He then jumped up a tree and rested for a while.

The White Dam male has been seen regularly this week after making an impala kill.  After he had his fill, he descended the tree and came to rest beside a hyena waiting for scraps… not a sight you see very often!  As the week progressed, he was located close to Selati Camp deck, resting in the riverbed before catching a Scrub Hare!

The lone Southern Pride lioness has been around quite a bit this week.  We assume she made a kudu kill, which she was later chased off by the Othawa male lion, who has also been alone for a few days, calling for his pride.  At one stage, these two lions were within 50 meters of the Mhangeni Pride.

The Mhangeni Pride have had a successful week, with 2 kills very close to Bush Lodge.  They did not venture too far from where they had enjoyed their feasts and were all in varying states of unease, having eaten way too much!

Shortly after we left Little Bush Camp one morning, we were admiring a small herd of impala when a startled wildebeest appeared. He snorted and ran off in the opposite direction. The impala all turned their dainty heads and seemed to be focused on something in the distance. They alarm called and that was our cue. All tracker Dollen said was, “Go!” We came around the corner heading in the direction of their stares and were gifted with this incredible creature disappearing off into the bush.

Yesterday morning we were fortunate enough to find a female cheetah on the move in an open area before coming to rest under some trees and playing in a pile of rhino dung.

We found a large pack of wild dogs with about 11 pups.  They were busy hunting when we suddenly saw hyenas running past a waterhole with half a Bushbuck kill that we presumed the dogs had made. The dogs tried to chase the hyenas but they got outnumbered as more hyenas came to the area.  The wild dogs then went to sleep on the road and the pups were chasing each other around.

We experienced a sighting earlier this week which was extremely hard to watch as N’weti male leopard tried to catch a baby giraffe.  As the mother giraffe tried to protect the baby, she stomped on the baby with her feet and the baby got tangled and trapped on a dead fallen over tree over a small drainage line. Hyenas, with their accurate sense of hearing, were there in a few seconds and tried their luck but the mother giraffe was no a push over. We left her, still trying to deter the hyenas away from her baby.  Our rangers followed up on the sighting later the same day and sadly the giraffe calf did not survive.

A young elephant calf raises its trunk as it approaches its mother for a bit of milk.

A kudu stands on top of a termite mound, using it as a vantage point.

A female kudu with very faint stripes. At first glance there only seems to be about 1 or 2.

We ended one of our morning safaris with a herd of zebra. Most of them were lateral presenting as it began to get hot.

A male Red-headed Weaver in full breeding plumage went in search of some building materials to start with his nest construction.

Vultures waiting for their turn to pick on scraps from the various lion kills.