With the daytime temperatures slowly starting to climb, these kinds of scenes are becoming more and more common as multiple species begin to congregate around the waterholes in the heat of the day.

A beautiful scene as a young elephant dust bathes, back lit by the early morning light.

We were welcomed by a Spotted Hyena at Little Bush Camp’s entrance at the start of our morning safari.

Spring brings with it some of the very first sightings of these beautiful Flap-necked Chameleons, as well as a chance for our trackers to show off their incredible spotting skills.

A baby elephant drinks from the waterhole in front of Selati Camp. Still lacking fine motor control of its little trunk due to its young age, it must bend down and drink like any other animal.

A comical moment as a pair of nyala come for a drink only to find a hyena resting at the water’s edge, needless to say, they never had a drink. 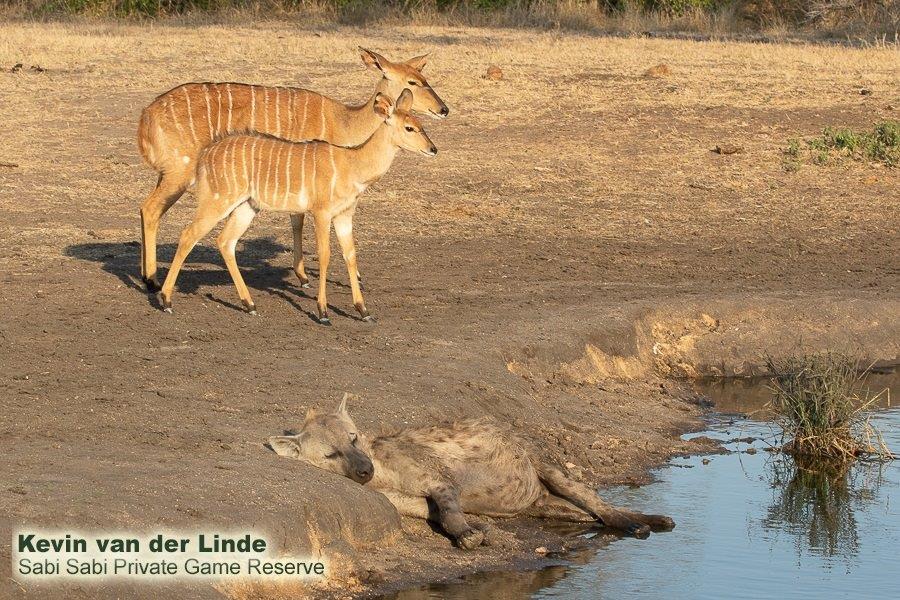 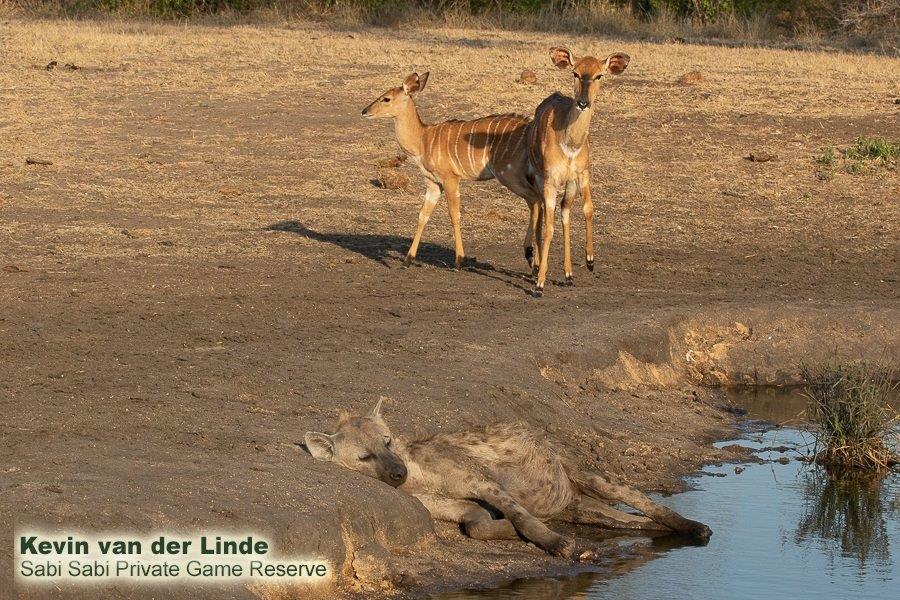 It is not just about the animals on safari but sitting back and truly taking in the moment.

A wonderful sight on safari as a herd of buffalo made their way across an open area.

There’s always something going on at the hyena den site…

The Othawa male lion and the Mhangeni Pride continue to be seen on our reserve, and they have had another successful week in terms of securing regular meals for this pride of 7.  Between all this, the male was seen mating with one of the females from the pride.

While enjoying early morning coffee on the deck at Selati Camp, the above-mentioned pride of lions came for a drink at the waterhole in front of the lodge, so we hopped in the vehicle to watch them socialise and settle down in the shade for the morning… until some unsuspecting animals approached the waterhole for a drink.  Fortunately for the antelope, they all managed to get away from the lions!

After stealing a vervet monkey kill from a female leopard, the N’weti male leopard settled down in some shade and dozed off as the heat of the day set in.

One morning we found the White Dam male leopard and his father, Maxabeni, together.  There was no altercation and they parted ways. As White Dam was heading through the bush, he spotted some warthog out their burrow and locked on to them with a piercing stare, but he was not alone… a young lioness from the Southern Pride also had her eyes on the warthog. She noticed the leopard stalking the same warthog as herself but remained still. The leopard gave chase and noticed the lioness also giving chase. He quickly changed his direction and lay motionless with an intense stare down between to two felines.

As the sun was setting, we located the Xovonekela male and Postmans female leopard mating. The sounds are something unique, almost like starting up a 2-stroke motorcycle.

An incredible sighting of a pack of Wild Dogs and their 8 pups on a bushbuck kill makes for an unforgettable safari and lifelong memories of one of the most endangered carnivores in the whole of the African continent.