Our week started off with a surprise sighting of 3 unknown male lions early one morning, feeding on a buffalo carcass.  Several hyenas were around, trying to grab some scraps, but the lions were too strong for them and managed to stay in possession of the carcass.

The Mhangeni Pride of lions was located sleeping close to a waterhole, all nursing some very full bellies after having caught something the night before.  They seemed content and very sleepy! 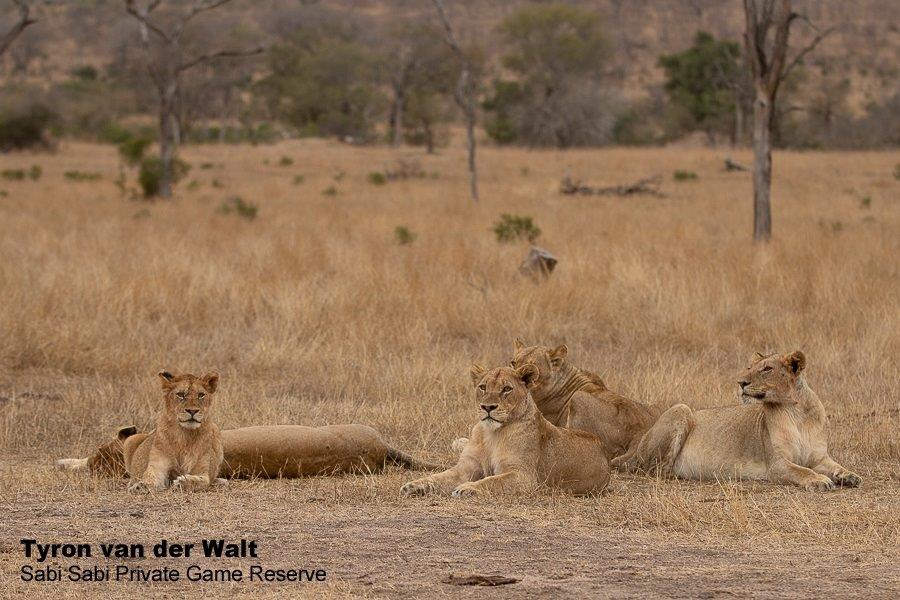 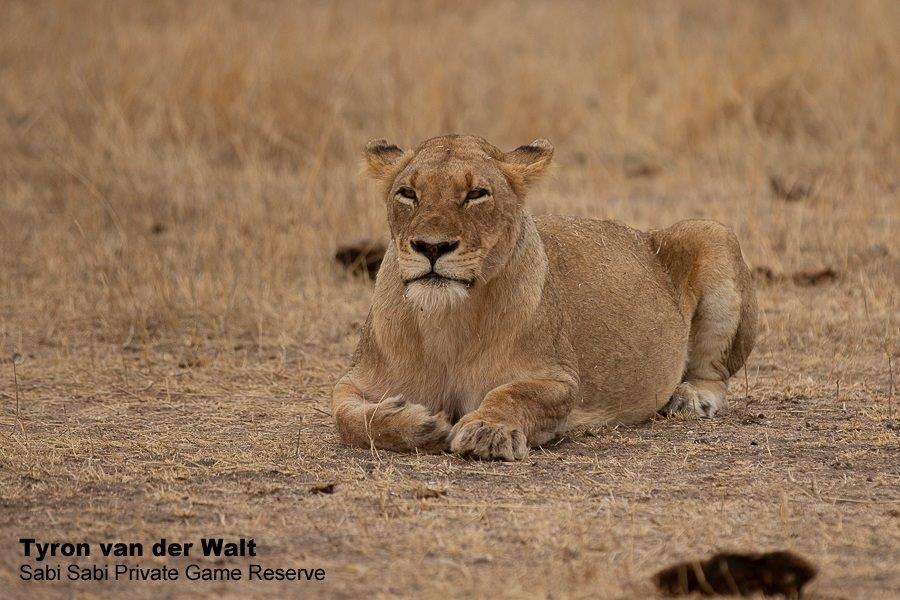 Kigelia female leopard made an impressive kill – a fully-grown male bushbuck. Too heavy to hoist, she rested in the riverbed until eventually a hyena came and stole her hard-earned meal.

We tracked Maxabeni male leopard on foot for quite some time before hearing some bushbuck alarm calling.  We headed in the direction and found the leopard lying in the cool riverbed near Selati Camp. Not long after we found him, he got up and moved to a more elevated area where he was scanning for a potential meal.

We came across N’weti male and Ndzanzeni female leopards crossing the road and decided to follow them for a little while until they eventually came to a stop to rest and have a nap.  We knew that if we were patient, we could be witness to something special, and our patience paid off!

Ntsumi was moving quite quickly through some dense areas when a large warthog caught sight of her.  Instead of the leopard chasing the warthog, it was the other way around, he was having none of it. A very entertaining morning!

We followed Scotia female leopard towards her kill which she had safely stashed in a tree, but before getting there, she collected one more thing – her little cub who she had also safely hid away. We spent some precious time with them.

What an exciting morning as two wild dogs made their way through the reserve hunting. They eventually got lucky and managed to kill a steenbok! Within minutes they were finished and on the move again.

We came across a hilarious scene as this baby giraffe was absolutely covered in Ox-peckers that were doing their best to help clean the calf as he or she slowly got used to their presence.

Marsh Owl – An owl not too often seen, but with our afternoon drives heading into nightfall, luck was on our side and we got to see this wonderful bird!

There’s no better way to start the day than with a visit to the hyena den site to watch these little cuties wake up and begin to play.

It has been exceptionally hot the past few days and we are seeing more and more activity around the waterholes.

Regular visitors to our tea and coffee stops on the morning game drives – this Yellow-billed Hornbill was very inquisitive and approached us for the perfect “close up”.

A stunning African Hawk Eagle perches on a tree, scanning for a meal.

“Hands down one of the top sightings of my 5-year career out in the bush”.  Steff and her guests got to sit with this incredibly elusive Honey Badger for over 25 minutes as he or she dug for rodents and rolled around in the sand.

On Tuesday, we celebrated Heritage Day & National Braai Day.  Being Proudly South African, all our guests will experience some wonderful treats and meals throughout the day.