Being one of the most iconic mammals in Africa, the zebra is one of those creatures that just blow the mind when you see it for the first time. This strange painted horse with its patterned white and black stripes seem so out of place in an environment as hostile as Africa. The idea that an animal will choose the two most outstanding colours in the bush as its garment instead of trying to meld in with the background browns and reds has astounded scientists for years and there are a number of theories that have been developed. 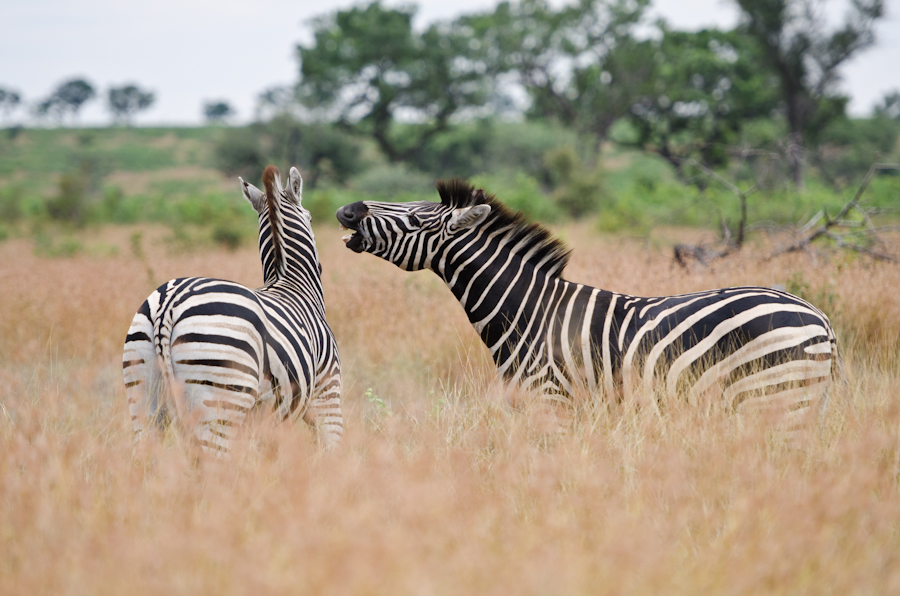 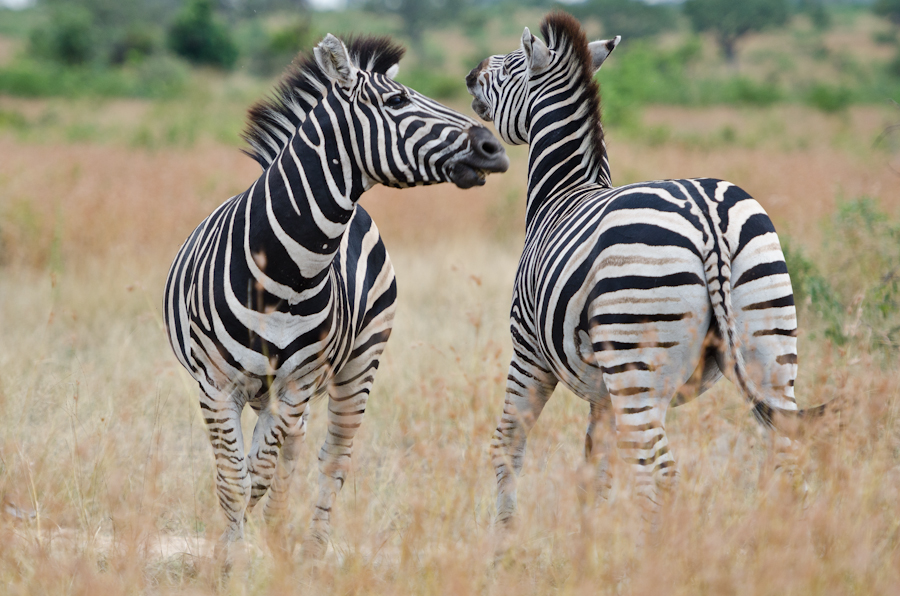 The first theory is that they have the stripes not to hide from sight but to dazzle the predators with many stripes so as to confuse the predator and make it more difficult to pick out an individual. This is further supported by the fact that a baby zebra is born with extra long legs so that its tummy lines up with the adults, again allowing it to disappear into a kaleidoscope of stripes. The second theory is to ward off insects like the tsetse fly, which is confused by the polarising effect of the white. The zebra could not become completely white as it would stand out like a sore thumb but instead used a mixture of black and white. The third theory is not my favourite but here it is for you to make your own mind up. It is thought that the stripes would assist in cooling the zebra as the black stripes would get hot and cause an updraft of air and the cooler white stripe would have a down draft casing mini rotations of air around the zebra, thus keeping it cool. 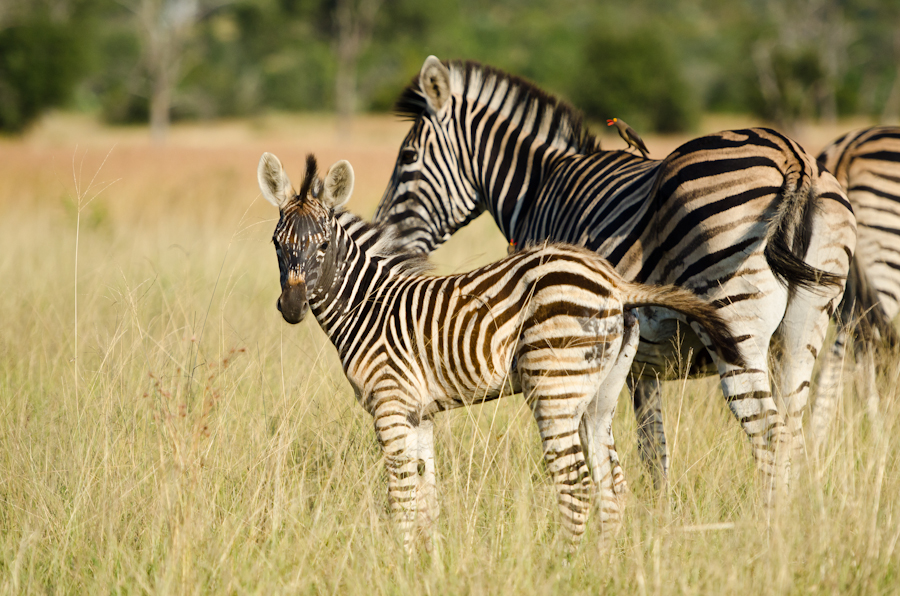 The next most common question is, “is a zebra white with black stripes or black with white stripes?” And the answer is… black with white stripes. If you were to shave a zebra down to its skin you would find that its skin is black. Below is a photo I took a few days ago of a sick foal that has lost the hair around its face and has some patches missing around its rump showing clearly the black skin underneath. It is always sad to see an animal that is not at full health, especially when they are so small, but animals have an amazing power of recovery and hopefully this little zebra will make it all the way to adulthood. 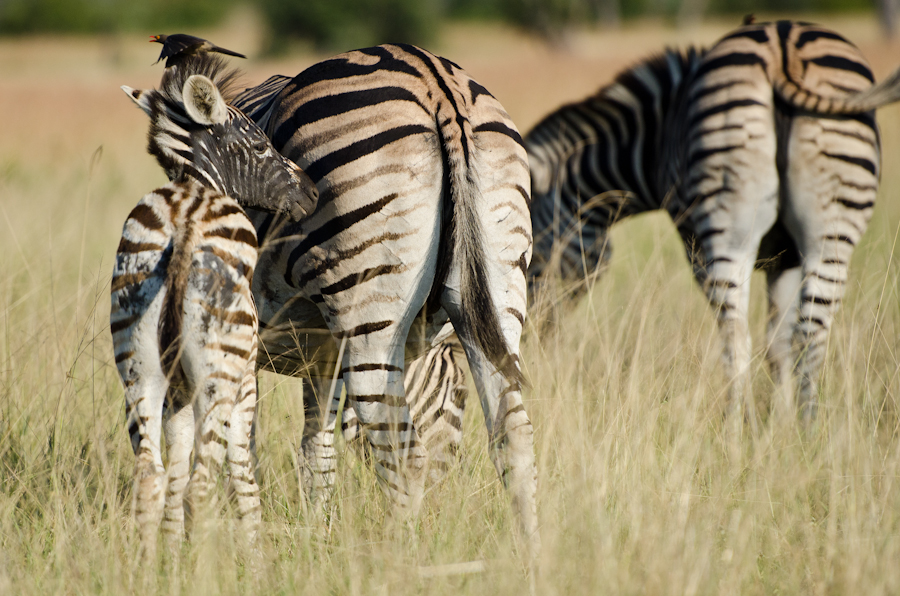 Now the darkest side of a zebra is not its black stripes or its black skin but instead its social structure. Zebra are grouped into harems where there is one dominant male with as many as 6 females and their foals in the group. All younger males with no harem would form bachelor herds and wait until they are big enough to start their own harem. Zebra stallions will fight with each other for females and will even go as far as stealing females from one another. If the female which is stolen is pregnant, the new male will rape her until such time as she has aborted the pregnancy. Abortion would be done by releasing hormones that would cause her body to reabsorb the foetus or miscarry or if she gave birth to a live foal it would be kicked to death by the male. This seems extreme but it ensures that the strongest genetics survive and the killing of another males young is not uncommon practice in the animal kingdom and is called infanticide. 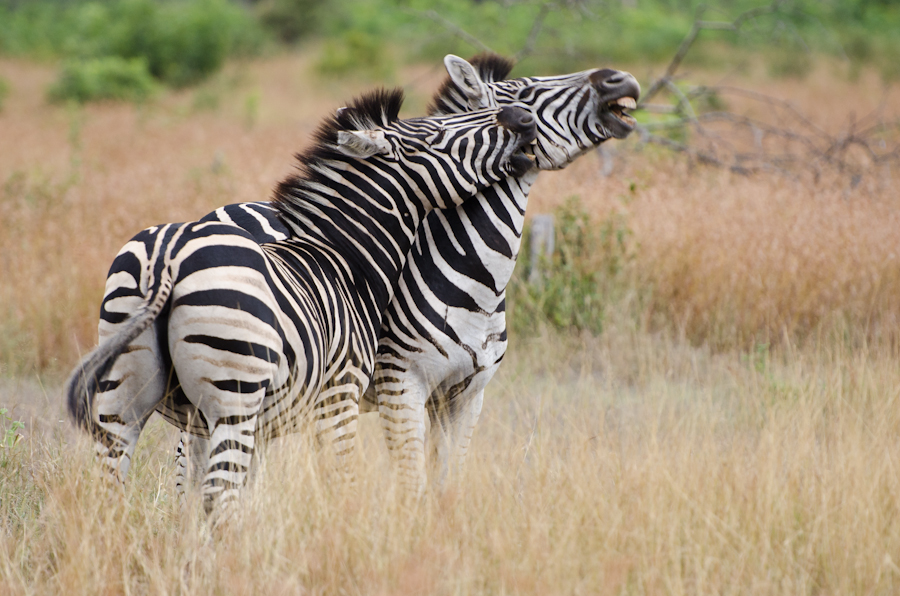 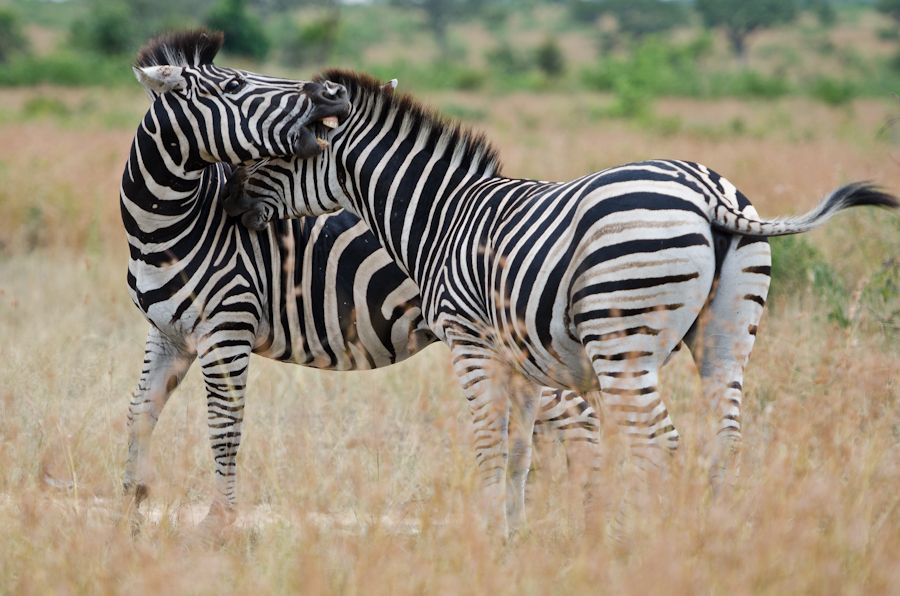 The fights between males are often very violent and can end in death. The males will attempt to bite the others neck and legs and fights can last for long periods of time. Eventually when one of the males is exhausted and falls to the ground the other male might kick its competitor to death. Just a few days ago we witnessed a fight but fortunately it was more a play fight than a full on fight to the death. Two males were testing each other, practising their technique and establishing a hierarchy that would stand for a while to come. The establishment of these hierarchies is important so that all the males fight within their class and avoid being killed by a much stronger competitor. The thing I love most about nature is that it is not just black and white but has such depth behind such a simple appearance. 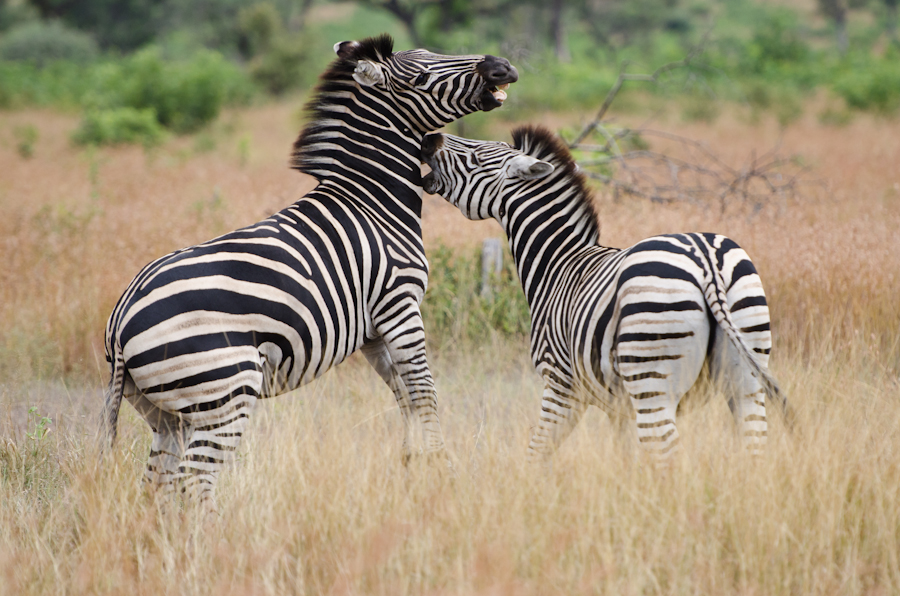 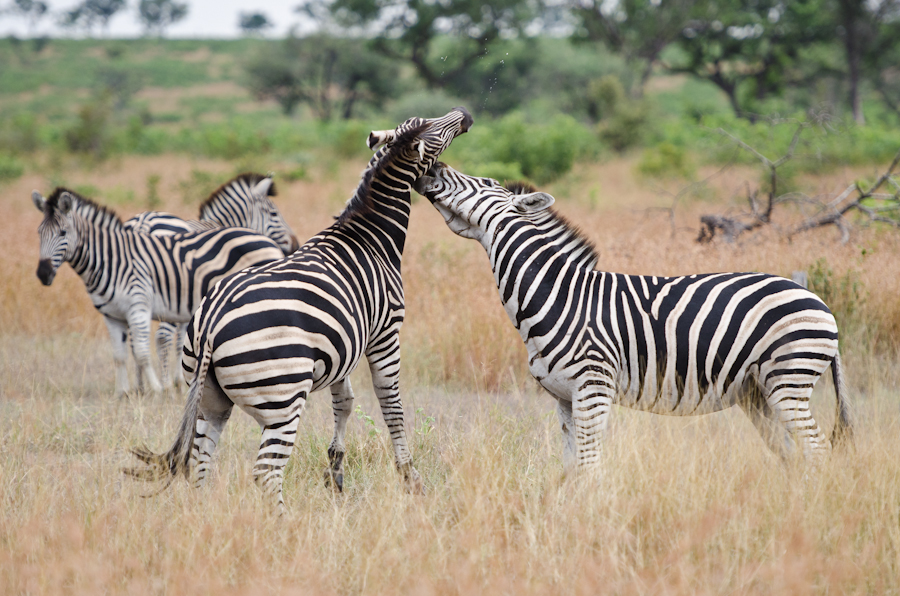