One of the first birds you will notice while out on safari at Sabi Sabi are the Southern Yellow-billed Hornbills who you may recognised as “Zazu” from the Lion King. 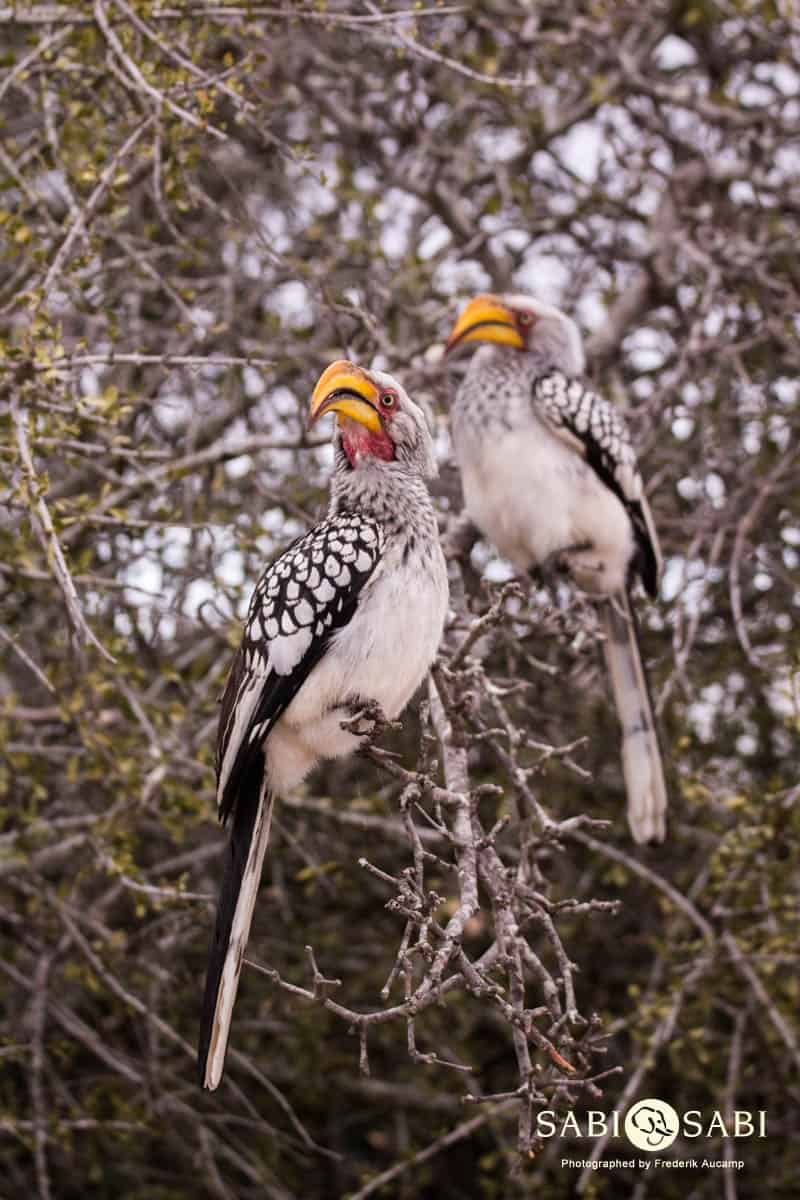 They have beautiful black and white feathers with a long yellow bill.  Their bills are very strong and also honeycombed making it light and easy to hold and manoeuvre their prey.  This is necessary especially when dealing with dangerous prey, like scorpions and spiders.

For me the most interesting thing about the Southern Yellow-billed Hornbill is their breeding behaviour.  They are monogamous, so they will pair up and have courtship displays, fanning out their wings and bobbing up and down while uttering their call.  Both male and female will look for a natural hollow cavity in a tree where the female will go into the nest and seal herself in using either fruit pulp, mud, or even her own faeces, leaving a small elongated hole in the opening where the male can feed her through. She usually won’t defecate in the nest, she will turn around and defecate through the little elongated hole, keeping the nest clean. 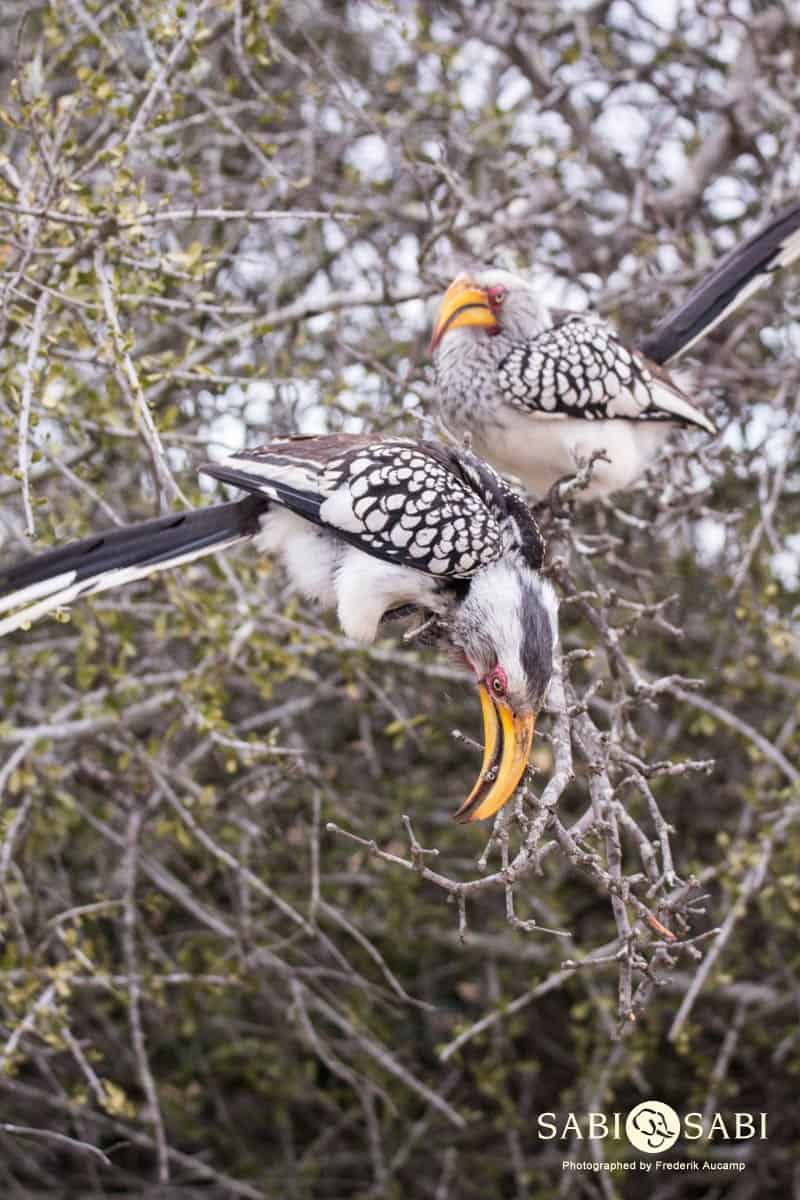 The female will shed all her flight and tail feathers creating a soft padding for her and her eggs and during this time she will be completely dependent on the male because if the male dies, the female might be trapped inside and starve to death or she might break out of the nest, but then be vulnerable to predators as she won’t be able to fly away. When the chicks are about half way grown, the female would have regrown her feathers and break out of the nest which will then be resealed and both parents will feed the chicks.  When the chicks break out of the nest, they will still stay together as a family for about 3 to 4 weeks and thereafter, finally become independent. 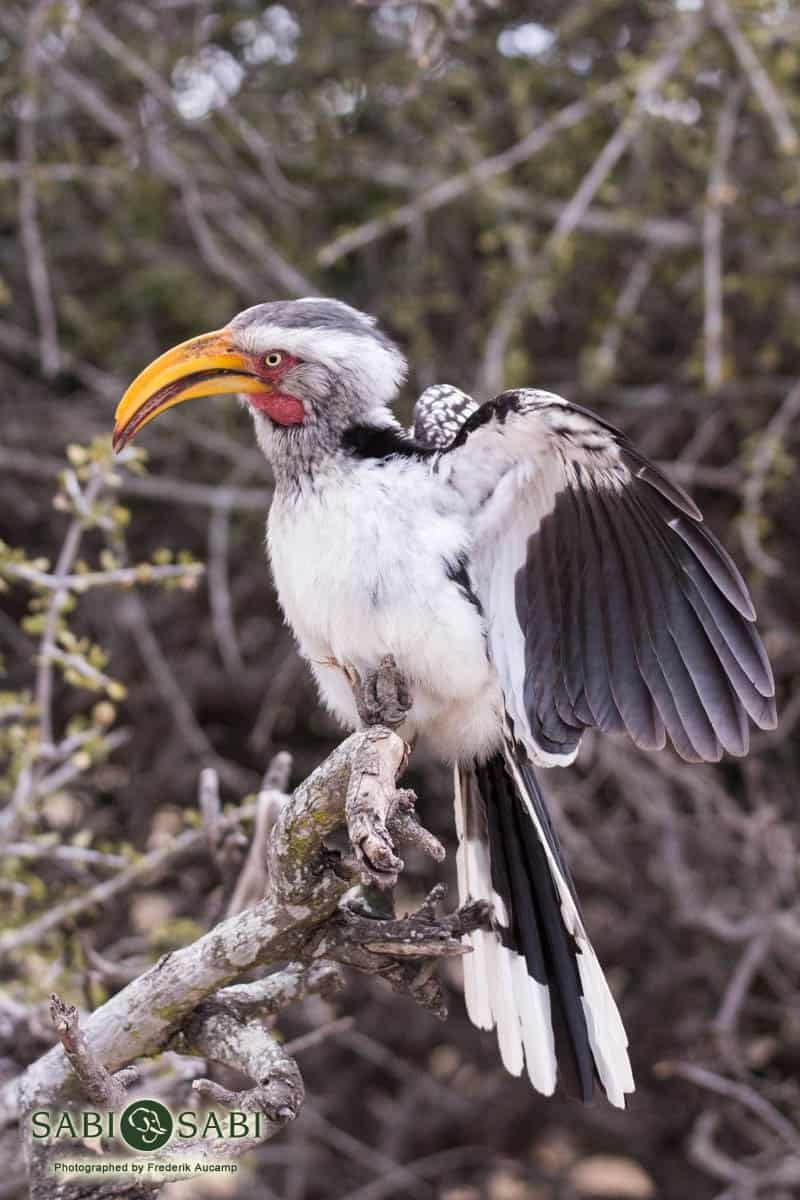 Isn’t that just amazing how the female trusts the male with her life and the male puts in the hard work and dedication to keep his female and his chicks alive and still stays loyal throughout the whole time. Humanity can learn a thing or two from the Southern Yellow-billed Hornbill.  Nature never ceases to amaze us, and that is why we should continue to conserve it and learn more about it.