Sabi Sabi is home to a wonderful biodiversity of habitats that support a wide range of animal, bird and plant species. Each habitat has its own characteristics and each its own appeal – be it the stark grandeur of the magnificent Leadwood trees silhouetted against a bright winter sky, the ever-changing greens of the Tamboti thickets in summer, the vivid colours of the Impala Lily or magnificent canopy of the resident Sycamore Fig trees. The variety of wildlife species found at Sabi Sabi need different types of vegetation in which to survive and thrive, (and in turn sustain the life of the predators that prey on them), but no species can survive without one major essential in life: – water. 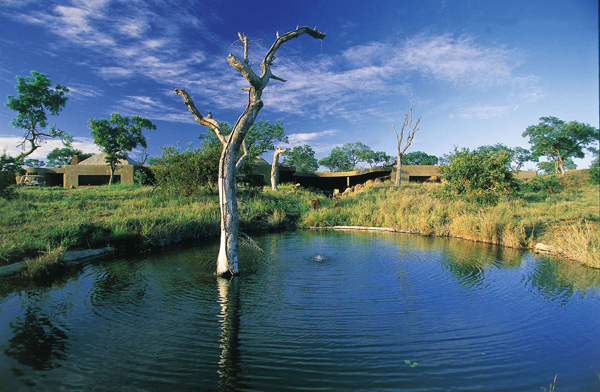 The Sabi Sabi bushveld has a sub-tropical climate, with spectacular summer thunderstorms which move through the area quickly, dropping life-giving rain over the reserve. There is water to be had everywhere at Sabi Sabi adding to the area’s beauty and often providing good spots at which to sit and watch the animals drinking, bathing and wallowing.

The mighty Sabie River (which means the river of fear because of the many very large crocodiles which hide in its muddy waters) flows through the reserve throughout the year, creating a natural boundary with the Kruger National Park – which the larger mammal species cross at will. Elephants, buffalos and antelope feed on the riverine vegetation making for spectacular viewing for guests, with the vocal hippos grunting in the background and crocodiles slowly floating by – only eyes above the water on the lookout for some unsuspecting prey. 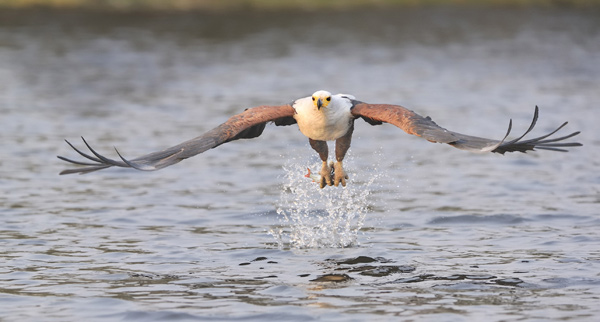 The Msuthlu River meanders through the whole northern section of Sabi Sabi, while the Umlechwane runs through the south. Aquatic birds, mammals and reptiles abound in these areas, and the riverine plants and trees on their banks bring a yearlong ribbon of green to the landscape. Hippos, crocodiles, fish eagles, 5 species of kingfisher, water monitors and an array of frogs, live in and around these rivers. In the winter months when some of the riverbeds are dry, their sandy beds often become a favourite hideout of the reserve’s many resident leopards.

Each of the four lodges has a view of some water. Selati Camp looks out over the Msuthlu riverbed onto an open plain with a pan where animals come to drink. It’s not uncommon to see four or five different species sharing the pan at the same time. Little Bush Camp is built on the banks of a river that is sometimes dry, sometimes flowing and sometimes overflowing. Since the exceptionally heavy rains of a last summer, pools of water filled with wild water lilies have remained, creating colourful rock pools that catch the sun and glimmer through the riverine trees. Bush Lodge‘s huge wooden decks look out onto a water hole where herds of elephants and buffalo are often seen drinking, provided the large lion prides aren’t there already. Earth Lodge too overlooks a dam where buffalo weavers have fashioned enormous nests. A hippo has taken up residence in this dam, and is often joined by herds of elephant and many other thirsty animals. For the shyer animals there are a myriad smaller pans, dams and wallows throughout the reserve in which to slake their thirst. 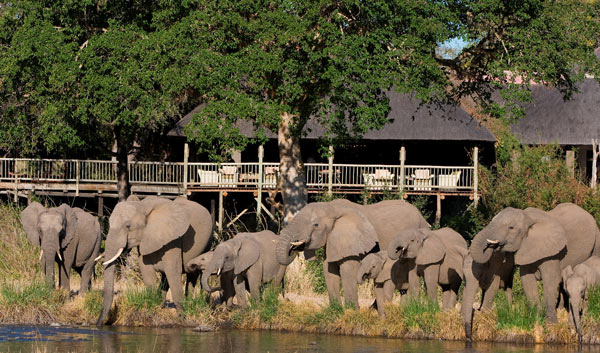 Built using a well-proven, natural filtration system, each lodge also has an award-winning, natural wetland water purification system. When the frogs croak loudly in the wetlands, the water is clean and pure, and croaking frogs there are aplenty. Life giving and life sustaining, our water is an asset which is valued by humans and animals alike at Sabi Sabi.