Since Sabi Sabi instituted its daily postings on various social networks, the number of friends, followers and “likes” has increased exponentially.

Every day wonderful photographs and snippets of interest are posted on Facebook, and fans avidly wait to see and comment on all the up to the minute bushveld sightings. These pictures and videos are being shared and spread to all corners of the world. So too are the blogs and tweets read, commented upon and distributed. The weekly “Friday Funnies” Facebook entry has had some hilarious responses and predator-lovers are following the daily dramas of the lion prides and resident leopards with fascination.

The authors and photographers of the stories have remained fairly anonymous, so we would like to remedy this by giving a bit of background on the very talented boys behind the blogs. 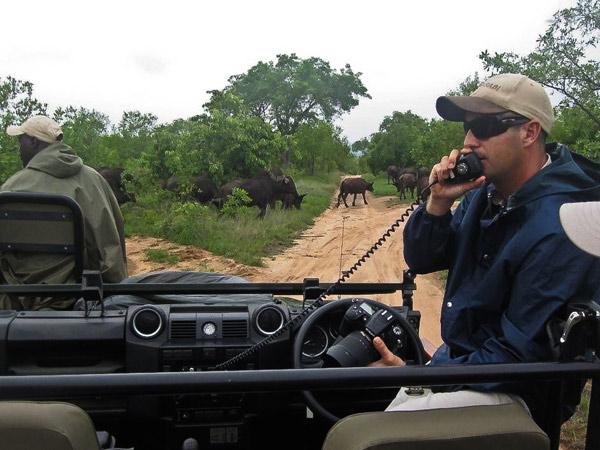 In charge of the Sabi Sabi social media content is Richard de Gouveia. As the Assistant Head Ranger at Sabi Sabi, Richard has very little spare time, however, he is an enthusiastic blogger, and makes sure that he allocates a portion of every day to compiling the real-life stories which are read by hundreds of people. Richard focuses on all aspects of the bush, from the most beautiful of the Big Five, to the other interesting animals in the bushveld, to the tiniest of insects which inhabit the reserve.

Richard grew up in the city, and, as dictated by convention, finished school, studied and graduated from university and then found a good job. It took just a few years of corporate life for Richard to realise that this was not the route he wanted to take in life. His most cherished childhood memories are of time spent on a family friend’s farm, outdoors and close to nature. He had always dreamed, as a youngster, of becoming a ranger, but that dream was pushed aside until the day he decided to quit the corporate world and follow his passion. Getting a position at Sabi Sabi was one of his happiest achievements and he couldn’t wait to start his new career in the bushveld. Richard is an ardent and very talented photographer, and gets great pleasure from sharing his environmental knowledge and photographic expertise with bush lovers from all corners of the globe. 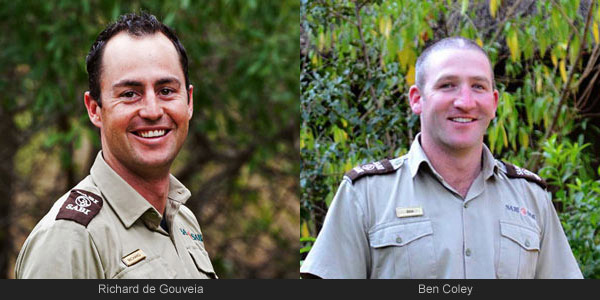 Ben Coley is even further from the first part of his life. Although he lived in England until his late twenties, Ben had been fascinated with Africa and its animals from a very young age. He always dreamed of travelling to this continent, a dream which was realised when, at the age of 27, he came to South Africa and studied to become a field guide. Seven years later Ben has fulfilled his ambition. He is now a senior ranger at Bush Lodge and is married to Rika, also a Bush Lodge ranger. When Richard is away, Ben takes over as the contributor to Sabi Sabi’s social media platforms, giving his own personal flavor to the snippets, stories and photographs. 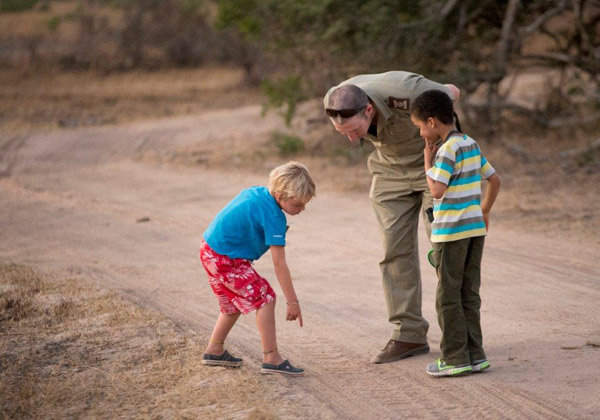 Both Richard and Ben are great writers, storytellers and photographers, and are doing a wonderful job of giving the world a glimpse of the wildlife encounters that they and their guests experience firsthand in the Sabi Sabi bushveld.

The list of contributors is growing and we thank those rangers not mentioned and look forward to introducing them at a later stage.