Sabi Sabi is situated within the Sabi Sand Reserve, a recognised ‘hotspot’ of biodiversity in South Africa. This unique part of the African bushveld is home to 70 mammal species including the Big 5, 57 species of reptiles and a myriad of smaller animals such as bats, small rodents, amphibians – and don’t forget the invertebrates such as insects, spiders and scorpions which also form part of this abundant ecosystem. With over 300 species of birds the area is a veritable twitcher’s paradise.

The reserve, which has over 90 species of trees and a huge assortment of shrubs and grasses, is able to support the amazing variety of wildlife largely due to its many different habitat and microhabitat types. There are rolling hills, open savannah woodlands, dense sections of bush along seep lines, rocky outcrops, ands pans and riparian forest areas alongside the rivers. 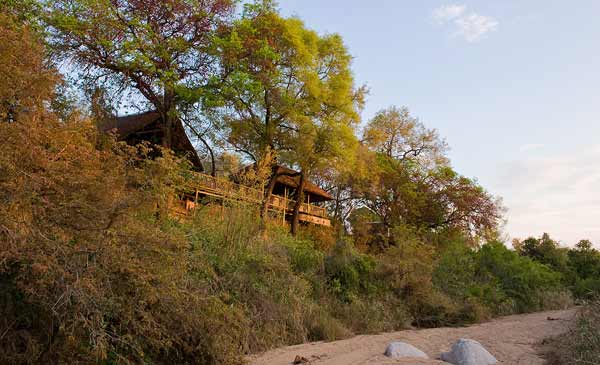 Sabi Sabi is also home to various rare and localised species. The highly secretive Pangolin or Scaly Anteater is found here. White Rhino, once in danger of extinction, have been a great conservation success story and are now seen daily at Sabi Sabi. A testament to the excellent ongoing bush management programme, the endangered, much more aggressive Black Rhino have, in the last few years, made their way back to the Sabi Sabi bushveld.

Interesting birds in the area include members of the ‘Big 6’, a collection of birds that most birdwatchers want to see – Martial Eagle, Lappet-faced Vulture, Ground Hornbill, Kori Bustard, the endangered Saddle-billed Stork and lastly the Pel’s Fishing Owl which is the most elusive of the group. There are also the much sought after ‘Lowveld Specials’ such as the Bat Hawk, Narina Trogon, African Finfoot and Thick-billed Cuckoo. Unusual reptiles include the Marbled Tree Snake and Snouted Night Adder.

Visitors from all over the world come to spot the ‘Big 5’ – lion, leopard, elephant, rhino and buffalo; but by the time they leave Sabi Sabi, they will have learnt just how interesting and important are the ‘Small 5005’ other species.