Sabi Sabi is famous not only for its exceptional sightings of the Big 5, but also for the quality and variety of birdlife which can be seen here. Twitchers from all over the world “flock” to the area, avidly training binoculars onto the trees, bushes and sky, hoping to add a lifer or two to their list of birds positively identified. The reserve is home to close to 350 bird species, many of them rare or endangered. Rangers place much emphasis in identifying birds and introducing novices to the joy of birdwatching and are really gratified when their guests start spotting birds as keenly as they spot animals. Guides for whom ornithology is a passion are able to identify birds not only by sight but also by their unique calls and songs. 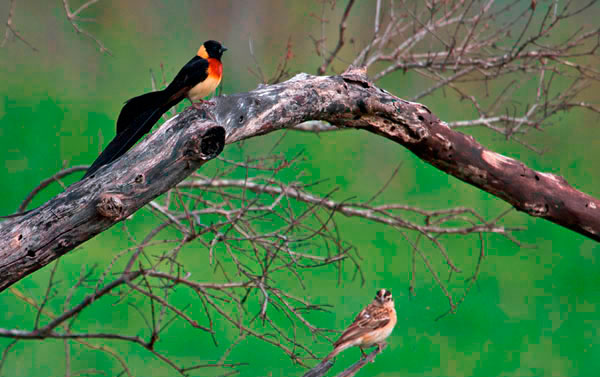 The sighting of four very rare bird species on the Sabi Sabi Reserve was a fitting end to an exceptional season of bird watching. Guides and guests were lucky enough to see the Bat Hawk, Pennant Winged Nightjar, Corn Crake and an African Rail in January and February. It was the first time in many years that a Bat Hawk has been seen here. Birdwatchers will jump at the chance of seeing this amazing crepuscular raptor swooping through the air at high speed as it hunts at dusk. 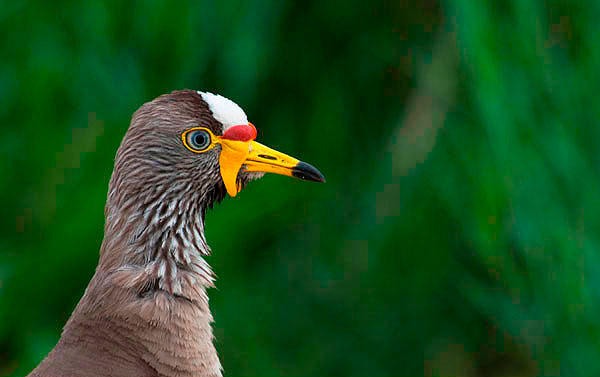 Now, with the summer birding season coming to an end, the migratory species are preparing for their journey to warmer climates. Just as the sight of a Wahlberg’s Eagle or Woodlands Kingfisher signals the start of spring, so is their absence a sure harbinger of winter. While the summer months are filled with a riotous dawn bird chorus, winter has its special bird moments as well. The bare winter trees are a majestic backdrop for breath-taking raptor sightings and the glory of brilliant plumage against dark barked silhouettes. 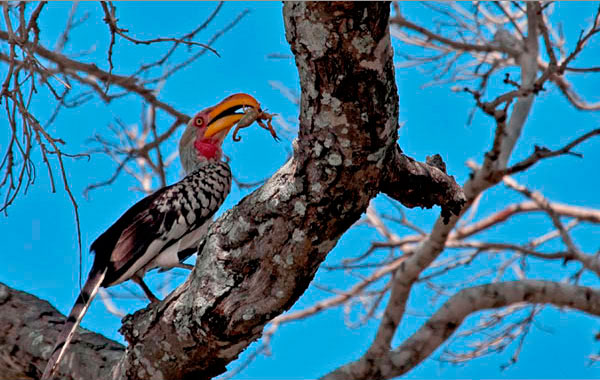 Several inter-continental migrants travel thousands of kilometres to Europe and Asia, living a winterless existence, while some migrate just to Northern Africa. Huge flocks of some species can be seen annually, using landmarks, the sun, stars and possibly the earth’s magnetic field to navigate their route. It is mainly insect-eaters and wading birds that migrate, while fruit eaters are generally yearlong residents and seed-eaters follow a more random pattern. Just less than half of all the species at Sabi Sabi migrate in some form. 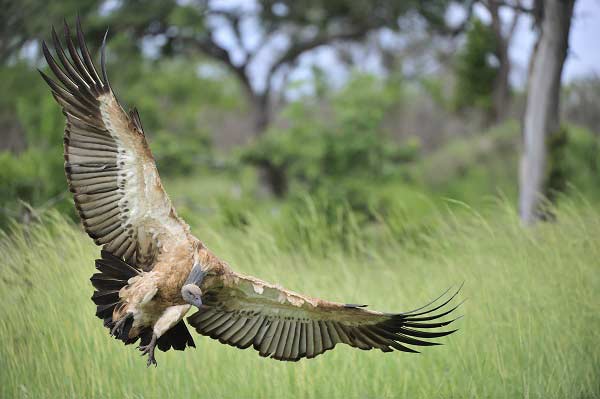 Sabi Sabi has a very comprehensive bird sighting list posted on its website which is updated each month, allowing followers to map the progress of the seasons and the resultant bird sightings. Click here to see the latest Sabi Sabi bird sightings.