Looking across the African landscape, one of our most iconic animals has to be the giraffe. The long neck, ossicones and elongated muzzle give them a distinct shape when silhouetted against the sunset, with each characteristic providing them with the adaptations required for their feeding.

Their impressive eyelashes, which are the envy of every person who has invested money in mascara, are important for ensuring their eyes are protected from the branches surrounding their faces as they feed. Because they show a preference for trees with nasty mechanical protection, in the form of thorns and spines, their eyelashes are sensitive to touch and will cause their eyes to close if a branch approaches the eye.

A long dexterous tongue, which has been measured up to 40cm in some of the larger individuals, enables the giraffe to strip the branches of their leaves, leaving the spines and spikes and thorns behind. You can sometimes see where a giraffe has been feeding, as the tips of the branches are bare of leaves.

As the seasons have started to change, the first blooms we see are the Knobthorn trees (Senegalensis nigrescens). Their pale-yellow inflorescence, which is a collection of tiny flowers making up what appears to the naked eye as a single, ‘fluffy’ flower, cover the canopies and are a favourite food of many browsers. Unfortunately, the majority of the adult trees hold their flowers too high for many other antelope, with only the giraffe tall enough to reach them. These flowers are an important source of protein as they emerge before the leaves in August, just as winter is coming to an end.

The one thing which makes these animals unique, above all (excuse the pun) is their impressive height. Females have been measured to over 4 – 4.5m to the top of the head, which is already incredible to behold, and yet the males clearly tower over them, some reaching heights of up to 5.5m, up to 1m taller. This extends the area where they are capable of browsing to approximately 2m above the browse line. This is a large portion of the foliage of the tree which would otherwise be untouched as it is beyond the reach of the next tallest browser (herbivore which eats leaves, twigs, fruits and flowers from trees and shrubs, as opposed to grass), which in this area would be the Greater Kudu, which stands at just under 1,4m shoulder height. 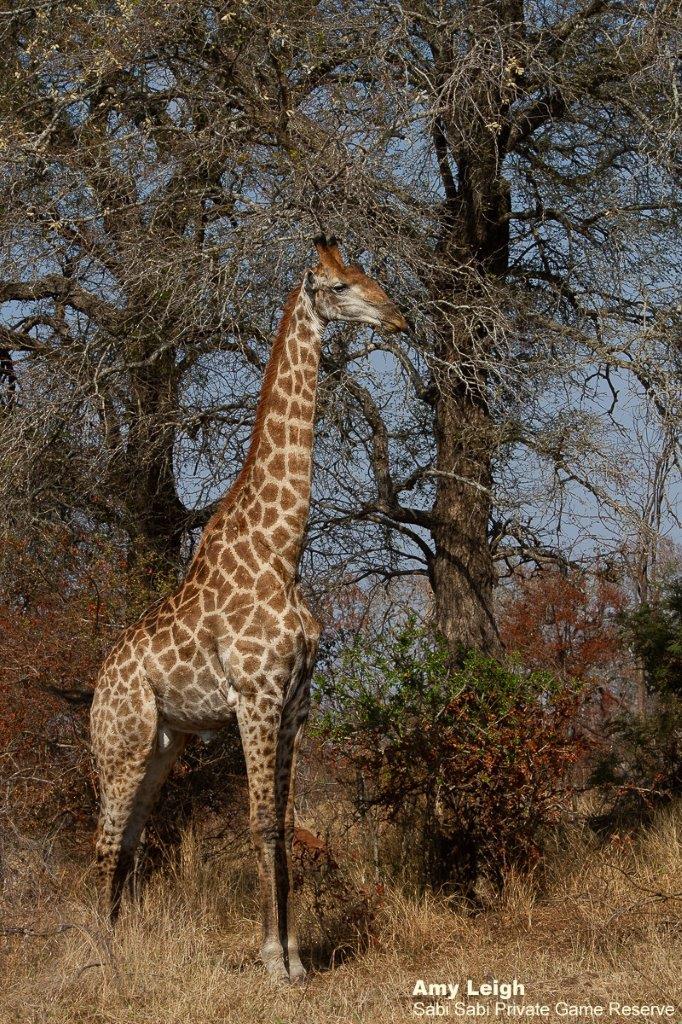 But it doesn’t stop there, to get added reach, the giraffe has been found to have a modified atlas-axial joint. This enables the head to be tilted to almost vertical with the spine, which not only extends their reach but also improves their manoeuvrability while feeding.

This is seen to be utilised more by males, as they show a preference for feeding high up in the canopy of the trees, whereas females tend to feed at eye-level and below, feeding often on the tops of small, or young trees, as opposed to reaching high up to the foliage of the tall tree. One theory is that this allows them to be more vigilant, not only for themselves being more vulnerable as they are smaller than males but also if they have young to look out for. 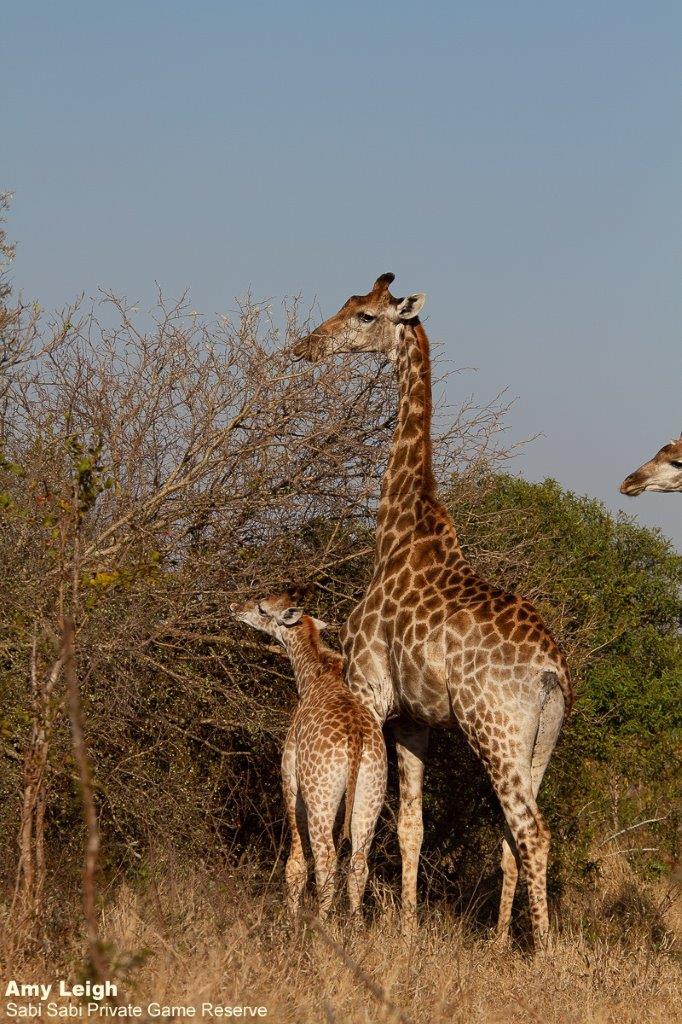 It is so incredible how each animal has adapted to its specific niche. When you delve deeper into the reasons behind the appearance, it becomes clear how important each trait really is for the survival of the species. Giraffe are often on the wish list during someone’s time with us here at Sabi Sabi, and it is completely understandable because when you take the time to sit and look at them, you are almost overwhelmed by the fact that an animal like this really exists… you almost have to see it to believe it.