Not necessarily a common sight, but if your eyes are sharp and your timing perfect, you might find yourself spotting a flash of brown and piercing yellow. A tiny owl of the genus Glaucidium flitting from one branch to the next, even in daylight hours. These little birds of prey are veracious predators, hunting for insects as well as small birds, reptiles, frogs and mammals, like bats and rodents.

Interestingly, there are a number of species that fall within this genus Glaucidium, about 35. Species found in North and South America are called Pygmy Owls, and the African and Southeast Asian species are called Owlets. The species all share some common traits, being small owls with rounded heads, lacking ear-tufts, and all have yellow eyes, with most having a prominent brow. The species in the Southern Africa subregion, the African Barred Owlet and the Pearl-spotted Owlet, are no different. These two species of owl are very similar in appearance and behaviour, differing only in their size and the patterns of their plumage. The African Barred Owlet is ever so slightly larger, with an average weight of 120g and height of 21cm. It has prominent horizontal barring on the breast, head and neck. 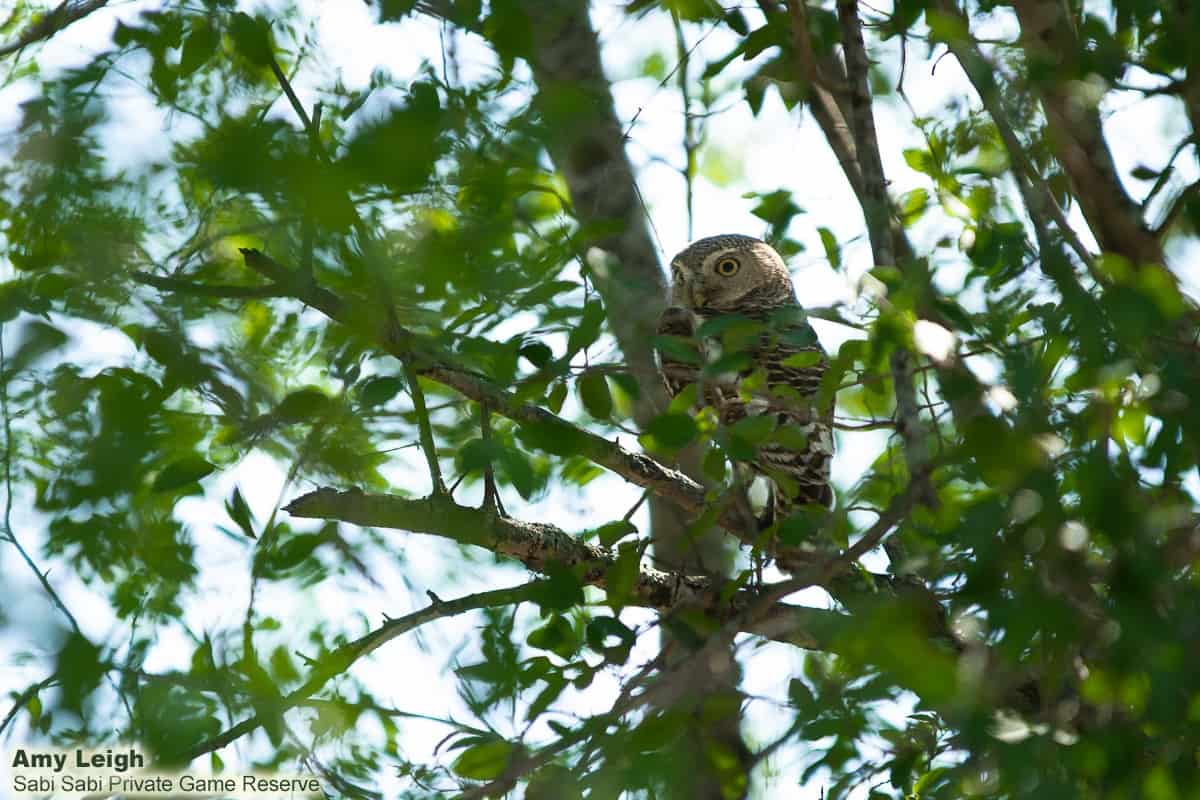 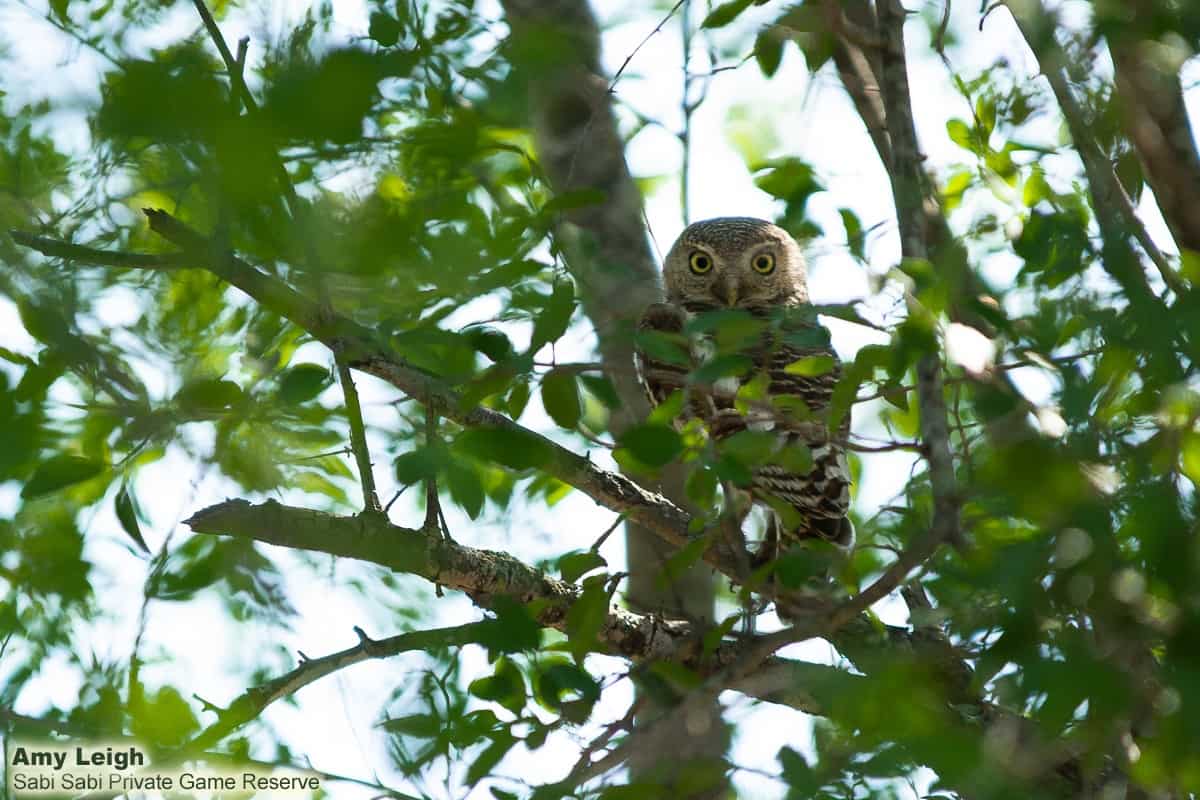 The Pearl-spotted Owlet is exactly that, covered with white spots contrasting with a rich cinnamon base colour over the head and back with the chest having vertical streaking. They are also slightly smaller averaging 19cm with a weight of about 76g. 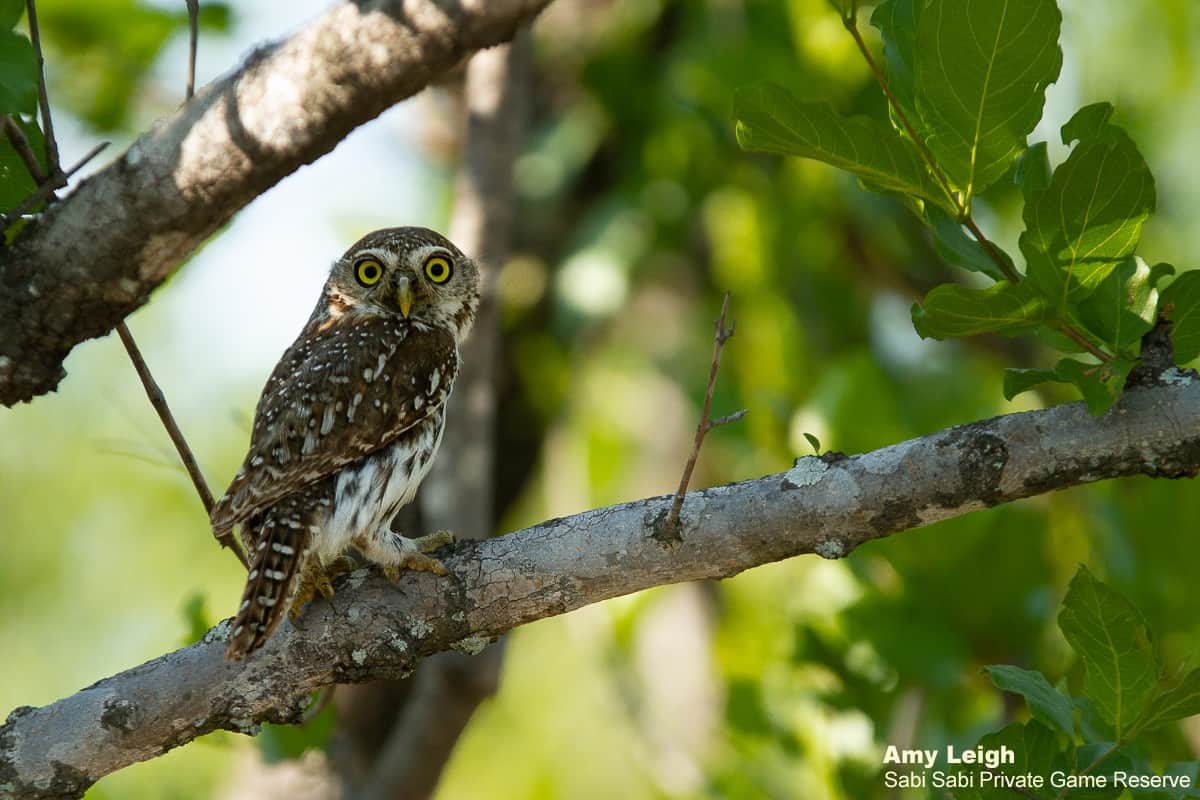 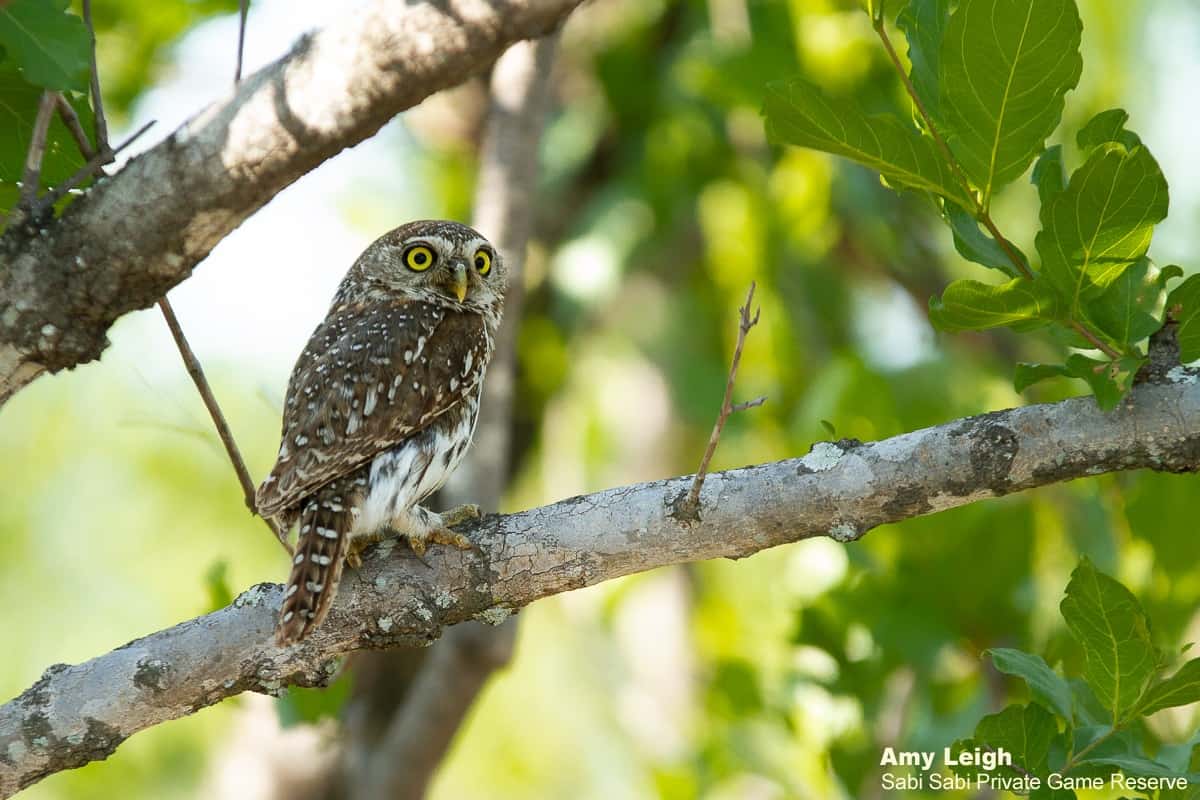 This species also has a special anti-predator adaptation which relies on the fact that a predator being watched, tends not to take any chances on attacking its prey. So, these little owlets have developed a set of false eyes on the back of their heads, two dark patches surrounded by a white border, to trick predators into leaving them alone. These are absent in the African Barred Owlet and could be a distinctive characteristic to look for when trying to tell the difference. 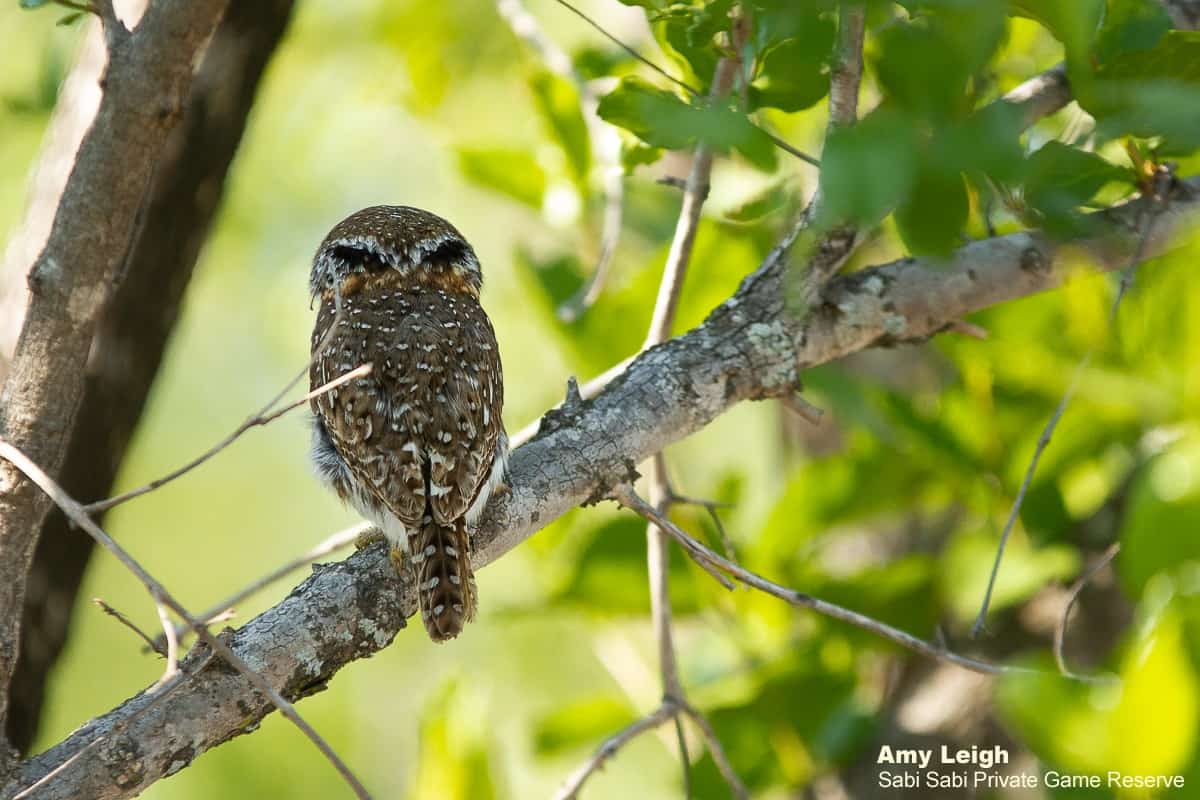 There is another small owl species found in the region, the African Scops Owl, generally reaching about 16cm, only weighing 65g. These little owls do not fall in the same genus and are therefore not referred to as “Owlets”. Instead, they are of the genus Otus, which includes 53 species of Scops owl, all of which are relatively small and characterised by having erectile ear-tufts and short, rounded wings. They also tend to be nocturnal, heard more often than they are seen. 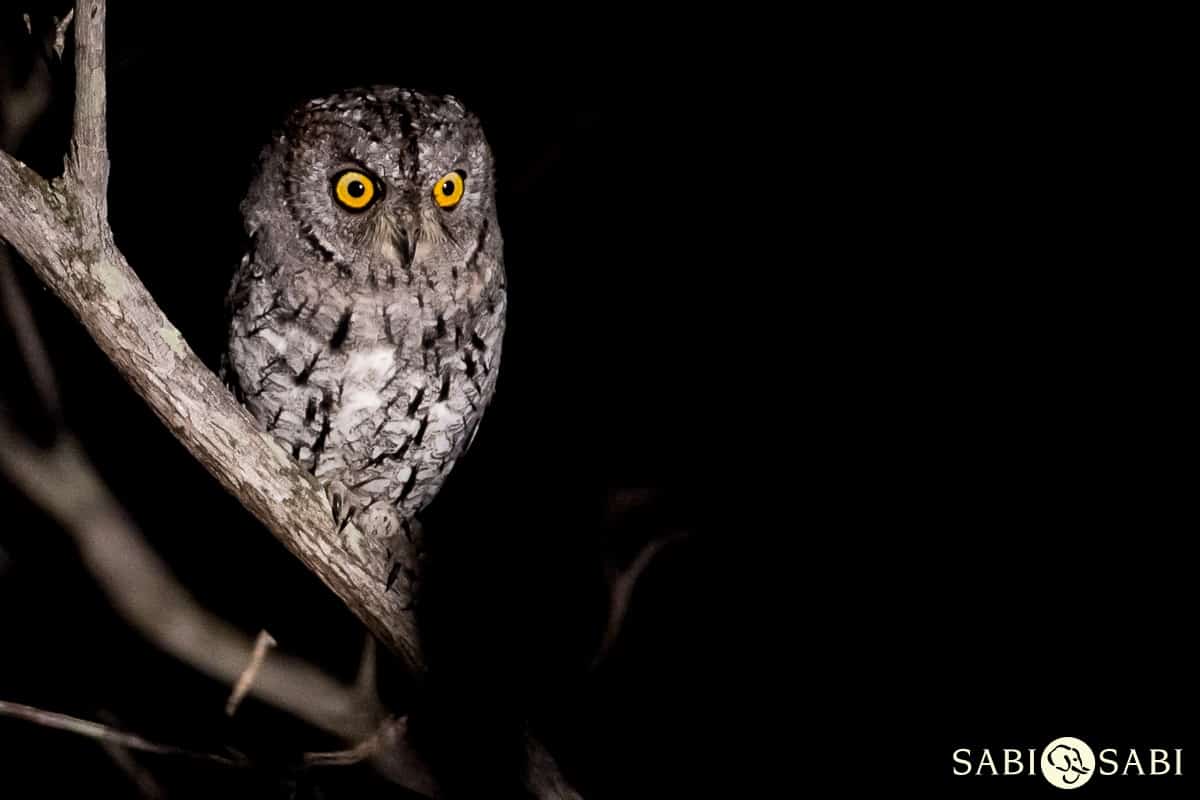 Although these birds may be small and unassuming when compared to the other members of the Stringidae family, or typical owls, they are just as impressive in their hunting, relying on incredible hearing and bi-focal vision. 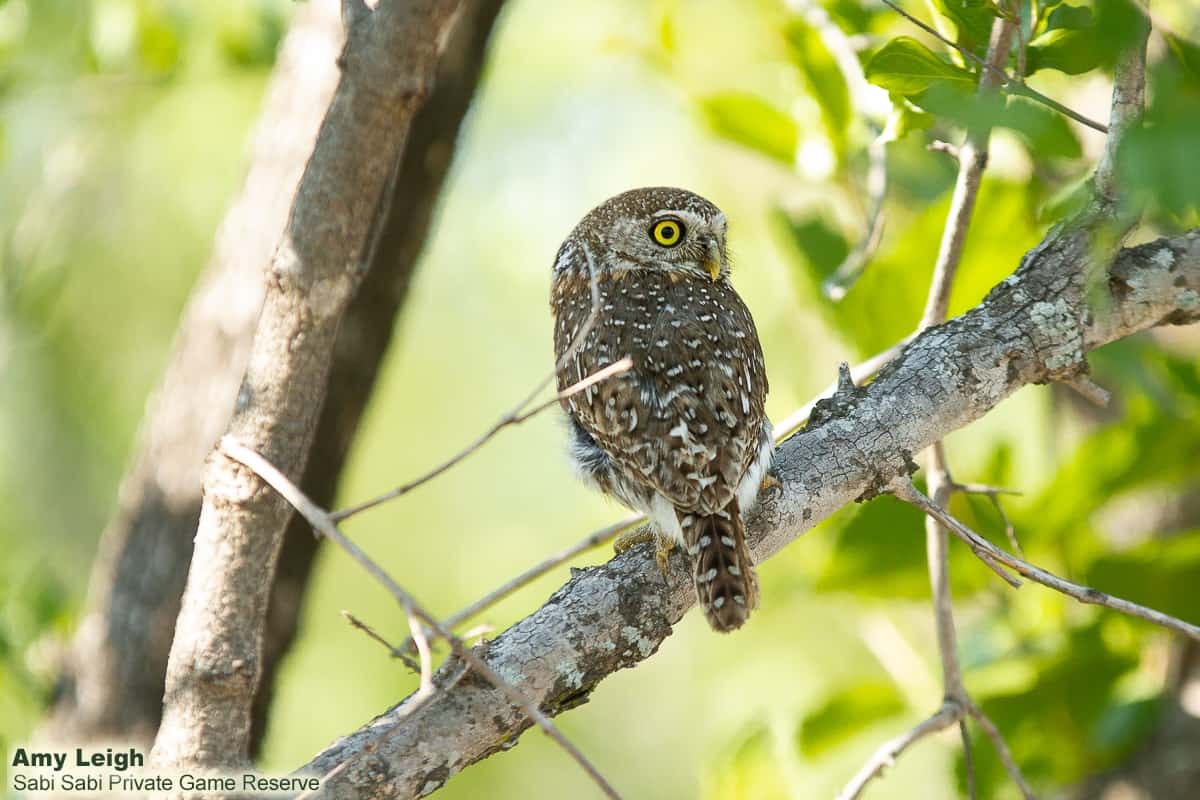