With summer well and truly here, the animals have been hard at work trying to keep cool in the scorching sun.  During a particularly hot day, a bachelor group of elephant bulls launch mud over their body, cooling them down instantly. The mud coating helps retain moisture in the numerous folds and wrinkles on their skin, cooling them down further. Not only is it immediate temperature control but it also adds a barrier between them and the direct effects of the hot African sun. Some even lower themselves for a thorough wallow in the sloshing mud like this younger bull. The respite of a dip in the mud is usually short-lived as there are others waiting for their turn to use the treasured wallow. Sometimes skirmishes break out as they try to claim the best section of the murky puddles. These two bulls of similar age pushed one another right out of the mud puddle leaving room for the two younger bulls to take advantage. Instead, they copied their elders and tousled a bit themselves, linking trunks in the process. 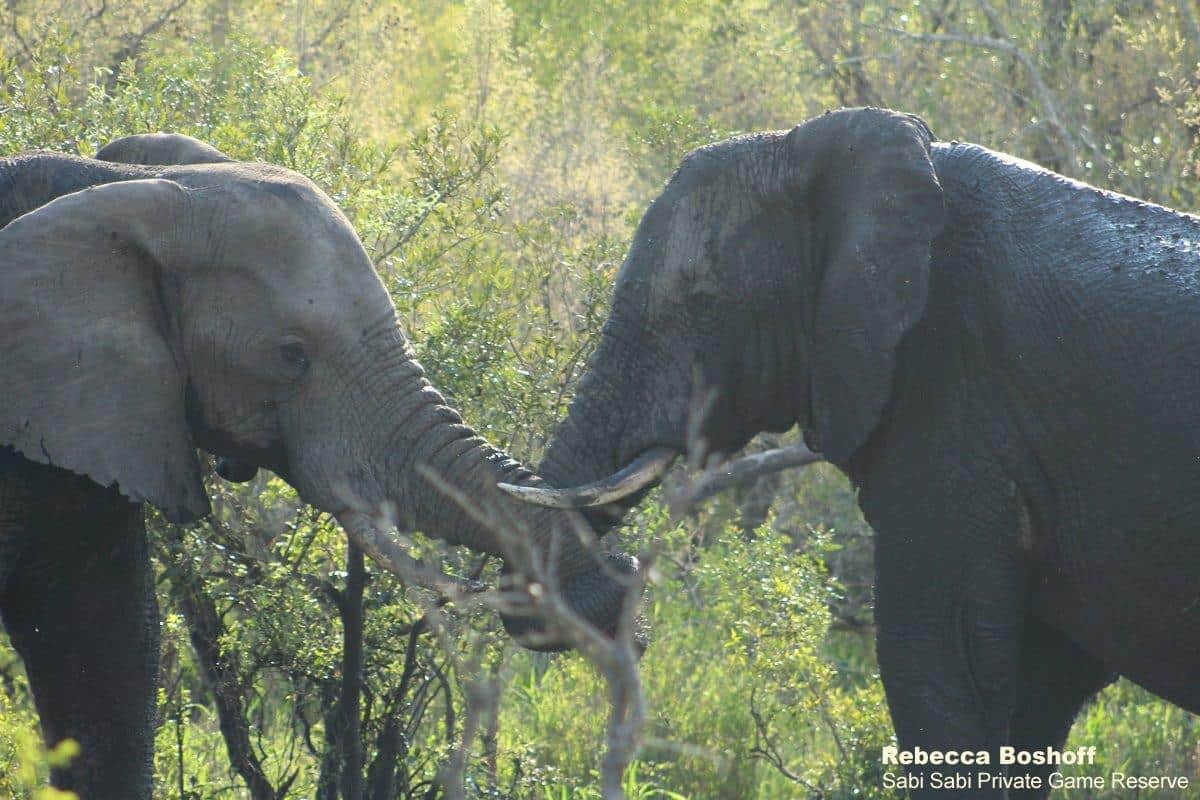 Other animals skip the mess of mud and prefer to submerge their body in the water completely. The Hippopotamus has specially adapted to spend most of the day resting in the water to escape the midday heat. Here you can see this old bull yawning then rolling around in the water to totally wet his massive body. Smith’s bush squirrels avoid the direct sun by hiding out in hollowed out trees, this helps them avoid the heat of the day and keep cooler. When it comes to hornbills though, they far exceed the mammals in their ability to keep cool in blistering heat and during drier times of the year. Their large bill is filled with a mass of blood vessels close to the surface that they are able to open in order to vent excess heat. This form of thermoregulation is known as vasodilation and is a very effective way to keep cool without the need of mud or water. Notice how large the bill is of this Crowned Hornbill, a large surface area ready to dispel the heat of summer. At the end of a scorching day a fiery sunset marks its end as the burning sun dips below the horizon, blazing its last rays of heat before the cooler evening sets in. 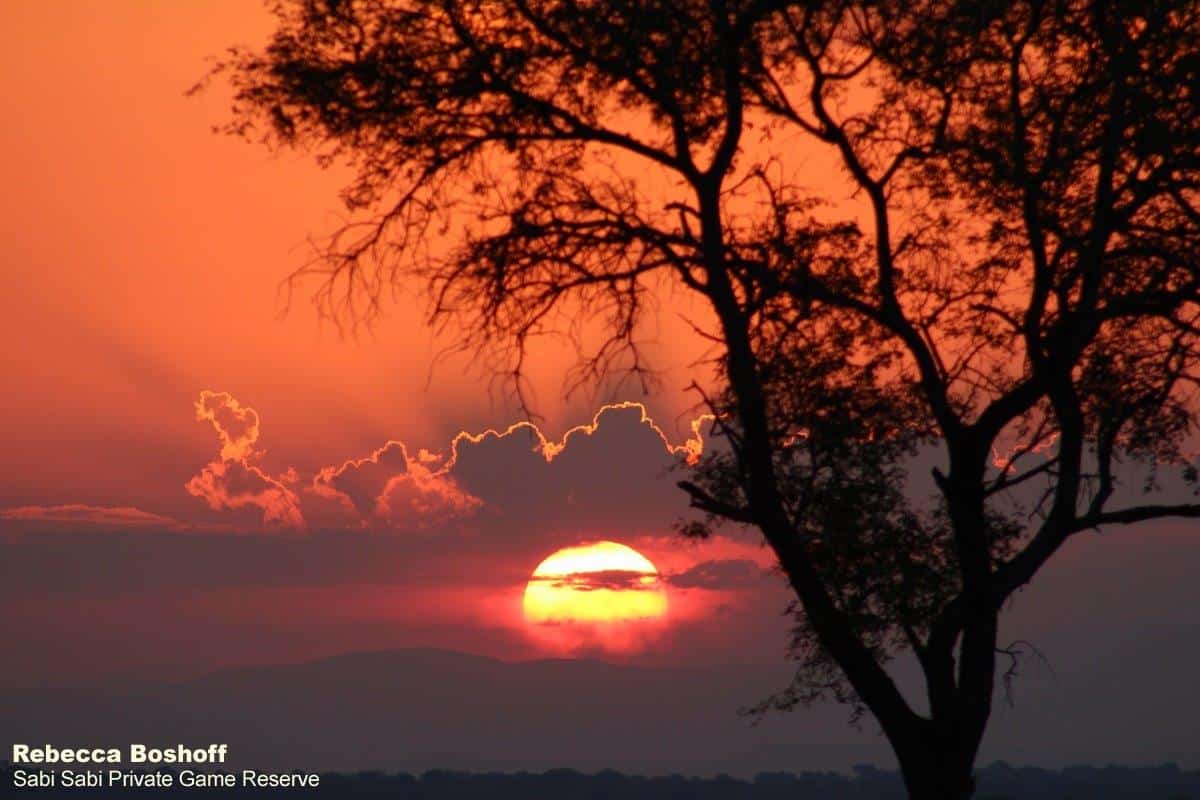