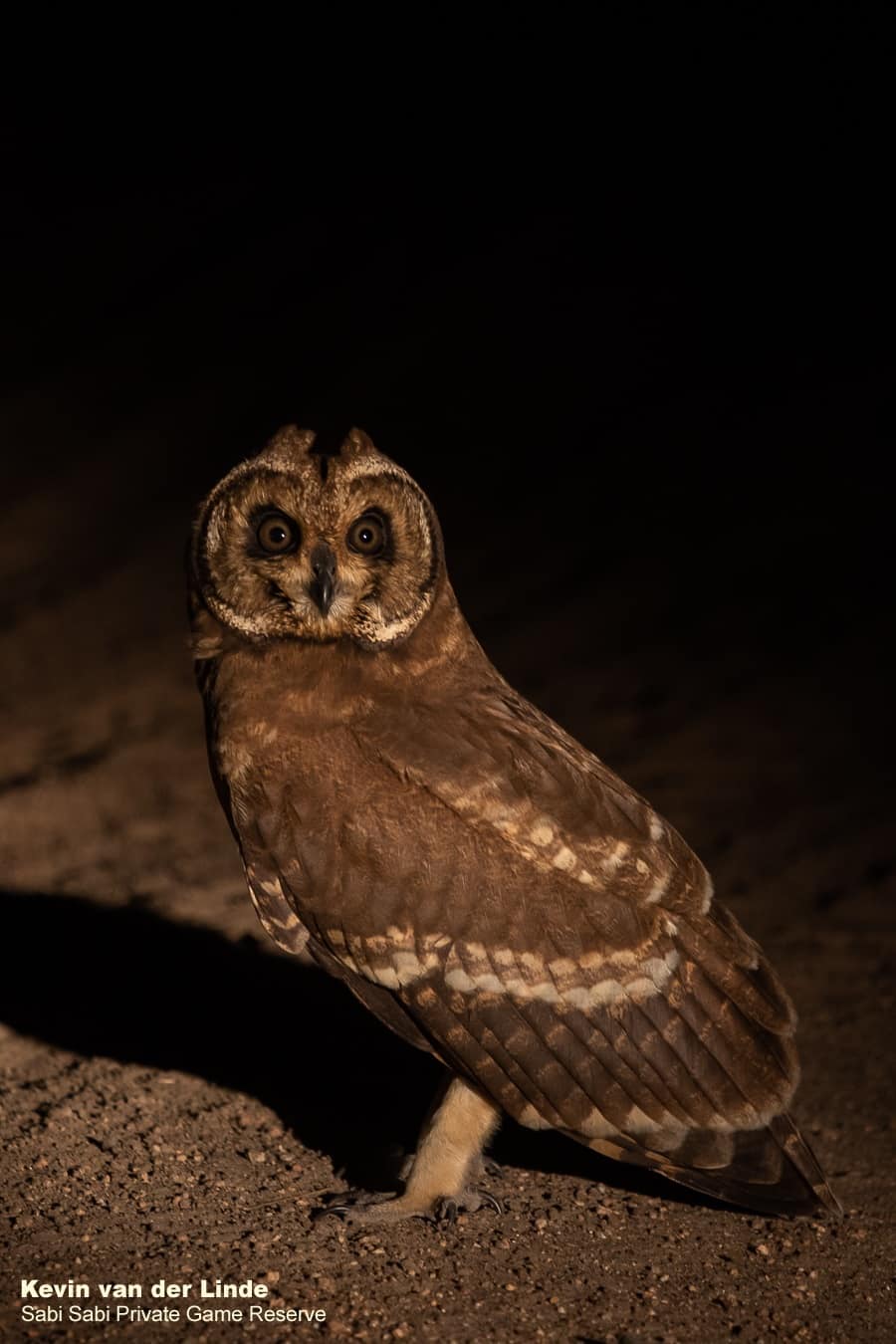 Another species of owl a guest at Sabi Sabi might get to see is the Marsh Owl. This medium sized owl is more diurnal than other species which could be due to rearing chicks but is mostly crepuscular (active at dusk and dawn) and carrying on with activities into the evening.

By day the Marsh Owl will roost mainly on the ground in a hollow among grass or other vegetation but as the sun starts to set, they will start getting active, sometimes basking in the last bit of afternoon warmth before starting to look for food. The Marsh Owl hunts mainly on the wing.

During the breeding season, which varies due to rainfall in different areas, the pair will find a suitable sight among grasses and weeds in a slight depression and line it with dry leaves. The female lays 2-4 whitish eggs and incubates alone for 27-28 days while the male hunts and feeds her. They also store food items in “caches” for later consumption by both mates.

The downy chicks remain at the nest for about 14-18 days and are brooded by the female. They start to crawl around the surrounding vegetation for a few weeks. They are fed by both parents. The chicks fledge 35 days after hatching and are fully feathered at 70 days old and independent a month later.

As we left our sundowner stop and were making our way back to the lodge, my tracker Sydney spotted an owl sitting on the road ahead of us. The first thought that went through my head is that it could be a Spotted Eagle-owl as they are normally the species we see on the roads but upon closer inspection, it was in fact a Marsh Owl. I was blown away as it was the first time I had seen one. It did not fly away and seemed to be comfortable with our presence giving us an opportunity to take in the moment. 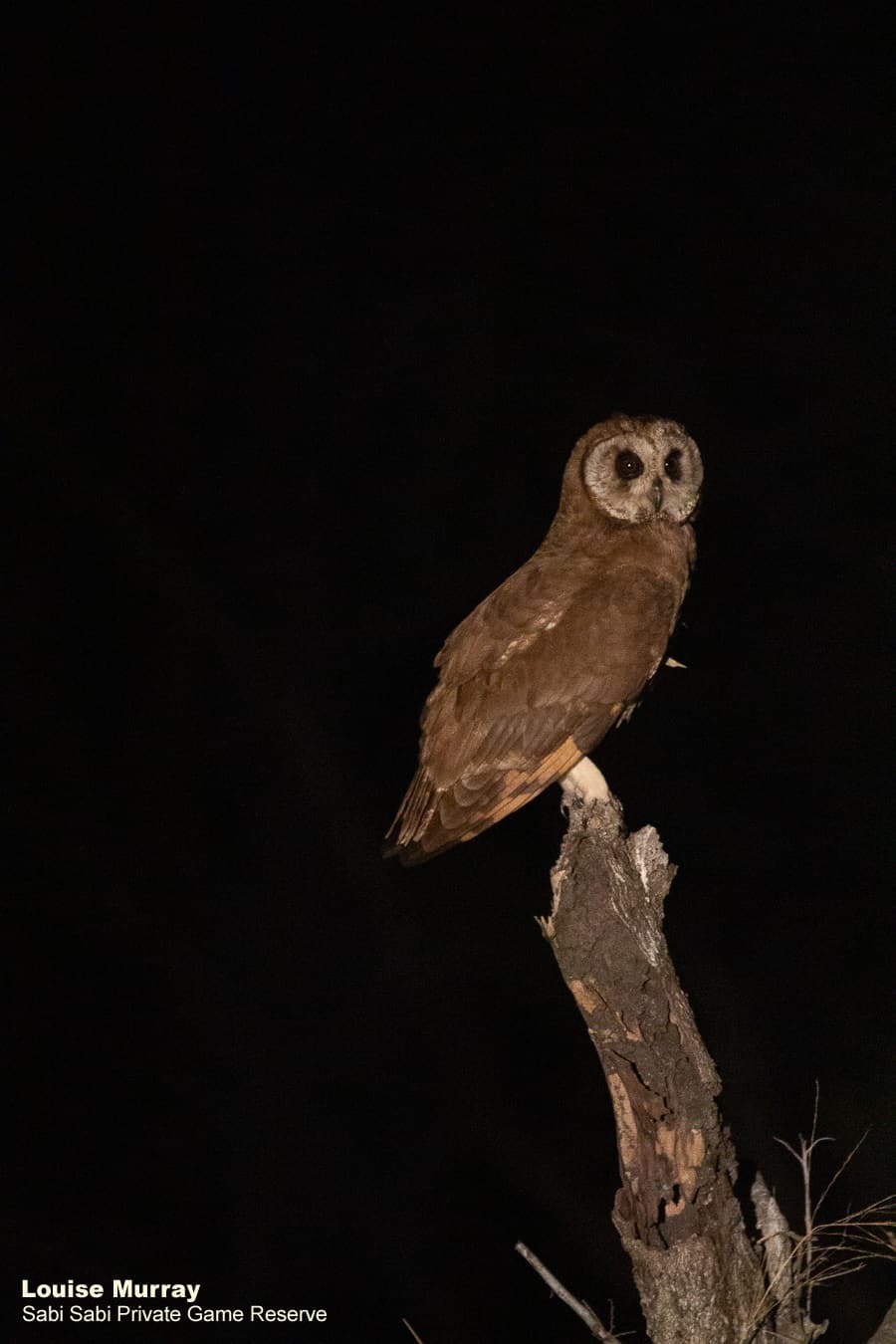