The Flap-necked Chameleon is the only species of chameleon found at Sabi Sabi and is always a winner with the guests. Due to their ability to camouflage themselves, they are very difficult to see during the day but come night time, it is hard for them to hide from our skilled trackers and their spotlights. These amazing creatures shine a ghostly white in the spotlight allowing trained eyes to pick them up even when driving along at 20km/h.

The one thing that chameleons are known for is their ability to change colour, but how do they do this? A chameleon has several layers of skin, some of which contain pigment cells and others have reflective cells. In the layers with pigment there are cells called chromatophores and the expansion and contraction of these cells can be controlled by messages that are sent from the brain. As the cells expand, more pigment is allowed into that specific area allowing it to go darker or shrink them allowing it to become lighter.

The next question you may be asking yourself is, why would they change colour? This is not as straight forward as you might imagine. Most people would jump straight to the conclusion that it is for camouflage, many people would tell you that a chameleon will change to whatever colour you place it on, but this is not entirely true. Although the change in colour may assist with camouflage, it is not its only use and chameleons cannot change to any colour. The Flap-necked Chameleon is limited to shades of green which vary from very light to dark and follow through to black; there may even be shades of brown but turning luminous pink… I don’t think so. The chameleon is able to even open certain chromatophores to create spot or stripe patterns. 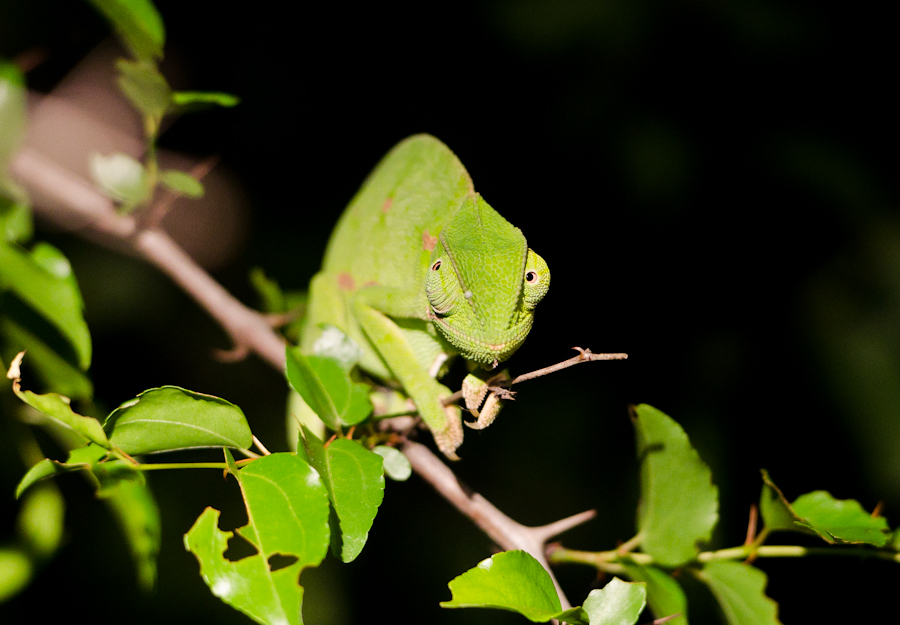 Another reason why a chameleon would change colour would be to indicate mood or to attract a mate. If the chameleon is light in colour or plain green it would signify that it is relaxed but as soon as it is stressed it will open its chromatophores and make itself dark in colour. Darker colours may also be used to attract a mate. The last reason for colour change would be to control body temperature. Chameleons are cold blooded which doesn’t mean that they literally have cold blood but instead that they control their body temperature using the surrounding environment. Humans, on the contrary, use their metabolism to create heat, and sweat and muscle contractions (shivering) to maintain a constant body temperature. The chameleon on the other hand could make itself dark to absorb more heat or make itself light to reflect more heat thereby controlling its body temperature. 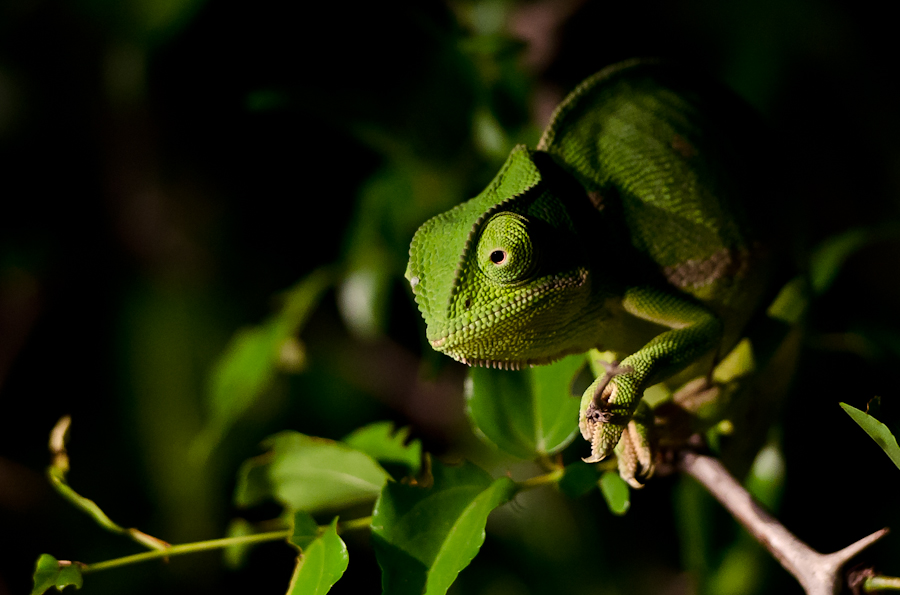 The chameleon has some other unique adaptations to ensure survival. Chameleons are very slow moving creatures and cannot chase their prey down, therefore they have adapted to an ambush style of hunting to catch the insects that they eat. They use their great camouflage to hide and when an insect comes close enough, it will launch its tongue out, which is as long as its body, and with its sticky tip and muscles which cause air suction, will grab hold of its prey and pull it back into its mouth within a matter of split seconds. 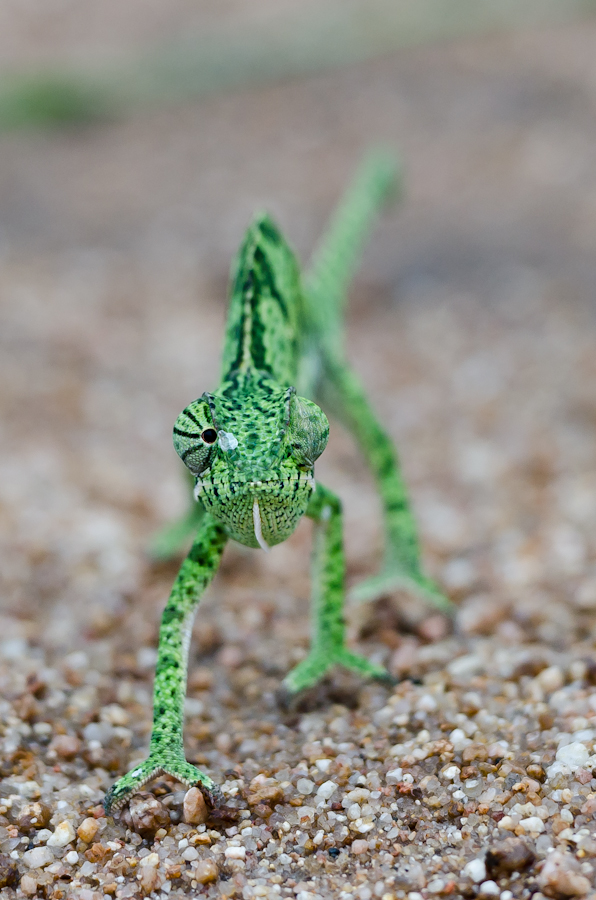 The most interesting thing that differentiates it from other predatory reptiles is that it can operate in lower temperatures than the rest of them. Normally when it gets too cold other reptiles will seek shelter until it is warm enough to move again, whereas the chameleons tongue does not require this heat energy to operate. It also has the ability to move its eyes independently, allowing it to see a full 360 degrees to look for predators or until it finds its prey. Once it has found its prey it will lock both eyes onto its target allowing for binocular vision and depth perception and launches its amazing tongue. As much as people love these creatures, there is a major superstition amongst Africans that it is an evil creature as they believe that nothing should be able to look backwards into the past and forwards into the future at the same time.

The chameleon is an amazing creature and something everyone should have on the list of things to see when you visit Sabi Sabi.