What a wonderful start to the week! The Southern Pride female and her two cubs gave us quite the run around during the morning safari. While we spent hours in the sun looking for them, they’d been resting in a lovely cool riverbed the entire time.

One of the four N’waswishaka male lions was seen one morning, resting in the road and lifting his head every so often to keep an eye on his surroundings.

Whenever a pride of lions arrives on the reserve that we haven’t seen in a long time, there’s always a bustle of energy in the team of trackers and rangers. Debates on the possible identity of the pride flare all over camp. We were treated with the Mhangeni Pride, a pride seen not too often, but could this mean they’re looking to expand their horizons?

After a bit of a tracking exercise, we spotted Kigelia female leopard in a tree, scanning the open area below her and followed her as she moved from one tree to another to get a better view.

The safest place for a leopard is in the high branches of a Marula tree. With lions not too far away from her, the Kigelia female looks more than comfortable to wait until the coast is clear. 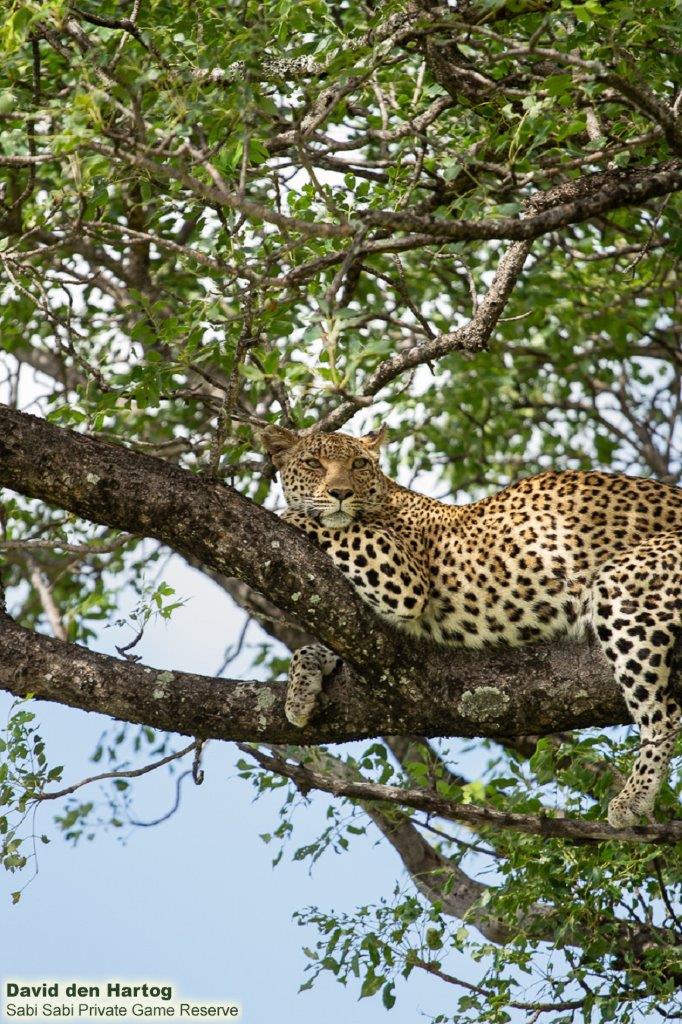 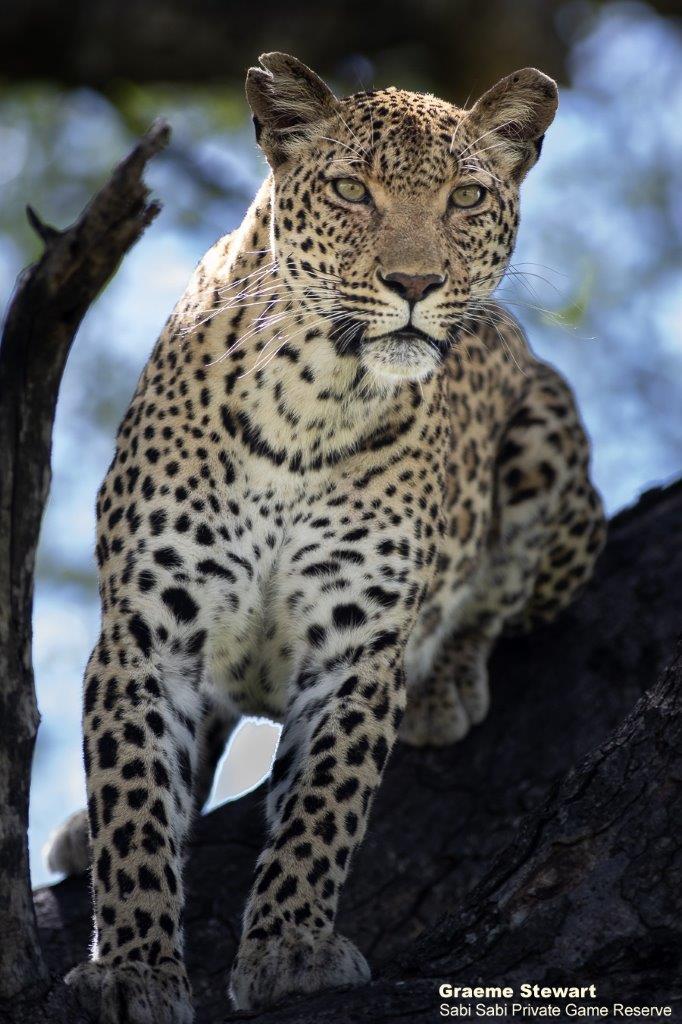 One of Kigelia’s cubs gave us and its sibling a fair warning to stay away from its food.

This young leopardess is currently searching for territory of her own after separating from her mother and for the first time, we found her pushing further West than ever before. 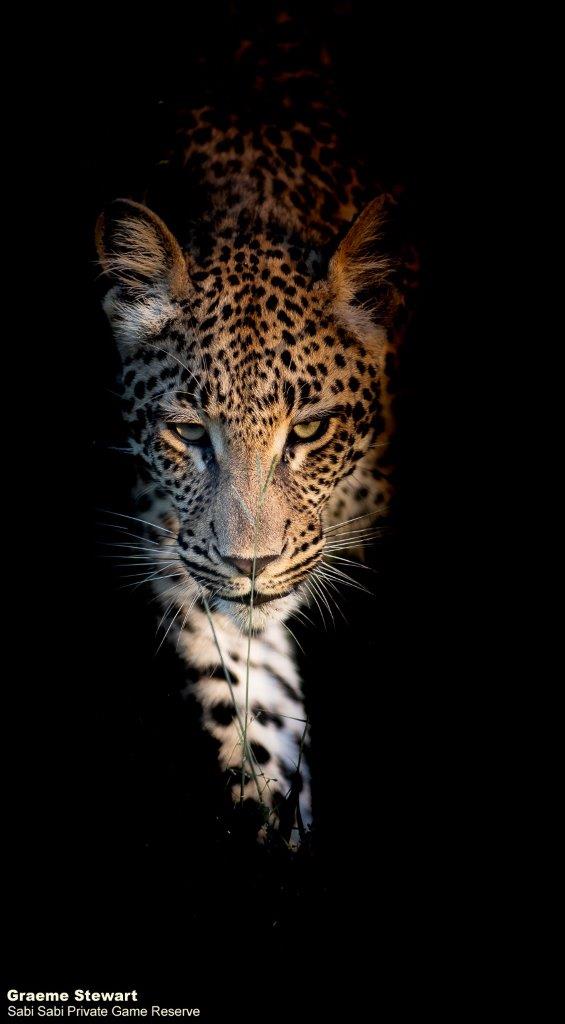 Second only to the Ethiopian Wolf, African Wild Dogs are one of these most endangered carnivores in Africa. It is estimated that only 450 to 500 individuals roam the Kruger National Park and the surrounding reserves open to it – this is why it is an absolute honour to view these animals as often as we do.

A few days ago, we were witness to a wonderful display of how wild dogs hunt and Amy was in the right place at the right time to capture it. Despite the wild dogs not being successful in their attempt, the sight and sound was something spectacular!

Together with the rest of the family, these two young Vervet Monkeys were foraging in the trees above. Their odd chattering call let us, and the rest of the troop know that they had their eyes on us, the suspicious creature in their midst.

Time to cool down and quench the thirst!!

Being up close to a giraffe allows you to focus on some of the finer details on this animal, whether it be the structure of the patterns on their fur or the bumps that seem to grow all over their head. These are calcium deposits that develop as males get older, the idea is that the deposits make the head heavier so when fighting they can swing it with more momentum as well as protect the head while “necking” with another bull. 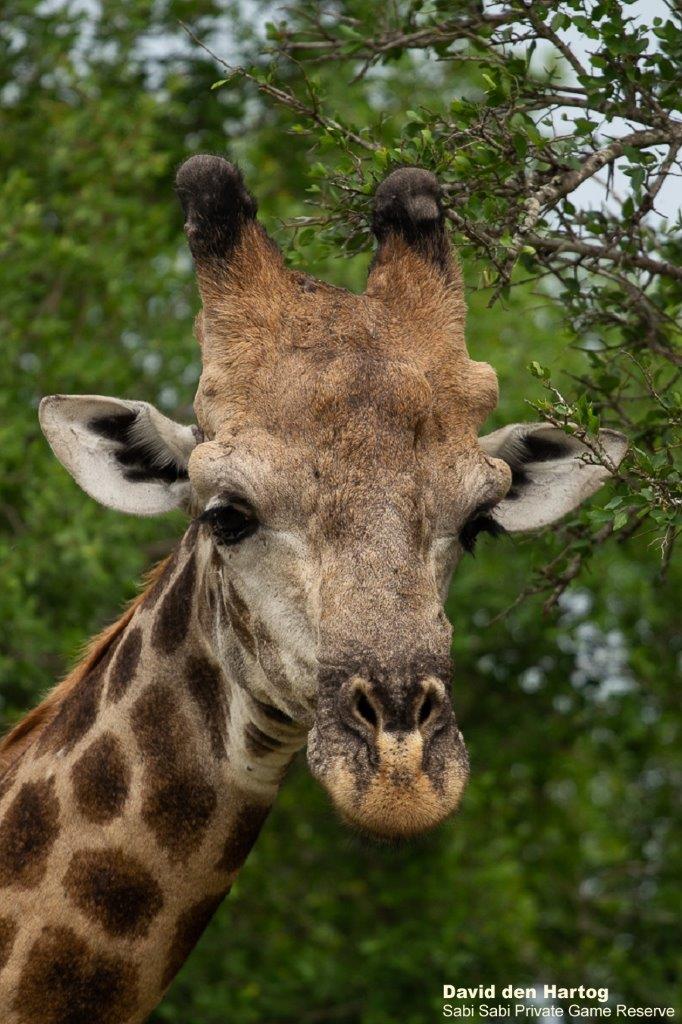 This young male impala’s horns are slowly starting to appear, indicating the beginning of his journey to maturity.

Oh, to be the baby of the family, with your older siblings always close at hand for a game and to keep an eye on you!

We couldn’t help but notice how the oxpeckers went on about their business as these two buffalo bulls clashed and locked horns.

The European Roller – one of the beautiful summer migrants we get to see at Sabi Sabi.

A first for Amy at Sabi Sabi, although not by any means very rare, this Grey-headed Kingfisher caught our eye with the brilliant blue plumage which is just a bit darker than the blue we are used to seeing.