The seasons are definitely changing and with the rain of last week, tufts of green are shooting up all over the reserve. It is wonderful to see this change unfold before us after a long, dry winter.

We found one of the Styx lionesses in the morning drinking water outside of Bush Lodge and followed her before she disappeared into the thickets.

The following morning, while enjoying our morning coffee before leaving on safari, we heard some vervet monkeys alarm calling close to the water hole outside of Bush Lodge. Suddenly the three Styx lionesses and their cubs appeared from the bushes, and with the excitement of the guests running high, we left our coffee and rushed to see them up close.

After tracking a pride of lions for quite some time in the morning, we were so happy to find the three Styx females, their cubs and two of the N’waswishaka male lions on a zebra kill. 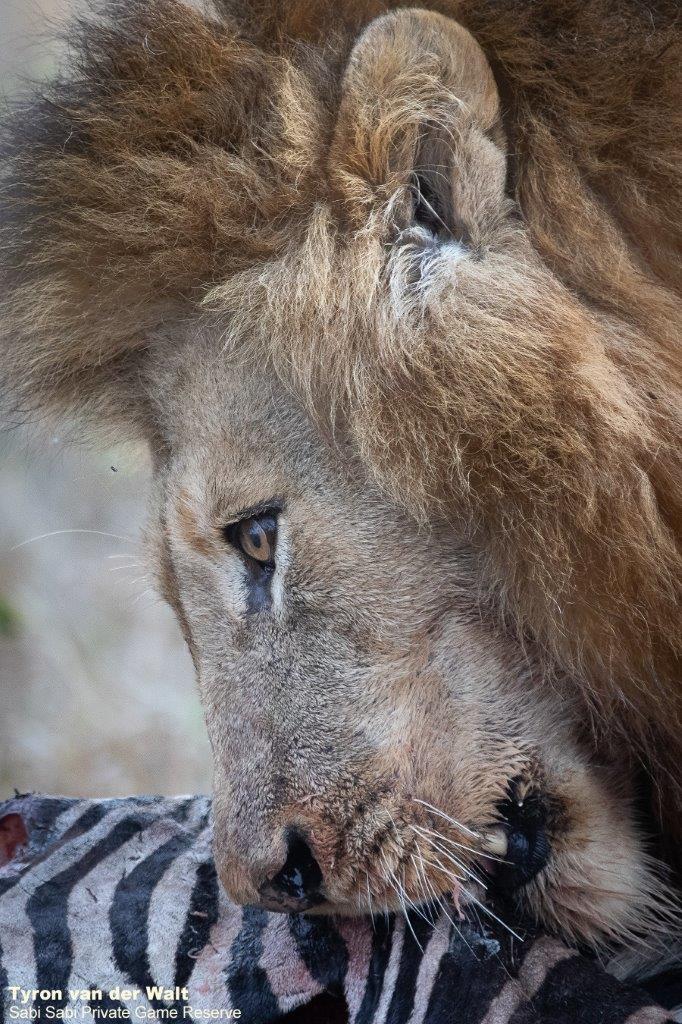 Three of the N’waswishaka male lions were seen with the pride the following day. The males lay around with full bellies after engorging themselves, and so allowing the females and their cubs to eat the remains. 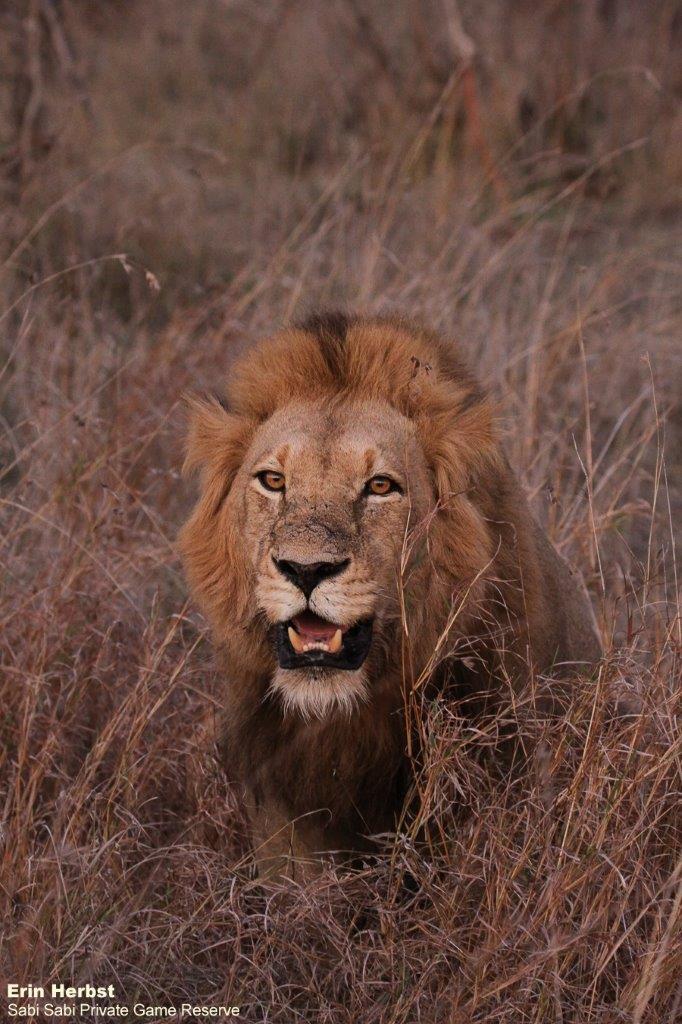 Our last sighting of these lions was just of the females and cubs as the males had left them during the night.

We had a couple of sightings of Kigelia. In one sighting, it seemed she was hunting but then went on to mark her territory. In another sighting, she was moving through some thickets before finding a spot to rest.

Ntsumi’s cub was trying her best to stalk a duiker, but she was soon caught out by some vervet monkeys in the area who started alarm calling, and she very quickly abandoned her hunt.

A few days later, mom and cub were seen on a small duiker kill. The two leopards were lying on some rocks at first but soon the cub ascended the tree to continue enjoying her mother’s hard work while a hyena kept close by.

We found the White Dam male leopard finishing up on the remains of his impala kill that he had hoisted into a tree. Great to see him again! 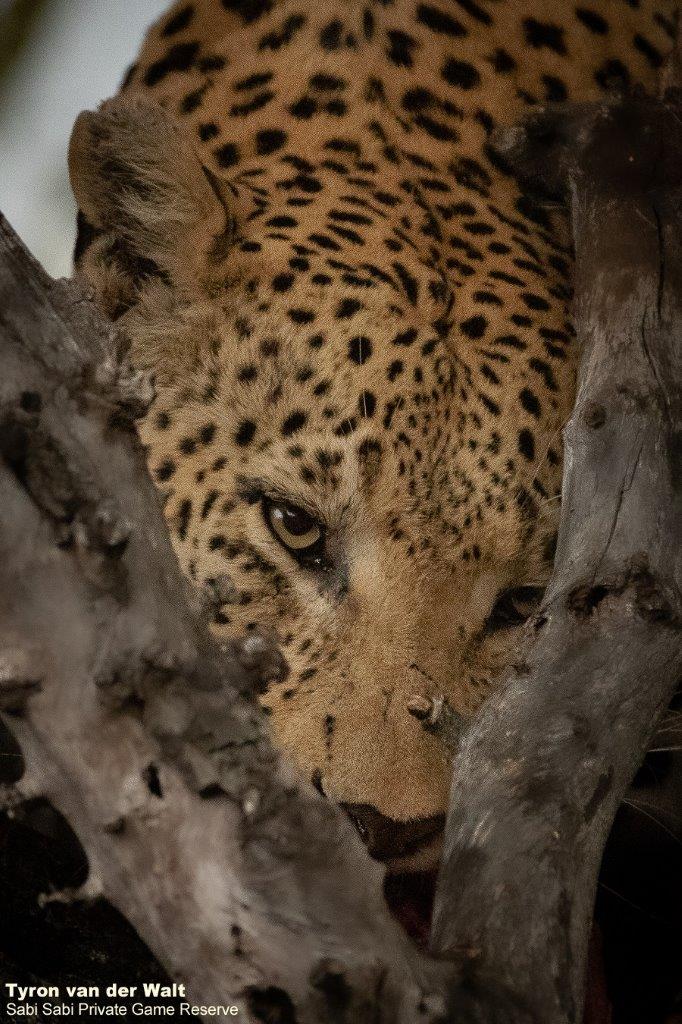 We were lucky to find a pack of wild dogs one morning as they were finishing up the remains of a duiker that they had caught earlier in the day.

The following day, a pack of wild dogs were surrounded by vultures waiting to grab any leftovers from the impala the dogs had killed. We watched the youngsters chasing after some of the vultures that were landing too close, being careful not to stray too far away from the adults.

After leaving the lodge one afternoon, we decided to start looking in an open area close to Little Bush Camp, and to our surprise we found this male cheetah resting underneath a small tree. The following morning, he was in a different open area, quite far from where we had seen him previously. 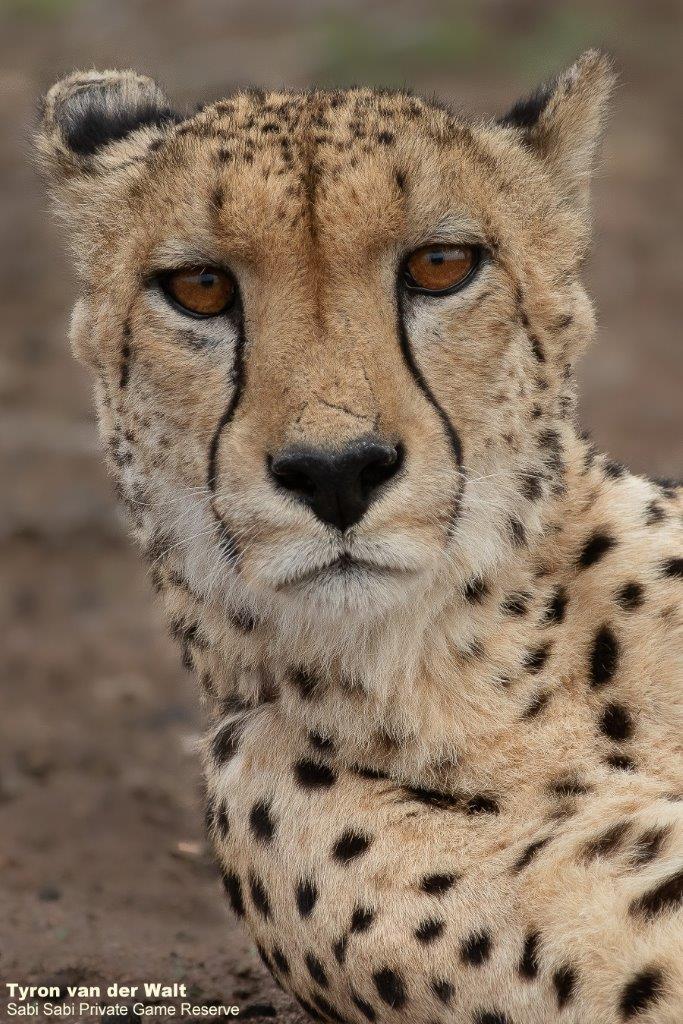 A male Saddle-billed Stork, easily identified by his dark eye and the presence of his yellow wattle.

The Black-backed jackal is less commonly seen than the Side-striped jackal here at Sabi Sabi, so we were fortunate to see this one running across an open area and then stopping briefly to look at us before continuing along its way.

The sun peered out briefly from behind the clouds, lighting up these young waterbuck perfectly.

As the sun started to set, this Southern Ground Hornbill flew off from a nearby tree to join up with three other individuals nearby.

We watched a few male giraffes moving around a small watering hole in the hopes that we might watch one drink, but the foliage of the trees seemed to have been the reason for their presence.

While watching a herd of buffalo, their movement seemed to have caused this Verreaux’s Eagle-owl to move out of its spot in a tree, catching our attention.

Although impala are the most abundant antelope species occurring in the Greater Kruger National Park, they are still one of the most admirable.

This crocodile was sunbathing on the side of a small pan, allowing us to view his incredibly large body.